My first visit to the Wind Rivers took place on June 5, 1981 when I visited Green River Lakes. Squaretop Mountain towers over the South End of the lakes. The peak hypnotized me and I knew that I had to return. In June, the area above the lakes was still blanketed with snow so we explored the low country. We observed moose, deer and elk on day hikes and vowed to return. 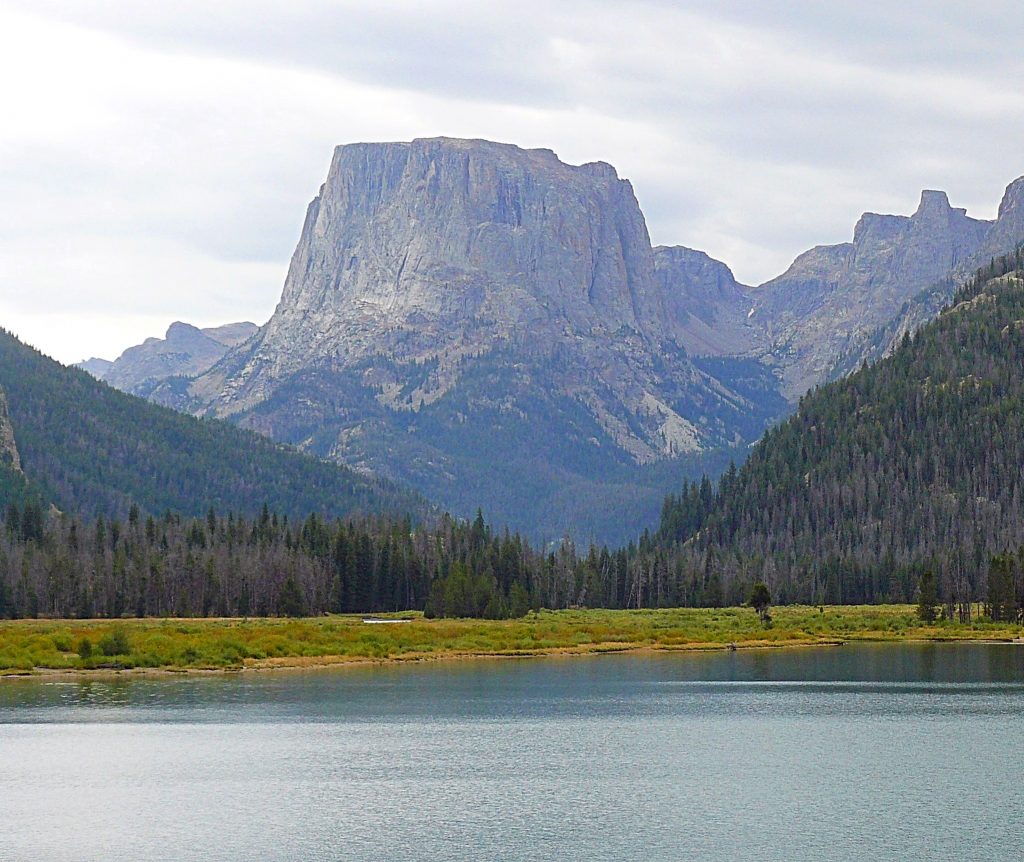 We returned on July 2nd and spent 5 days hiking around Squaretop Mountain as we made a 34-mile loop trip. Our route took us past Green River Lakes to the Porcupine Trail which we followed to Porcupine Pass (10,700 feet). From the pass, we descended down the New Fork River to a junction with the Clark Creek Trail at around 9,500 feet. We climbed up the Clark Creek Trail to Kenny Lake and then crossed an unnamed pass due south of Squaretop Mountain and west of Greeley Point. This area around the unnamed pass was all above treeline and was a twisted, complex granite terrain. We had planned to climb Squaretop Mountain from the unnamed pass, but the intervening terrain and isolated thunderstorms persuaded us to give up an attempt.

We dropped down to Clark Lake, set up camp and waited out the storms. The next day, we continued down until we met the Green River and the Highline Trail which we followed back to Upper Green River Lake where we camped. On the final day, we hiked back to the trailhead.