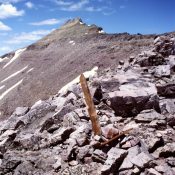 The most popular route to 13,528 foot Kings Peak, the highest point in Utah, comes in from the north starting at the Henrys Fork Trailhead. The summit is roughly 15 miles from the start of this trail. In 1993 hiking to destinations in an unorthodox manner served as a good counter to my structured work life as an attorney. I have always chaffed at convention so in planning a climb of Kings rather than consider the standard approach, we decided to approach the peak from the east. The perks associated with this decision included following a “trail less traveled,” meaning, we hoped, fewer people and the opportunity to experience more of High Uintas.

We planned our trip with the assistance of High Uinta Trails by Mel Davis and John Veranth which had all the route information we needed. Our eastern approach began at the Chepeta Lake Trailhead and would follow the Highline Trail all the way to Anderson Pass on Kings Peak’s north ridge. This trailhead was about as far from Boise as you go and still be in the Unitas. The road access is from Utah-121. Turn off the highway and drive through the town of Whiterocks. The guidebook recommends zeroing out your odometer at the Post Office as you head north. In 3.6 miles there is a junction for Uinta Canyon, continue straight. The road was well maintained when we traveled to the trailhead. At 22.1 miles keep right and at 25.8 miles keep left. The trailhead is found at 32.8 miles from the Whiterock Post Office.

The 10,600 foot trailhead held one other car when we arrived on August 8th. I took this as a hopeful sign we would see few people on the trail. We hiked from the trailhead to 10,800 foot Fox Lake crossing over North Pole Pass, 12,400 feet on the way, a distance of ten miles. Most of the route was above treeline with excellent views. The first thing that struck me was the eroded, rocky the trail which indicated a lot of use by horses. The second thing was that the mountains were built on a much bigger scale than Idaho mountains. The range is 130 miles long by 35 miles wide. The high country is protected in the High Uintas Wilderness Area. With out belaboring the point, the Uinta Range is a truly massive mountain group. I mean massive in the sense that the mountains are immense and the high valleys are even bigger. 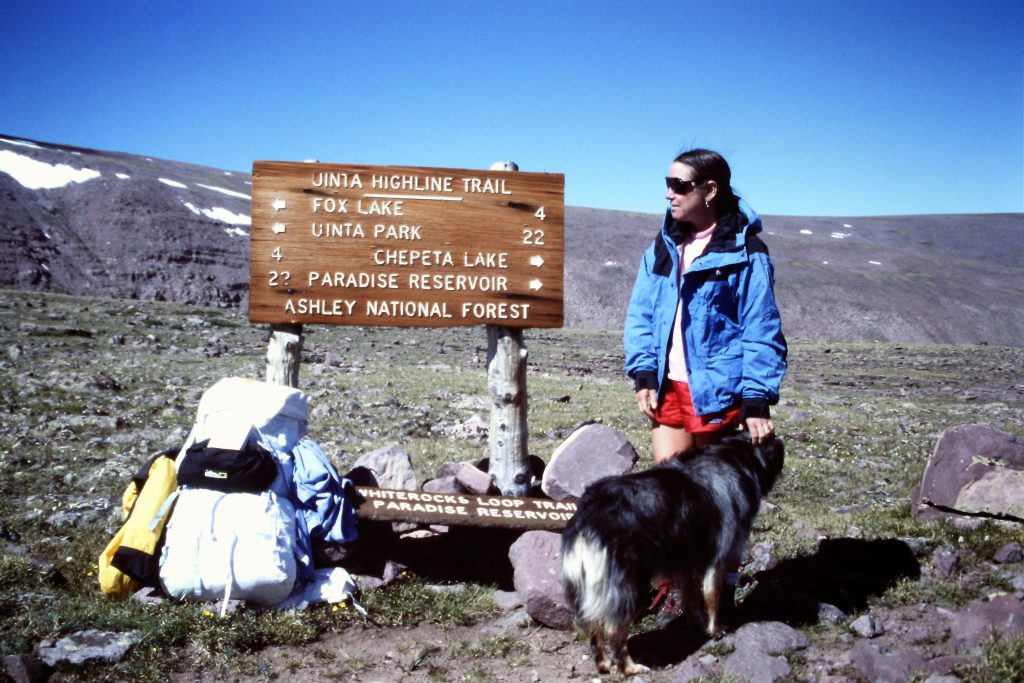 Fox Lake is a reservoir and was great place to camp with plenty of room. There were a dozen or more people camped at this late who had hiked in from Uinta Canyon. I suspect on some weekends the lake gets really crowded. 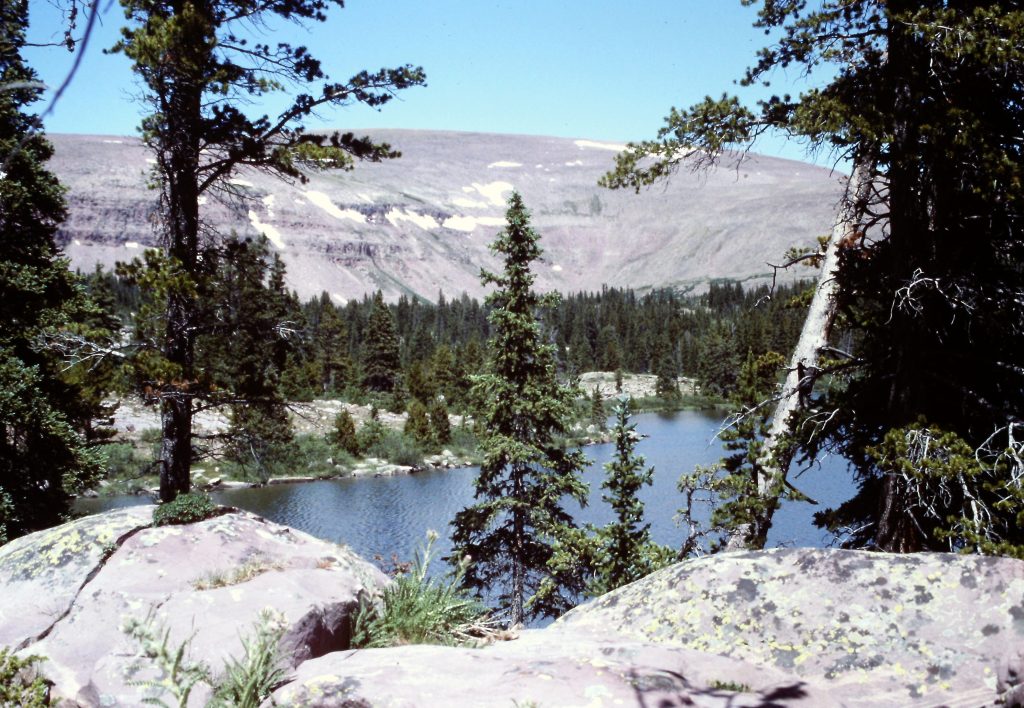 The second day we hiked nine miles past Kidney Lakes and set up camp at a small lake just south of Milk Lake at roughly 11,000 feet. There were scattered thunderstorms which required that we camp below treeline. The trail was in good shape and meandered up and down, mostly just below treeline. We had this small lake to ourselves. 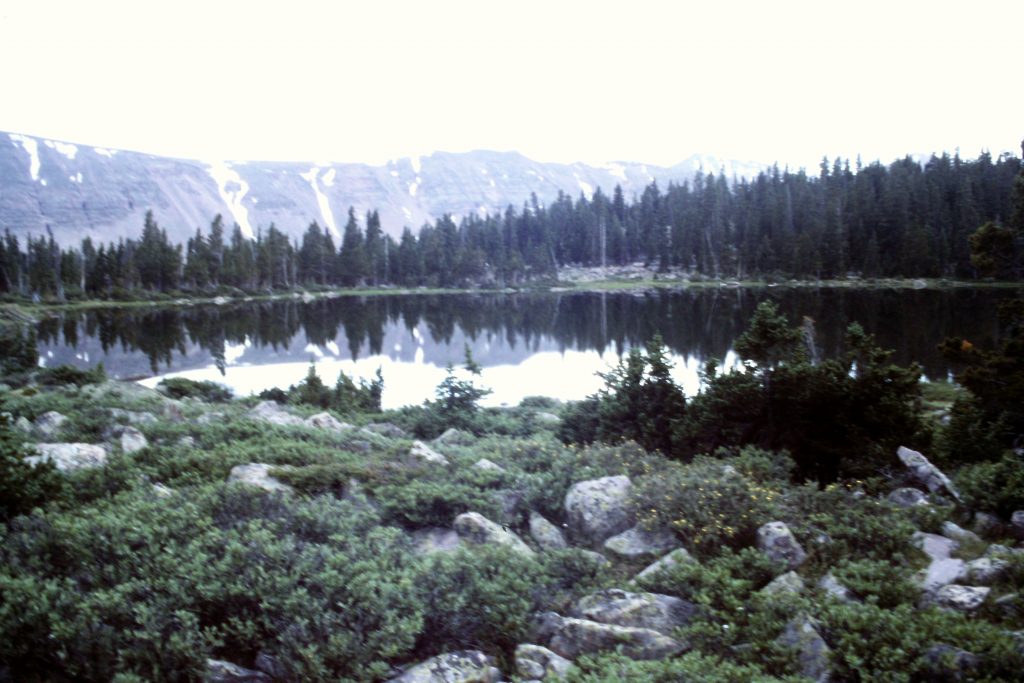 Our second camp was at this unnamed lake which was just south of Milk Lake.

On day three we set out early for Kings Peak taking the trail to 12,400 foot Anderson Pass which crosses Kings’ north ridge. Once on the pass, we decided to do a shuttle to the summit because our dog’s feet were sore. It was seven miles to the summit from our camp. We saw our first real concentration of people of the trip as we climbed the Class 2 north ridge. The ridge was not difficult with boulder hopping being the crux. After the climb, we trudged the seven miles back to our camp. Our water filter failed that evening but other wise it was a great day with perfect weather.

Kings Peak was a nice climb but the most impressive feature we saw on day three was Painter Basin. Boise, Meridian and Eagle would easily fit into this gigantic basin with room to spare–even more impressive when your realize the basin is mostly above 11,200 feet. 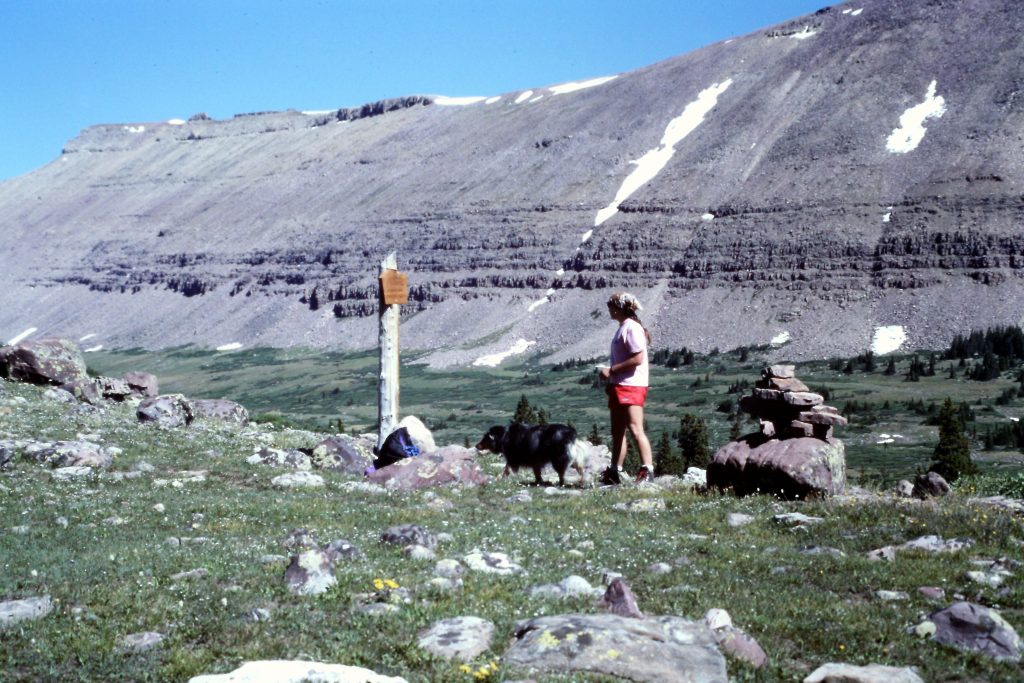 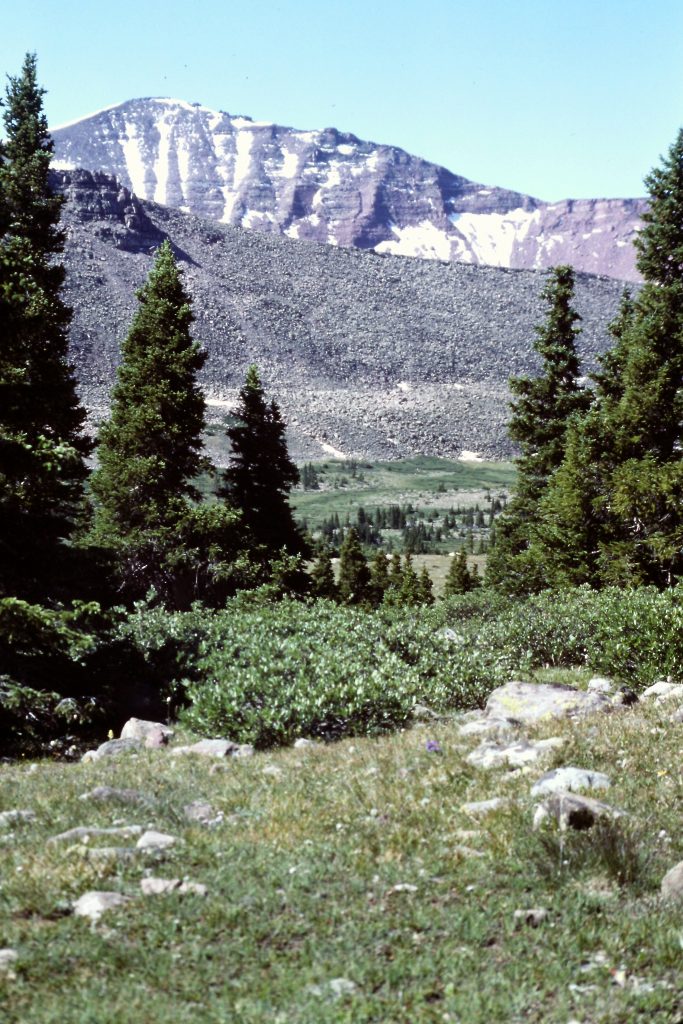 Looking down into Painter Basin from the Highline Trail. 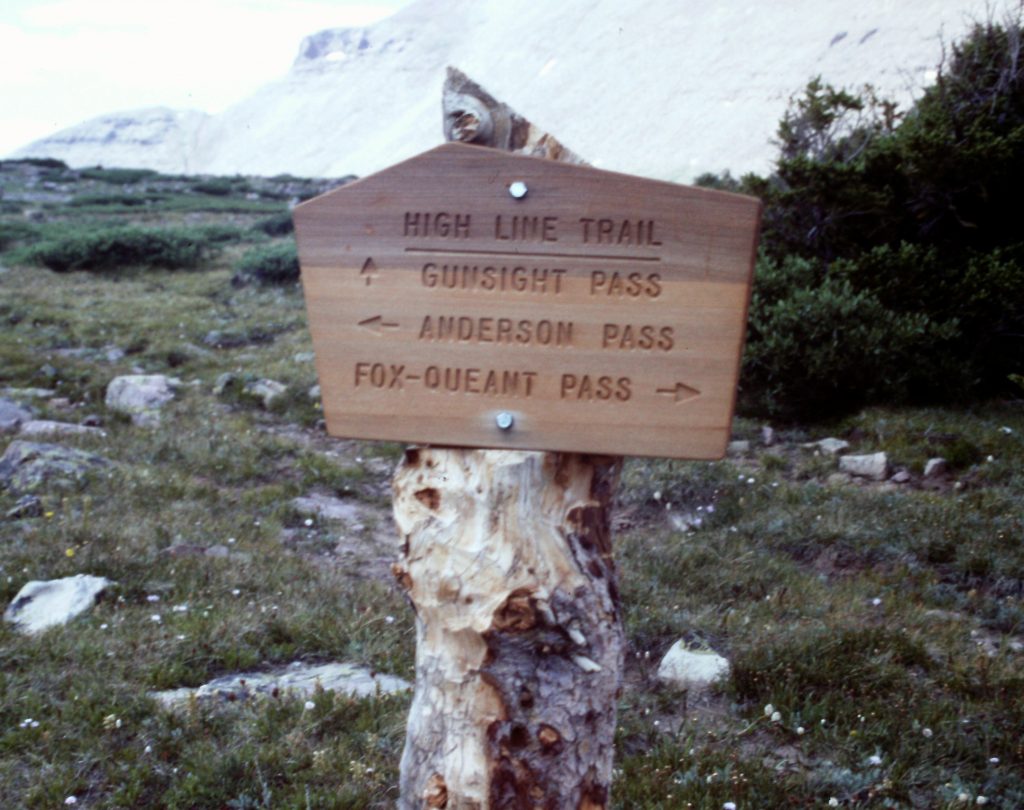 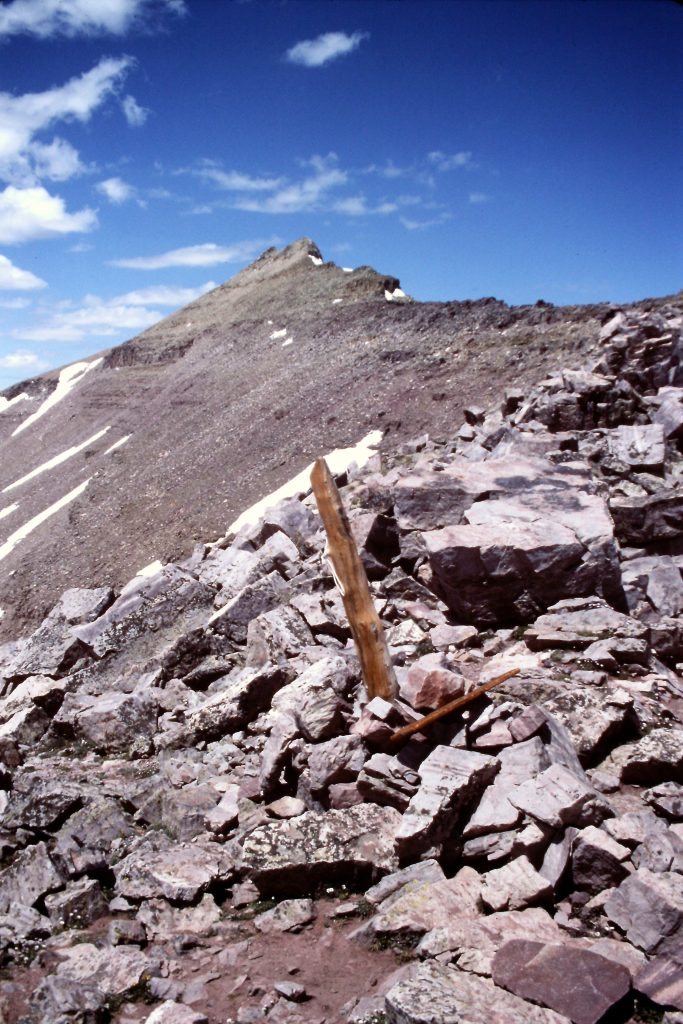 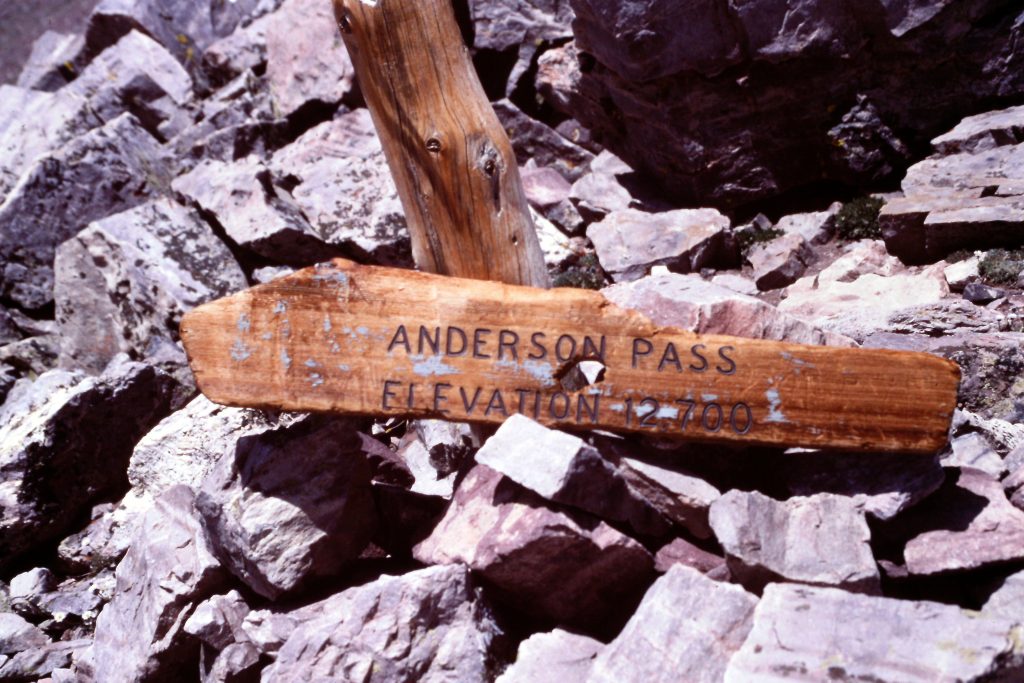 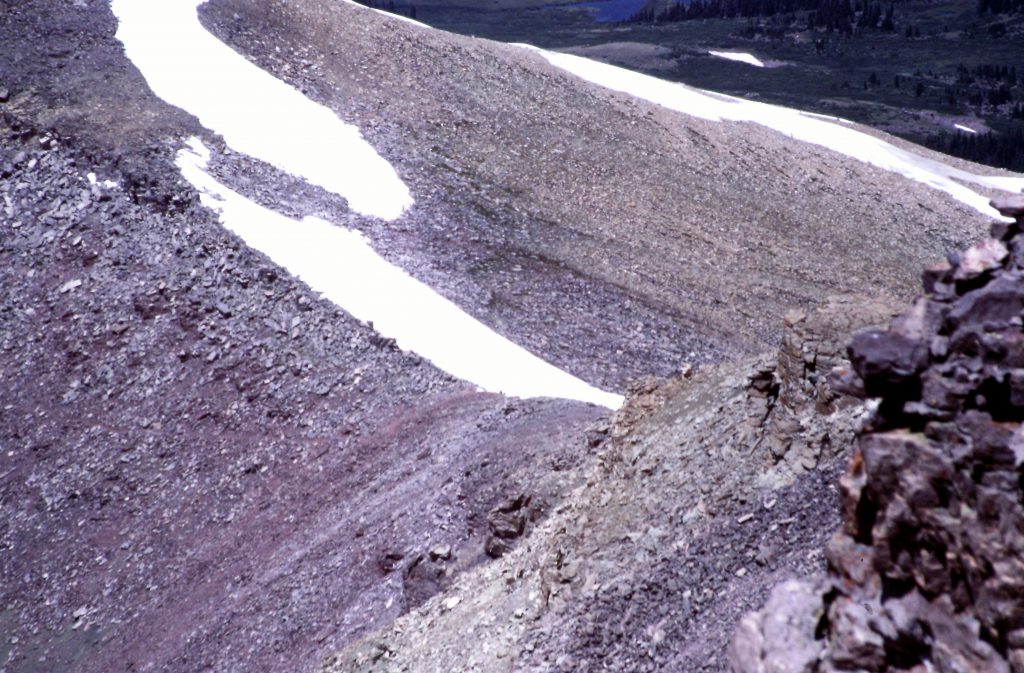 Looking down to Anderson Pass from Kings Peak’s north ridge. 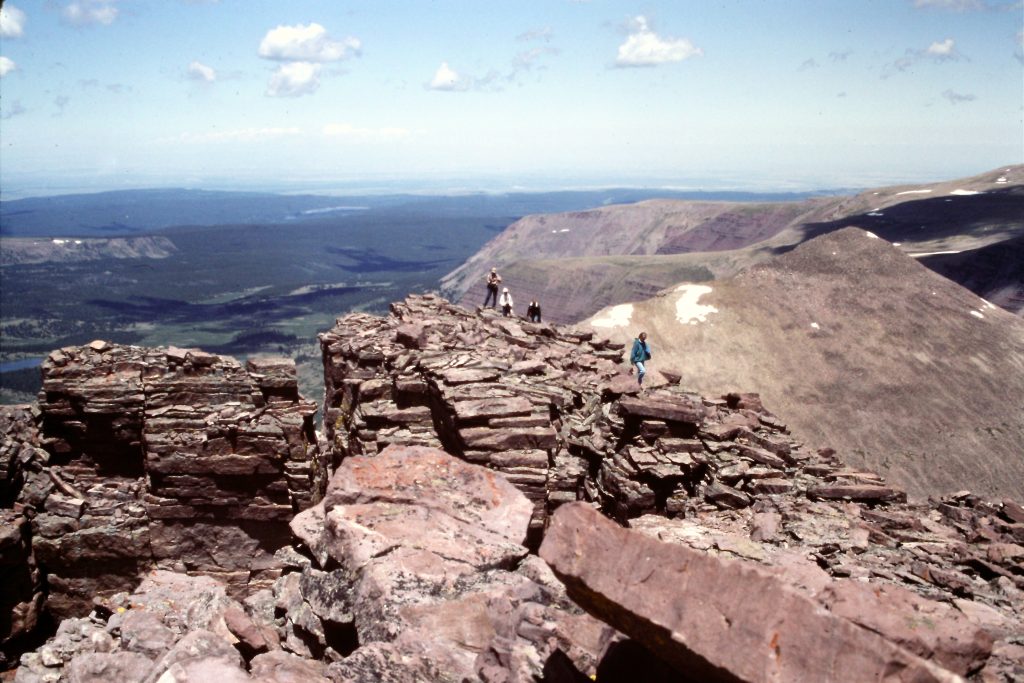 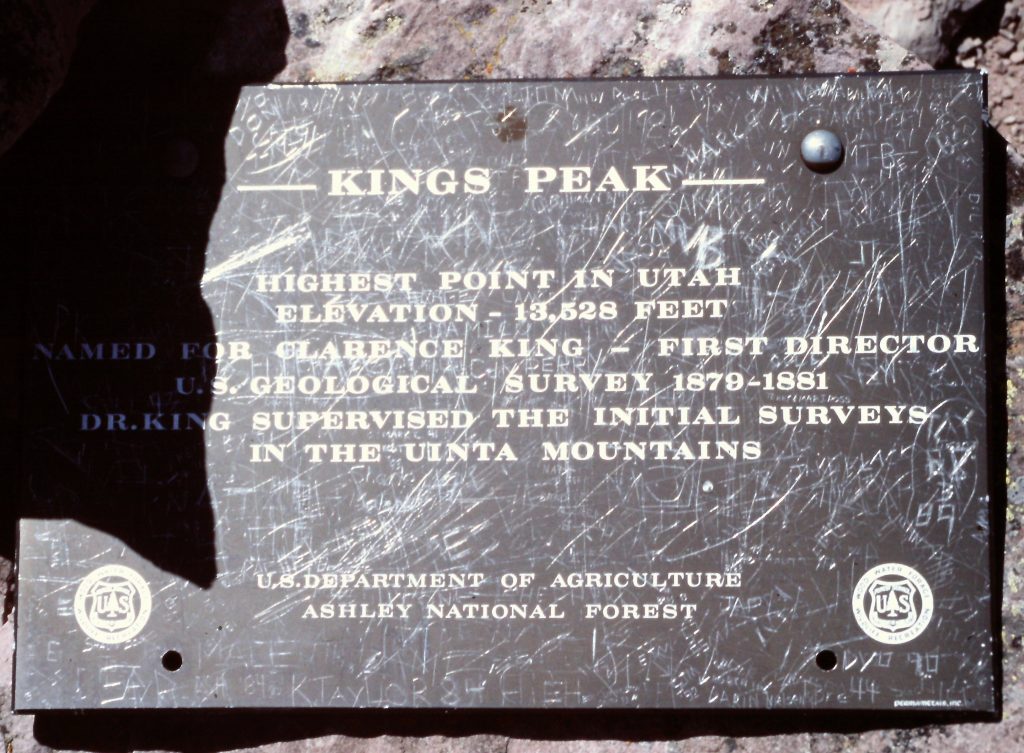 Plaque on the summit. 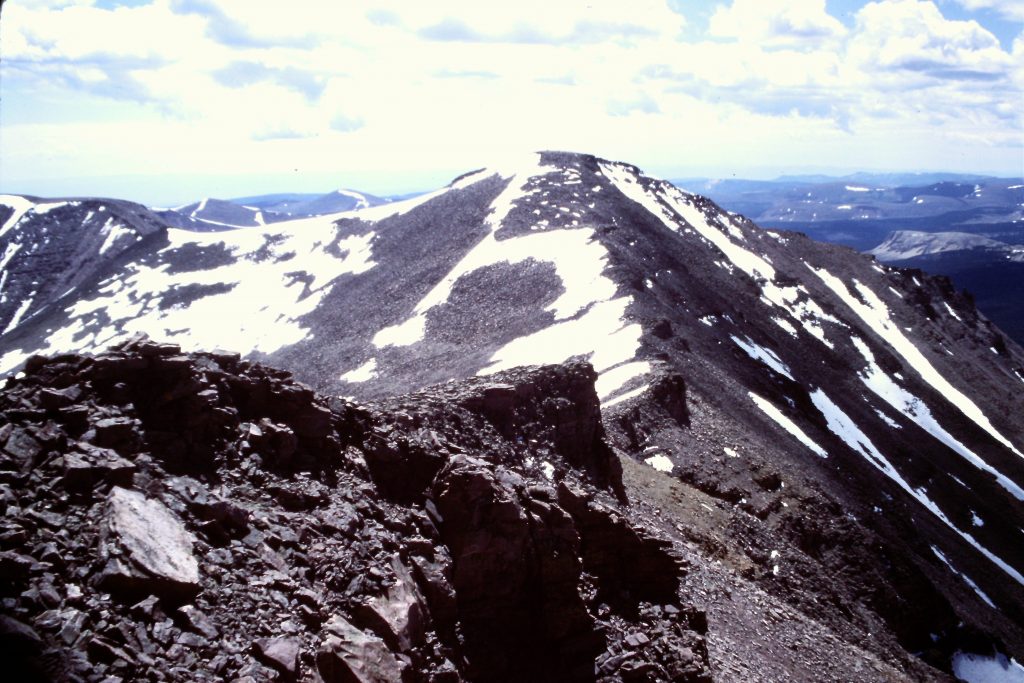 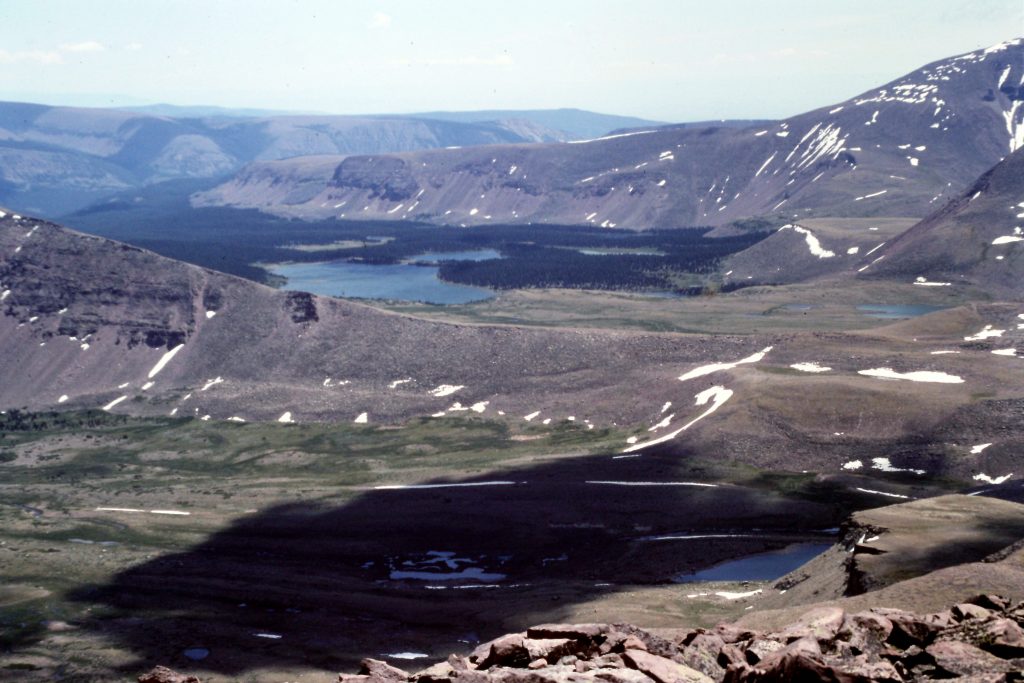 Looking west from Anderson Pass towards our starting point. 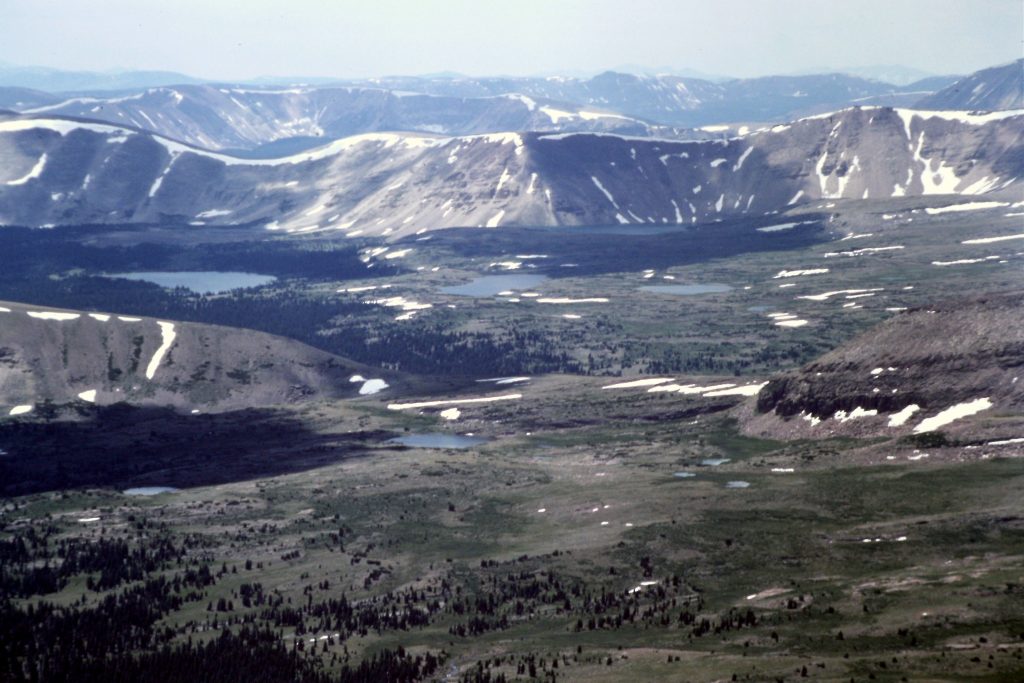 Looking west from Kings Peak. There are a lot of mountains to explore.

Day four was time to head back. It was 20 miles back to the car. We broke this up into two days, hiking nine miles to Fox Lake the first day. We found our prior campsite occupied but easily found another campsite.

Our last day we hiked back to the trailhead via 11,600 foot Fox-Queen Pass which made for eleven mile walk.

The Uintas are popular and I suspect more crowded today than during our 1993 trip. The high country offers many lakes for camping. The are many big peaks spread out long the Highline Trail. I recommend taking at least seven days to explore this fascinating country.