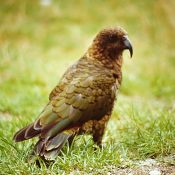 The Milford Sound Track is New Zealand’s best know trail. The trail, located in Fiordland National Park, is often rated among the world’s best hikes. The trail is 33 miles long and begins on the shores of beautiful Lake Te Anau. The trail crosses through beautiful glacially carved valleys and crosses MacKinnon Pass on it’s way to Milford Sound. Along the way you will see towering mountains and New Zealands tallest waterfall, Sutherland Falls.

Although in 1975 you could get a permit to hike the trail on your own, I opted for a guided trip that included room and board in the government operated huts along the way. I highly recommend this mode of travel as it will give you a chance to hike with a wide variety of people. 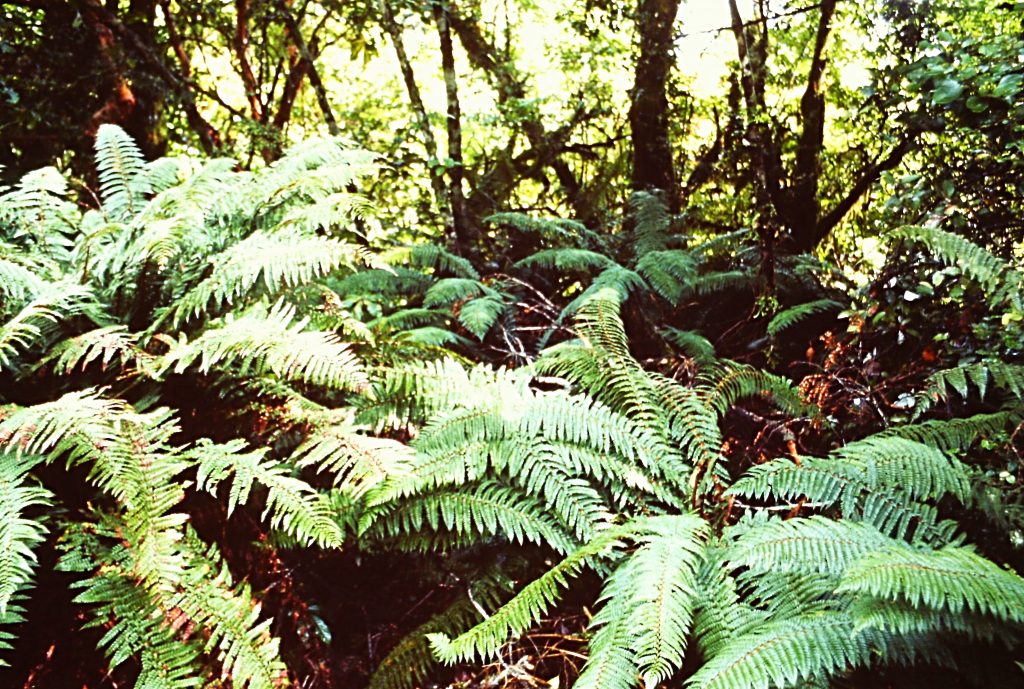 The firms were perhaps the most impressive vegetation along the trail.

The first day we traveled by boat across Lake Te Anau to the start of the track. The trail started out crossing a suspension bridge then proceeded through a beech forest to the Clinton Hut. The hikers in our group were served a communal meal. There was a big world map in the dining room with pins designating where visitors were from. People from all over the world had placed pins on the map. Our host had the visitors from each country get up and sing a song from their country. Fortunately they let the three Americans go first. We sang Home on the Range. I said fortunately we got to go first because the biggest group of hikers were the Australians who did an incredible rendition of Waltzing Matilda. 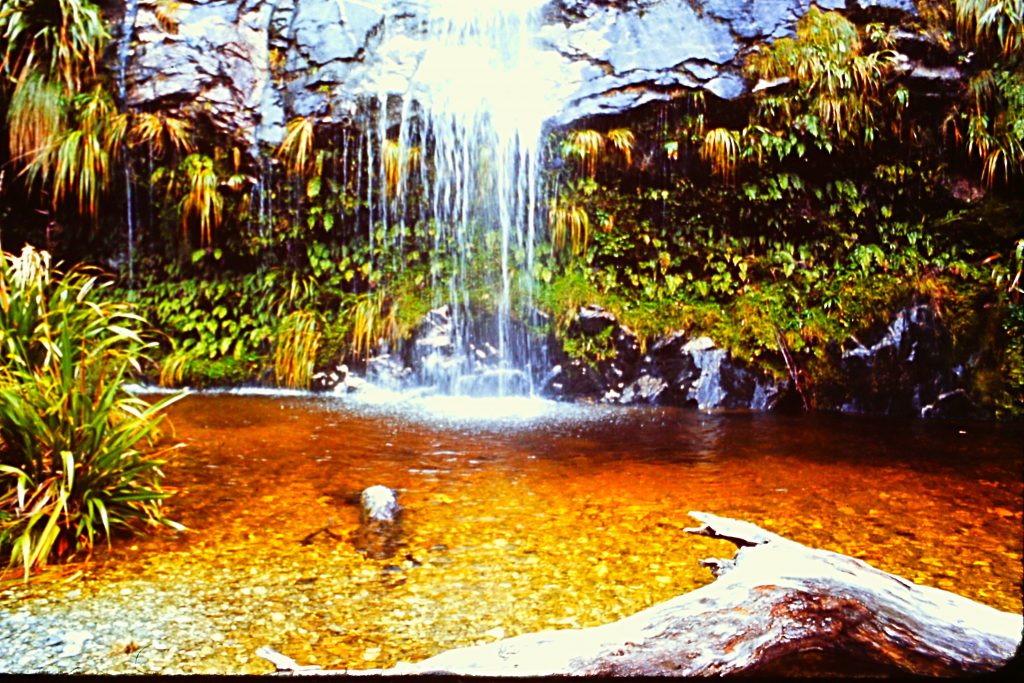 The hike began in earnest on the second day when we traveled from the Clinton Hut to the Pompalona Hut (now know as the Mintaro Hut) in just over 10 miles. The hike climbed gradually up the Clinton River valley to Lake Mintaro and then through a large meadow passing by Hirere Falls. Soon after the falls we had a view of Pompolona Ice Field. 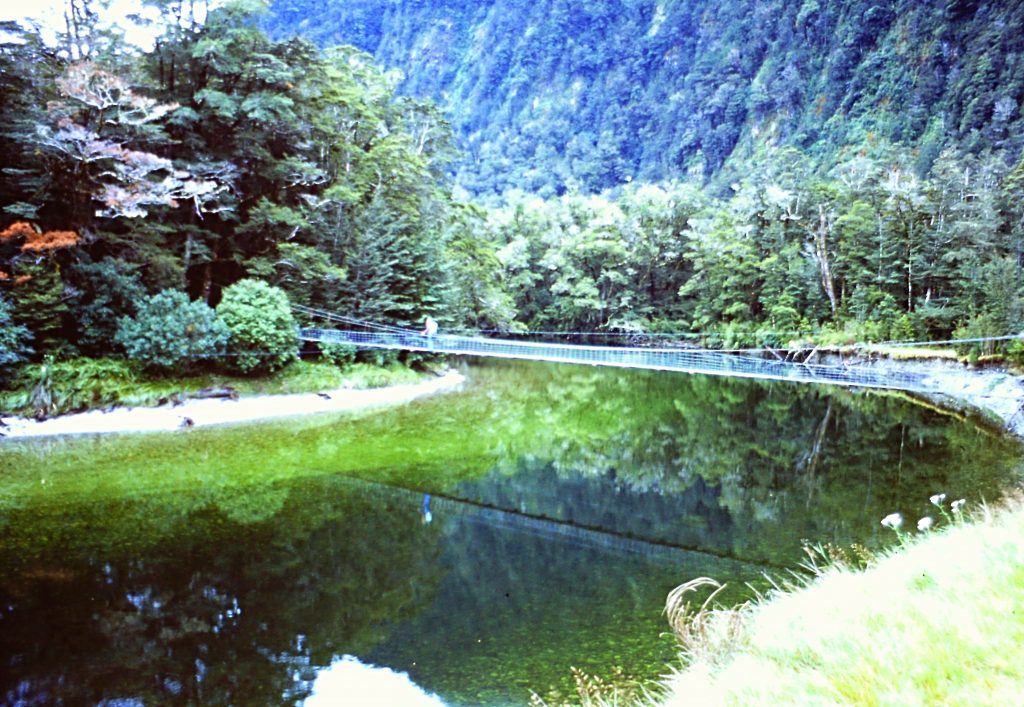 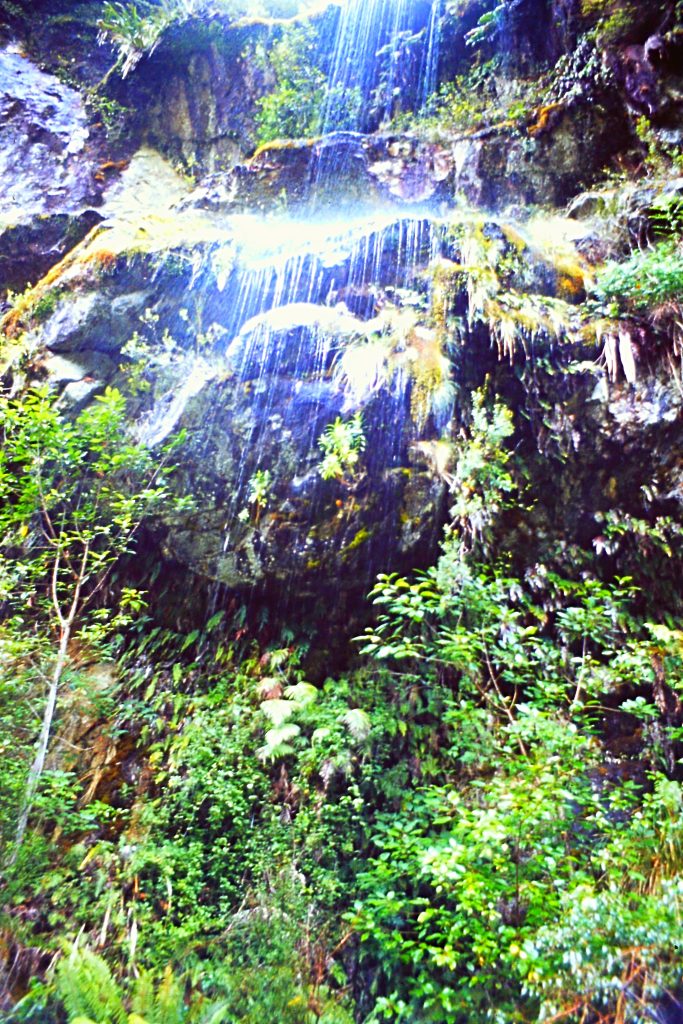 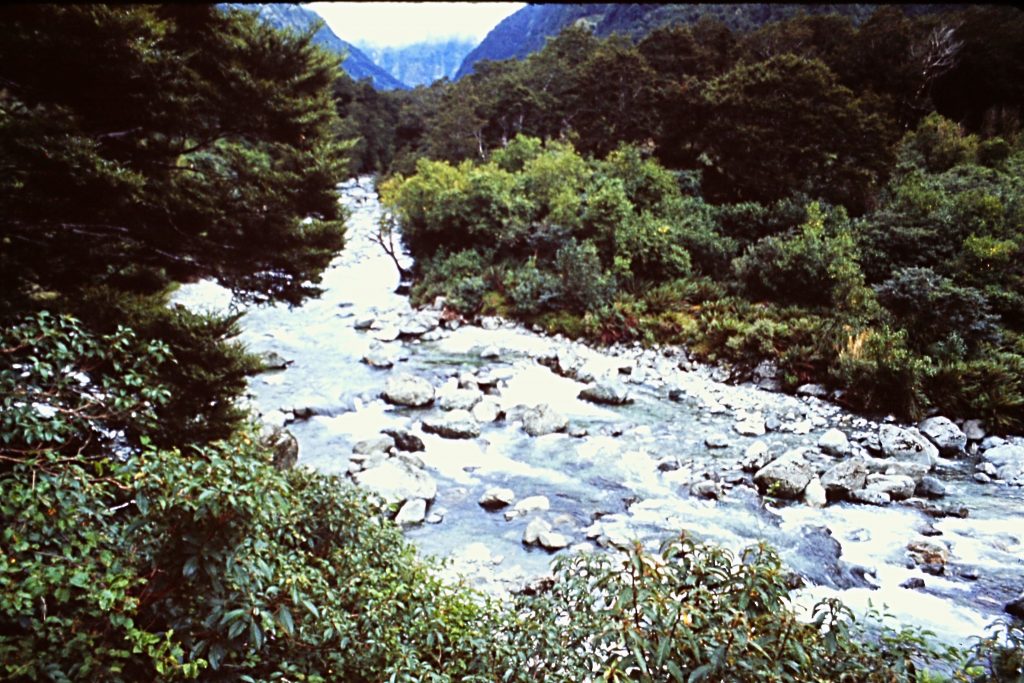 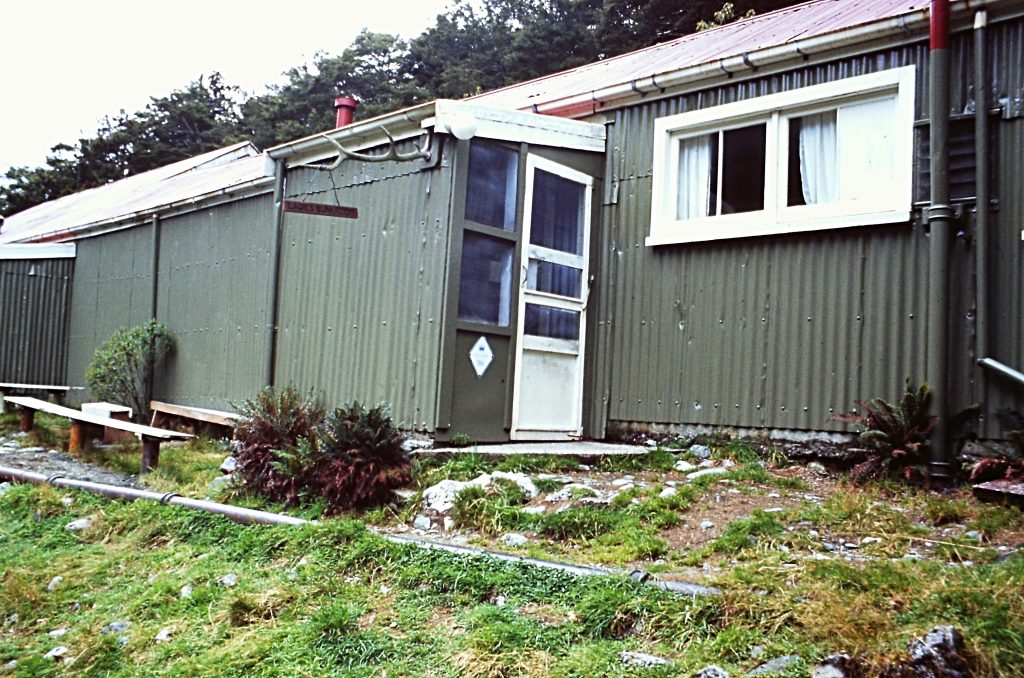 The third day we left the Mintaro Hut heading over Mackinnon Pass, 3780 feet, to reach the Dumpling Hut, with about nine miles of walking. As we climbed up toward the pass we had great views of Lake Mintaro and the Clinton Valley. From the pass, we should have had a great view out to Milford Sound and of the surrounding mountain peaks. Unfortunately, the pass was socked in and we could see nothing. We followed the trail down under increasing stormier conditions reaching the hut just before a downpour. They were about 25 people in our group and the we were allowed to walk at our own pace. Those who were at the tail end of the group that day had a difficult time crossing several rain swollen creeks. 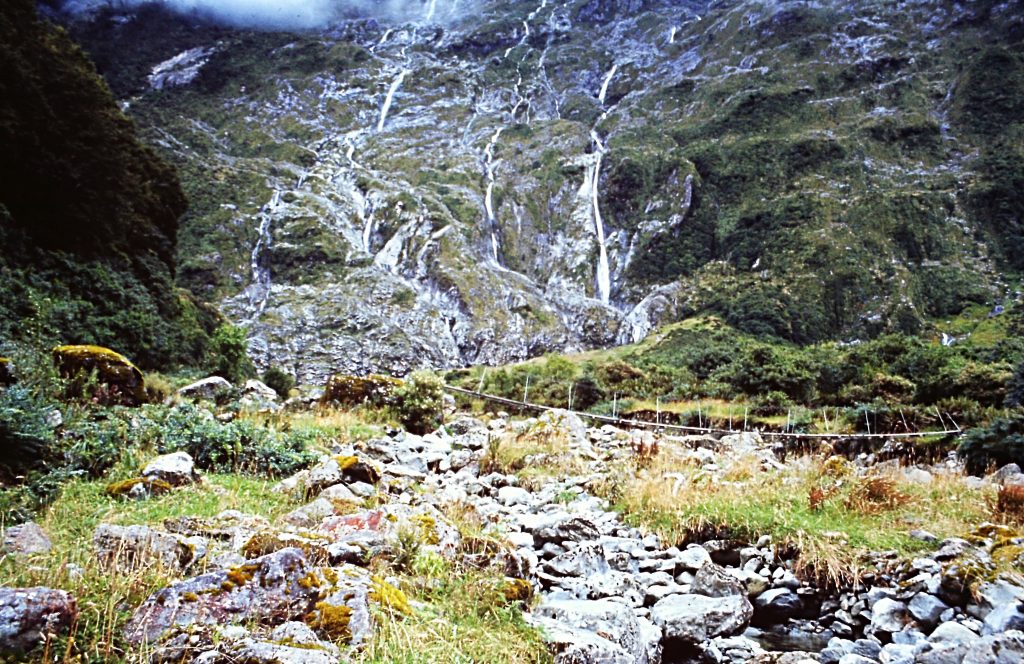 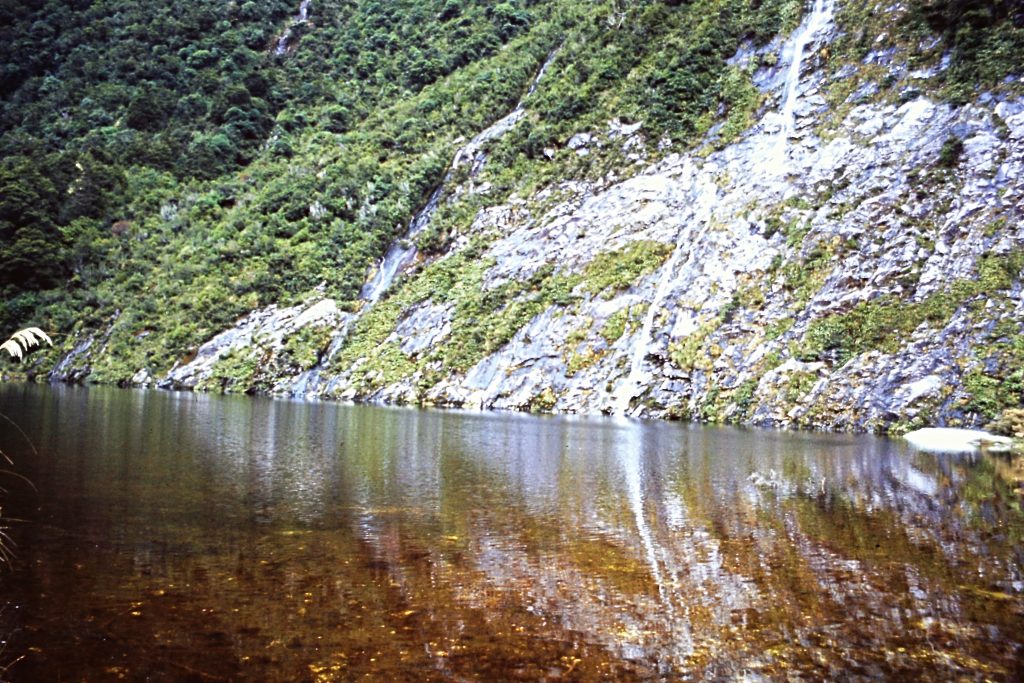 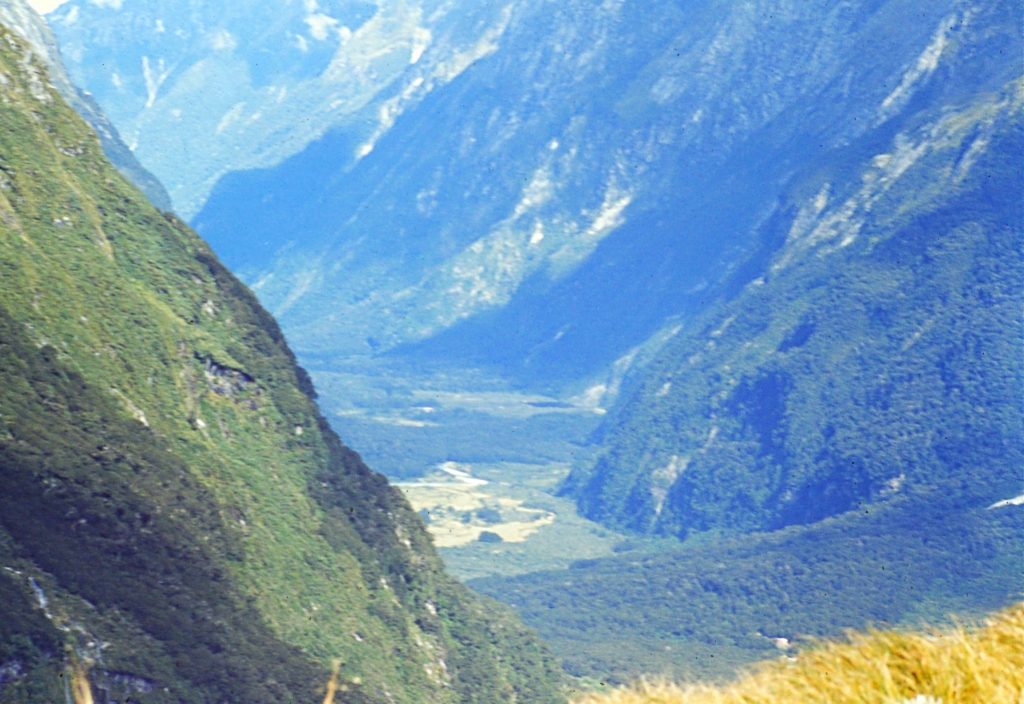 The next day was a rest day. So several of us hiked back up to Mackinnon Pass and also took a short trail which lead to Sutherland Falls. The falls drops 1,903 feet dropping in three steps. The weather this day was perfect. 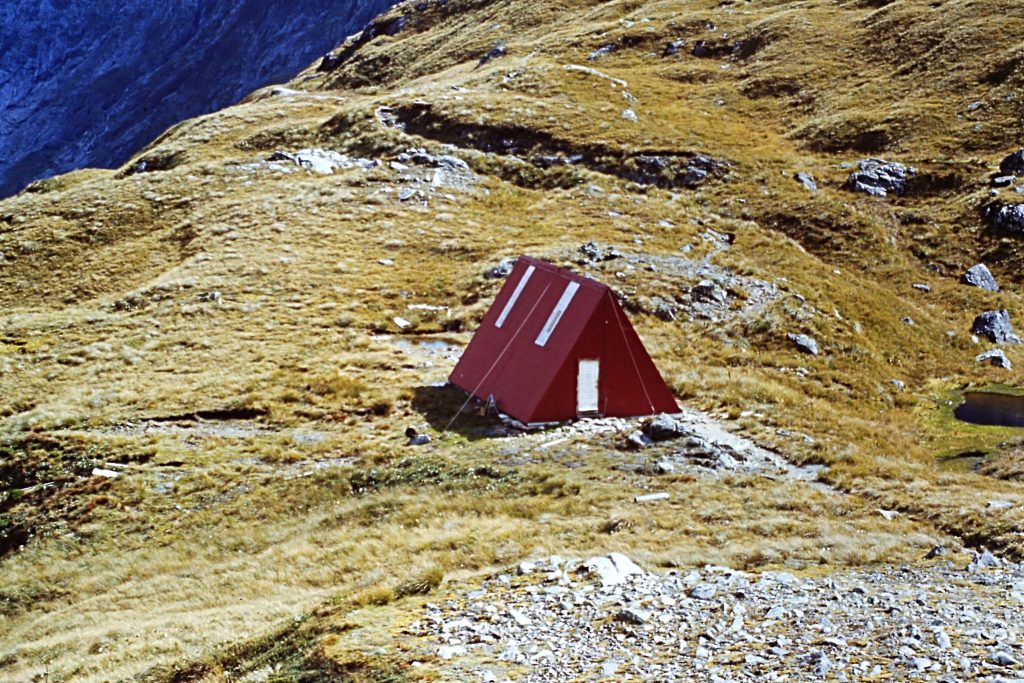 The hut on Mackinnon Pass. 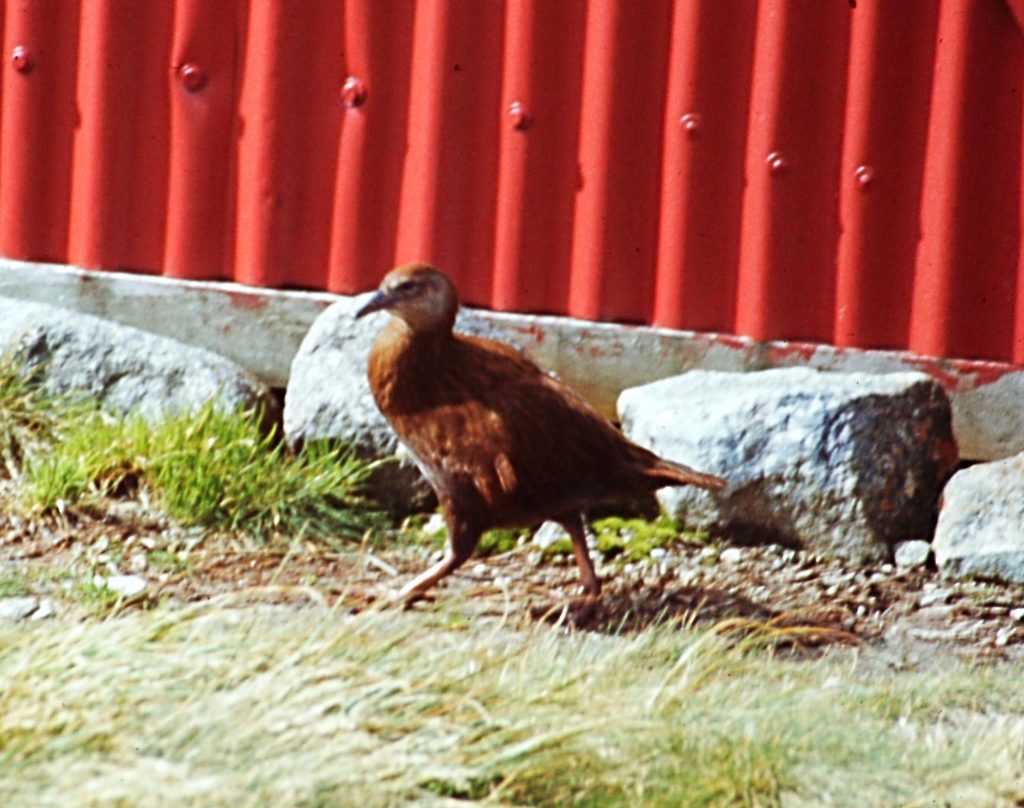 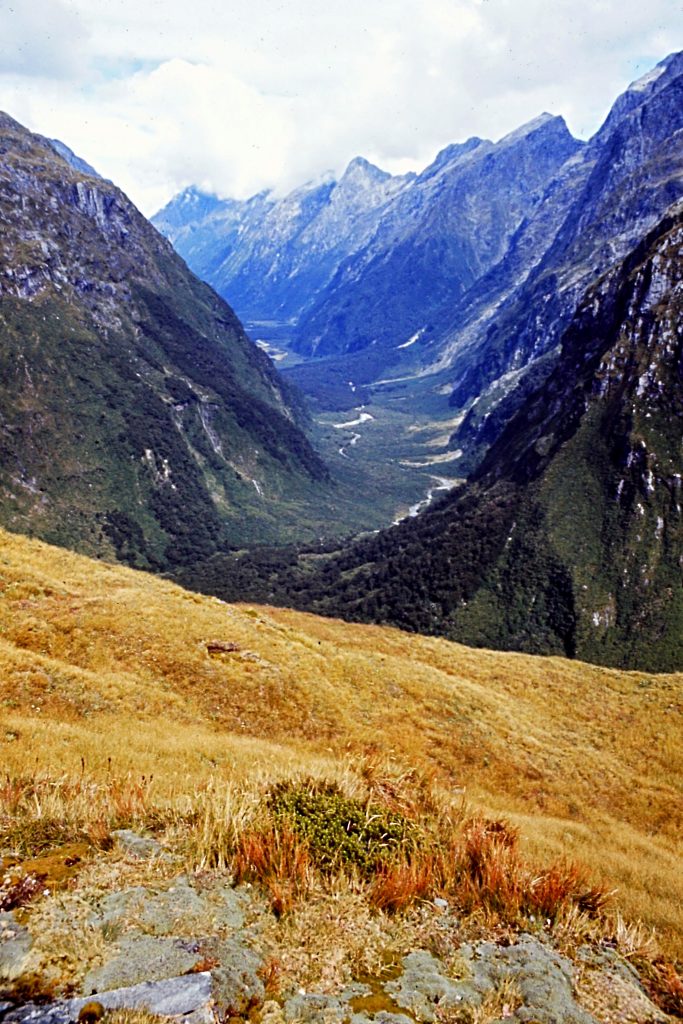 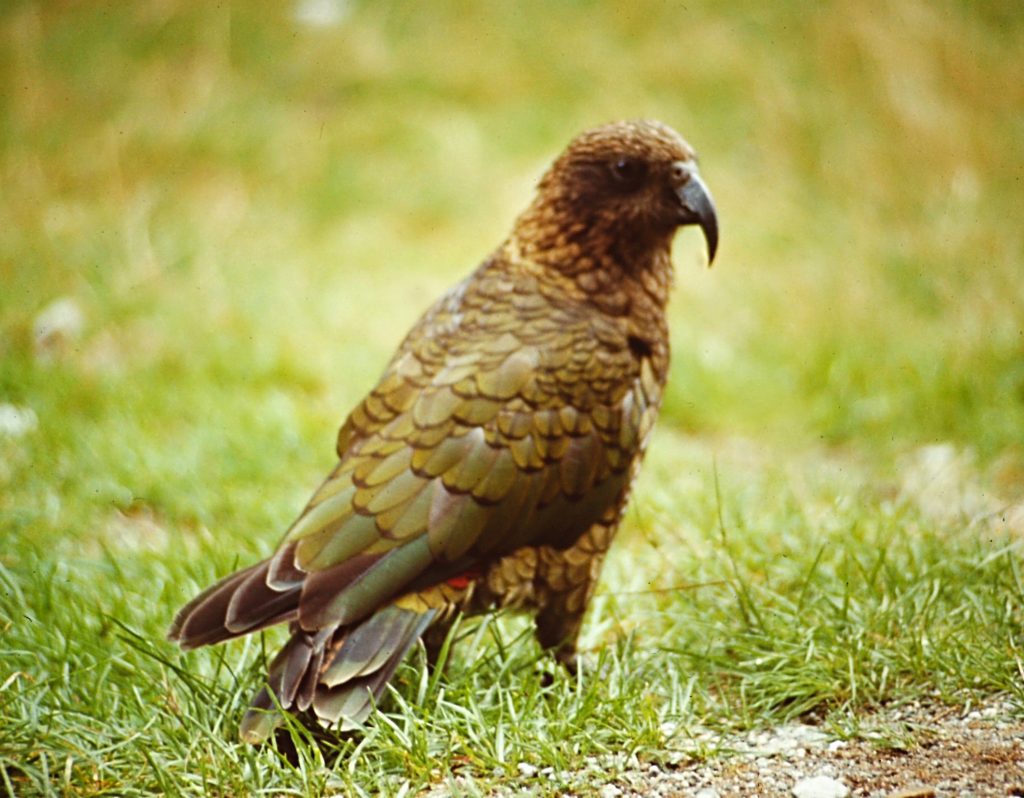 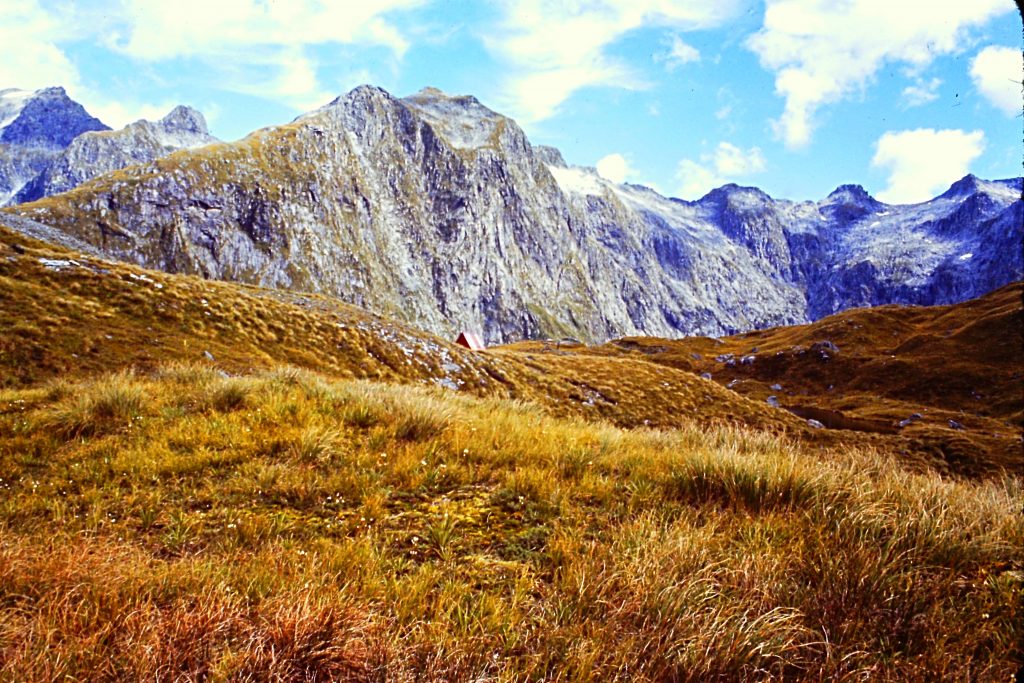 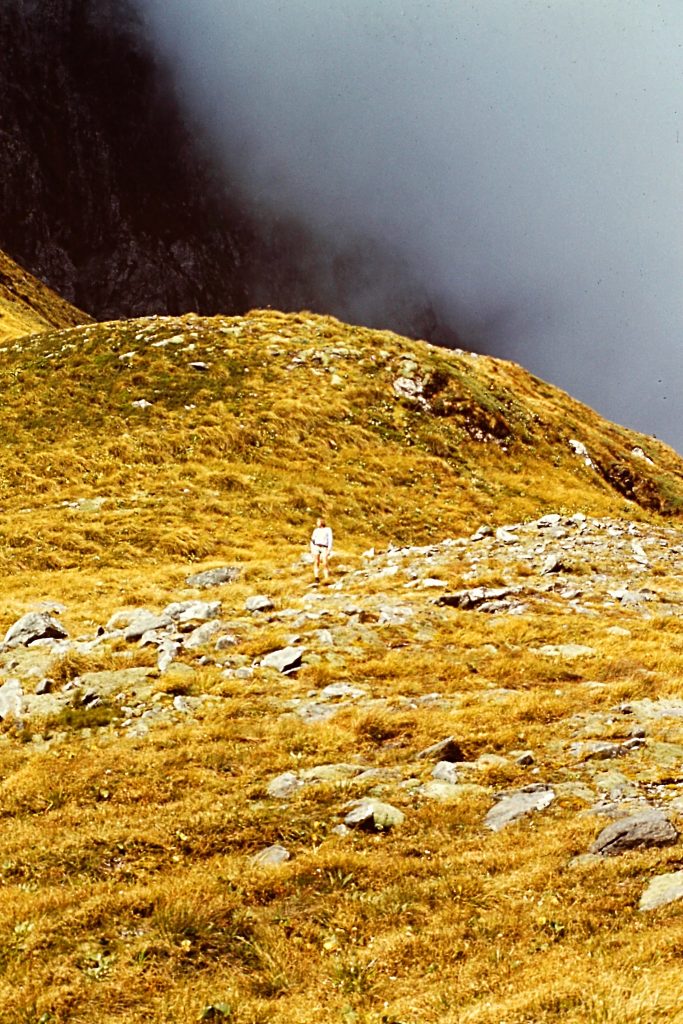 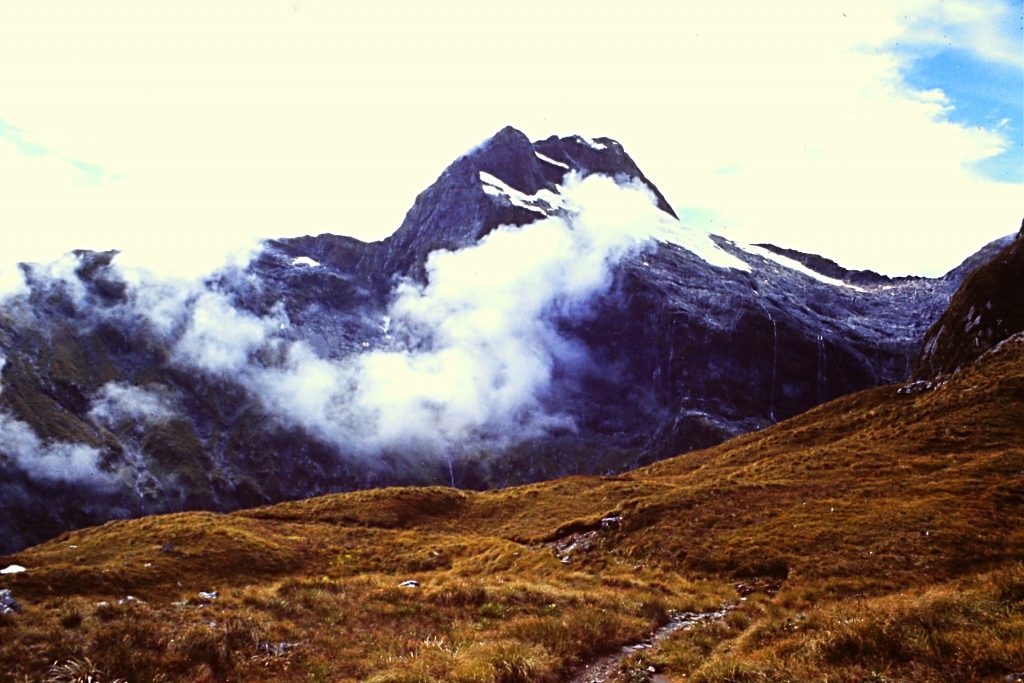 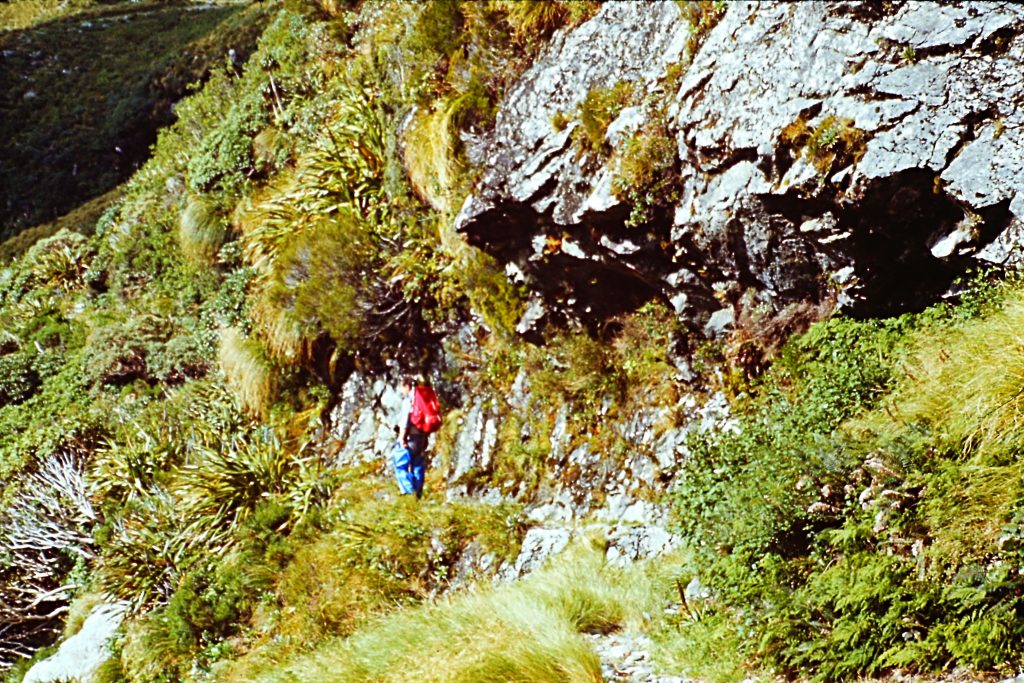 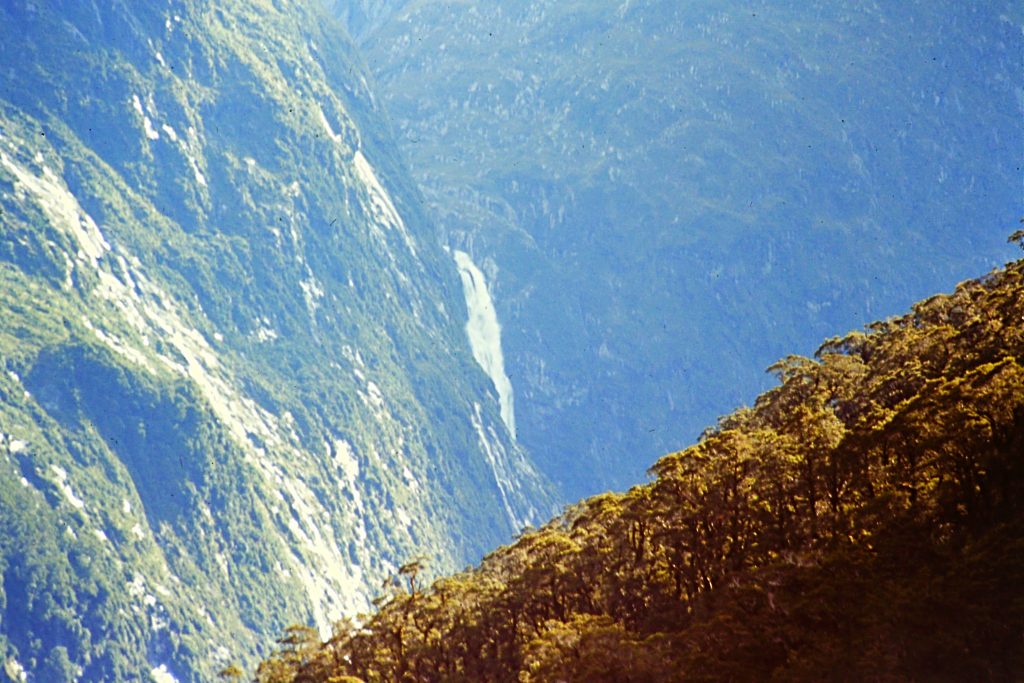 The top of Sutherland Falls. 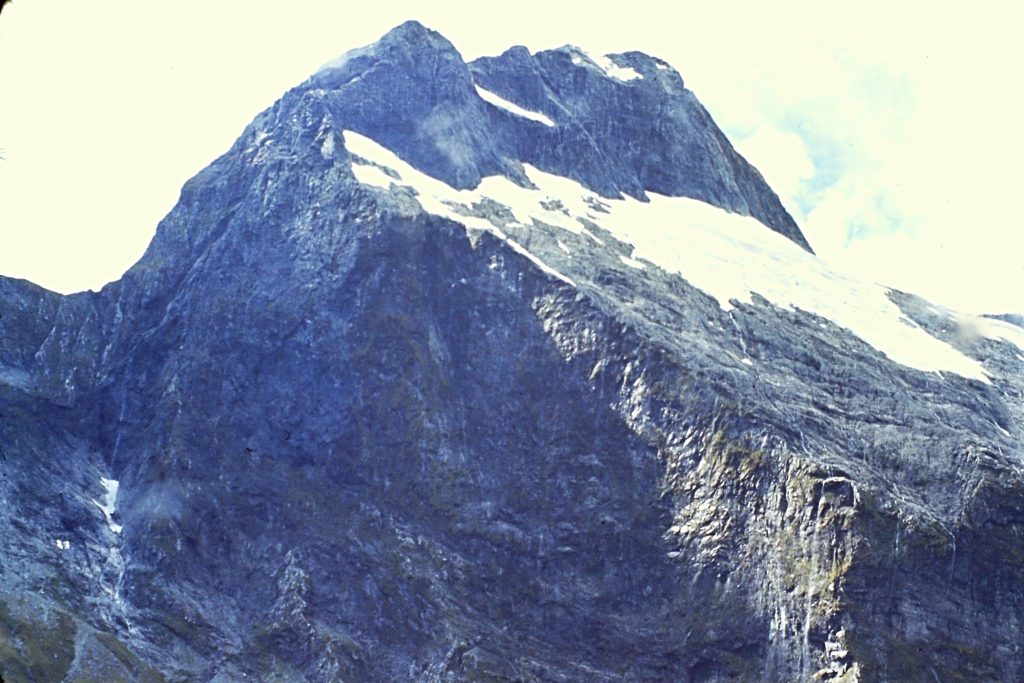 There are a lot of enticing peaks near MacKinnon Pass. 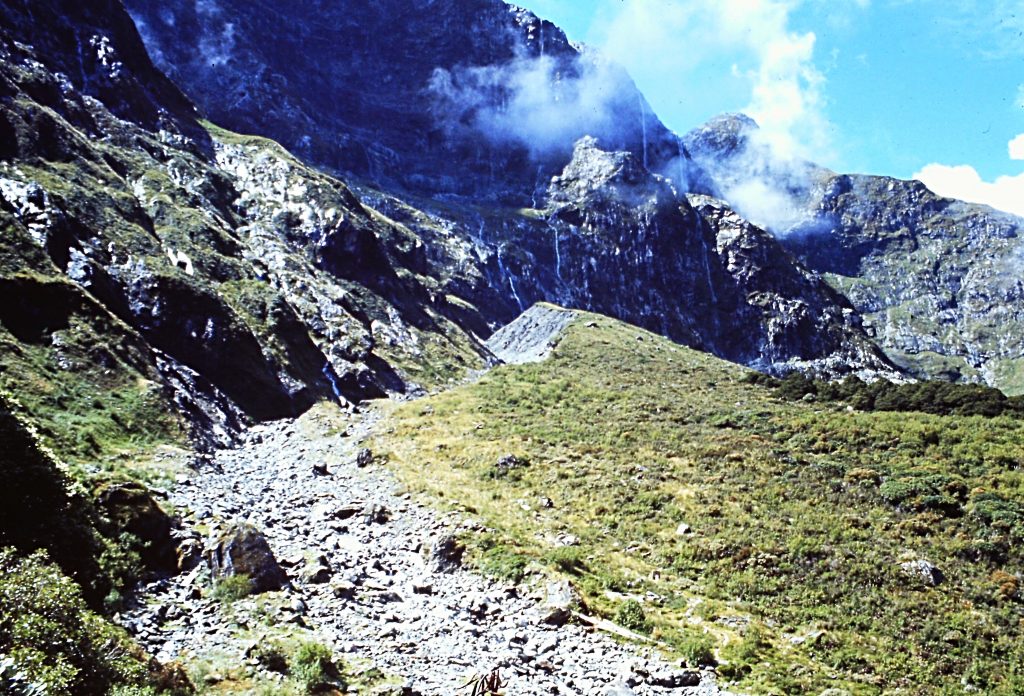 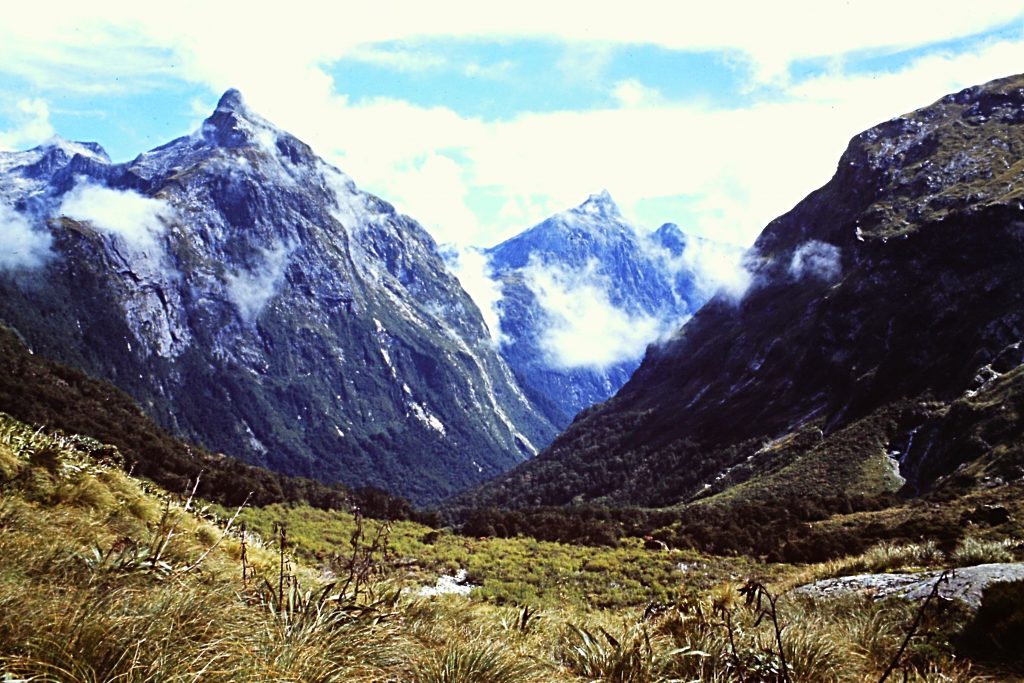 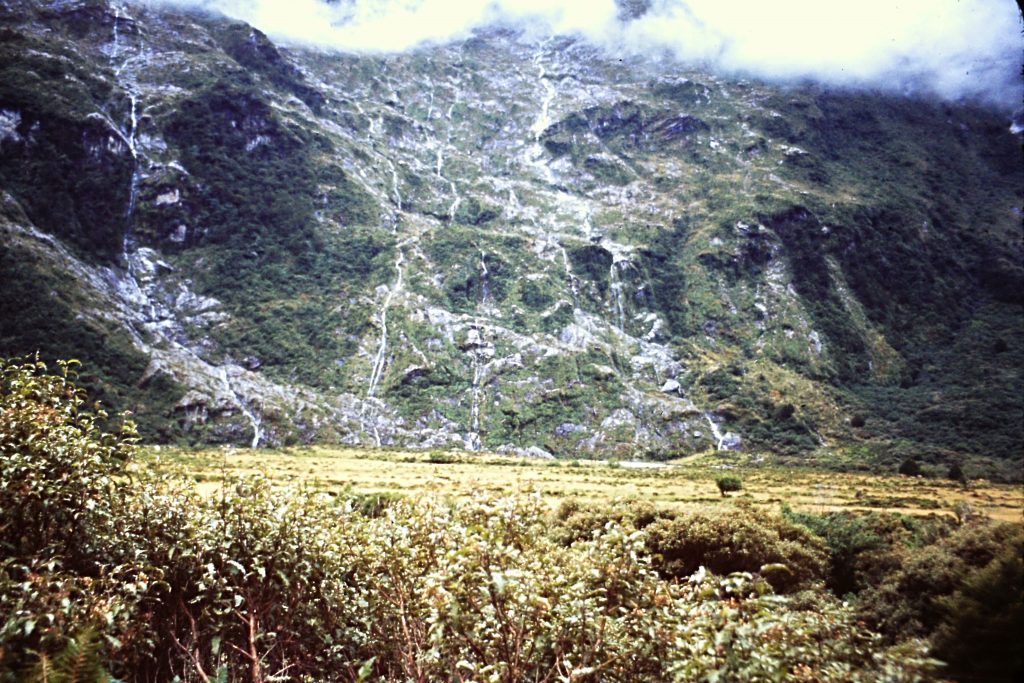 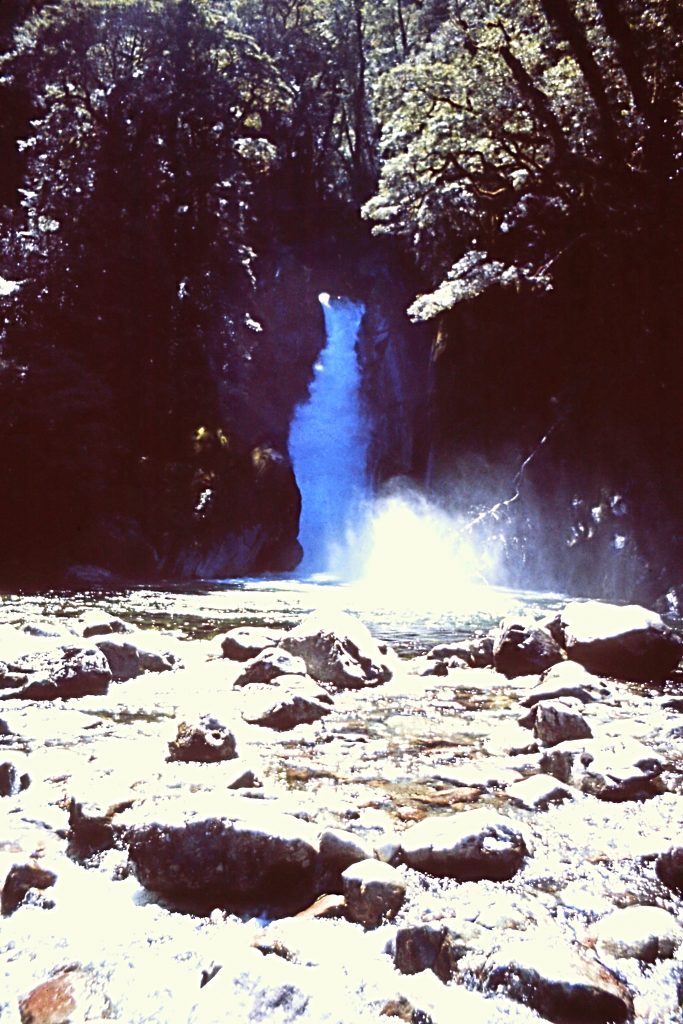 On the final day we left the Dumpling Hut heading for the trail’s end at Sandfly Point, 11 miles away. The scenery today included waterfalls, suspension bridges and Lake Ida as well as Giant Gate Falls. From Sandfly Point we were given a boat ride to Milford Sound. 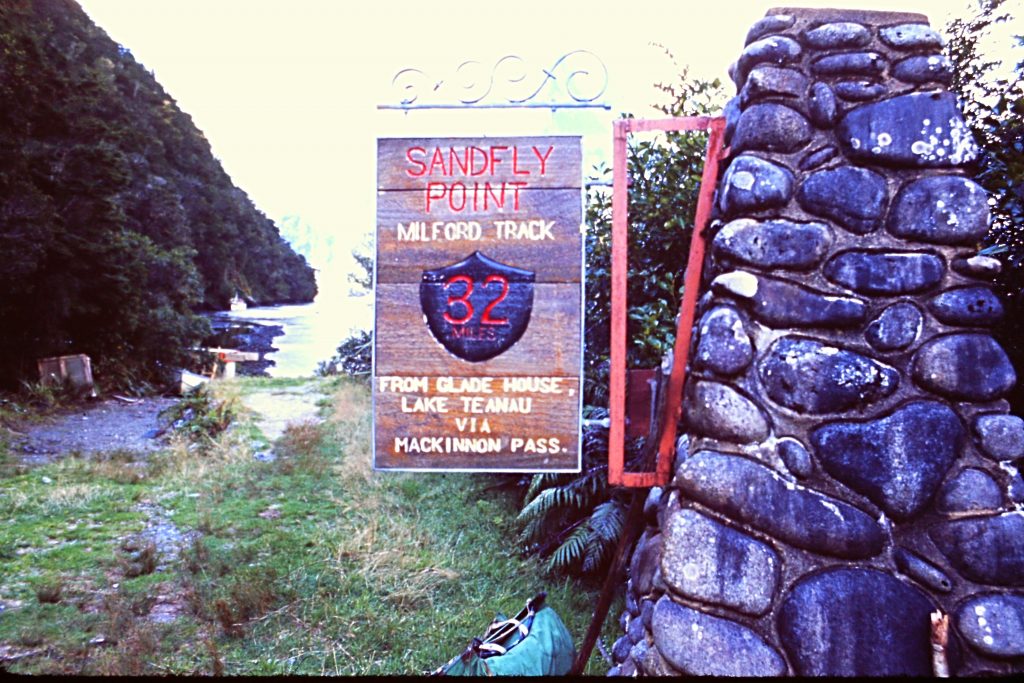 The end of the trail. If you don’t like mosquitoes you will hate sandflys. Their bites, swell, itch andmlast for a week. 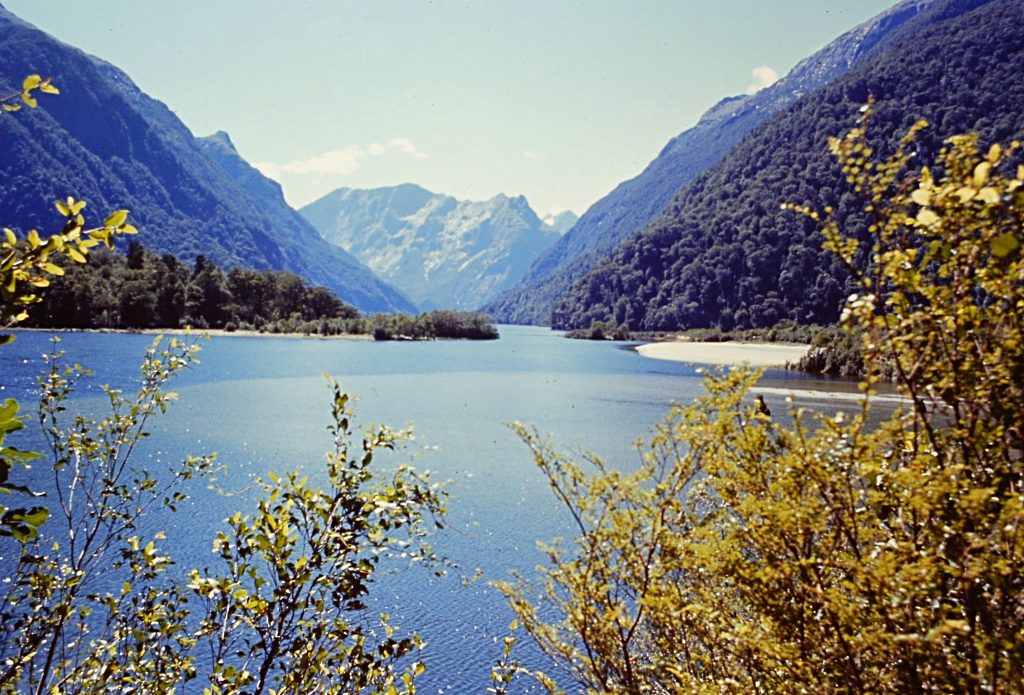 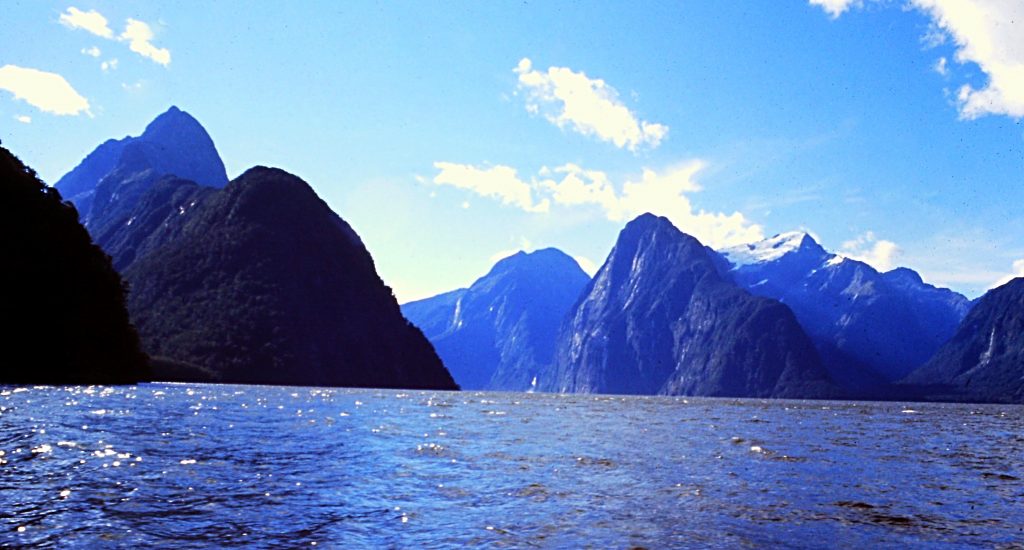 Traveling across the sound. 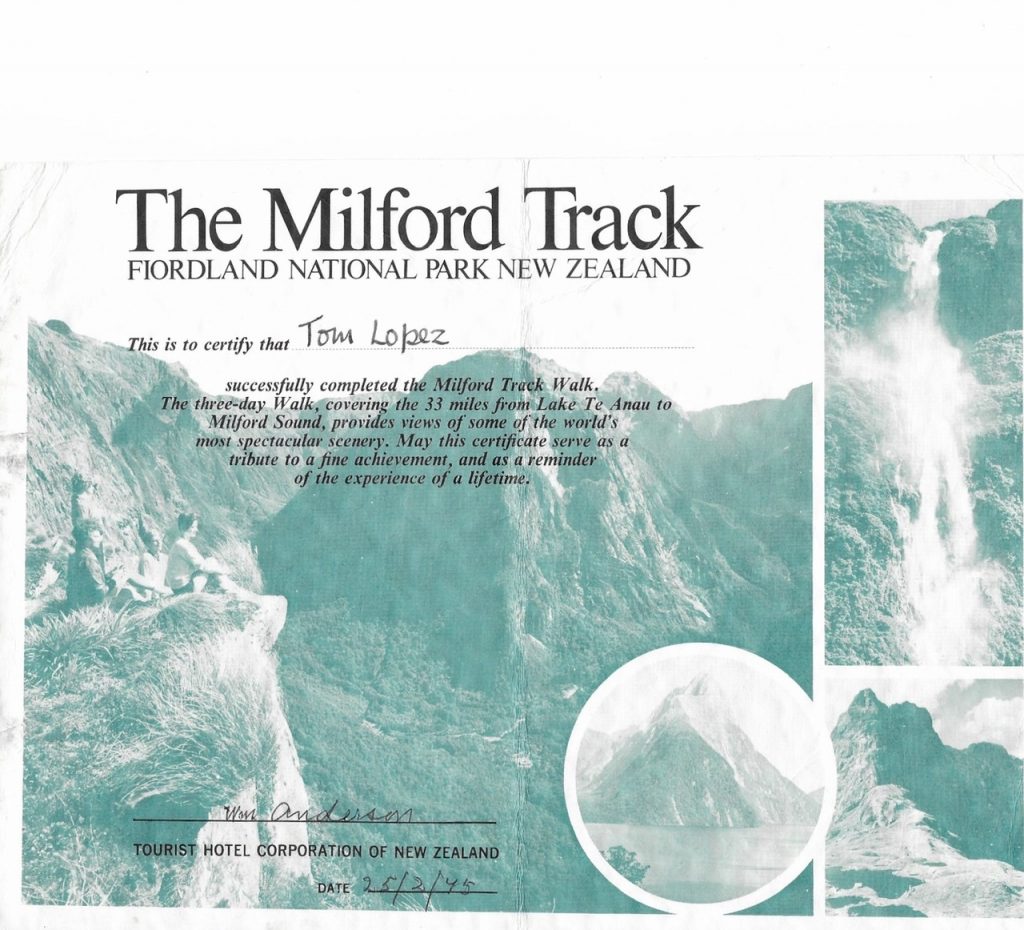 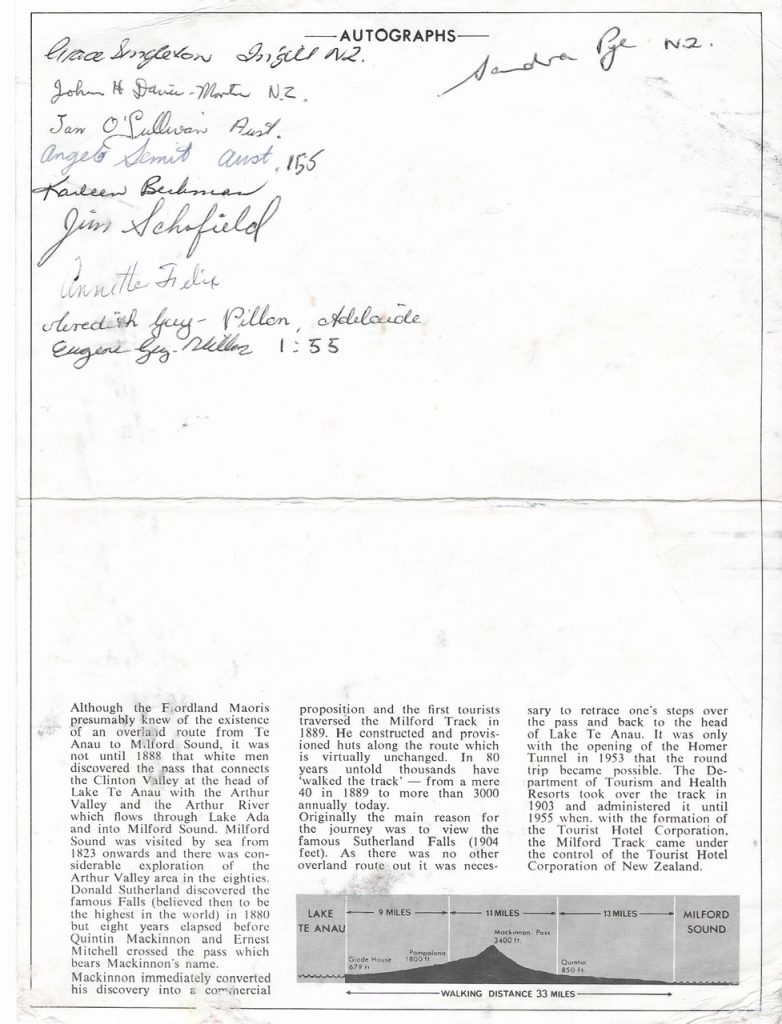