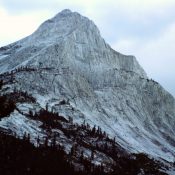 After spending the Summer as a backcountry ranger at Rocky Mountain National Park, I was anxious to return to the Sierra Nevada. After my last day of work, Larry Lewis and I departed for California. On the way to California, we stopped and hiked up Wheeler Peak in Nevada but, other than that stop, we basically drove nonstop to Bishop, California. It was one of those road trips that you look back on and wonder how you did it.

September 25, 1975. We secured a wilderness permit and continued our nearly nonstop drive, heading south from Bishop to Independence, California and then up to Onion Valley which sits high in the Sierra Nevada mountains below Kearsarge Pass. We hoisted our packs and started up the trail. We made it 3 miles to Flowers Lake and decided it was time to get some sleep.

September 26. We slept in until nearly 10:00AM and then started up the trail. Upon reaching Kearsarge Pass, we took in the view which included the Kearsarge Pinnacles in the foreground and the Great Western Divide in the distance. We left our packs and hiked up the ridge north to the summit of Mount Gould. Most of the route was Class 2 but the summit block was Class 3. 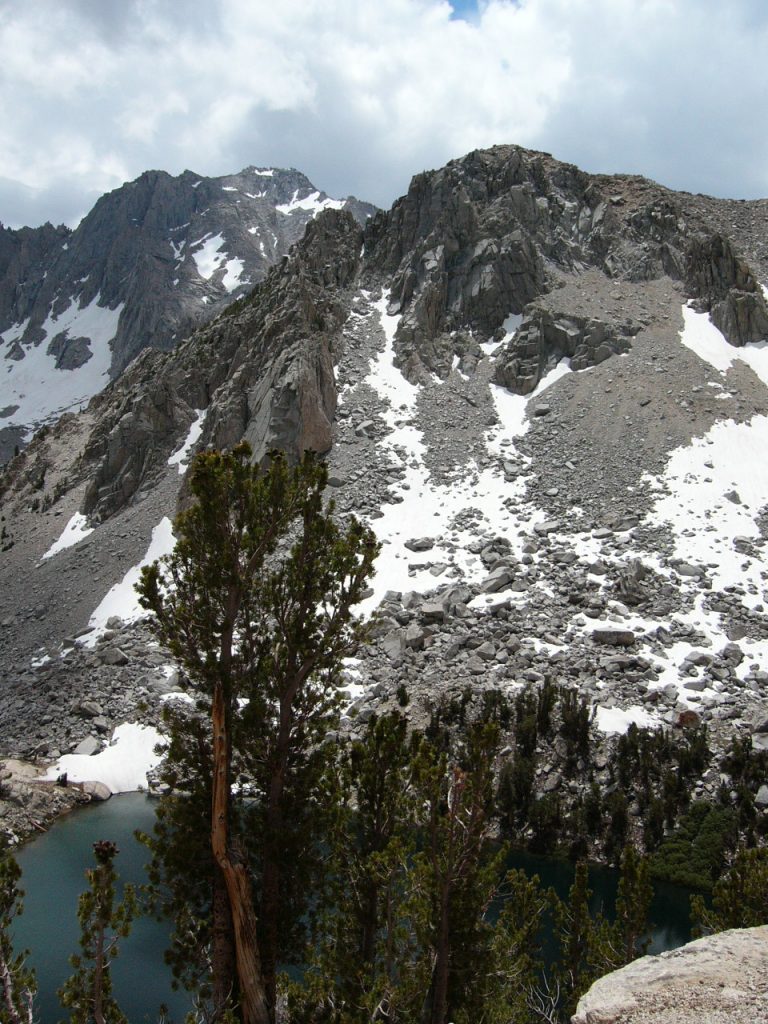 Looking back to Flowers Lake while climbing toward Kearsarge Pass.

After returning to the pass, we pushed on to the first lake below the pass where we started to fish. A ranger soon came walking up and, low and behold, I had worked with him the year before. Larry Belles invited us to the Charlotte Lake Ranger Station.

September 27. Larry seemed a bit lonely so we hung out with him today and only did a day hike to Bullfrog Lake. 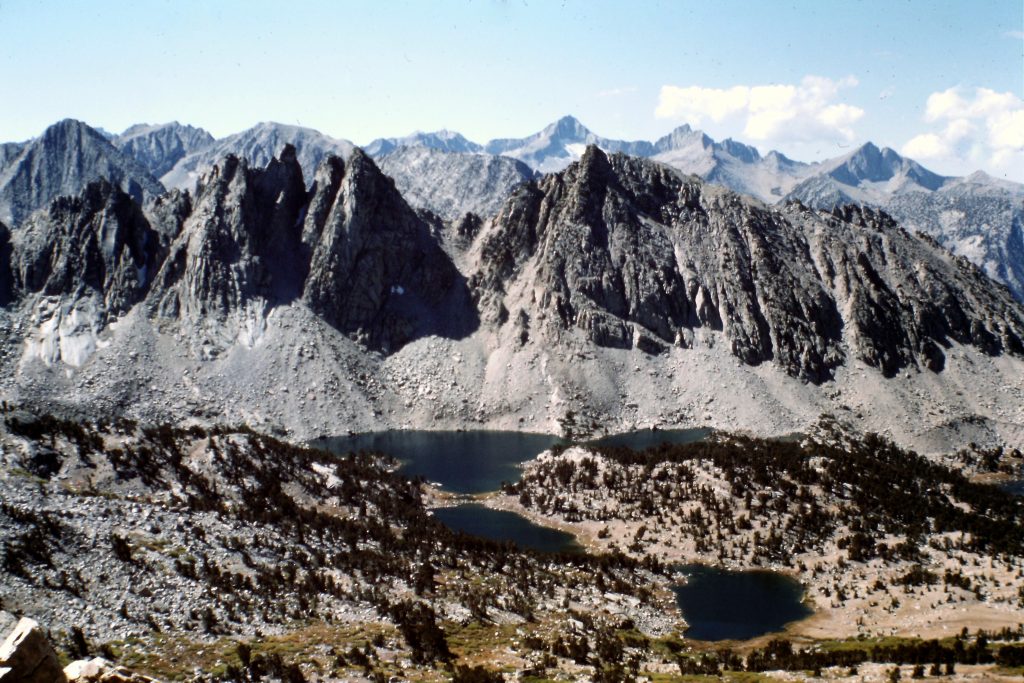 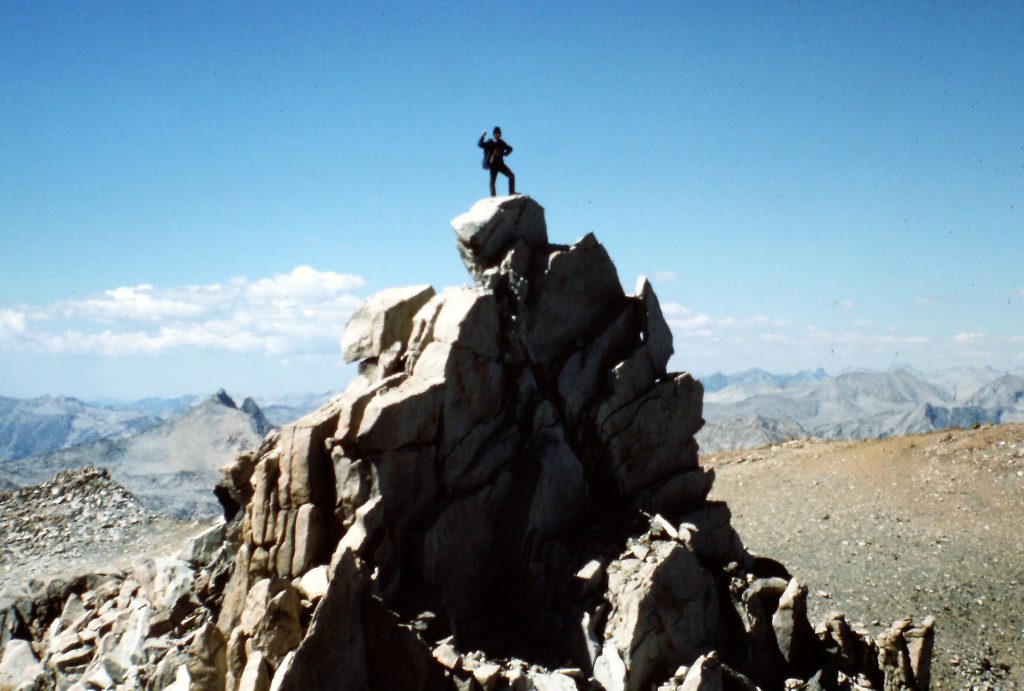 The summit of Mount Gould. 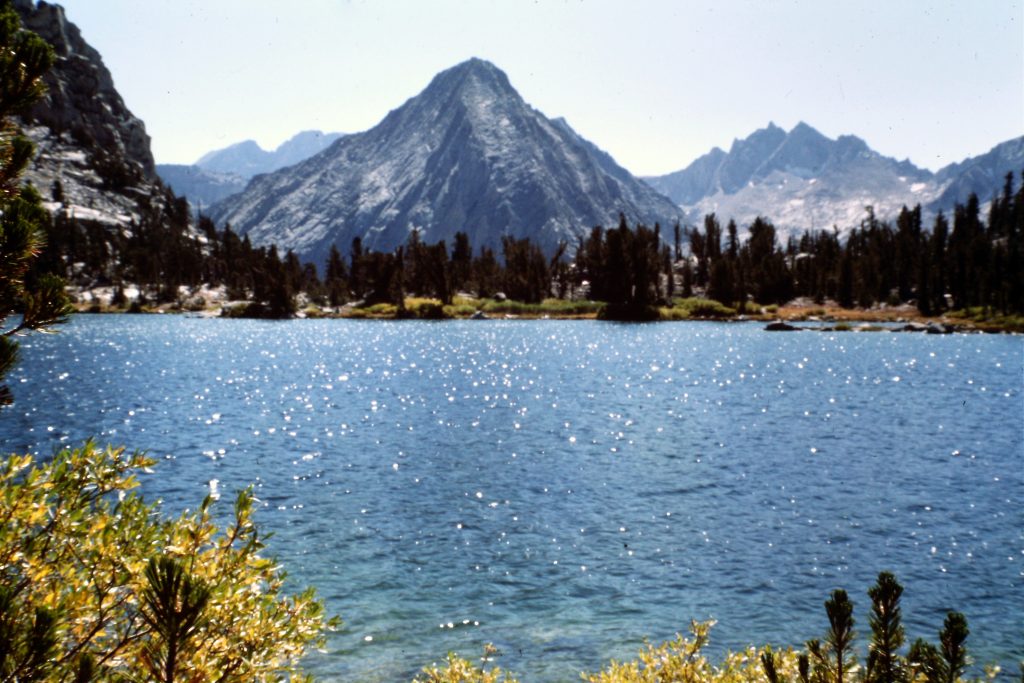 September 28. My birthday. We said goodbye to Larry and started north on the John Muir Trail. Glen Pass is a formidable pull. We crossed the pass and headed down to Rae Lakes. Rae Lakes is probably the most crowded spot in Kings Canyon National Park in the Summer but, at this late day, we had the lakes to ourselves. We had hiked 7 miles. Our campsite had a great view of Fin Dome. 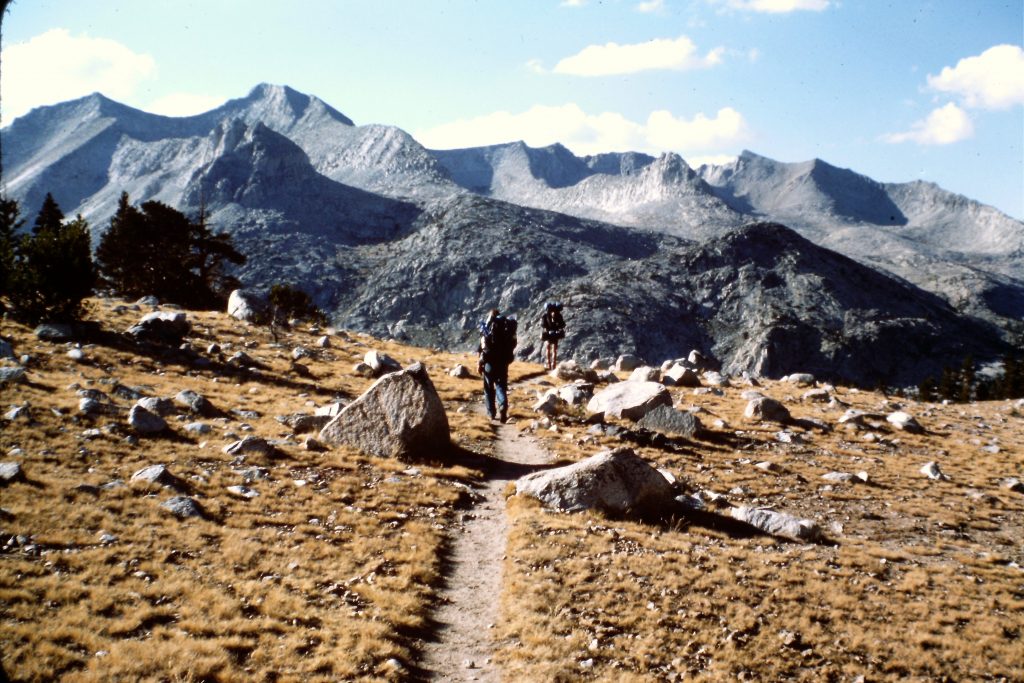 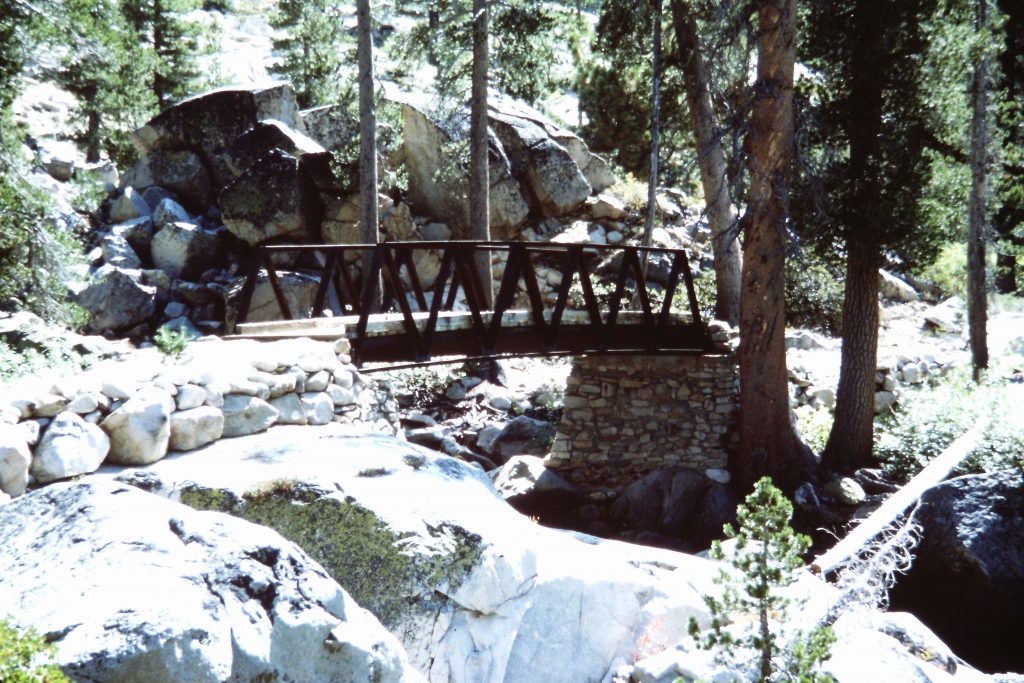 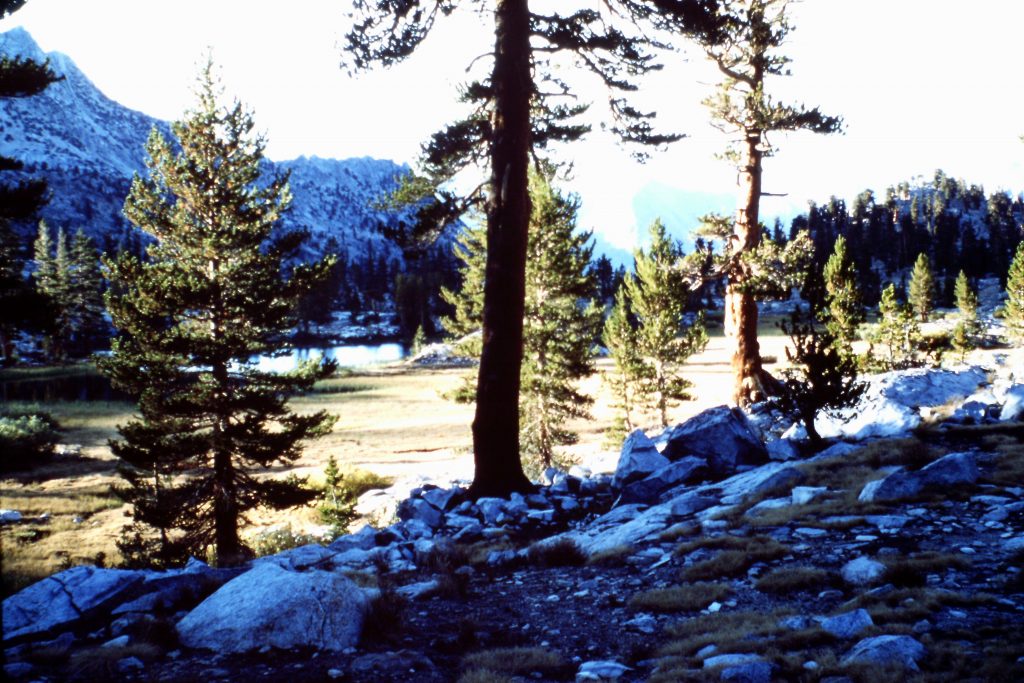 Morning in the High Sierras. 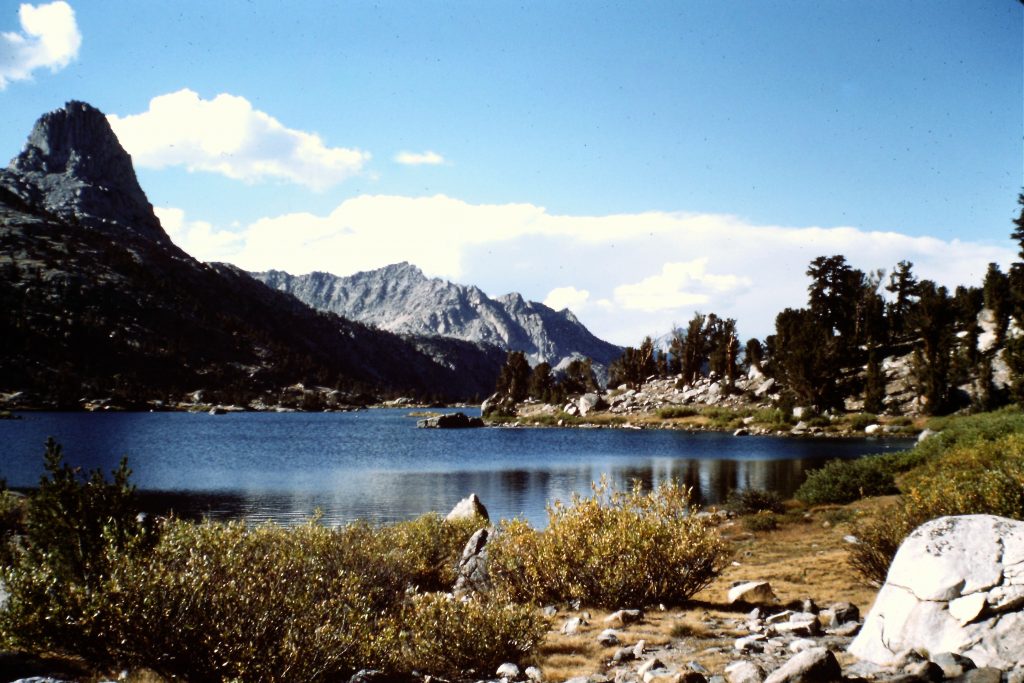 The second Rae Lake and The Fin.

September 29. We continued down the John Muir Trail to Woods Creek. At 8,400 feet we had warm weather, turning aspen, running water and granite cliffs around us. We set up camp. We traveled 9 miles.

October 1. We got up early but left camp late. Hiked over Mather Pass, which has a great view of the Middle Palisade and down into Palisade Canyon. We set up camp down in the canyon at Palisades Lake after traveling 11 miles. 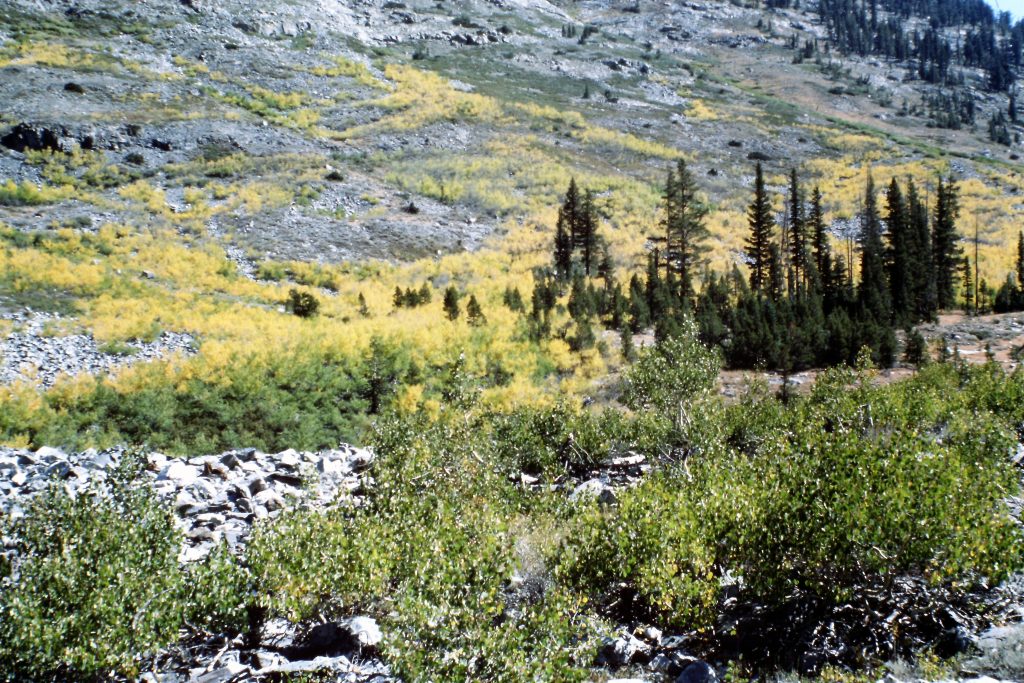 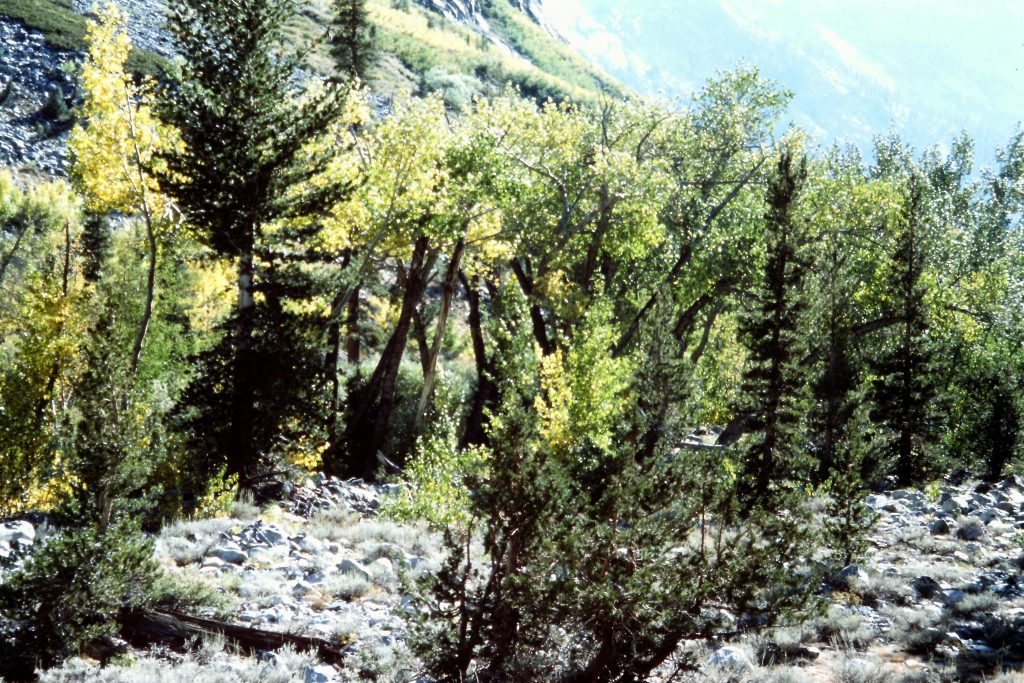 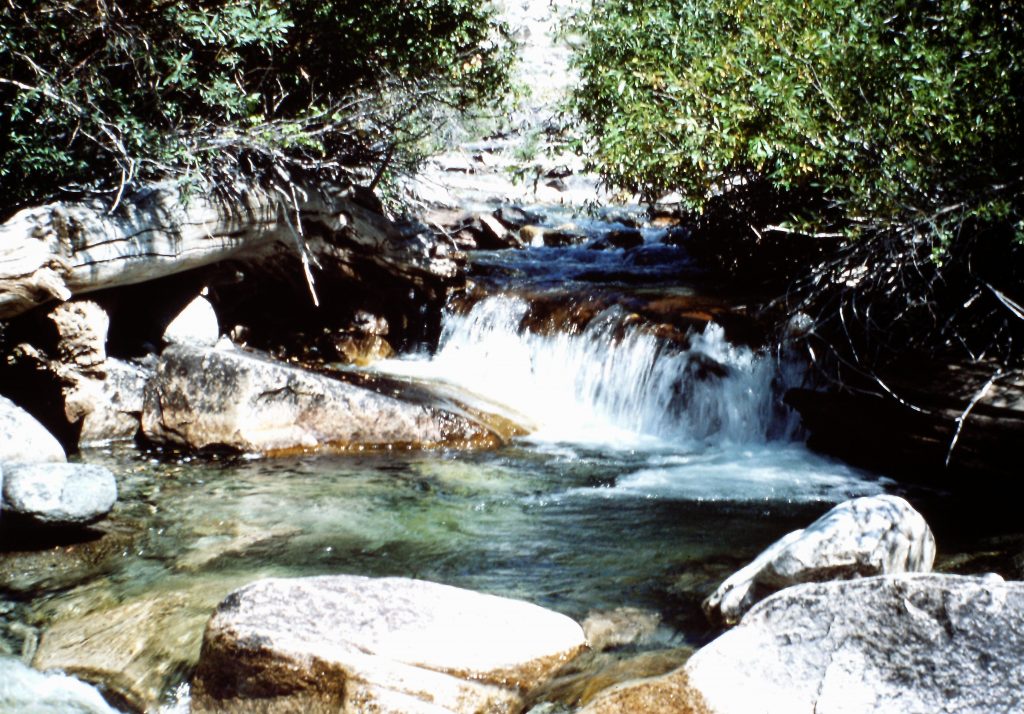 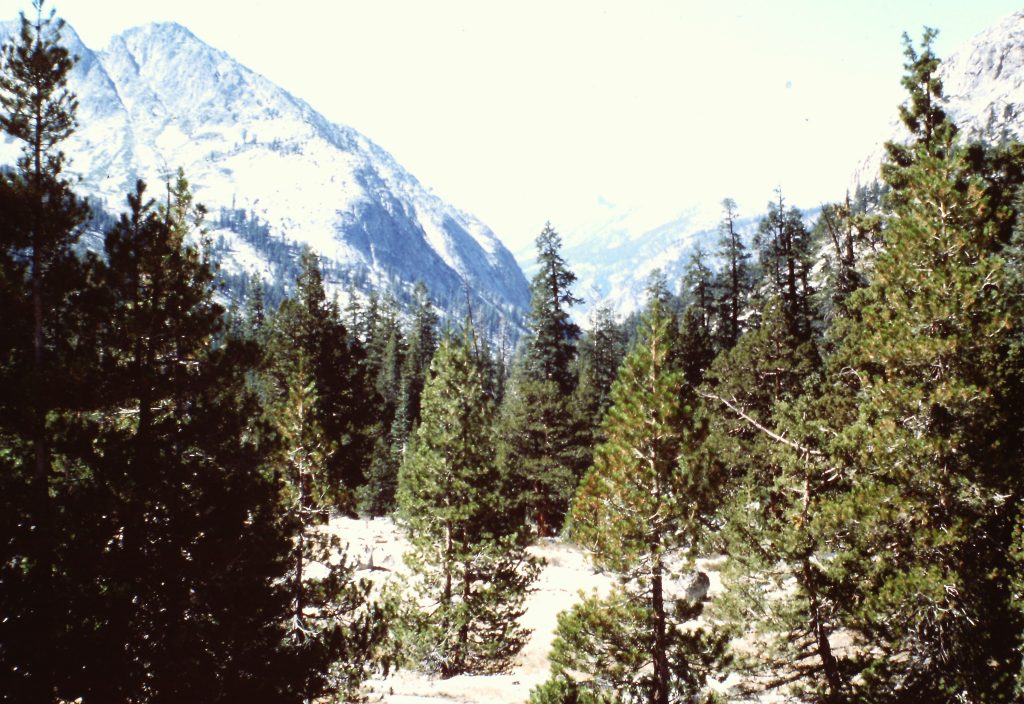 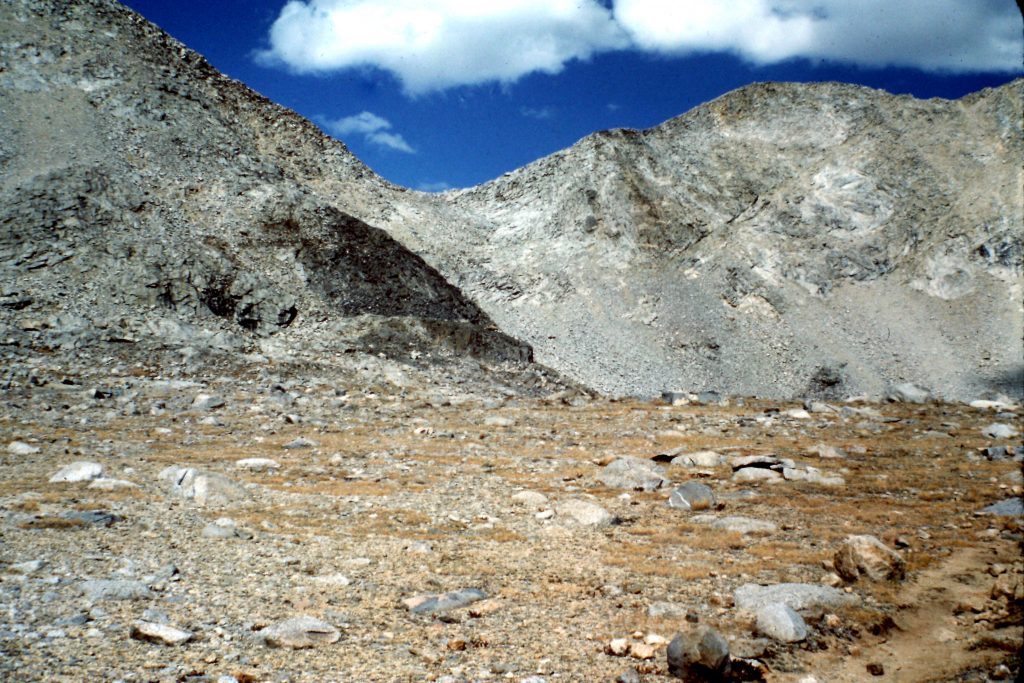 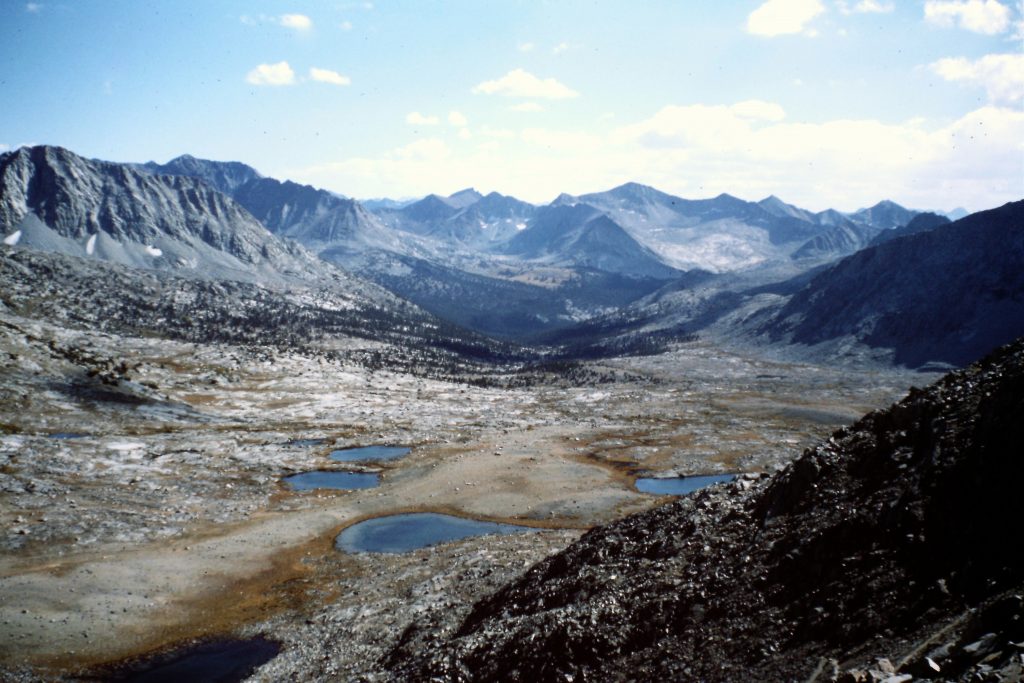 October 2. We spent this day hiking down Palisades Canyon and up Le Conte Canyon. We finally set up camp after hiking 13 miles.

October 3. On our 9th and final day, we crossed Dusy Basin, hiked over Bishop Pass and ended our trip at South Lake. 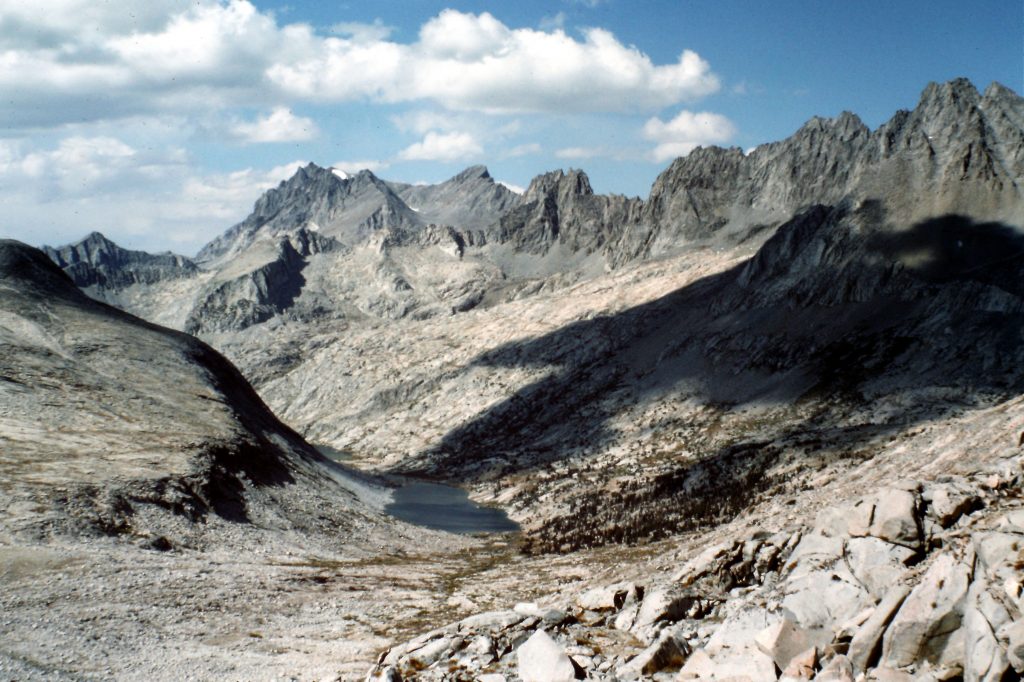 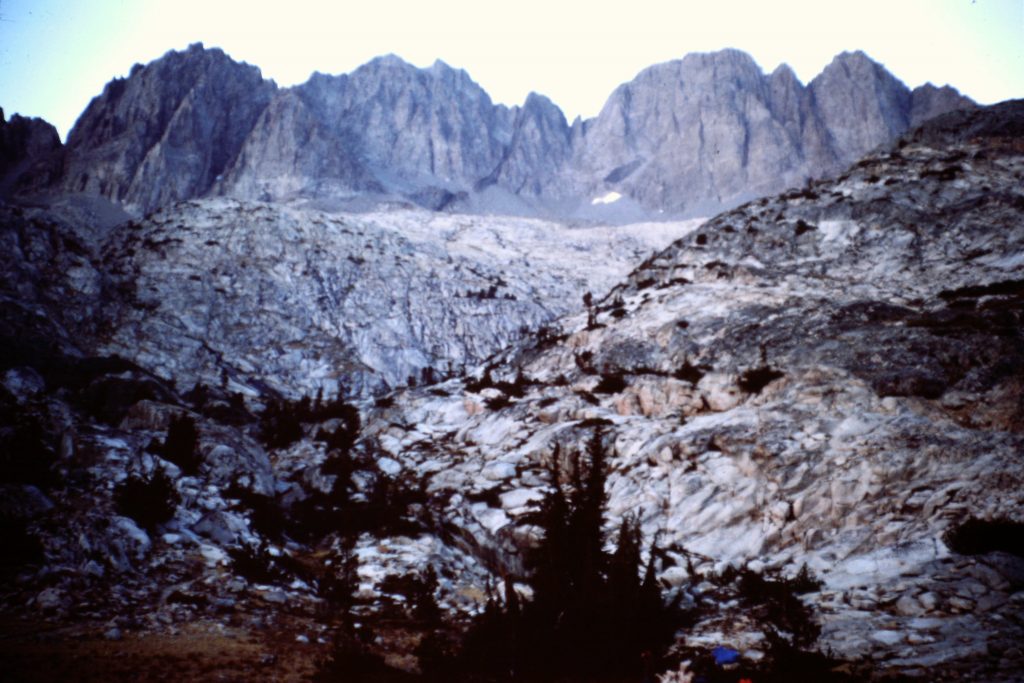 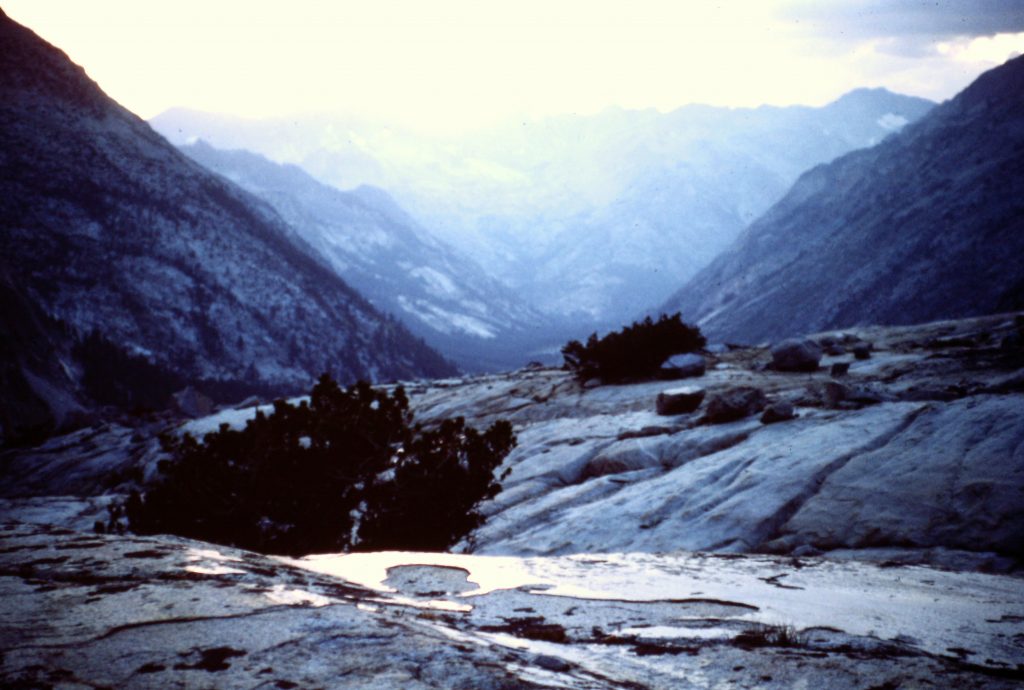 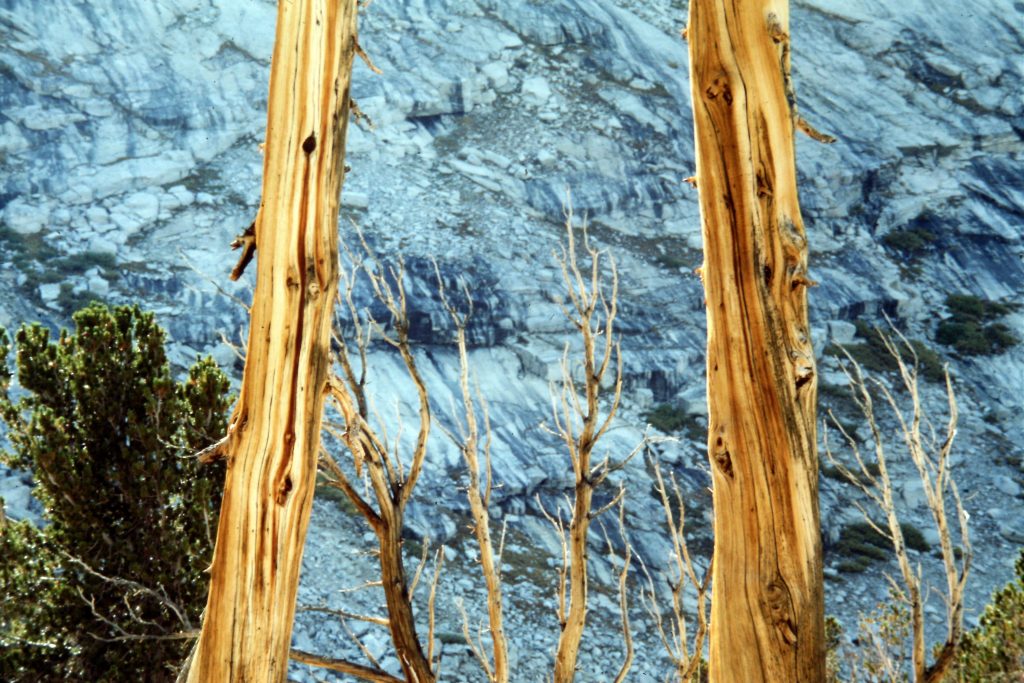 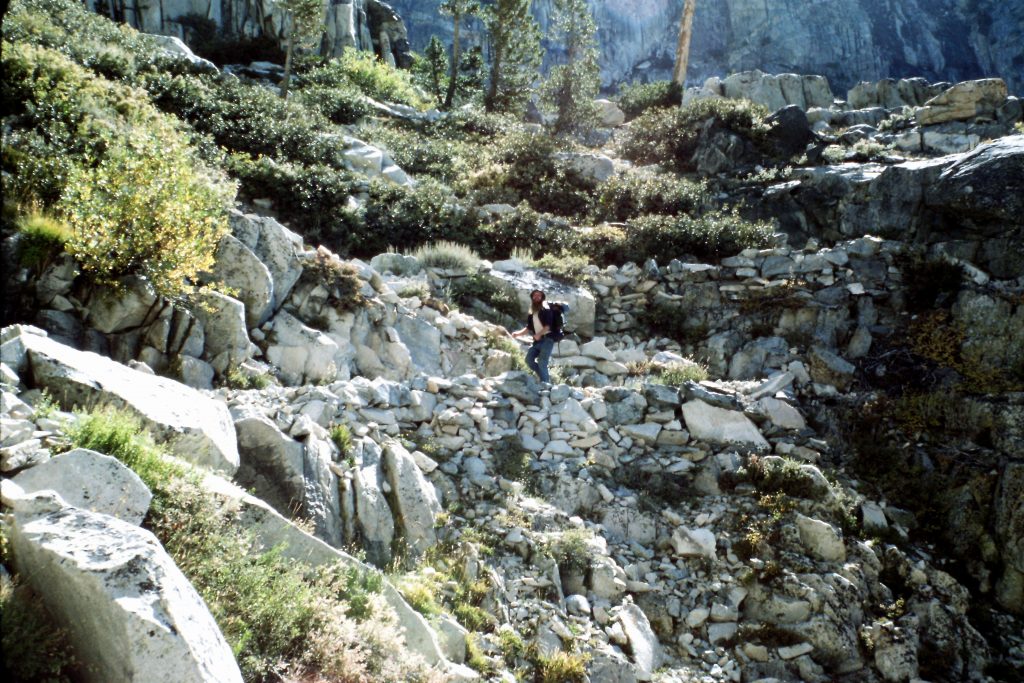 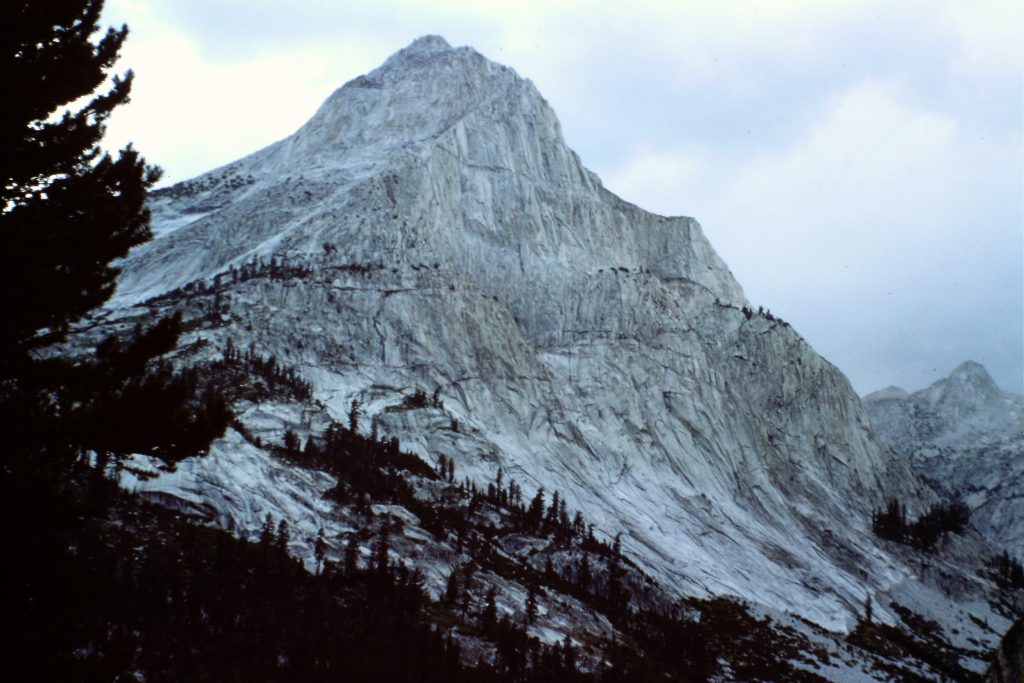 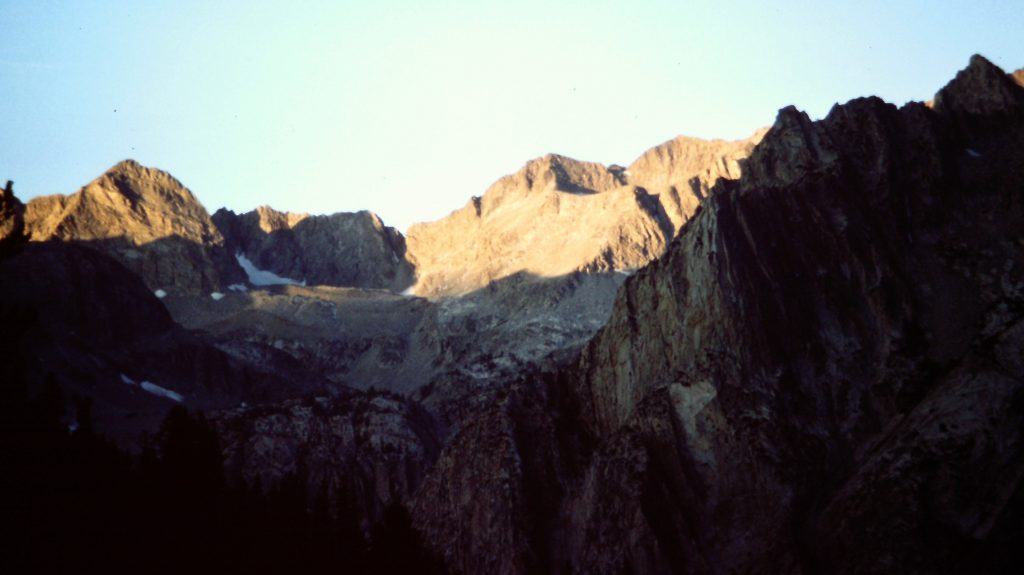 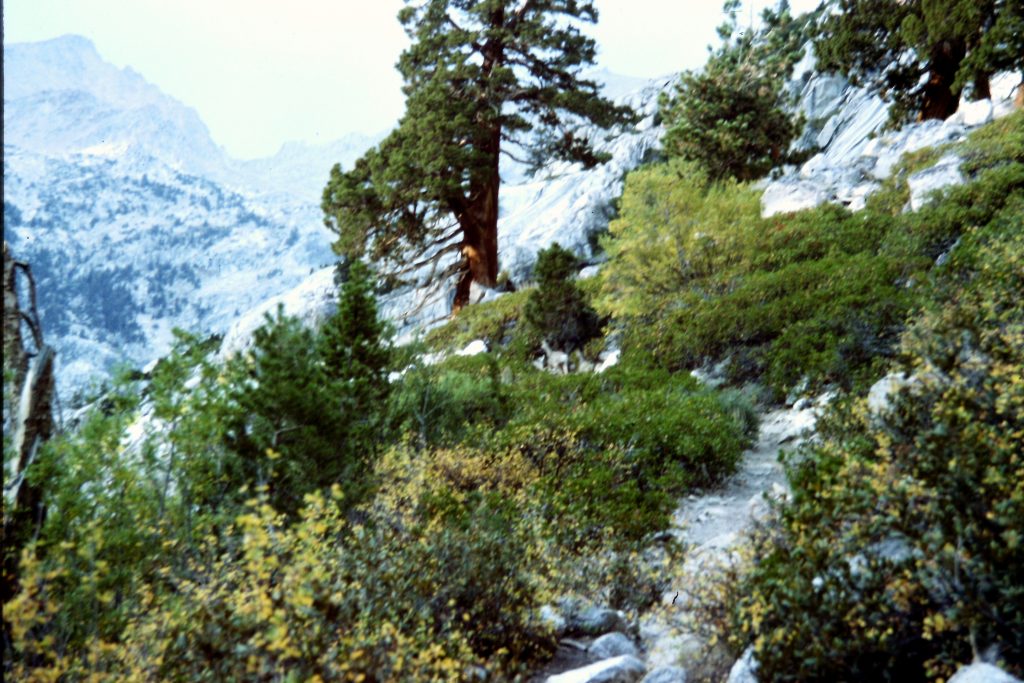 Hiking up the John Muir Trail in Le Conte Canyon. 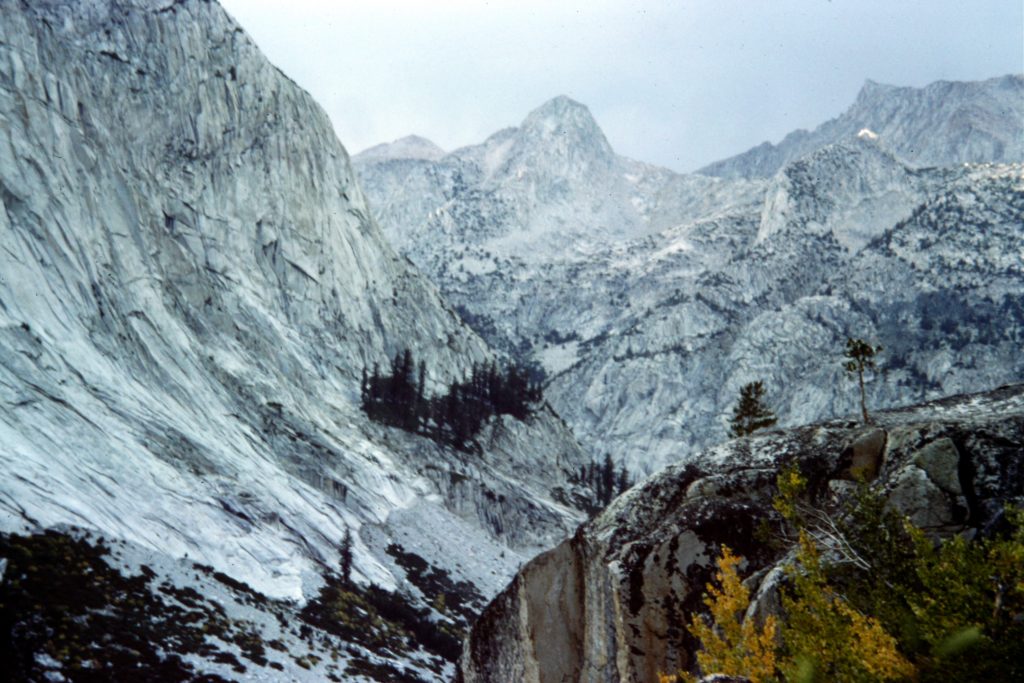 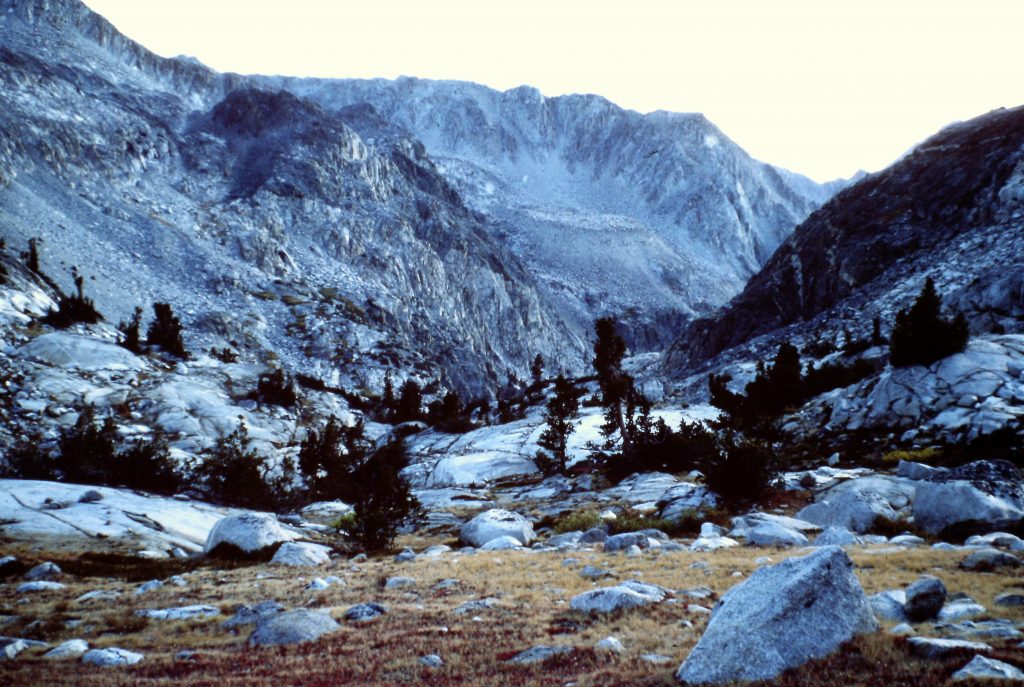 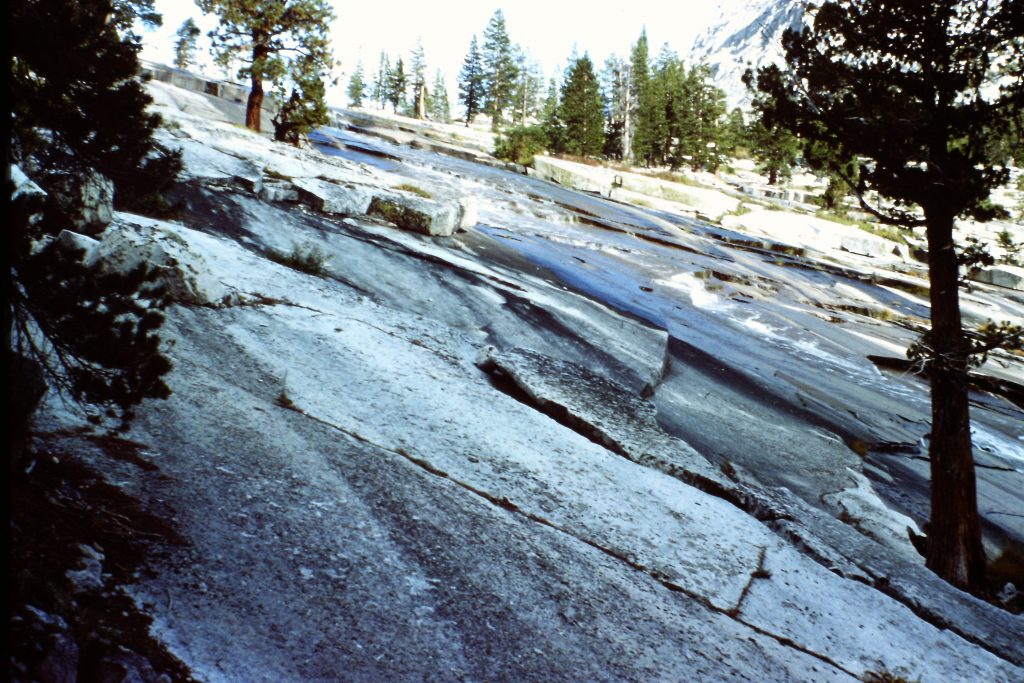 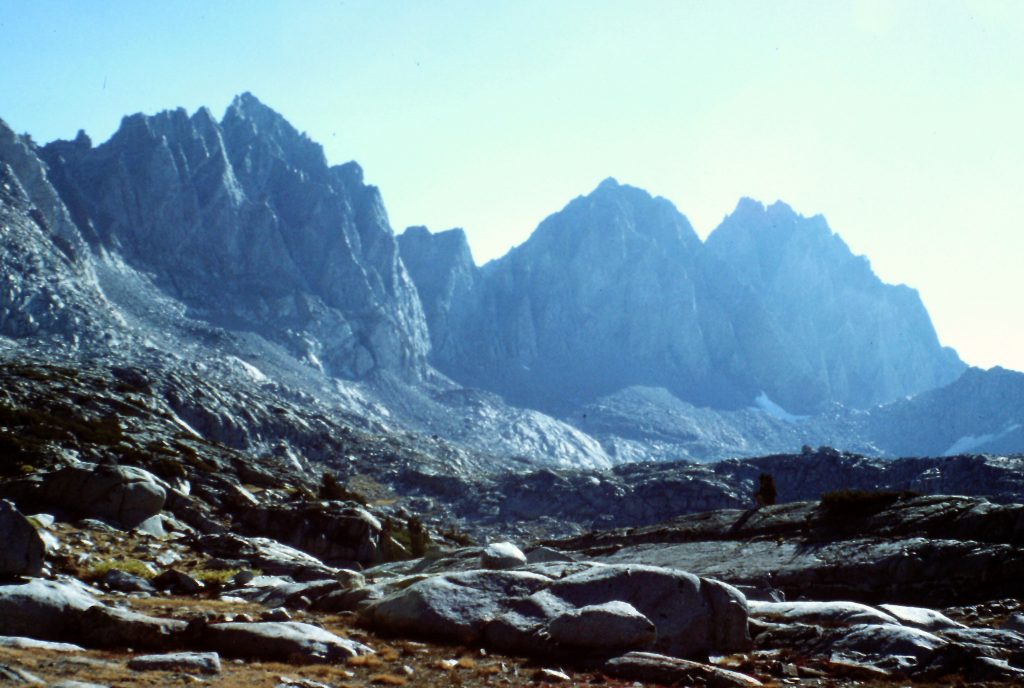 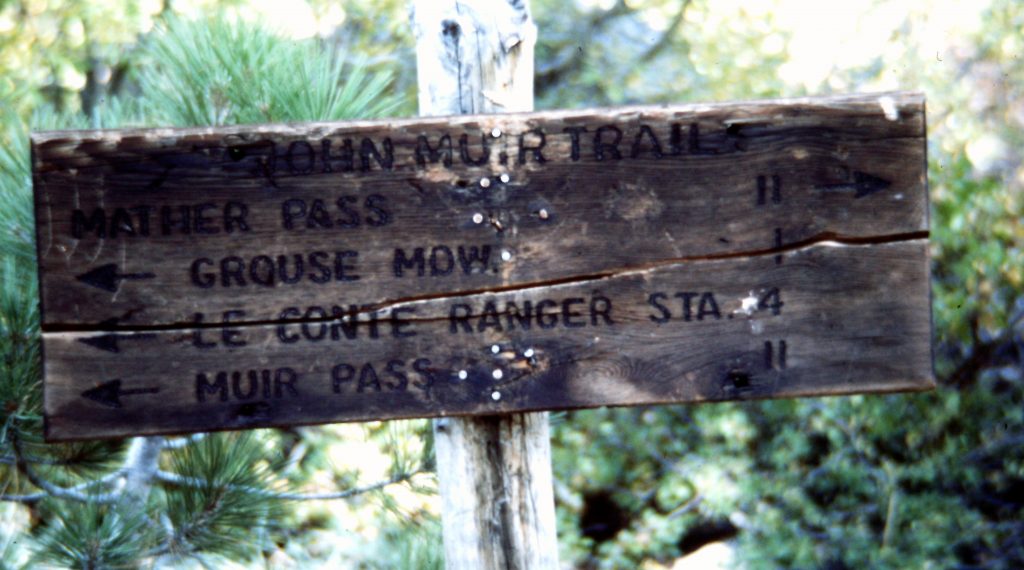 NEXT: The Talamanca Range of Costa Rica, 1976