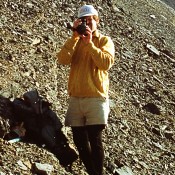 Rick has climbed more Idaho peaks than anyone. He has contributed extensive climbing and historic information to the book and to this website. He is the state’s most prolific climber having ascended more than 1,800 Idaho peaks. Besides his history of Idaho Surveyors in the Climbing History Section of the book and his co-authorship of the Beaverhead Range Chapter, you will find references to Rick’s first ascents throughout the book. Check out his complete ascent history on the Lists of John website.

The following is from Page 7, ACKNOWLEDGEMENTS:

“Rick Baugher of Idaho Falls made so many contributions to this book that I hardly know where to start recounting them. I have given him two bylines in the text and referenced his name in many places. He reviewed and contributed extensively to the Eastern Idaho section, as well as to several Southern Idaho chapters. His knowledge of Eastern Idaho’s topography and mountain history is unsurpassed. He was the source for almost all of the historical material contained herein related to the United States Geological Survey (USGS) and other early explorers. His contributions to this book are priceless.”

Rick has started to post videos that he has shot over the years on YouTube. Check them out at this link: Richard Baugher 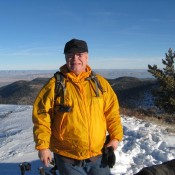 Russ Durrant is a 5th-generation Idaho native who has had the great fortune of living with some of the most scenic and wild country in the west in his backyard. Born on the banks of the Snake River in Apple Valley (Parma, Idaho) and growing up in a small farm community right on the border of Utah and Idaho, he has enjoyed the best that these two states have to offer for backcountry adventures. Russ began rock climbing when he was 16, but soon learned that his talent was on the guitar rather than ‘on belay.’

Long on talk and short on actual achievements, Russ is secure in the distinction of garnering the “most unsuccessful and futile attempts on obscure and insignificant summits in Idaho history.”  Russ recently accidentally broke this run of defeat when he blundered to the top of Gobblers Knob (8,091 feet), turning what would normally be a 3-4 hour turnaround jaunt into a 14-hour ordeal. He has truly taken mediocrity to unprecedented levels.

Russ is best known as the father of Matthew Durrant, to whom he loaned his ice axe, crampons and helmet a few years ago and has never seen them since. Russ keeps track of his son’s (and his equipment’s) activities on Idaho Summits and here on Idaho: A Climbing Guide. He gains some comfort in knowing that he will never have to clean steel for John Platt or Tom Lopez. 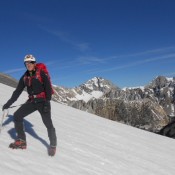 Tom Cox is another next generation climber. He gets out often and his blog, The Granola Chronicles, is well worth reviewing. Tom notes, “I’ve found climbing the mountains of Idaho and beyond to be a humbling, challenging and rewarding experience. It’s an adventure just waiting to happen.”

Tom writes great, well-photographed trip reports. You will find links to his reports on many Central Idaho peak pages on this site. He has also contributed an article on the shortcut to Chamberlain Basin which will save you a lot of hiking miles if you are going to climb Castle Peak from the south. Check out The Chamberlain Basin Cross-Country Route article. There is also a link to Tom’s detailed trip report for Castle Peak on the peak’s page. It’s a must read. 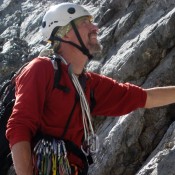 Wes Collins has probably climbed more technical routes in the Lost River Range than any other climber. His routes include first ascents and I believe that he is one of only two people (the other being Mike Howard) to climb all of the Idaho 12ers in Winter. Another of his accomplishments was the first traverse all 7 of the Lost River Range 12ers. Most recently, he (along with Kevin Hansen) made the first ascent of Mount Borah’s East Face. 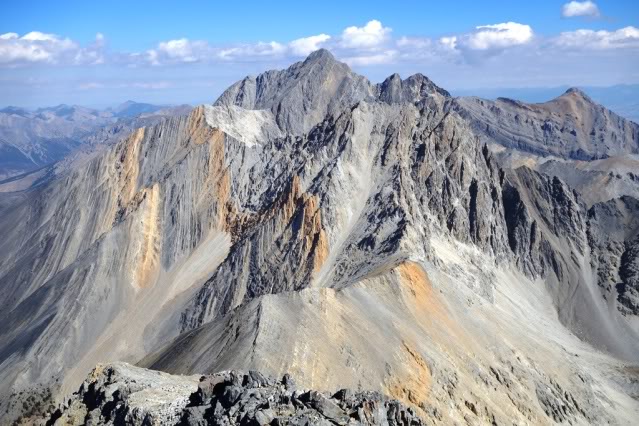 This photo was taken by Wes during his Lost River Range traverse. Looking back toward Mount Borah from the summit of Mount Idaho. 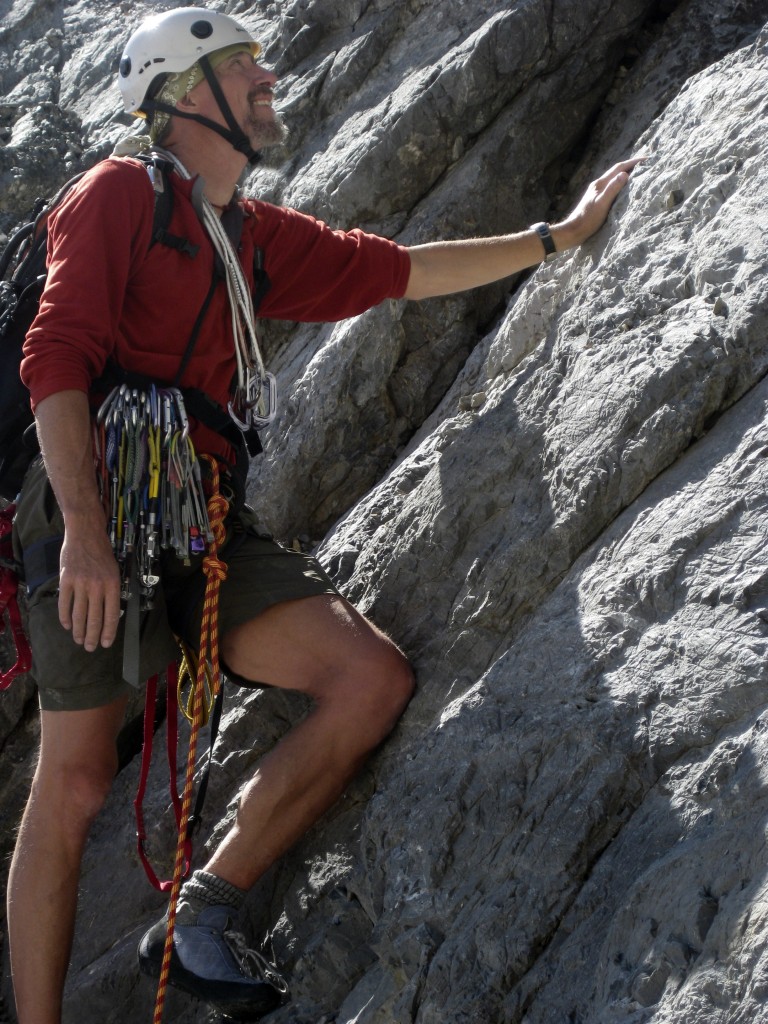