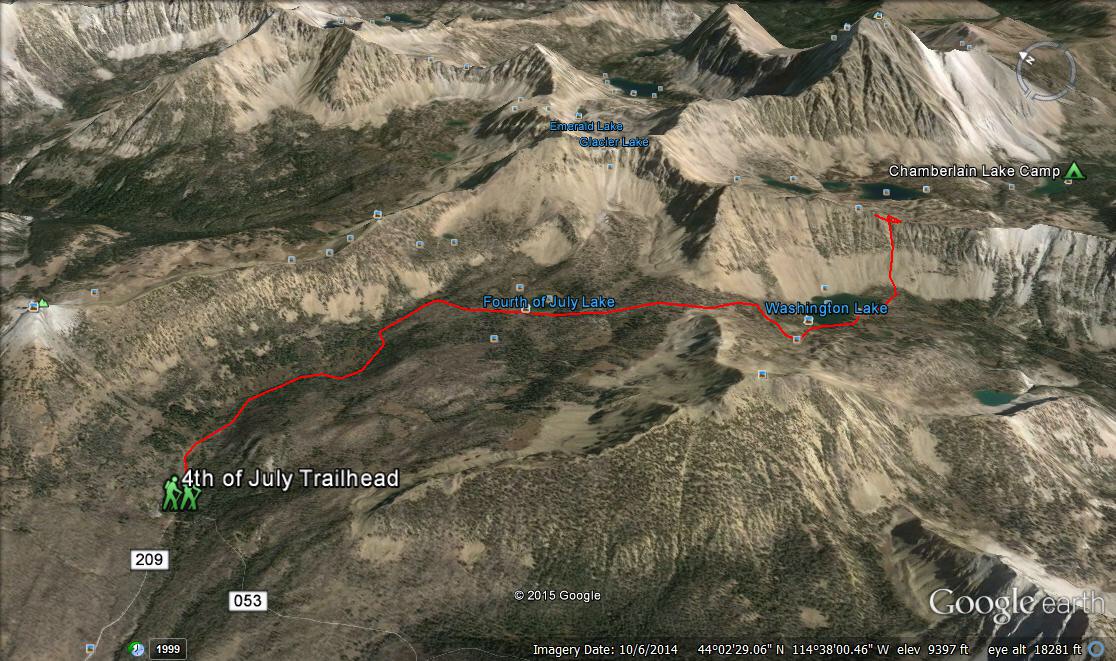 Use FST-109 [(A)(2)(a)] to access Washington Lake. Once at the lake, skirt around the WSW side to the south end of the lake. Cross to the east side of the outlet and head ENE toward the edge of the forest and the talus slope at the base of the ridge. Climb the talus up to the base of the prominent chute. 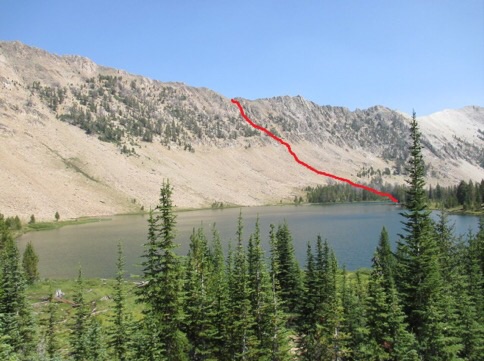 The route up to the Chamberlain Col. Tom Cox Photo 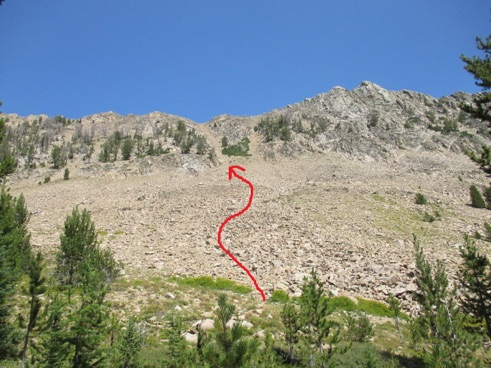 Climb the chute to the obvious Chamberlain Col. It is advisable to stick to the sides of the chute where the rock is generally more stable. Tom Cox Photo 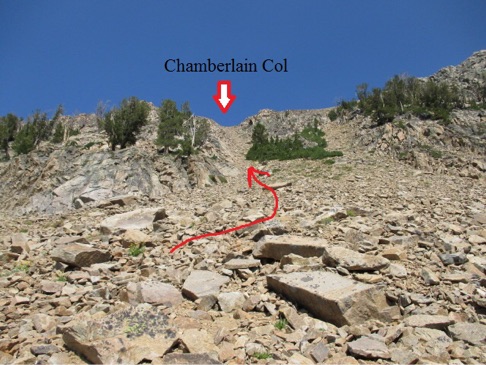 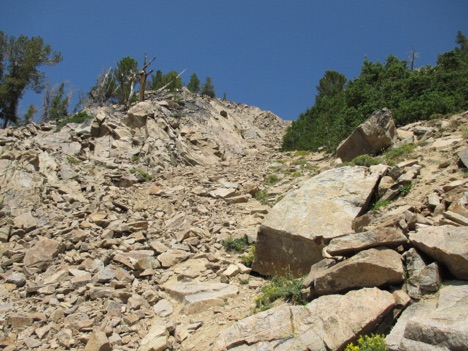 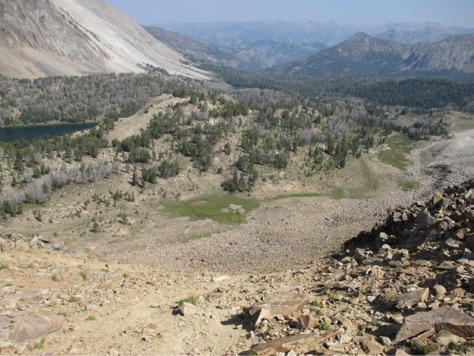 Once you arrive at Chamberlain Col, your descent to the upper basin will vary, depending upon your objective. All of the lakes in Chamberlain Basin can be accessed from this route. There are faint climber’s trails on the east side that may provide guidance and more stable footing. 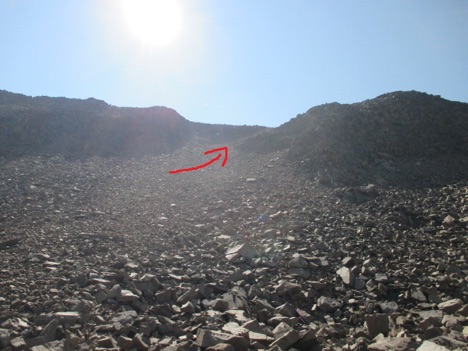 Looking up the east (Chamberlain) side of the chute. Tom Cox Photo

The route back to Washington Lake can be reversed by ascending the loose scree slopes of the east side back up to Chamberlain Col. 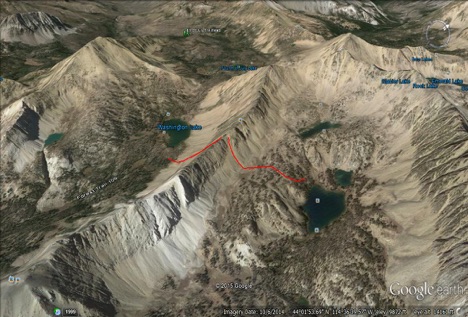