“Rugged country. Awful rugged country. Miles and miles of sharp jagged pinnacles of firm granite.” A painter friend of Bob Underhill told him that about Idaho’s Sawtooth Mountains in the early 1930’s, when Bob was in the Tetons for a few weeks, pioneering big new routes on the Grand Teton & other nearby peaks. Although the painter isn’t named, it … END_OF_DOCUMENT_TOKEN_TO_BE_REPLACED 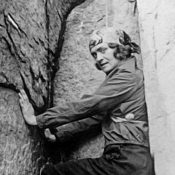 Editors Note: Appalachia Vol. 20, 1934. This article put the Sawtooth Range in the national spotlight. Use this link to learn more about the author: Miriam Underhill  There is a bit of page 188 text missing at this point. I will add it as soon as possible. … END_OF_DOCUMENT_TOKEN_TO_BE_REPLACED 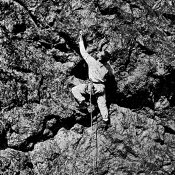 This July 23, 1939 article briefly surveys Idaho Mountaineering at the time. Unfortunately, the climbers shown in the photographs are not identified. Nevertheless, the article demonstrates that Idaho climbers were actively “getting after it” 80 years ago. … END_OF_DOCUMENT_TOKEN_TO_BE_REPLACED