The route information on this page was provided to me by Kevin Hansen who has been gathering documentation on route history in Idaho’s Lost River Range. Idaho climbers have long been known for not publishing their climbs so I thank him for his effort in rounding up this information — Bob Boyles 2014. 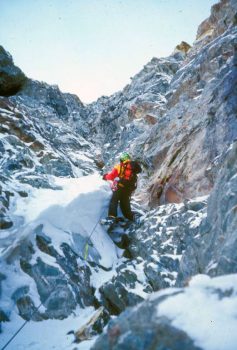 Beginning at the base of the Psycho Therapy Couloir, climb up and left/south on steep 5.7RX snow ramps to the horizontal band guarding the bottom of the Borah, Borah, Borah slot. This slot can be soloed, conditions permitting. The crux is a narrow shoulder-wide and short vertical step, WI3. Continue up the couloir to the top of the Northwest Ridge.

Tim Ball described the route as follows: “We climbed up steep snow ramps to the horizontal band guarding the bottom of the slot. This pitch was a nasty death 5.7 lead (thanks Brad!). The slot above was soloed by all of us and had a crux narrows shoulder-wide and short vertical step, WI3. We continued up the ridge for an hour or so until it got dark, then bum slid into the drainage towards Chicken-Out Ridge, then back around in the dark to the car at Rock Creek. This was in October of 2004, I think.

There was 18″ of fresh, unconsolidated snow on the approach and the entire basin was full of avalanche debris. Temps were chilly, minus 10 degrees rings a bell. We started about 4:00AM and got back to the car around 10:00PM. Quite the adventure. Doug and I returned two weeks later to climb Psycho Therapy but were storm-bound and bailed.” 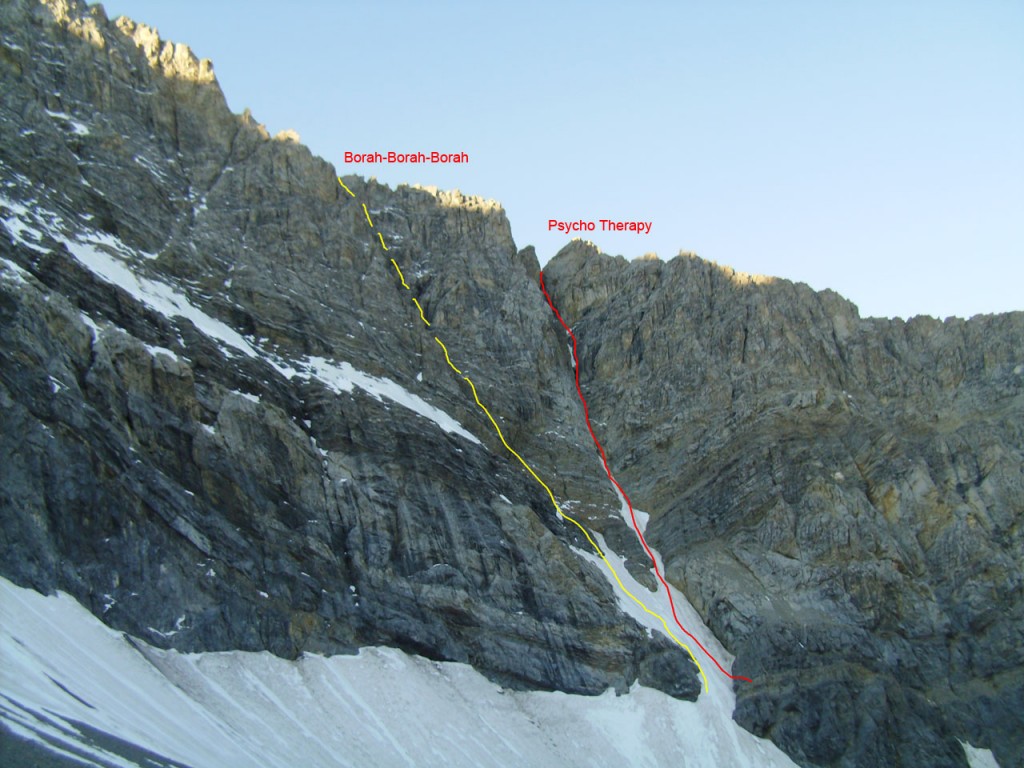