Editor’s Note: Duncan Ridge is an impressive, ragged ridge that culminates in a high point designated as Duncan Peak. Pat’s traverse is the first reported climb of the entire ridge. His climb was made on August 1, 2009.

Duncan Ridge (the West Ridge of Duncan Peak) has been a mystery to me for some time. People occasionally speak of it but I have not met anyone who has actually done it. Yesterday, I gave it a go. It was a very rewarding experience. Like most ridge traverses, it is as hard as you want to make it. This climb will test your route-finding skills. If you stay on the crest, you will get into some pretty hairy stuff but if you drop down, it can be easier. The route described stays on the crest much of the time. 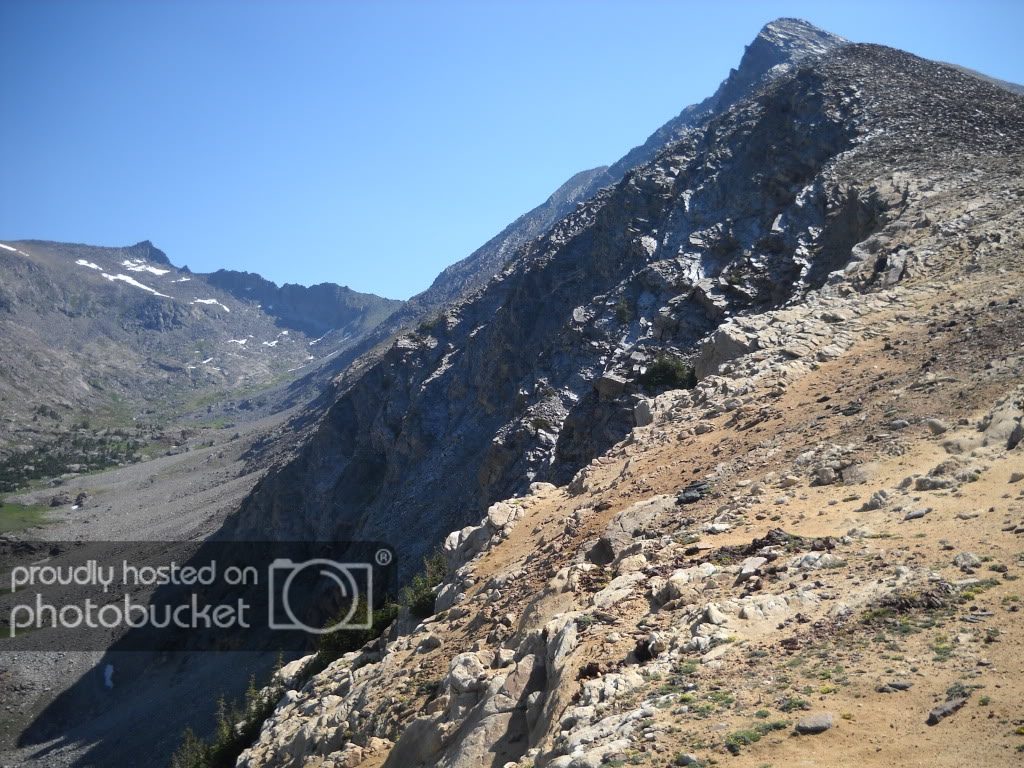 Duncan Ridge is actually a series of false summits above 11,000 feet. The adventure begins with the gray step on the West End of the ridge. The step appears to be the western high point from the boulders below but, in actuality, it is not. The step consists of steep, exposed slabs. The left side of the step is the ridge crest which overlooks the North Face (which is vertical at this point). It is full-on Class 4. This is the only place on the entire climb where I wished I had a rope. This scary section can be avoided entirely by traversing right to easier ground. 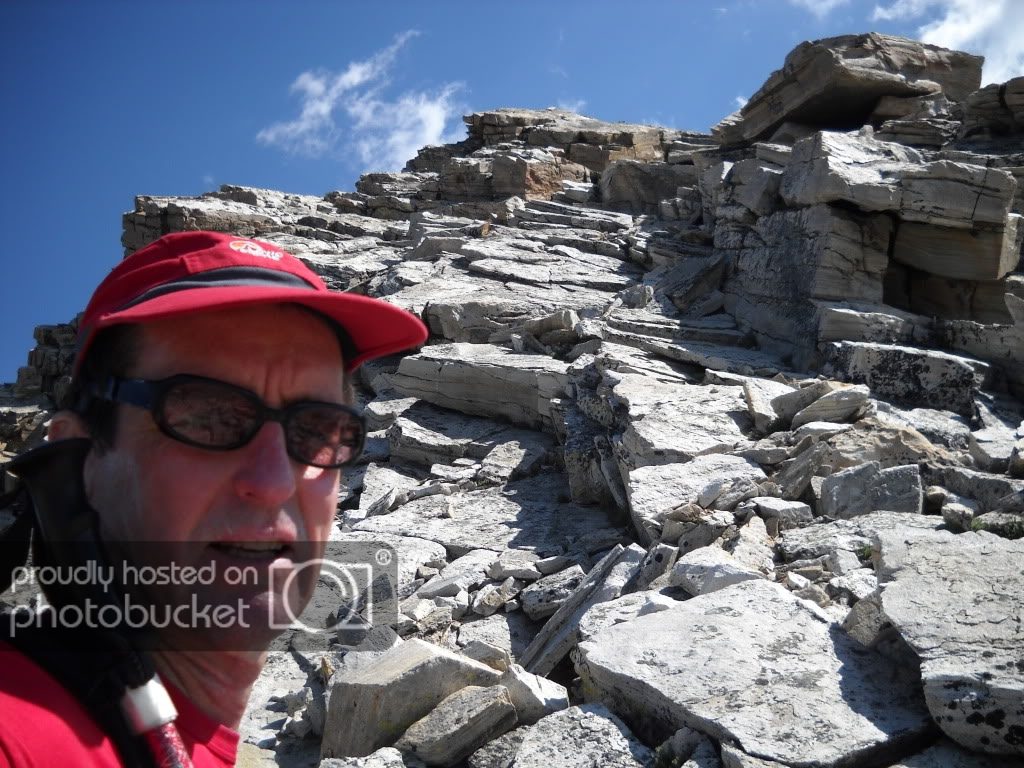 The next interesting section is descending from Point 11491 (the Red Tower). I bailed off the ridge crest and traversed the North Face to the saddle leading to the Gray Tower. 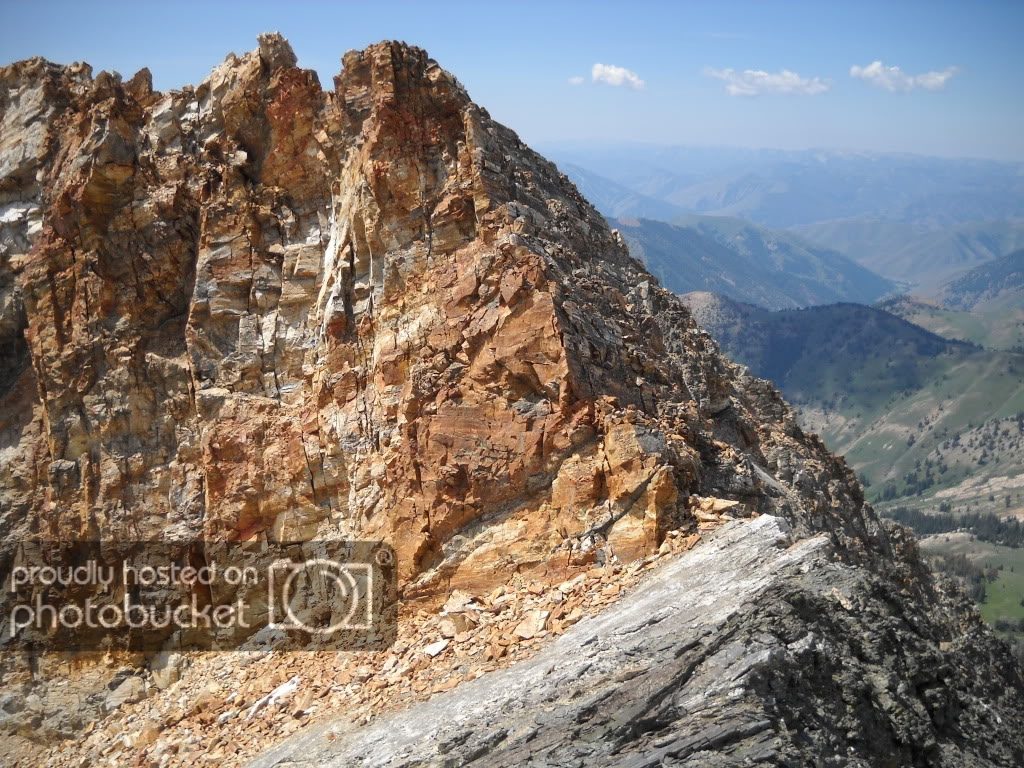 The final hard part is ascending and descending the Gray Tower. Climb the fabulous arête that sweeps upwards. After getting to the top, it’s difficult to get down. I bailed down the North Face again. Forget about traversing the South Face since it is super steep. 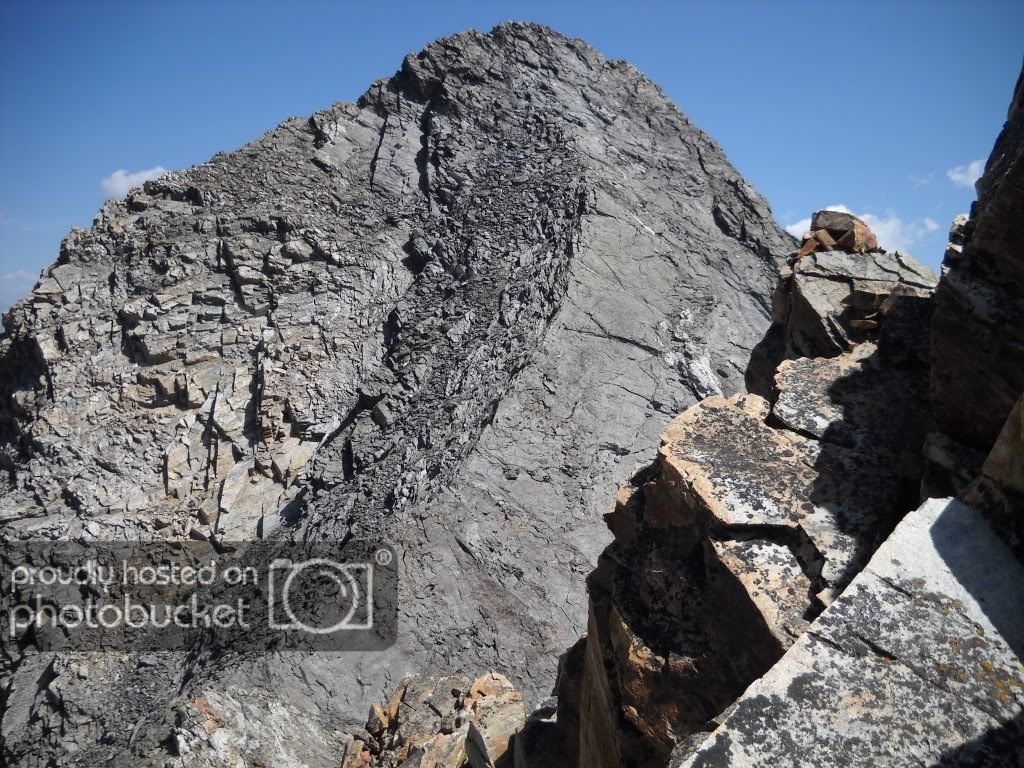 After regaining the ridge crest east of the Gray Tower, life get easier. The major obstacles are on the West End of the ridge. It took 6.5 hours from the car to reach Duncan Peak’s true summit (2.5 hrs from Point 11491). The ridge was lots of fun, but I would stay away from it in marginal weather as there is a lot of steep, loose rock.