—All Photos by Clint Barg unless otherwise noted.

Clint Barg and David Hoversland climbed a variation of the South Ridge Route in July 2019. Their route followed the East Ridge to the point where they could traverse across the peak’s Lower Southeast Face. Then they crossed a narrow ledge to the base of a Class 4 gully which they climbed to reach the top of the South Ridge. Their decent avoided the gully and dropped down the Class 3 South Ridge until they could access the Lower Southeast Face. 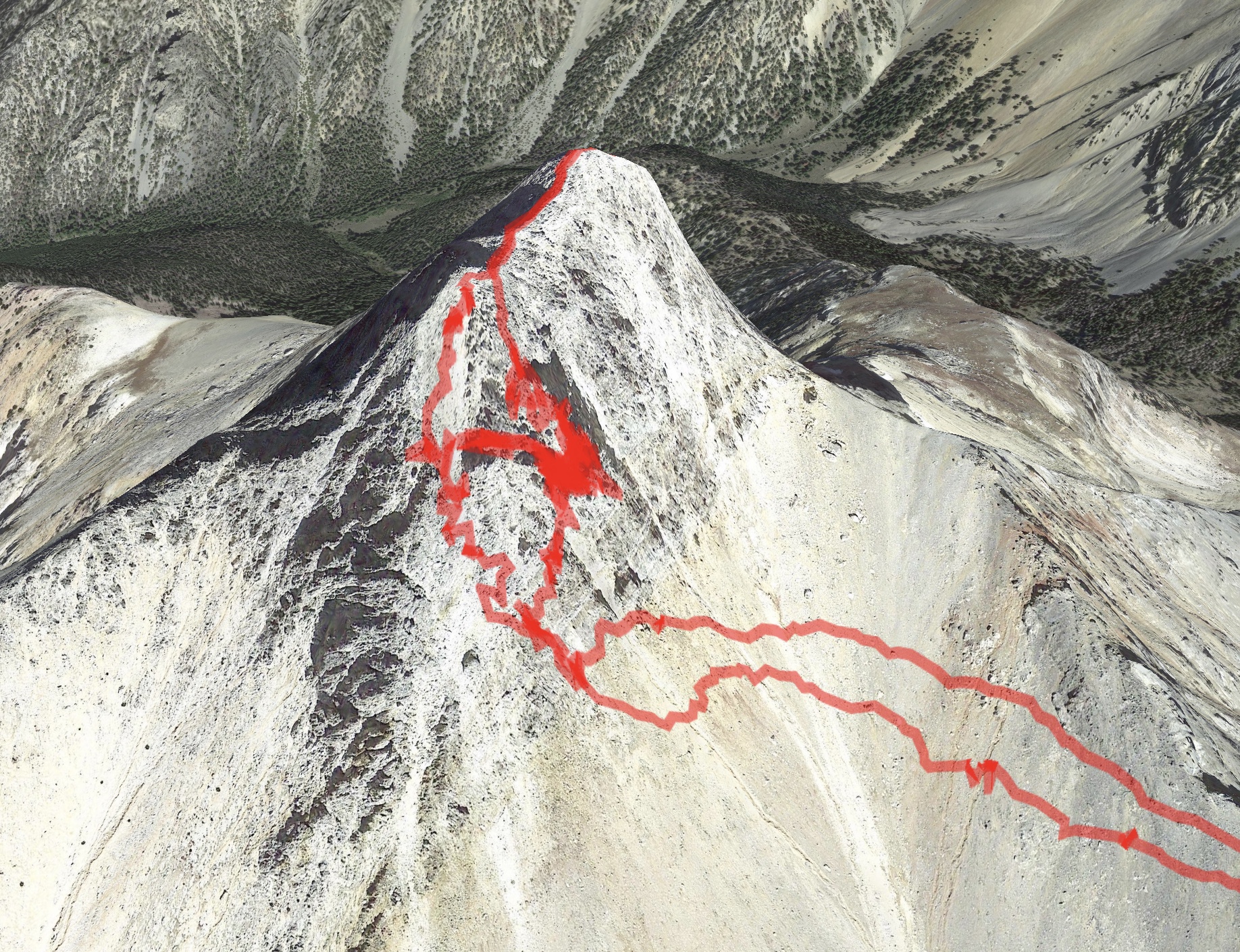 The GPS track superimposed on a Google Map image. The Class 4 ascent route is the right-side line.

Photo Essay of the Climb 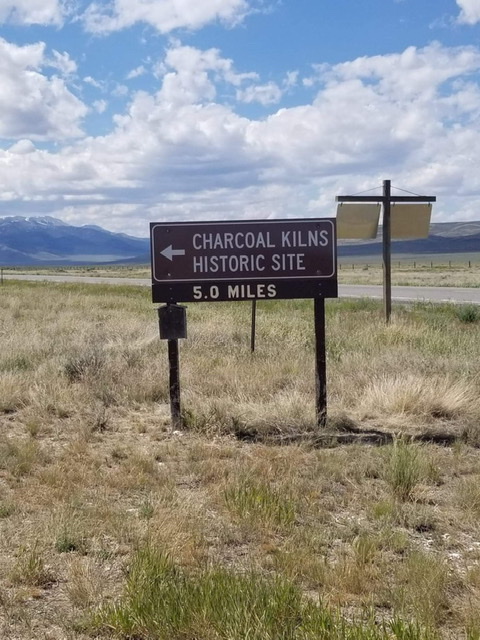 The turnoff for the Charcoal Kilns. About 1/2 mile before the Kilns, turn south. 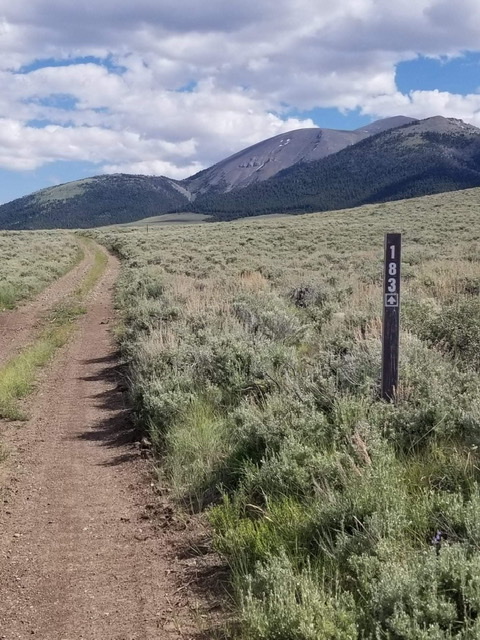 On this road toward Bell Mountain Canyon 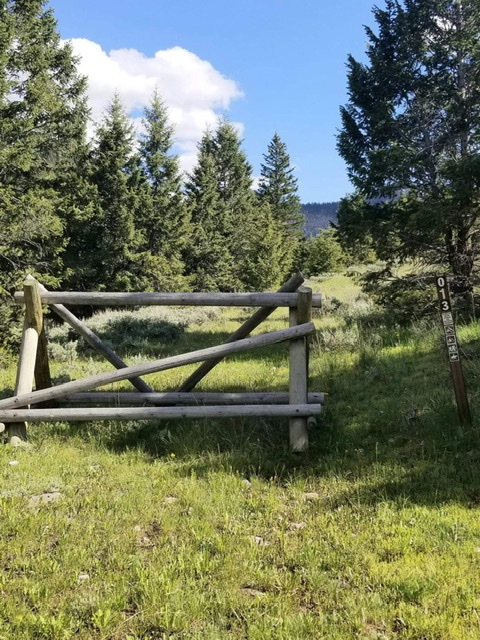 The end of the road.

Clint reports: “The lower portion was easy with very little bushwhacking required. The first 3/4 mile is primarily following an old jeep trail. The entire approach is straightforward as you primarily stay on top of the ridgeline to the South Side of Bell Mountain.” 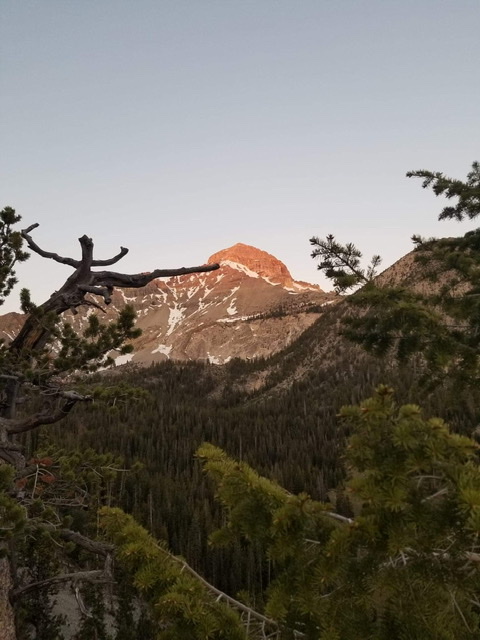 An early morning shot of Bell Mountain while climbing the East Ridge. 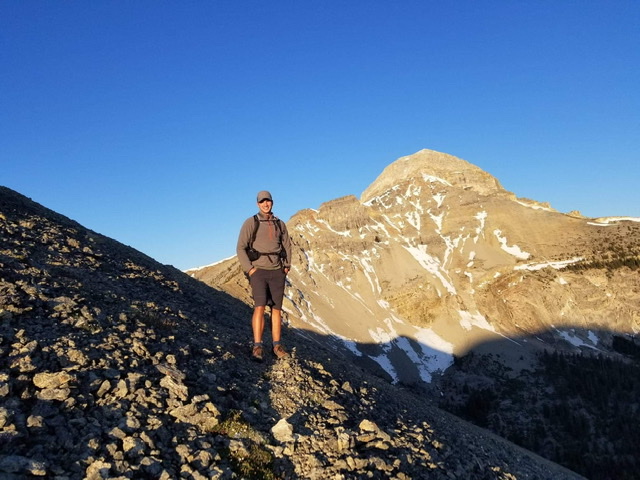 My climbing partner David Hoversland with Bell Mountain behind him. 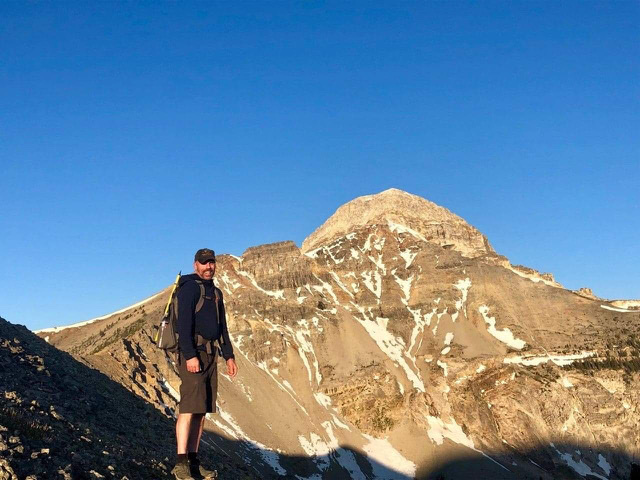 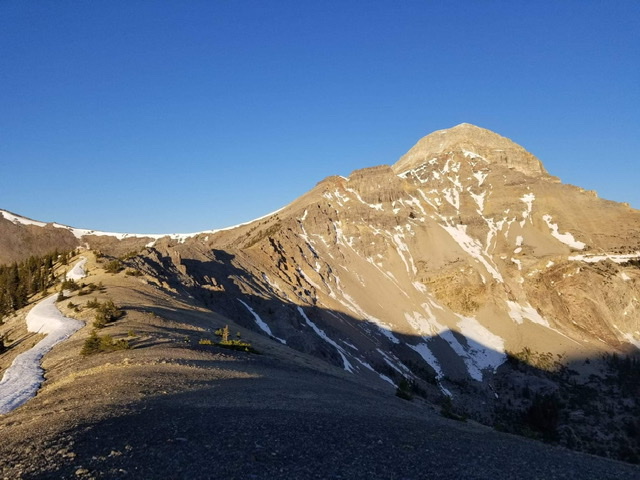 Clint pointed out: “The side-hilling across the face was loose but not too difficult. There were some game trails across it that we followed.“ 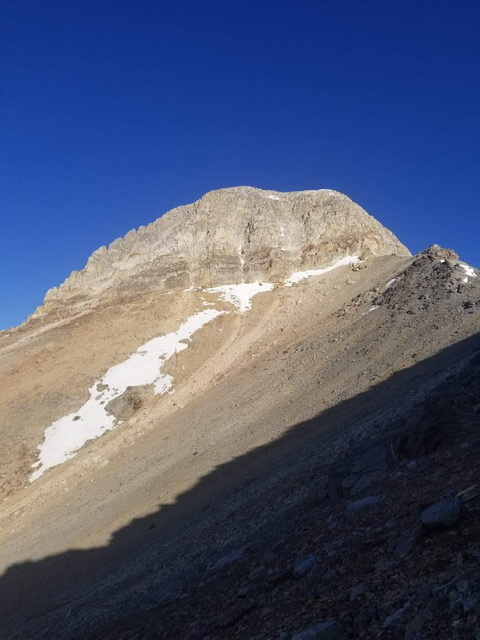 First glimpse of the summit block from the south. 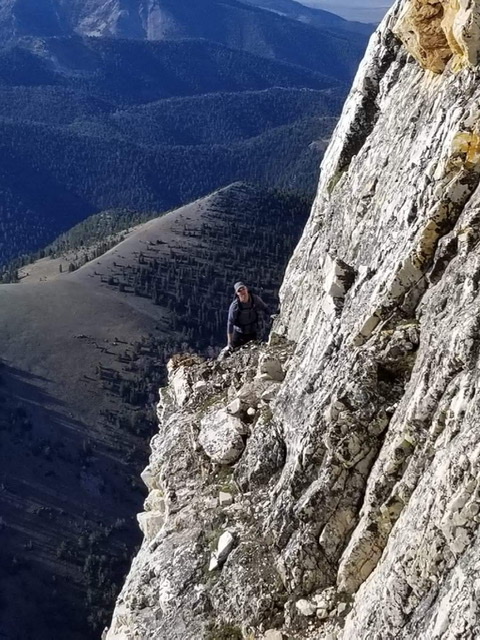 David Hoversland crossing the narrow ledge that leads to the bottom of the gully.

Clint reports: “The gully was approximately 100 feet high and full of snow/ice which we weren’t necessarily prepared for. It was Class 4 due to both difficulty and exposure.” 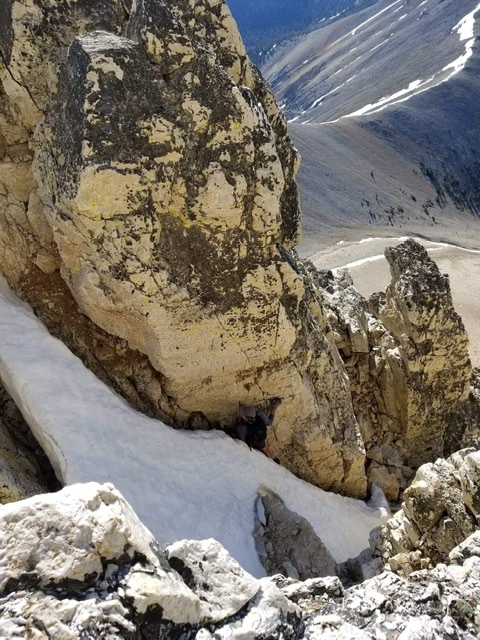 David coming up the chute (center). 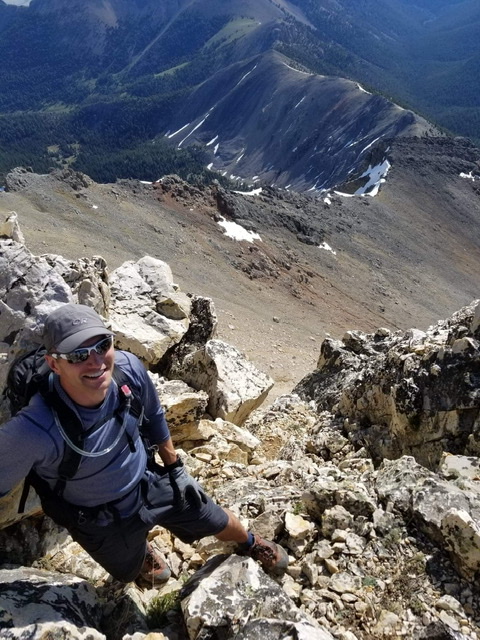 The top of the Class 4 route. From here, it is a short ridgeline walk to the summit. 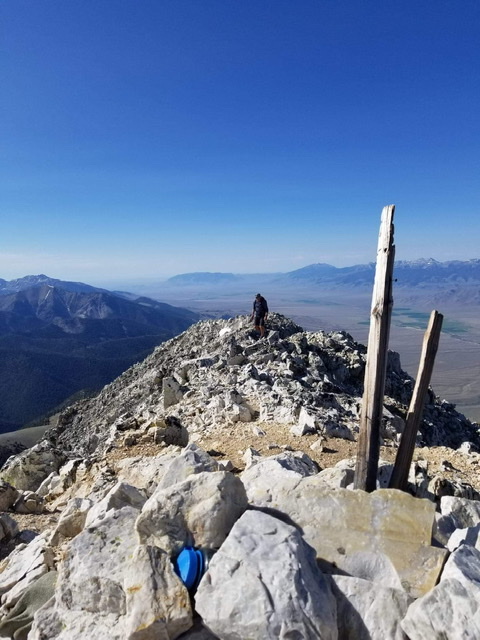 David coming up to the summit register.