Access to Washington Basin is discussed on Pages 228-229 of the book. The following updated directions and photographic trip report by Ray Brooks (2015) will whet your appetite and updates the book to the extent that it shows that road has not been improved since the book was published and that Ray’s photos bring the little-known area to life.

To reach the trailhead, drive approximately 36 miles north of Ketchum on ID-75 or about 25 miles south of Stanley on ID-75. Turn east on Pole Creek Road. It is about 17.5 miles to end of the road in Washington Basin on the Pole Creek/Germania Creek Road/FS-197. Go 2.4 miles to a junction with Valley Road. Proceed right to remain on Pole Creek/Germania Creek Road. Go 8.3 miles up and over Pole Creek Summit (8,400 feet) to the Champion Lakes trailhead. The road gets rougher and much narrower as you go. It is a one-lane road with occasional turnouts.

To reach Washington Basin, drive 2 miles past the Champion Lakes trailhead to Three Cabins Creek (parking area and Forest Service signs). Turn left onto the Washington Basin ATV/4WD trail. From here, it is about 5 rough miles to the end of the road in Washington Basin. Hiking or mountain biking is recommended. These roads are popular with the ATV/4WD crowd. Expect a lot of traffic on weekends and holidays. On our early August trip (on a Thursday), we encountered 5 ATVs and 2 4WDs. There are thousands of standing dead trees along the road. A chainsaw is highly recommended.

Dorita and I drove about 14 miles on dirt roads that kept getting steeper, narrower, wetter and rougher from ID-75 toward Washington Basin in the White Cloud Mountains on Thursday morning. We intended to hike 2 mountains on the South Edge of Washington Basin, but it had rained heavily the night before and the undergrowth was very wet, the winds were gusty and temperatures were coolish.

Instead, we hiked about 3.5 miles up the road that goes to the head of Washington Basin. The basin is high and scenic and is also full of mines dating back to the 1880s. The first miner in Washington Basin was George Z. Blackmon, who was a black man. A tourist who interviewed him in 1897 wrote this:

“He was accustomed to pack in his supplies in the last of August and remain for the Winter snowed up until the opening of Spring enabled him to pack out a few tons of ore to buy another season’s provisions. I remember inquiring, “What do you do if you break a leg?” And, after some thought on his part, received the answer: “Well, we mostly don’t break our legs.” 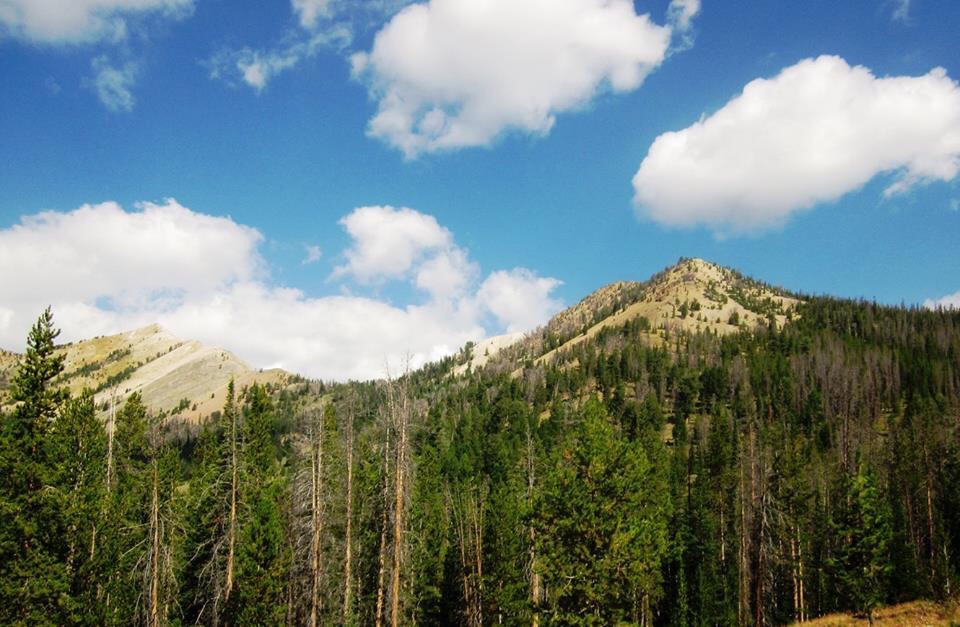 Croesus Peak (left) and Bible Back Mountain (right) are on the South Boundary of Washington Basin. They are covered with mines dating back to the early 1880s. We had intended to hike them from near where this photo was taken, but conditions were less than favorable for our adventure. Ray Brooks Photo 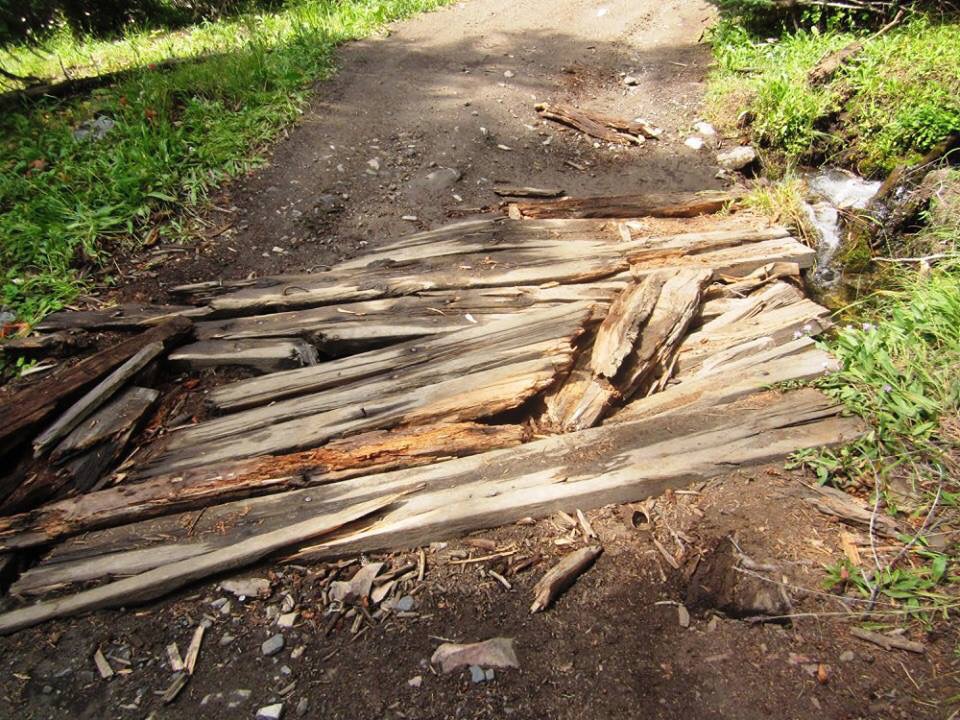 A somewhat-ruined bridge on the part of the Washington Basin Road/Trail that we hiked. I don’t think that I would have tried it with my 4Runner. Ray Brooks Photo 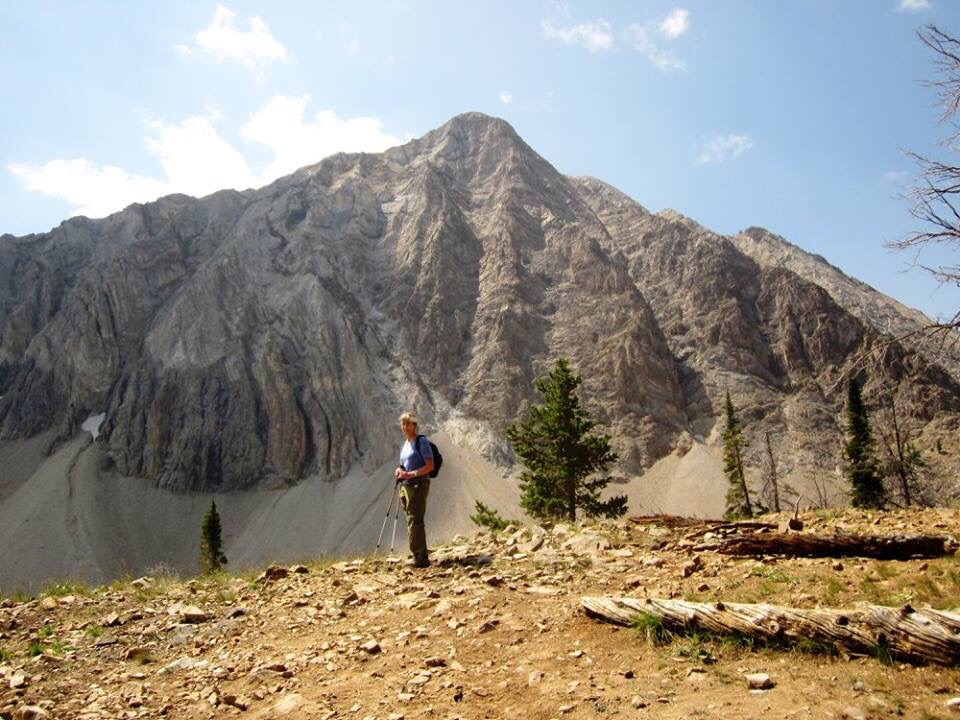 Dorita and the North Face of Croesus (as in richer than Croesus) Peak as viewed from Washington Basin. Ray Brooks Photo 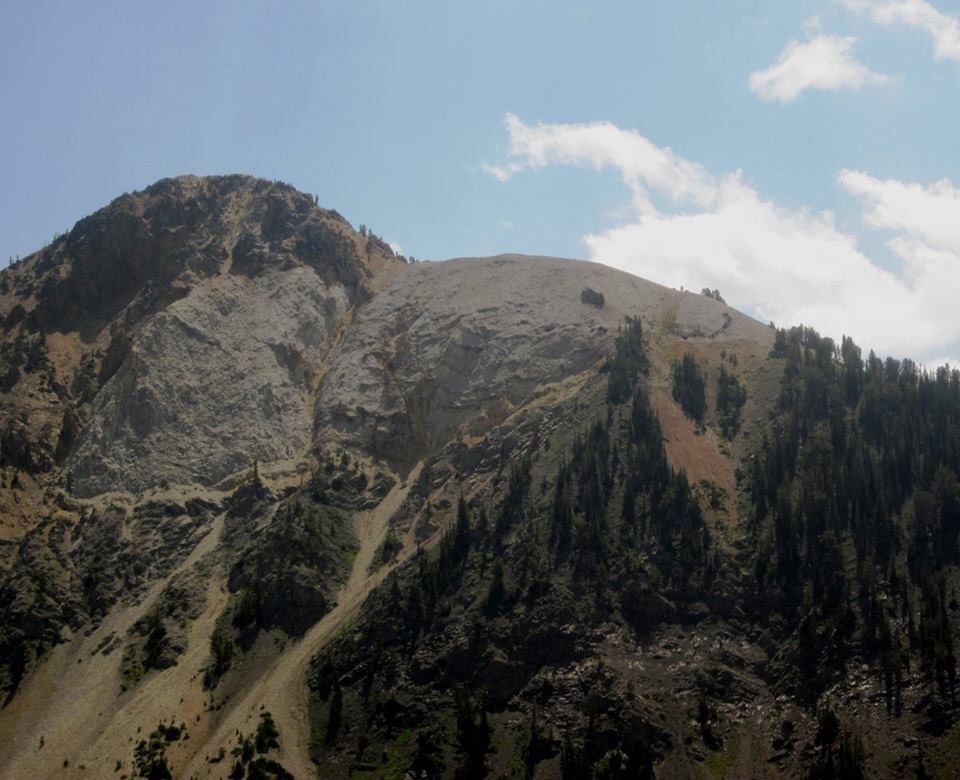 The Northwest Side of Bible Back Mountain with early mines visible on the right shoulder. Ray Brooks Photo 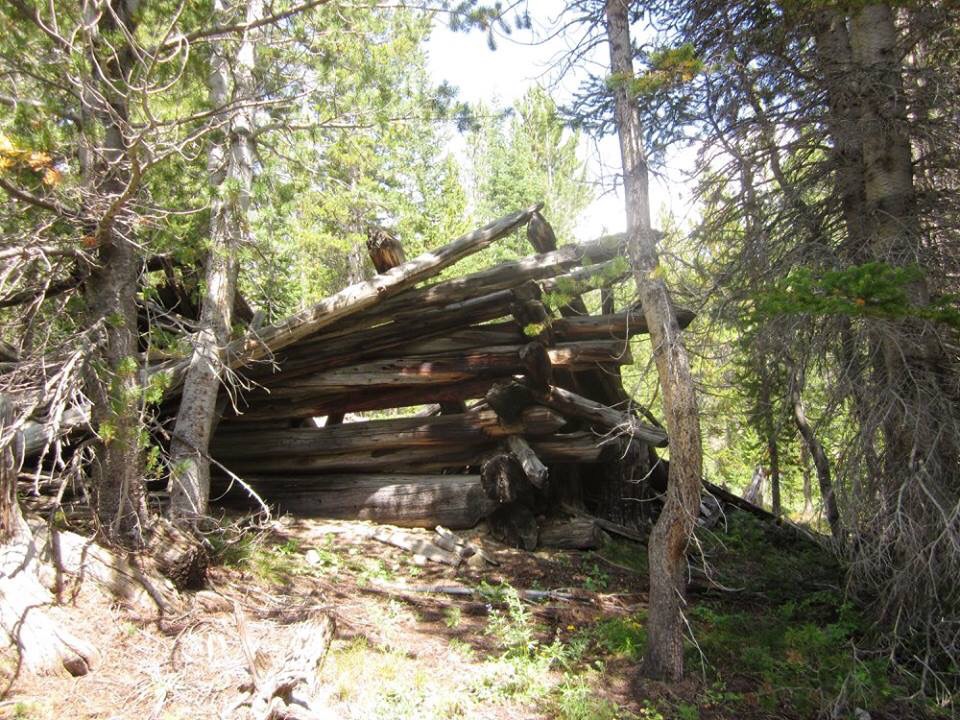 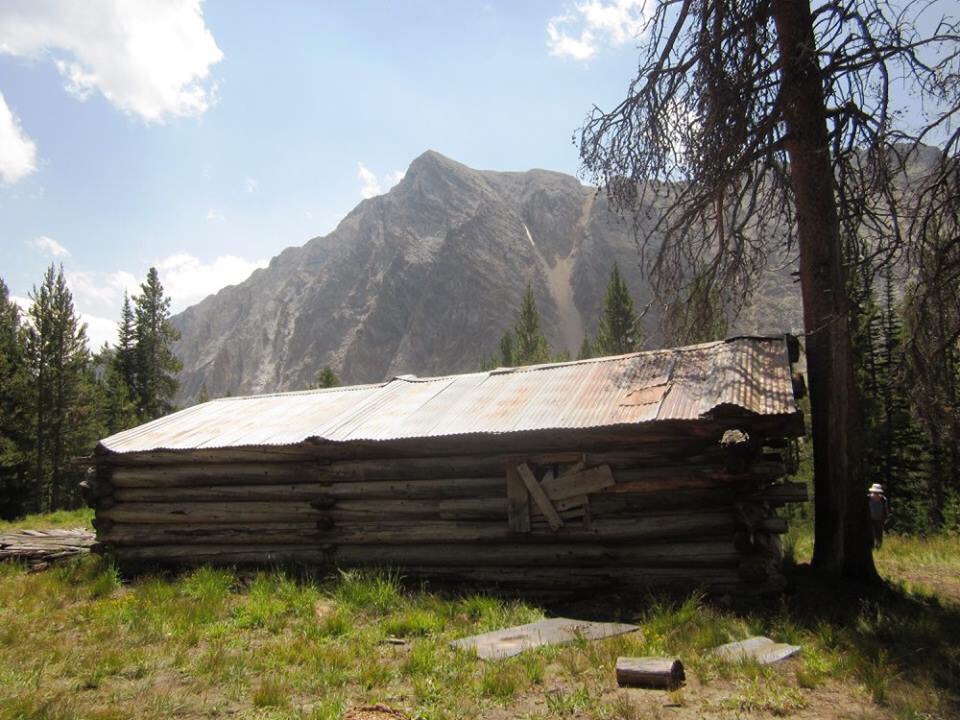 Another cabin. This one (with Croesus Peak in the background) still has some rather battered furnishings inside. Ray Brooks Photo 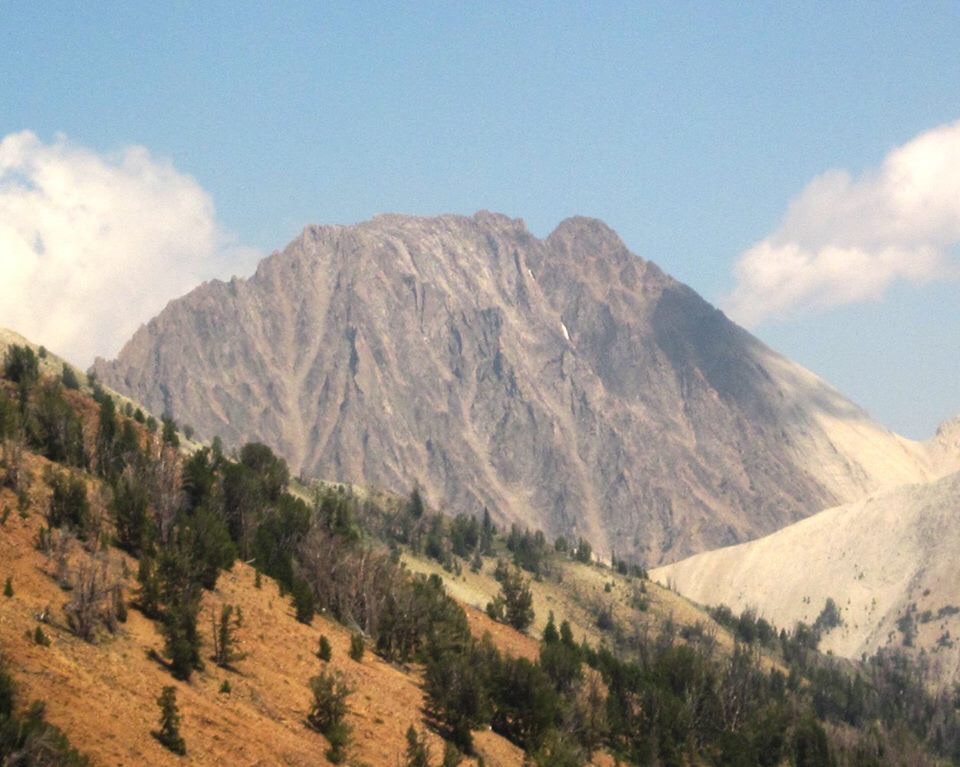 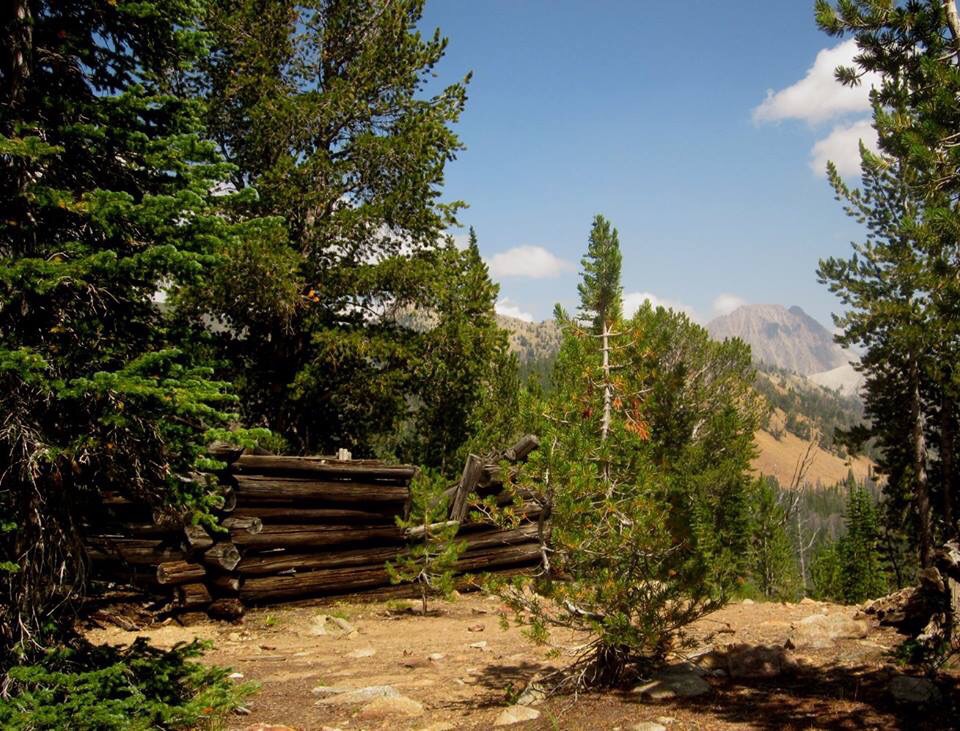 The highest cabin (9,400 feet) that we visited with Castle Peak at right. Ray Brooks Photo 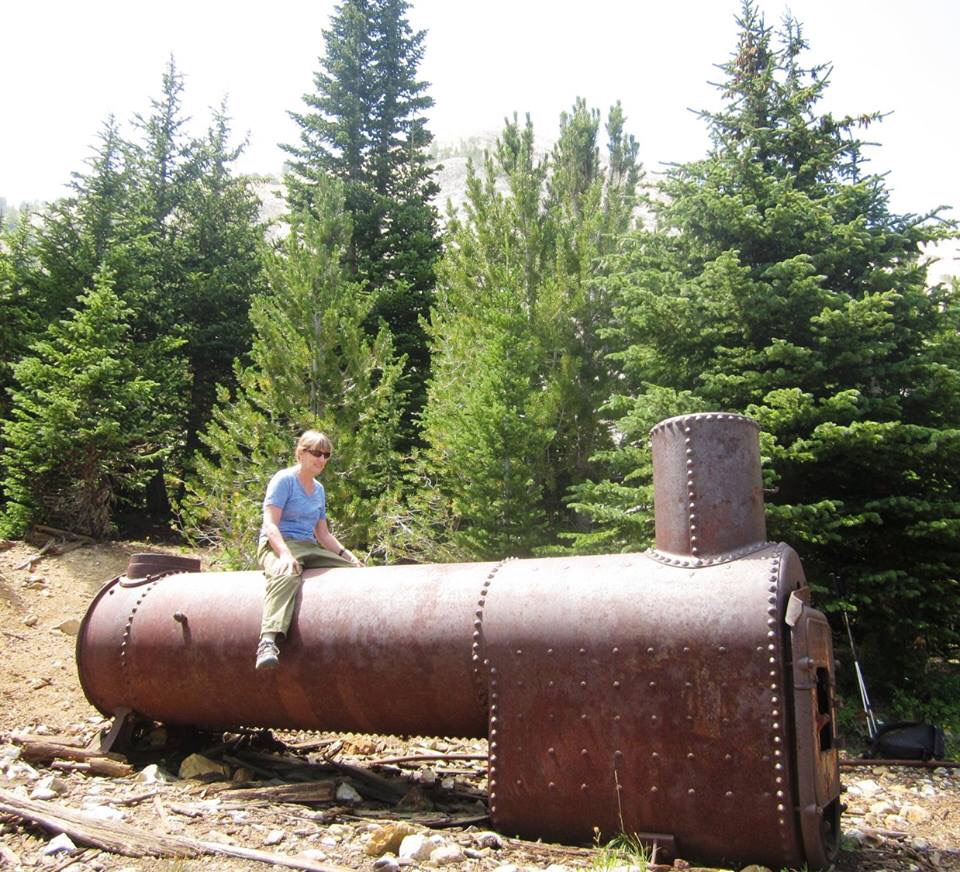 Dorita waiting for an old boiler to take off. It must have been interesting bringing that in with a team of mules or oxen. Ray Brooks Photo 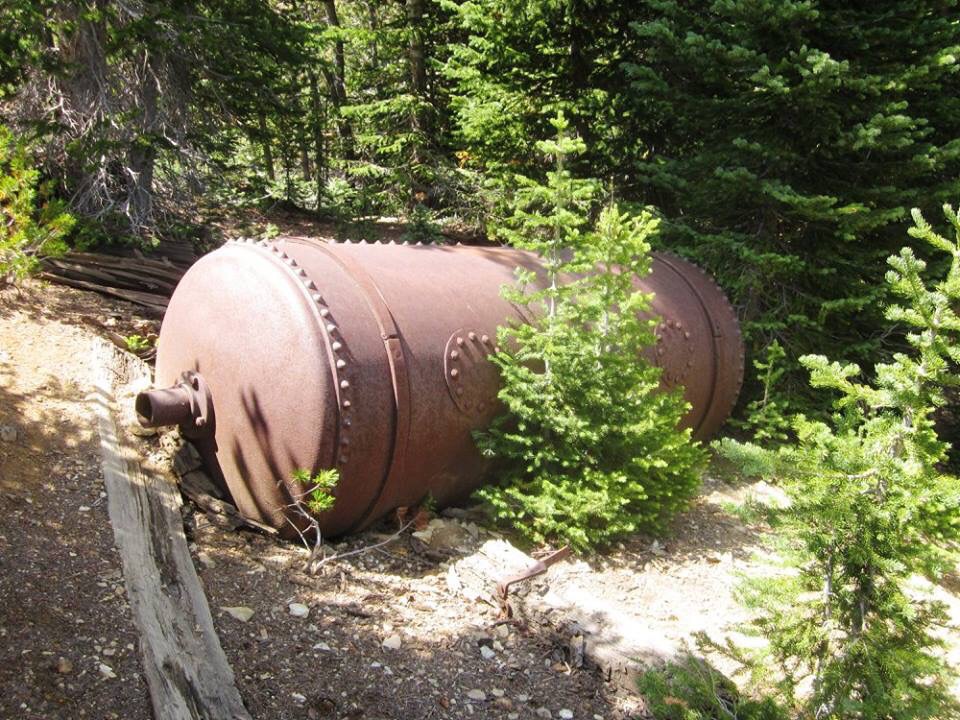 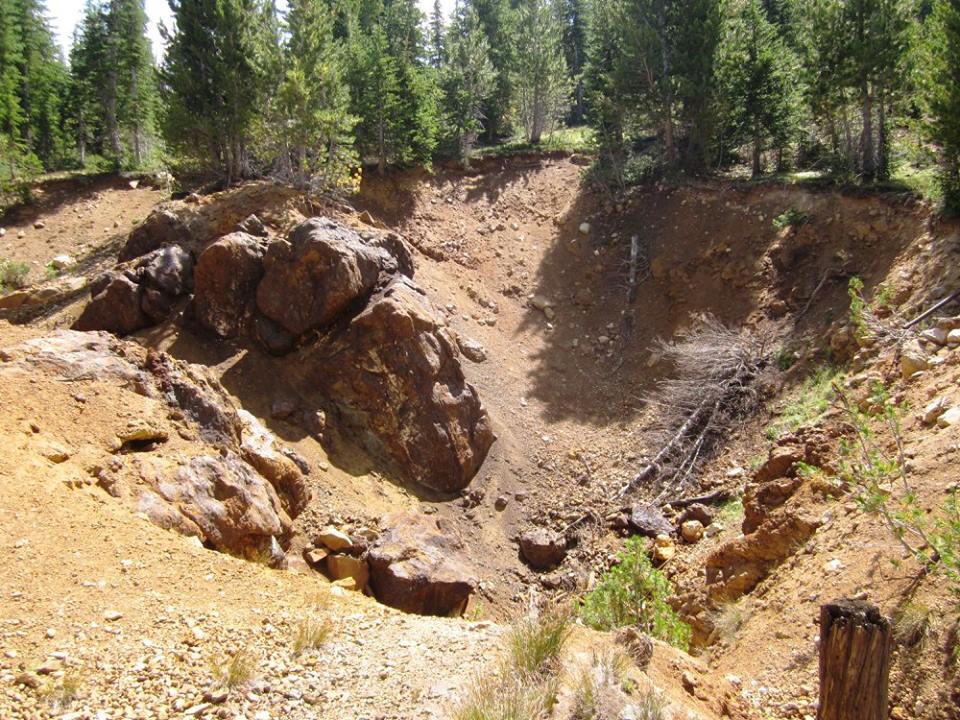 One of the many old mines. Ray Brooks Photo 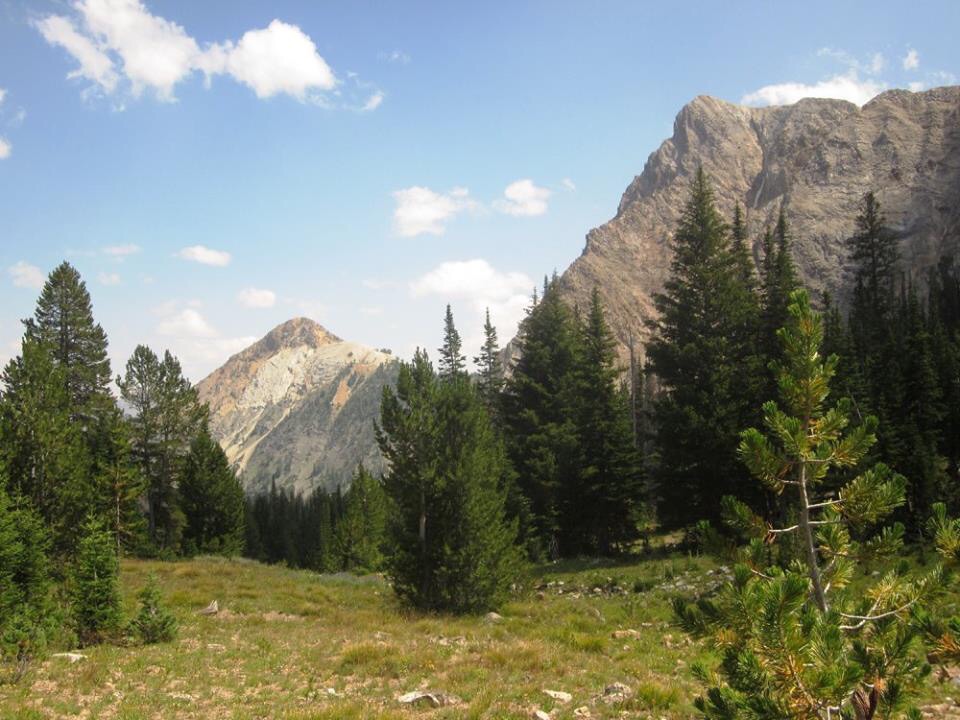 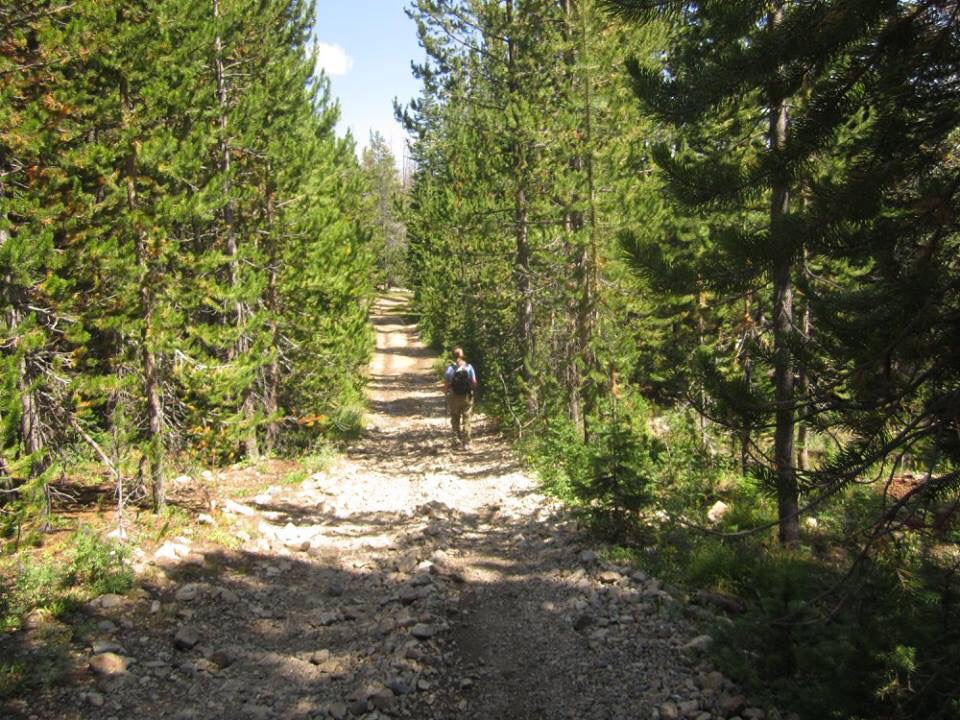 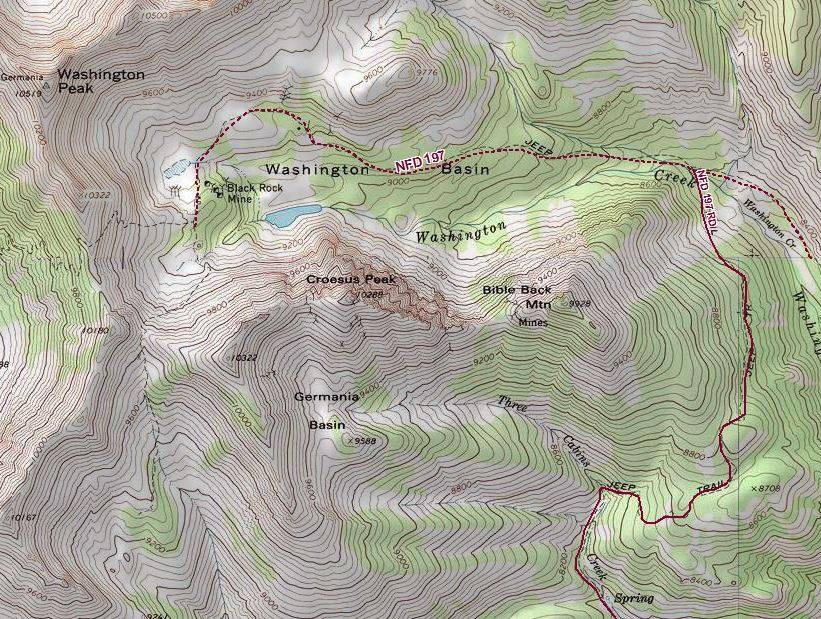