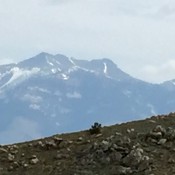 Climbing and access information for this peak is on Page 307 of the book.

The Clapper is overshadowed by it giant neighbor, Bell Mountain. Nevertheless, it is a worthy goal. Larry Prescott’s trip report, linked below, provides great photos and additional ascent information which will help get you to the summit. The climb is Class 2 via its Southwest Ridge. The Clapper has been climbed by a group that traversed over from Bell Mountain. This group descended Bell’s Class 3 South Ridge, then crossed the talus slopes below its east face to reach the ridge connecting the two peaks. They then climbed up the Clapper’s northwest ridge.  USGS Bell Mountain 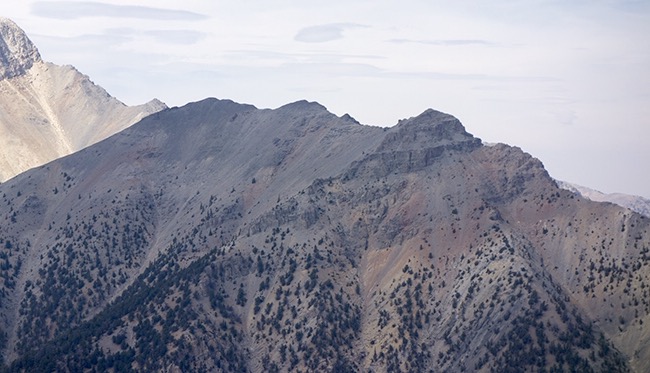 The Clapper as viewed from Peak 10681. Larry Prescott Photo 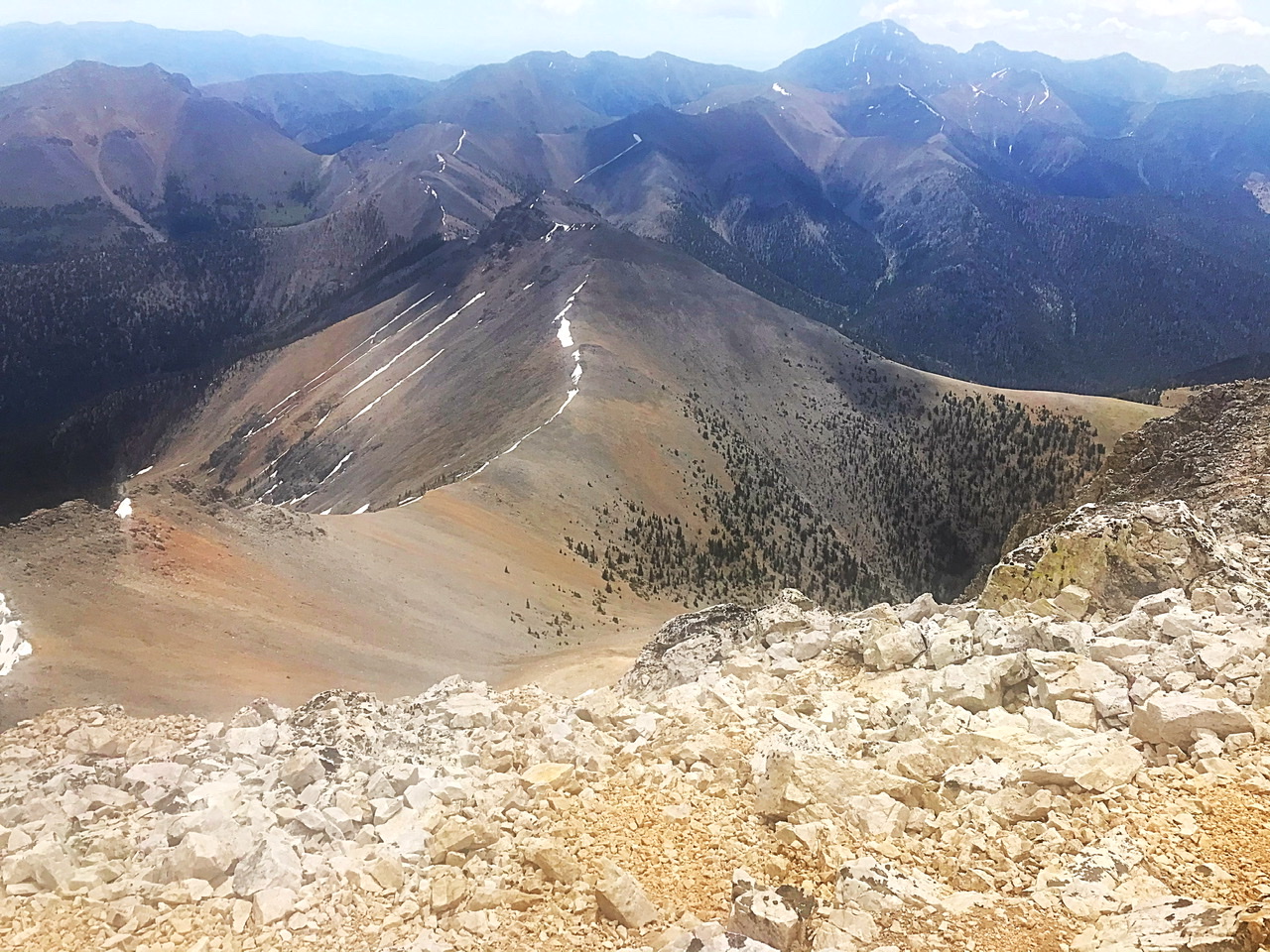 The Clapper viewed from the summit of Bell Mountain. 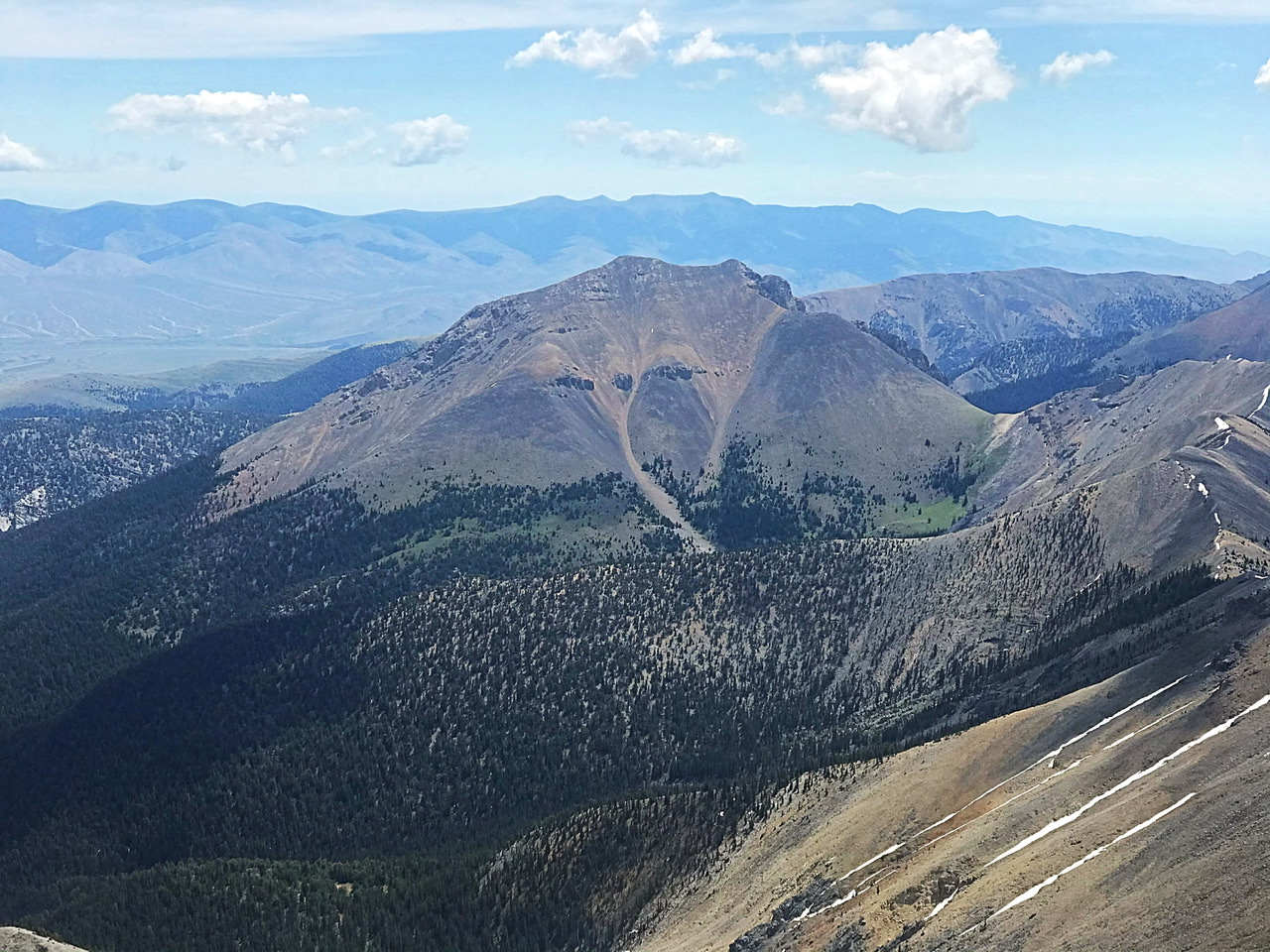 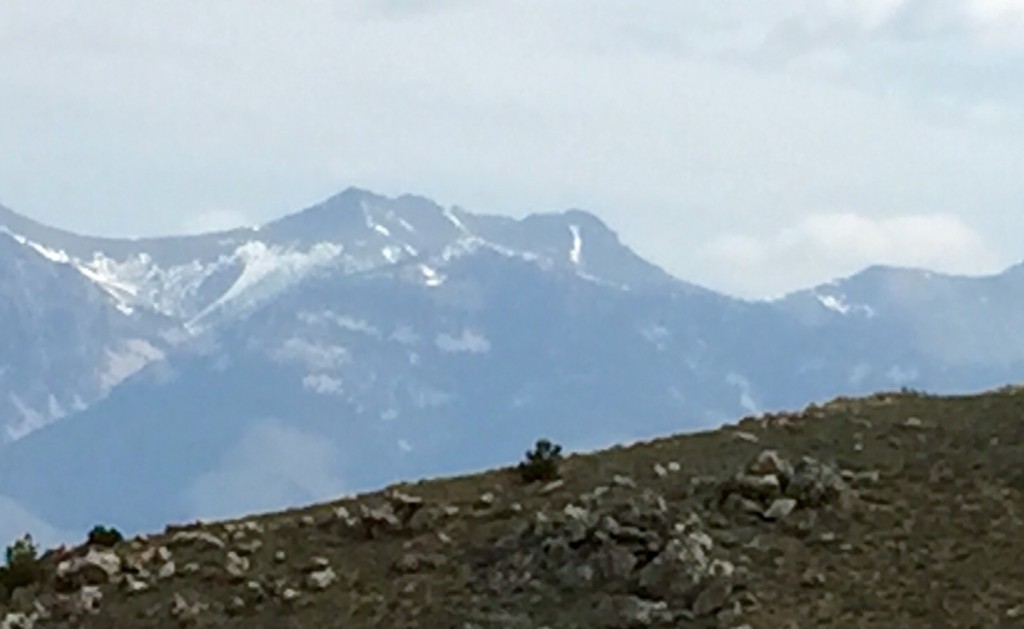 The Clapper as viewed from the North Slopes of Hawley Mountain.