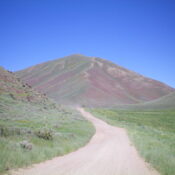 This peak is not in the book. This peak has also been climbed via its southwest ridge, starting at the mouth of Deadman Gulch. This ridge starts on private property and may or may not be open to the public. Check locally. Published November 2022

Peak 8189, locally know as Deadman Peak, is a big mountain that towers over Quigley Creek to its south. This area is a mix of private and public land. The southeast ridge route is entirely on BLM land until the summit area, which is on private land. There is no signage or fencing to prohibit entry. It is still advisable to obtain permission from the landowner before climbing this peak. USGS Hailey 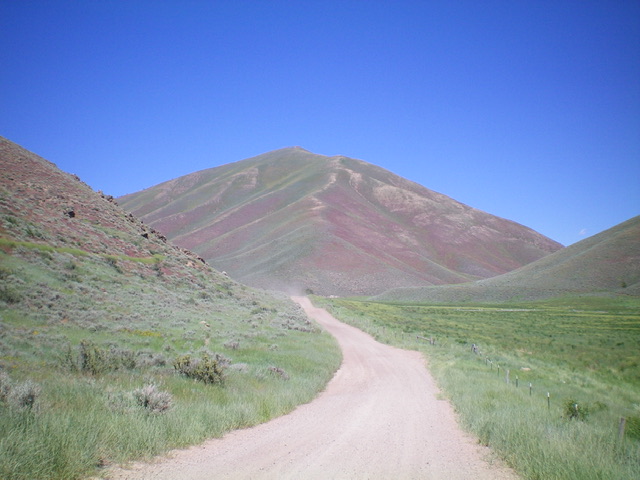 Peak 8189 and its magnificent southwest ridge (coming at the camera) as viewed from Quigley Road. Livingston Douglas Photo

From its genesis at East Ridge Drive in Hailey, drive northeast up [signed] Quigley Road for 4.6 miles to an unsigned junction at a large gully that heads left/north from the road. Park in a meadow at a dispersed campsite just off Quigley Road on this side road (5,790 feet). Please note that, contrary to maps, there is no access to Peak 8189 via the East Gully Road off Indian Creek Road. East Gully Road has “private access only” and ends in a turnaround only 0.8 miles up the road. The road does not continue farther up East Gully as the USGS topo map [incorrectly] shows.

From the meadow/campsite, return a short distance down to the junction with Quigley Road. From the junction, bushwhack west up onto the crest of the [obvious] southeast ridge. The initial section is thick sagebrush with loose underlying scree. The ridge is sagebrush-covered for the first 800 vertical feet but always has loose scree to keep you off balance, which is more of an issue on the descent. After the initial 800-foot push, the ridge becomes an easy mix of short scrub and scree/gravel. The ridge is obvious and heads west-northwest then northwest up to Point 7921. From Point 7921, drop 60 feet west to a sagebrush saddle and cross from BLM land onto private land at this point (though you probably won’t realize it). Continue west through more sagebrush to reach the summit hump. The summit of Peak 8189 has a large, flattened cairn which I rebuilt a bit. 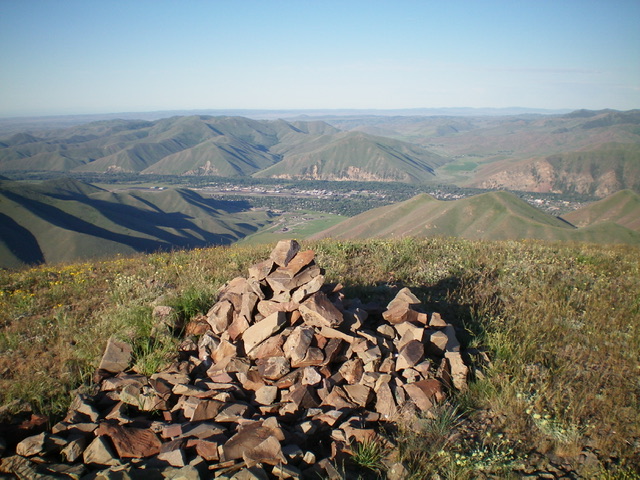 The summit cairn atop Peak 8189 with Hailey, ID below. Livingston Douglas Photo 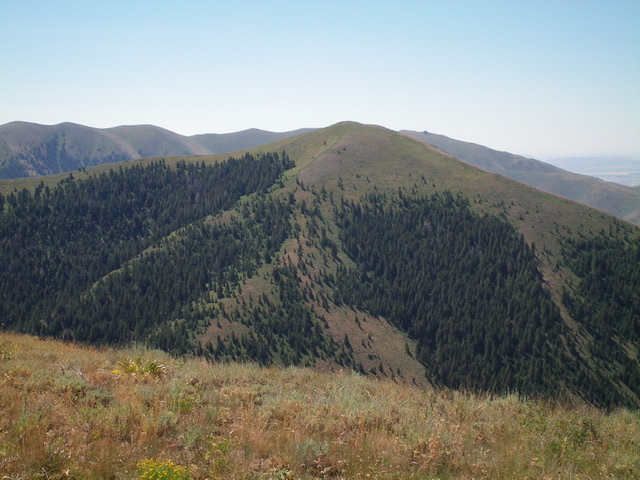 Peak 8189 as viewed from Peak 8120 to its north. Livingston Douglas Photo