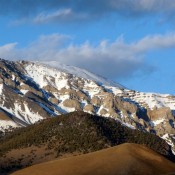 Climbing and access information for this peak is on Page 270 of the book. Brett Sergenian has climbed a new route on the peak which is set out below.

Al West Peak is the first peak north of Mount Borah on the main Lost River Range Crest. Rick Baugher made the first ascent via the peak’s South Ridge. Use the link below to read Rick’s trip report. USGS Borah Peak 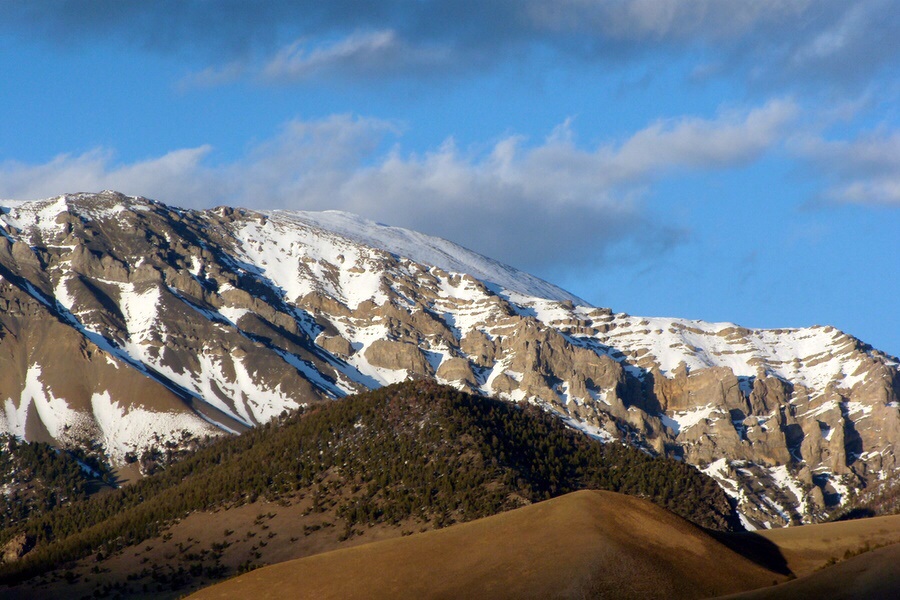 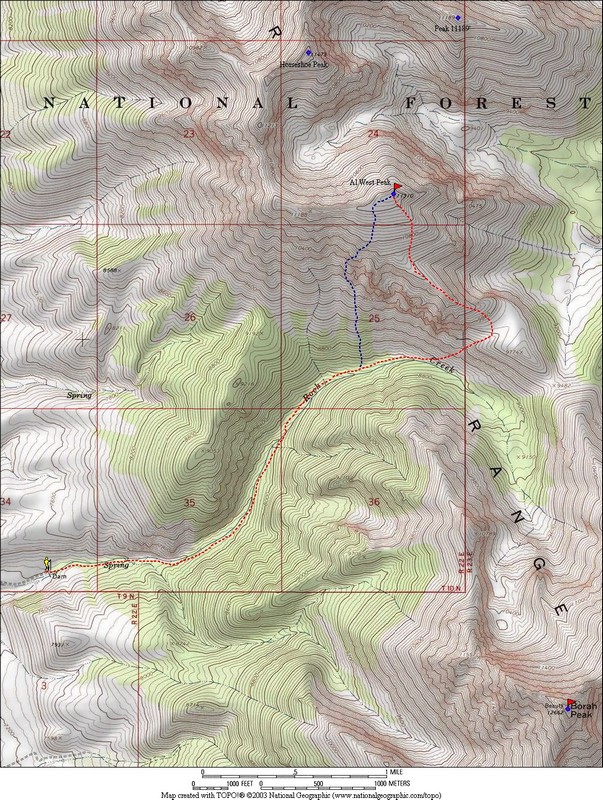 Dave Pahlas and crew followed a different line than Rick Baugher. Read about his route using the link below.

I ended up doing this route on the ascent by accident, but it is direct and avoids bushwhacking. When I realized Mahogany Creek was on the other side of Rock Creek requiring a 1,500-foot drop, I decided to wing it and see what happens by following the ridge. At the end of Rock Creek Road, stay north of Rock Creek and go over Points 9053, 9218, and 9192. From Point 9192, head straight uphill toward Point 11188. This section gains 2,000 feet of elevation in a mile or less and is tiresome. Stay near some small rock towers for better footing. Before then, you will encounter some Class 4-5 cliff bands.

I nearly got to the top of the gully to the right before encountering Class 5 terrain. Just to the west, I tried another route that was Class 4+ on unstable rock. After dropping down once again, I found a Class 2 gully filled with loose scree just to the west of the Class 4+ route. Once you reach the cliff bands, contour west into this gully. Although the loose scree is not pleasant, it leads just to the west of Point 11188. From Point 11188, head east to the summit with a few Class 3 moves to avoid a couple of towers. On the way down, I decided to take the standard route to minimize the punishment to my knees. My route is to the west of the route that Rick Baugher took in 1993. 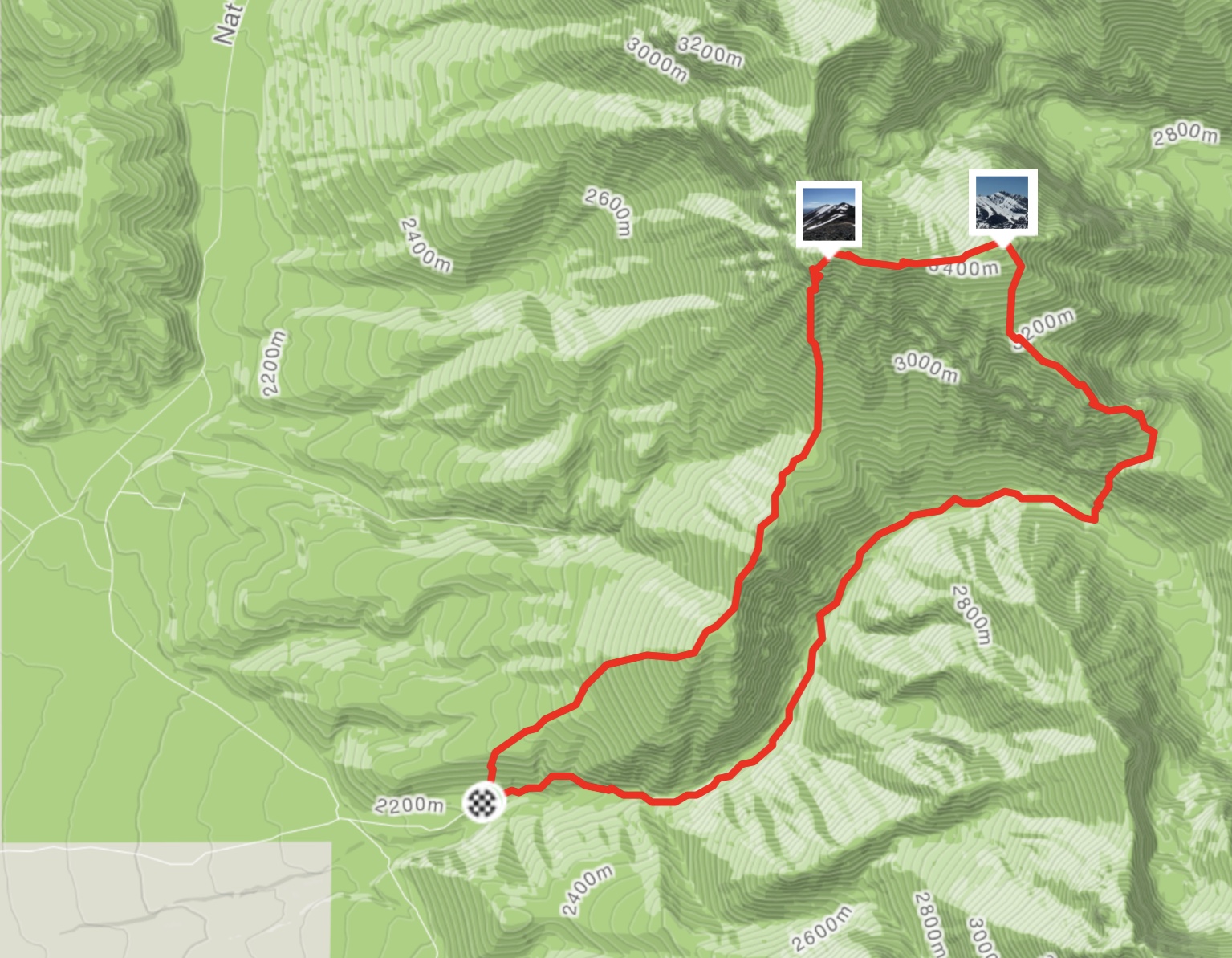 [Editor’s note: Use the Brett Sergenian link below to read his full trip report. Brett also posted in GPS data at the following Strava link: https://www.strava.com/activities/1021747949.] 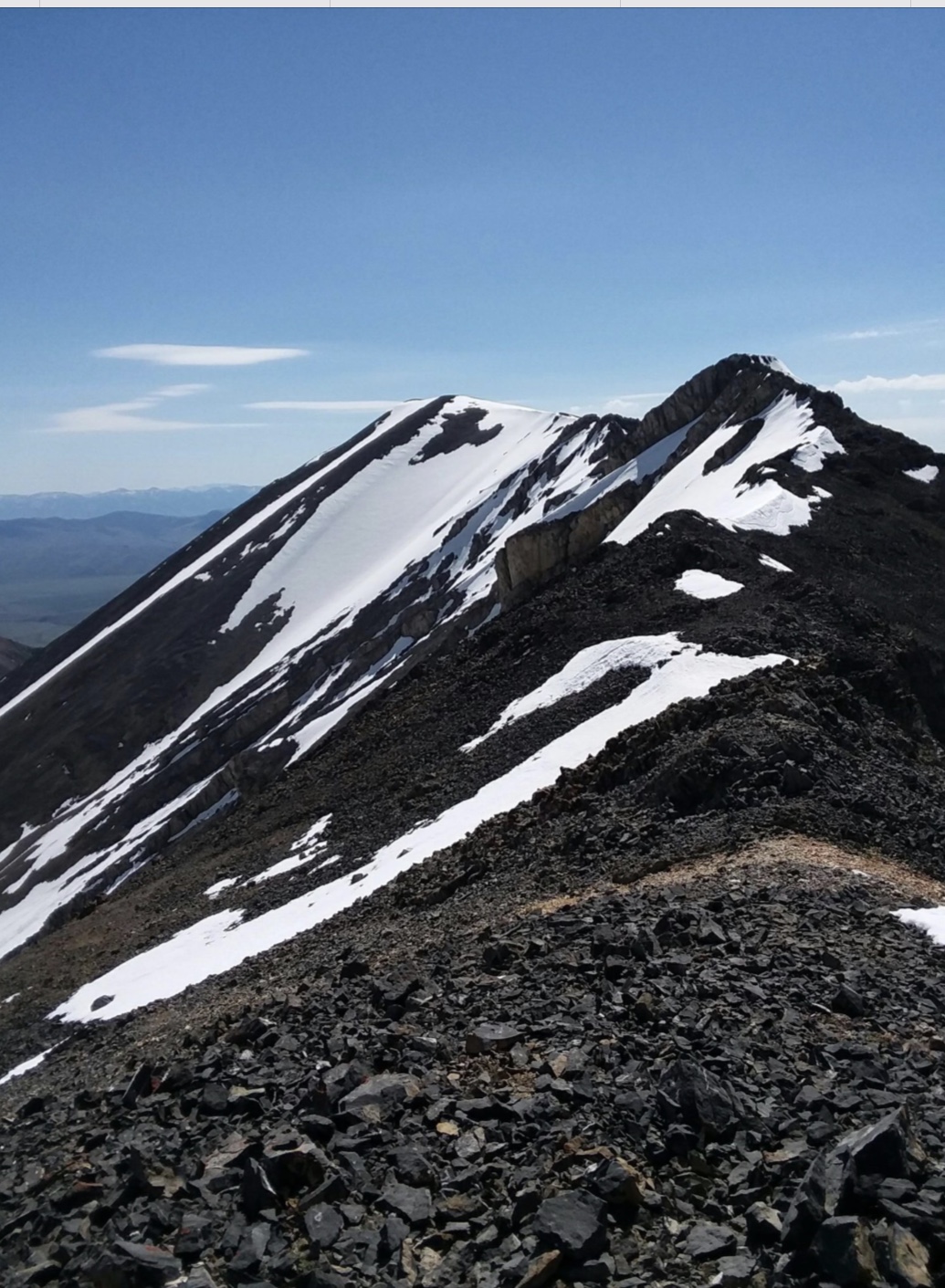