Bald Hill is a hump that is tucked in the west side of the South Hills, below Deadline Ridge to the east and mixed in with some other unranked points of similar height. While not an impressive summit, this is an enjoyable hike through a beautiful forest on a good ATV trail with other, older trails leading you right to the sparsely-visited summit. The summit is in open terrain and provides nice views of the surrounding canyons. USGS Pike Mountain 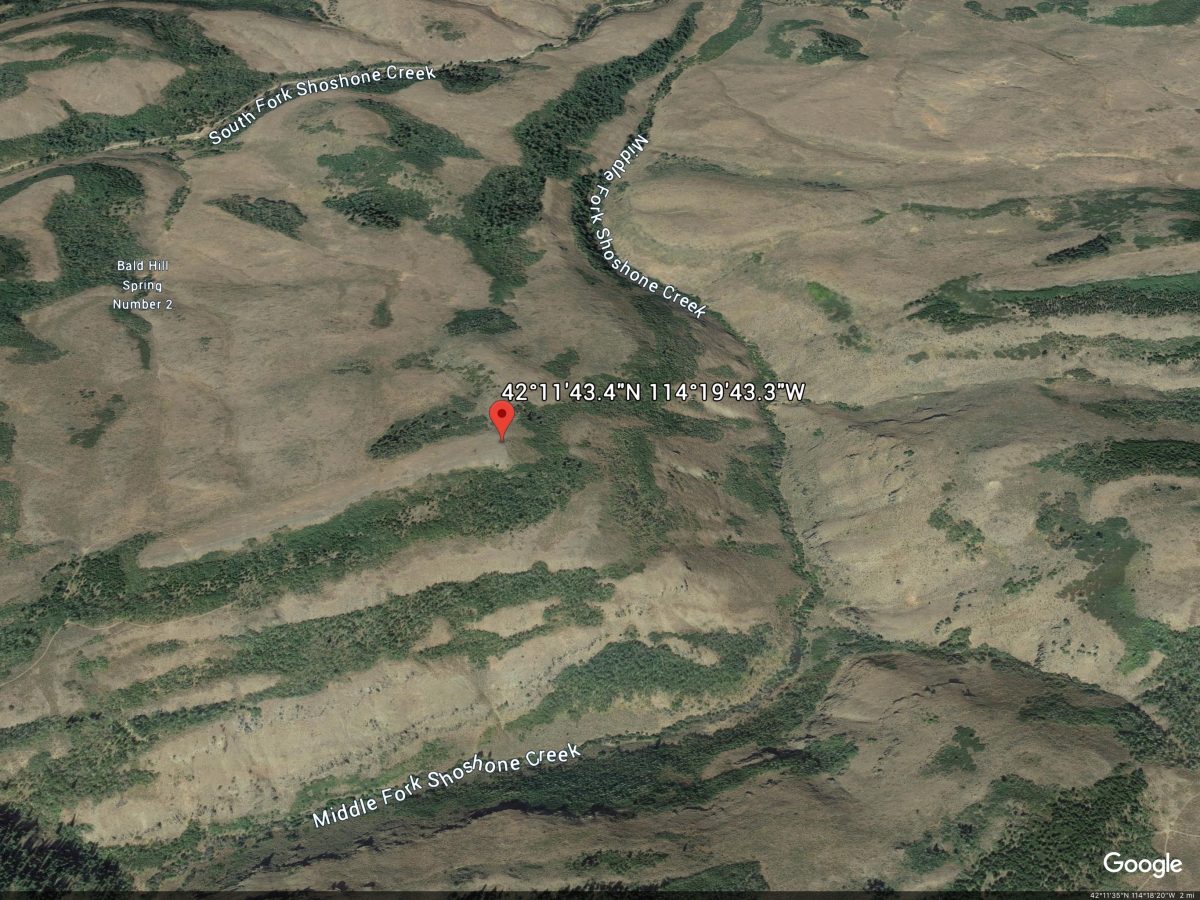 This is the easiest route to the top of Bald Hill. Hike northeast up FST-644 for about a mile to a signed junction with FST-263, an older ATV road. Go straight onto FST-263 and follow it north for about ½ mile to a signed junction with FST-118. Go left/west onto FST-118 and follow this old jeep track up through an aspen forest to reach the open scrub on the west side of the south ridge of Bald Hill. Stay on this old road as it crosses the ridge crest, drops slightly onto the west side of the ridge, then quickly turns right/north and follows the left/west side of the ridge briefly before returning to the ridge crest and making a sharp left/north turn to remain on the ridge crest on a faint, old 2-track jeep road.

The old road is now quite faint, but is easy to make fast time on. It stays on, or slightly left/west of, the ridge crest. It’s almost another ½ mile before you reach the high point of Bald Hill at the north end of this narrow, open ridge. The summit area has a few large ground boulders but no summit cairn or signs of previous ascent. There isn’t any loose talus or scree here with which to build a summit cairn. You are rewarded with beautiful views of the surrounding valleys and hills.