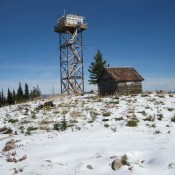 Climbing and access information for this peak is on Page 68 of the book. Thanks to Dan Saxton for the following update.

This is a bit of a long, but relatively easy, trail hike from the Jerry Johnson Hot Springs area. The lower part of the trail goes through a lush forest but, higher up, enters a burned area where entire slopes were razed – quite a contrast! The summit has an extremely nice lookout tower and cabin, with stellar views of the Bitterroots, Grave Peak, and the Selway Crags. Very much recommended along with a soak in Jerry Johnson Hot Springs on the way back! USGS Bear Mountain 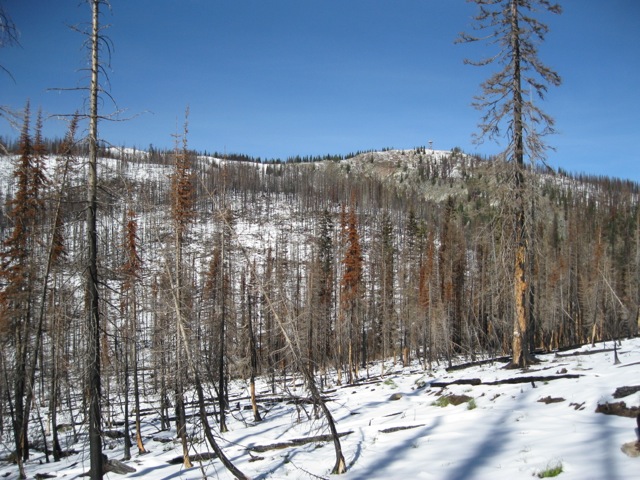 Bear Mountain viewed from the trail up. Dan Saxton Photo 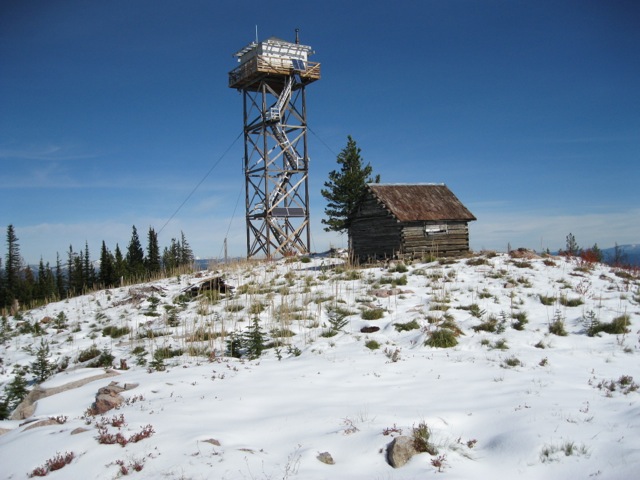 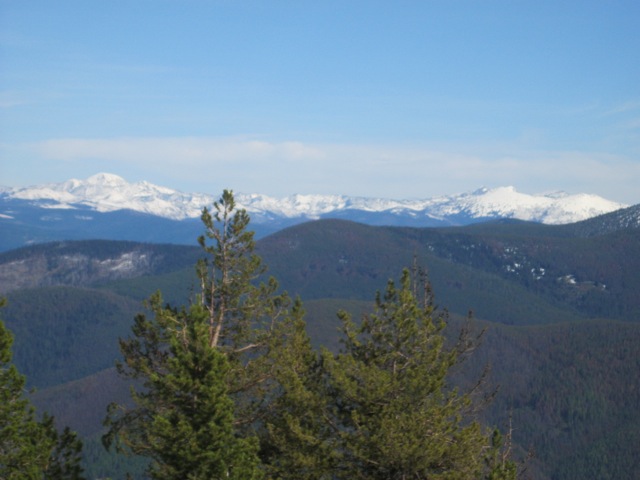 The Bitterroots as viewed from Bear Mountain. Dan Saxton Photo 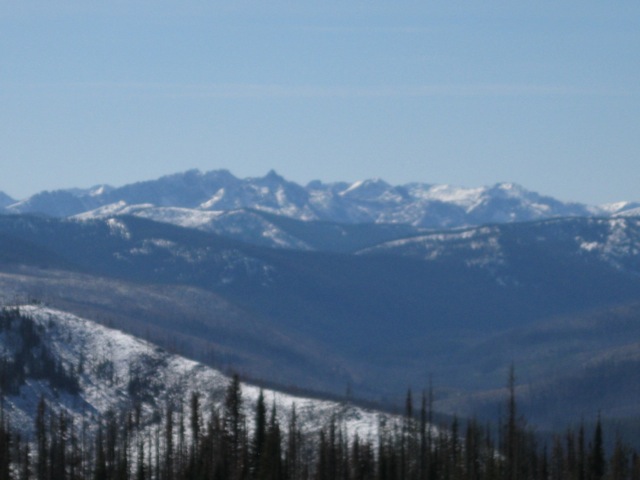