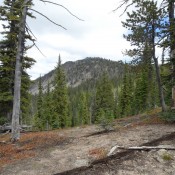 Red Peak Benchmark (9,571 feet) is the highest summit in this group. I suspect that there are a number of peaks in this area that have never been climbed. This area is discussed on Pages 119-122 of the book. Peaks found on this website are listed at this link: Big Creek to Red Ridge Peaks 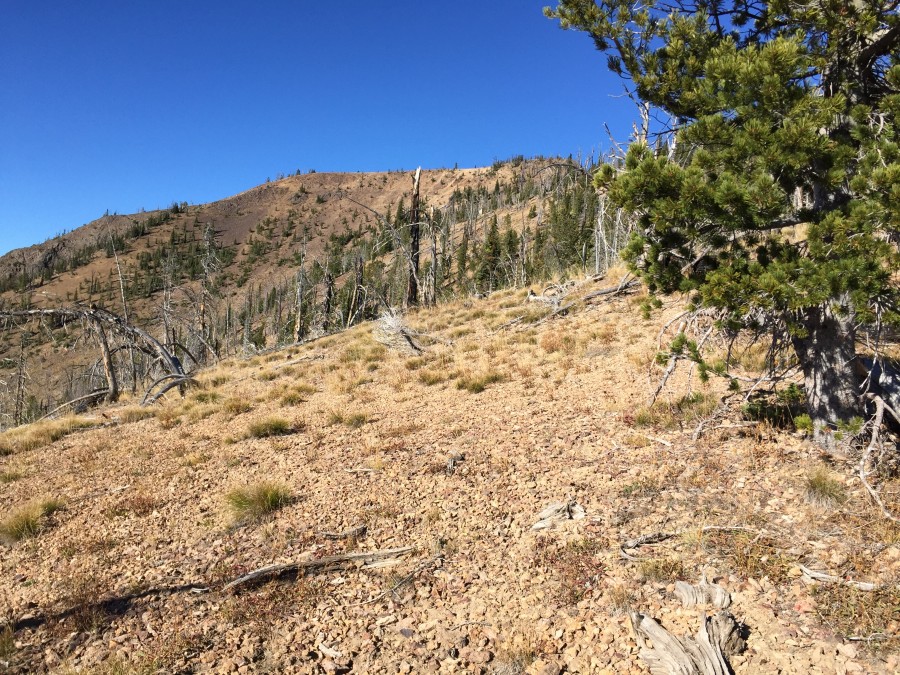 The terrain along Red Ridge is a mix of steep, grassy slopes, forest and broken rock. 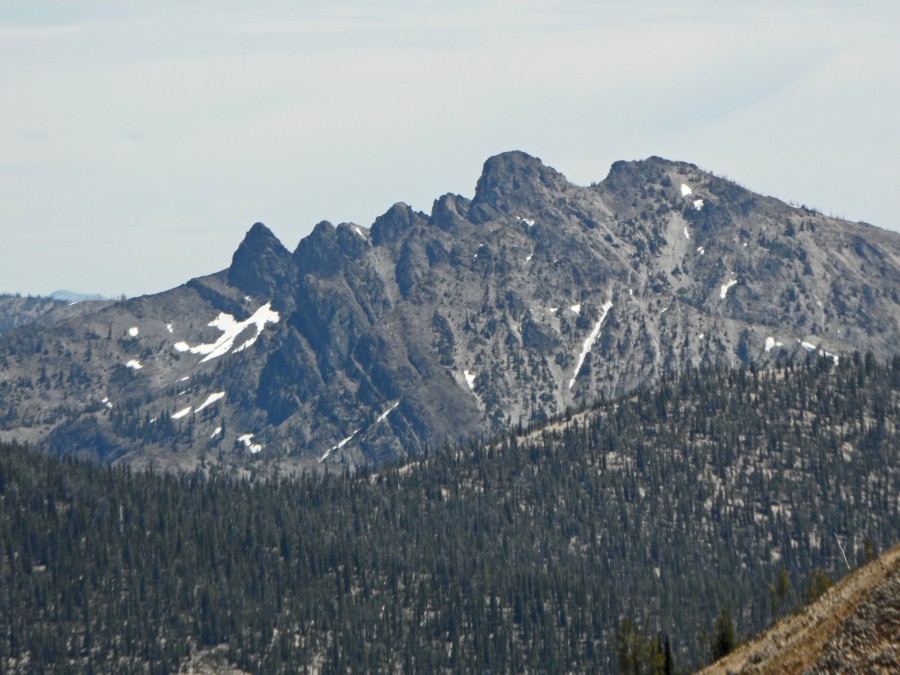 Pinnacles Peak as viewed from Crater Peak. The route climbs to the saddle between the two points on the right and then climbs the East Side of the summit block. John Platt Photo 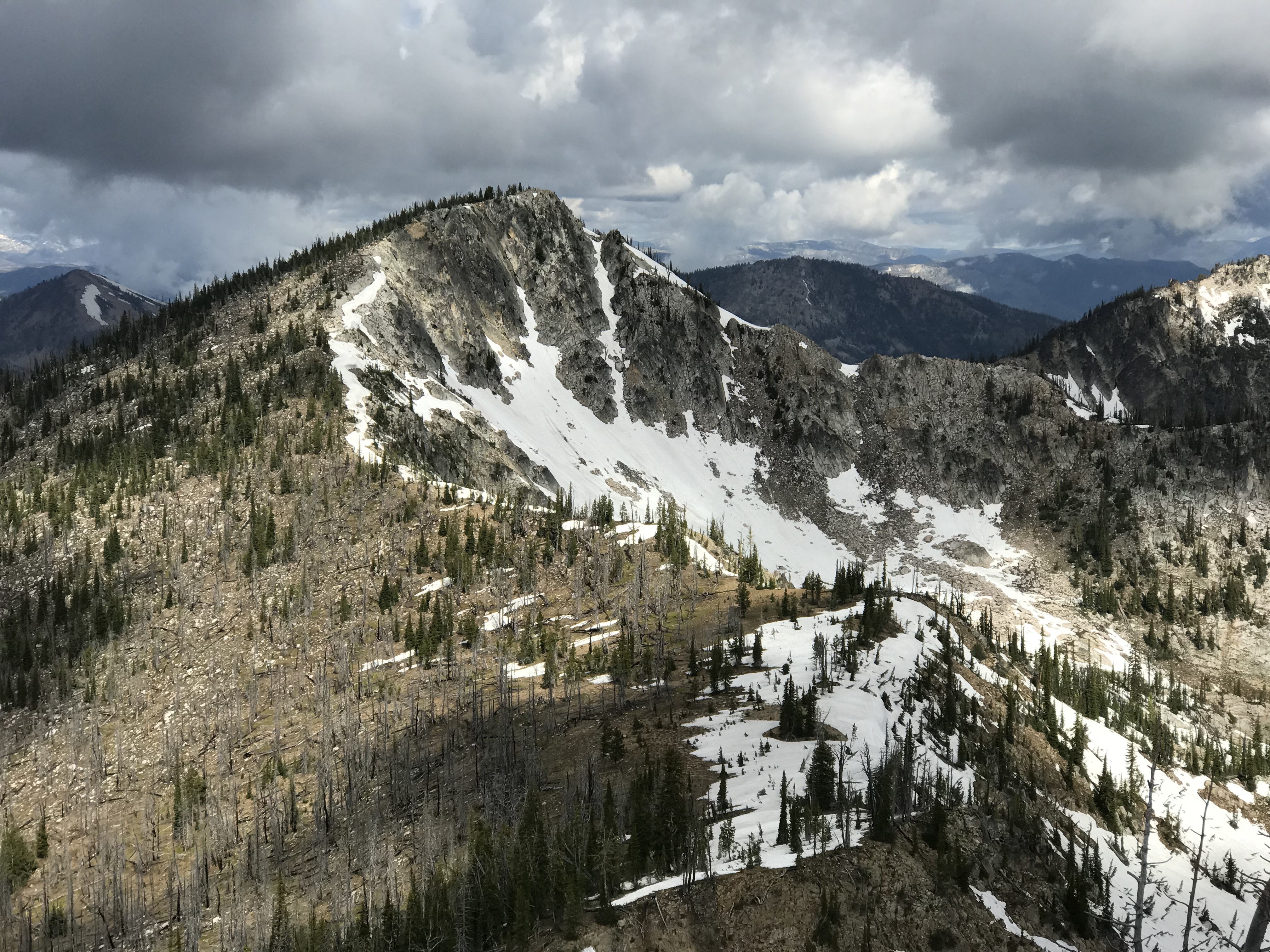 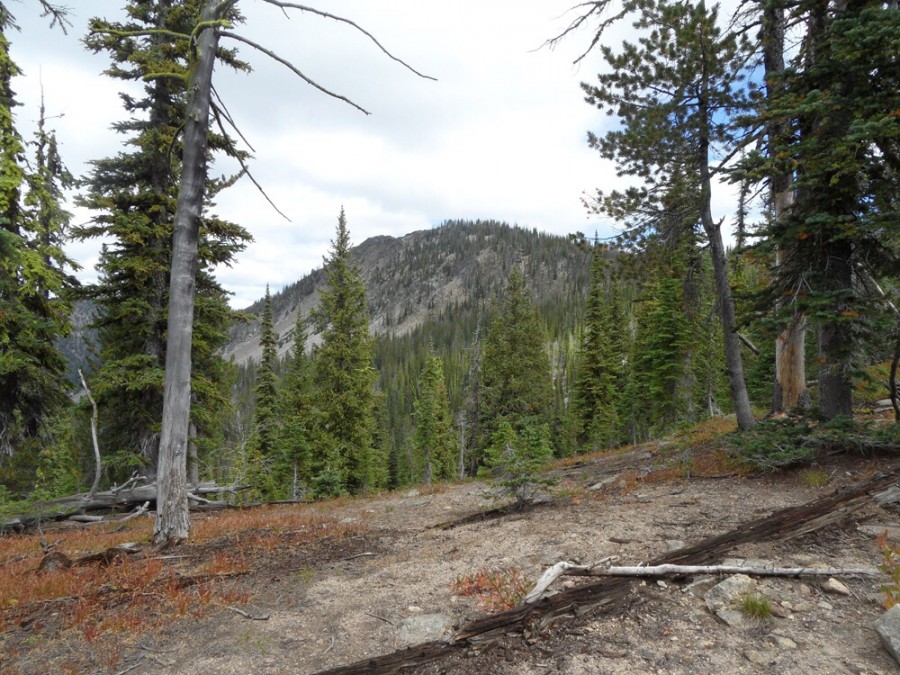 Parks Peak as viewed from the trail. John Platt Photo