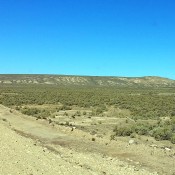 This peak is not in the book. Published October 2015

Big Foot Butte is a large basalt based feature located southeast of Boise, Idaho. This butte has a big footprint, thus the name. Although it has 390 feet of prominence, it appears more as a massive wave in the vast sagebrush plain rather than a precipitous butte. The butte is located on BLM land which is used by the military for gunnery practice. While this purpose has closed a lot of land to public access, there is still access to Big Foot Butte. South Range Road was significantly improved by the military and provides surprisingly good access to this remote area. From the South Range Road, several roads can be used to reach the summit. Please note that the unimproved roads in this area can be deeply rutted and covered with deep, powdery dust that will pose difficulties for many vehicles. USGS Big Foot Butte

I used Google Maps to access the butte. Rather than copy the directions, I suggest you use Google Maps to get to the butte. Google Maps took me to the South Side of the butte and said I had reached my destination. From this point, I saw a rough road that climbed to the summit in 1.3 miles. I rode my my mountain bike to the top on the basalt-strewn 4WD road. You can also access the summit from the South Range Road via somewhat better roads on the butte’s North and Northeast Sides. 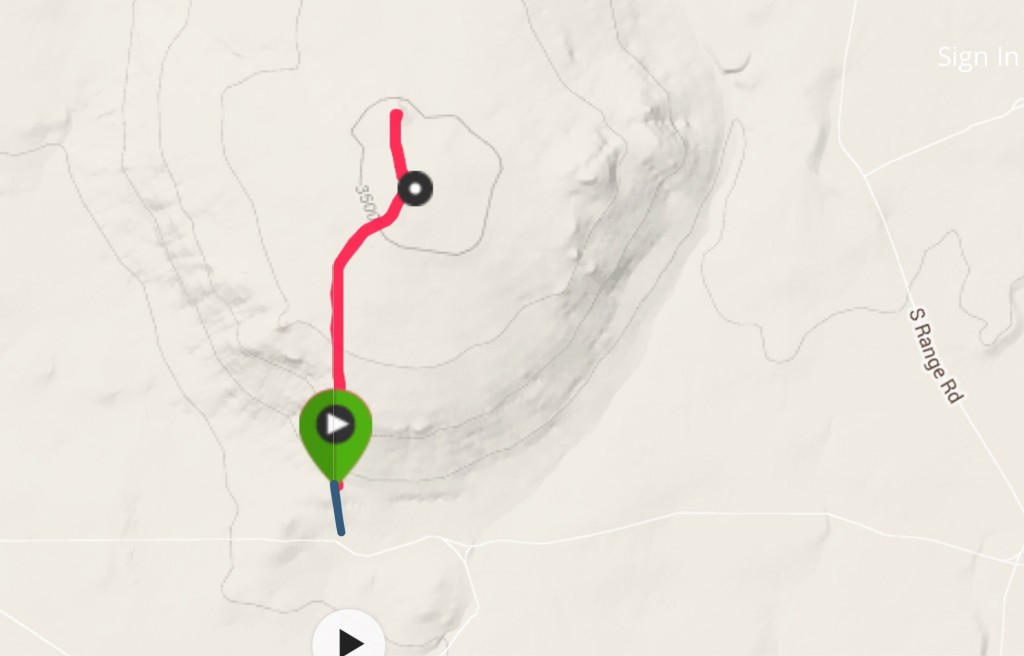 My GPS track (red line). This map does not show the roads leading to the summit from the north and northeast which are better roads than I followed. The blue line shows a road I found that led to my starting point. It was rough with one big dust bog. I would not drive it again. 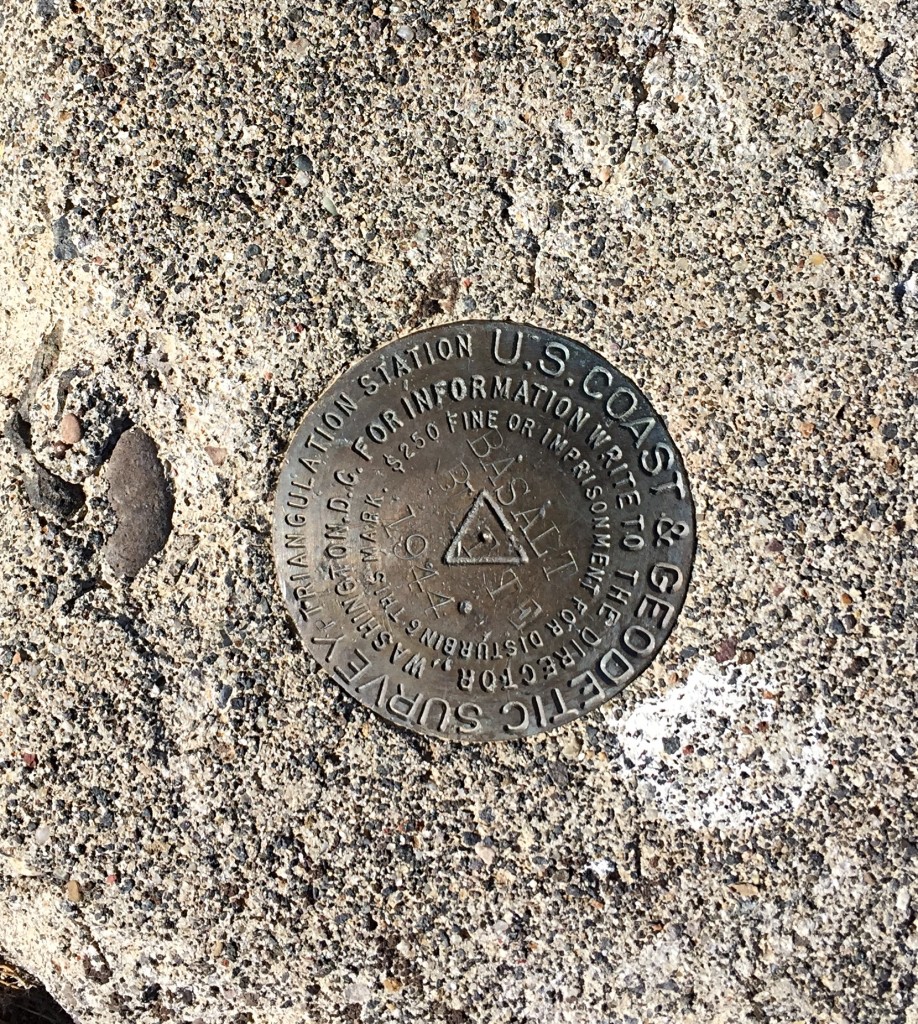 The USGS benchmark on the summit. 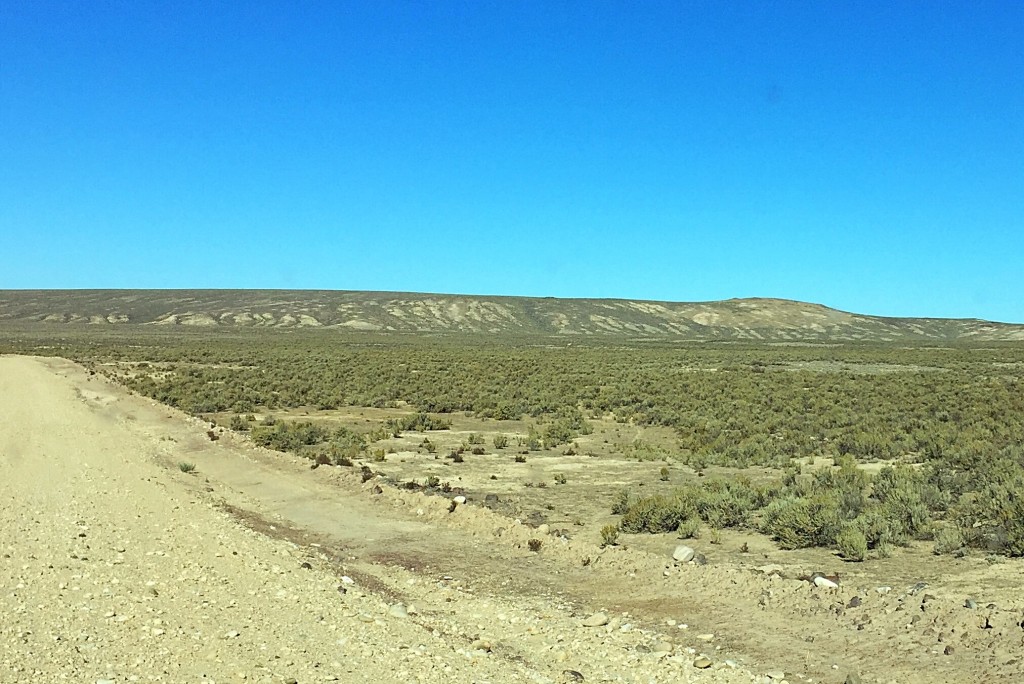 Big Foot Butte as viewed from the east. 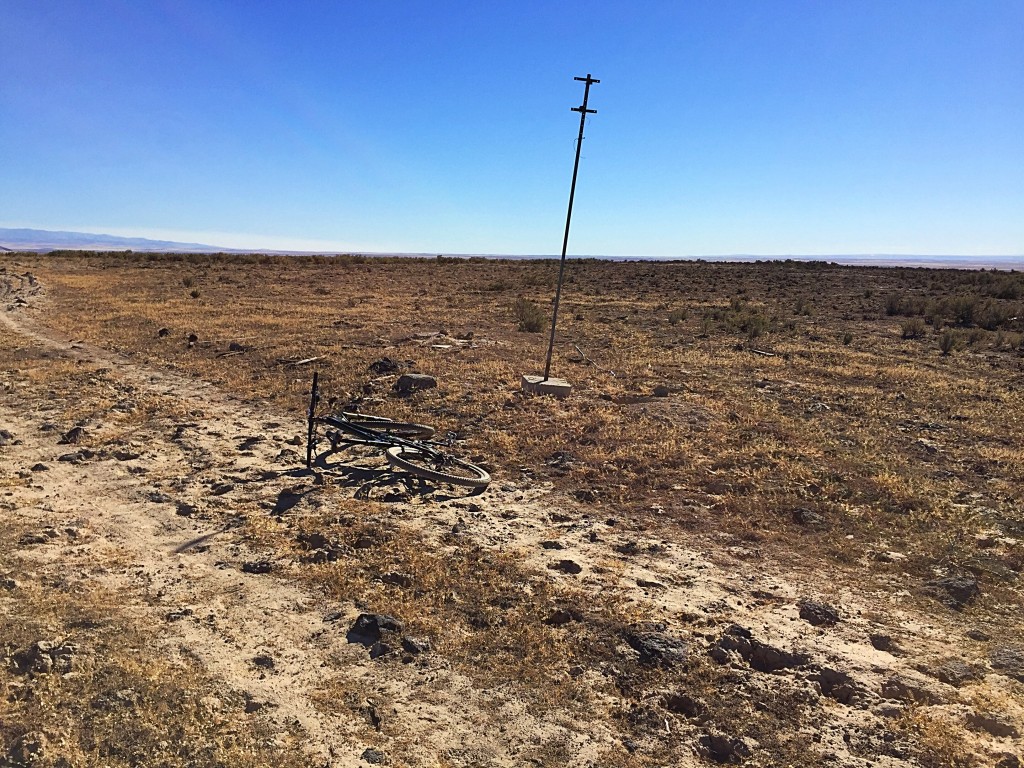 The highest point on a very broad summit.

The view from Big Foot Butte is impressive and stretches from the Owyhees (shown here) across the vast volcanic plain to the Boise Mountains.