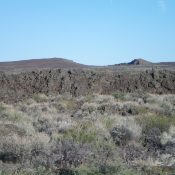 Black Butte Crater is a magnificent, overlooked gem located along ID-75 just north of the Shoshone Ice Caves. The view of the large, deep crater from the high point on the south rim is spectacular and is well worth the effort to get there. The rocky finish is a great scramble but the sagebrush bushwhack to get there is not so much fun. USGS Shoshone Ice Cave 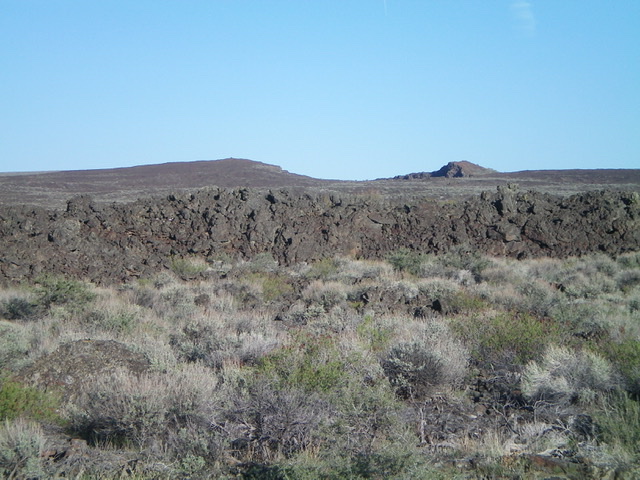 Black Butte Crater as viewed from ID-75 to the east. The summit is the left hump. See the summit cairn?

From the rest area along West Magic Road, cross to the south side of West Magic Road and bushwhack west-southwest through sagebrush (with a lava gravel base) and aim for the saddle on the crater rim on the east side of the Black Butte Crater massif. The south summit is the true summit, so be sure to skirt past the rocky, meaningless north summit. As you gain altitude, the terrain becomes pure lava rock (boulders/talus) and the ornery sagebrush disappears. You will cross a few old 2-tracks on your way to the elusive saddle, but ignore them because they don’t take you where you need to go.

Once on the crater rim saddle that separates the north summit from the south summit, take a minute to catch your breath and enjoy the magnificent view of the massive crater to your west. Scramble south then west along the crumbly, rocky crater rim on lava talus to reach the large cairn atop the south/true summit of Black Butte Crater. This is a superb ridge scramble and offers splendid views with some jaw-dropping exposure.

The initial bushwhack is through tall sagebrush (6-7 feet in height) but soon shortens to normal sagebrush with decent gaps. The sagebrush bushwhack isn’t too awful. Do not try to climb Black Butte Crater directly from ID-75 to its east as the rolling humps of lava rock (boulders/talus) are intimidating, time-consuming, and dangerous. They should be avoided at all costs. Descend the ascent route back to the rest area on West Magic Road. 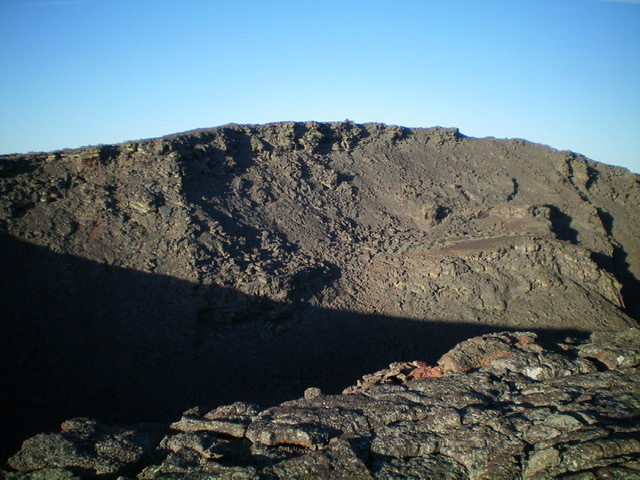 View of the true/south summit of Black Butte Crater from the saddle to its northeast. Livingston Douglas Photo 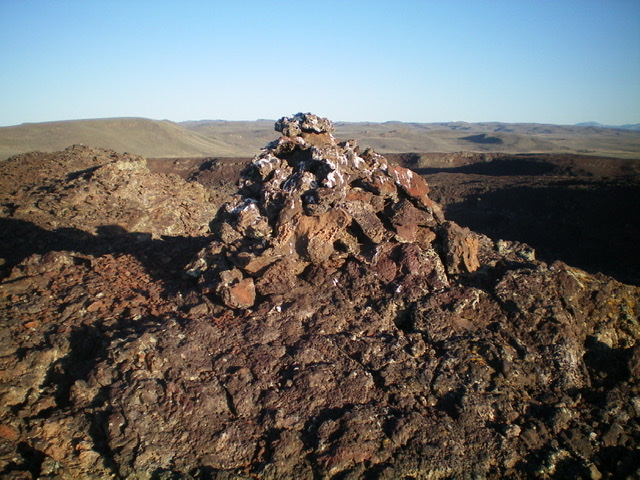 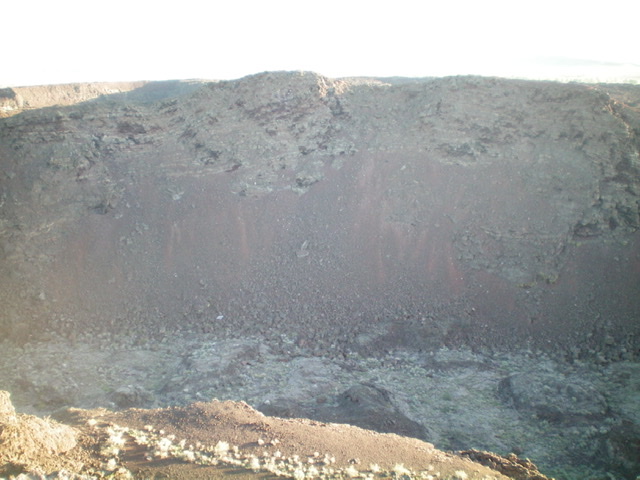 Looking across the crater at the [lower] north summit. Livingston Douglas Photo 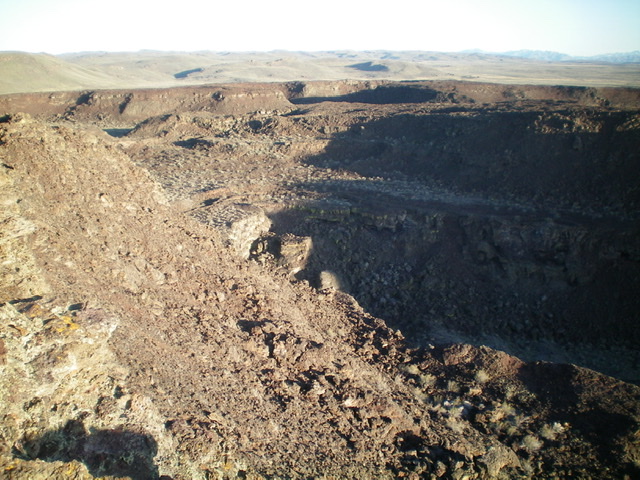 A view of the magnificent crater, looking west from the summit. Livingston Douglas Photo