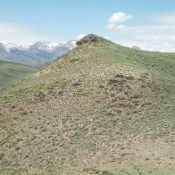 Black Cap Peak is an isolated hump that separates Graveyard Canyon from the Dry Fork Creek Valley. The only black rock is on the summit cap. Prior to reaching that area, this is a scrub-bashing climb after leaving Graveyard Canyon Road. The summit offers a magnificent aerial view of the Dry Fork Creek Valley and the many cattle grazing in it. Due to private ranch land, Black Cap Peak can only be climbed from its east side. USGS Grouse 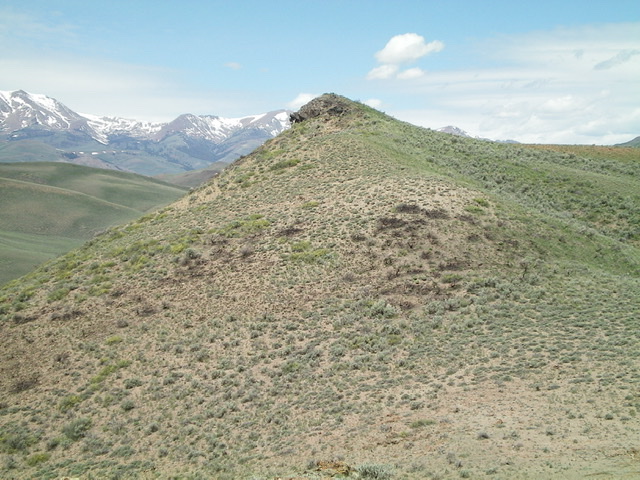 The black-rock summit cap of Black Cap Peak as viewed from the nearby saddle that is southeast of the summit. Livingston Douglas Photo

From the base of Graveyard Canyon Road, hike south up the primitive 2-track road (not advisable for driving) for about a mile to the “Spring” area indicated on the USGS topo map. This is an obvious marshy area just to the right/west of the road. Leave the road here and cross two pesky cattle fences, avoiding the worst of the mud and marsh. There will probably be cattle here to keep you company, at least for a little while.

From the “Spring” area, bushwhack due west to reach a ridge that blocks your view of Black Cap Peak. The peak is hidden behind this ridge on its own separate “island.” Cross the ridge and head southwest then west on a cattle trail that contours around the head of a drainage (to the north) to reach a saddle just below, and east, of Black Cap Peak. Scramble up easy scrub to the small, rocky summit. Yes, the talus and boulders of the summit cap ARE black. The summit has triangulation posts and remnants of three triangulation cairns but no summit cairn so I built one on the high point. 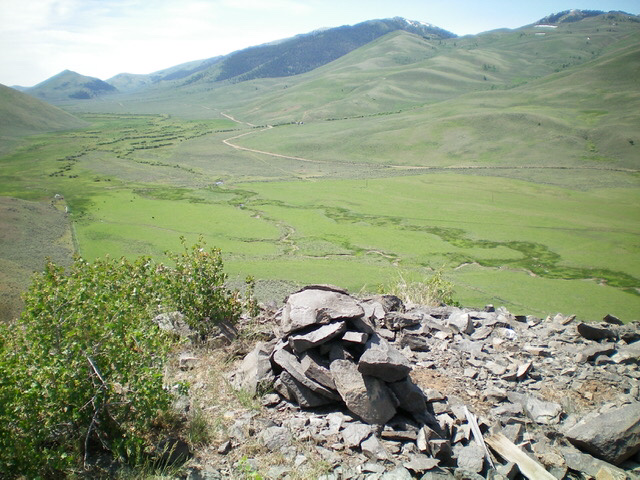 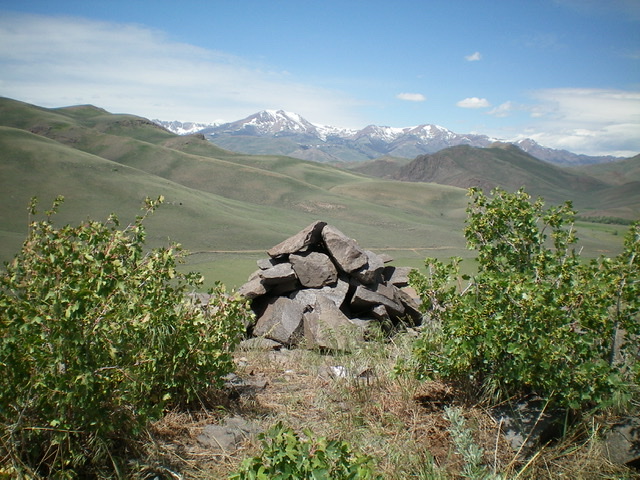 The newly-built summit cairn atop Black Cap Peak, looking northwest across the mouth of the Dry Fork Creek Valley at the higher, snow-clad peaks in the distance. Livingston Douglas Photo