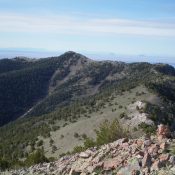 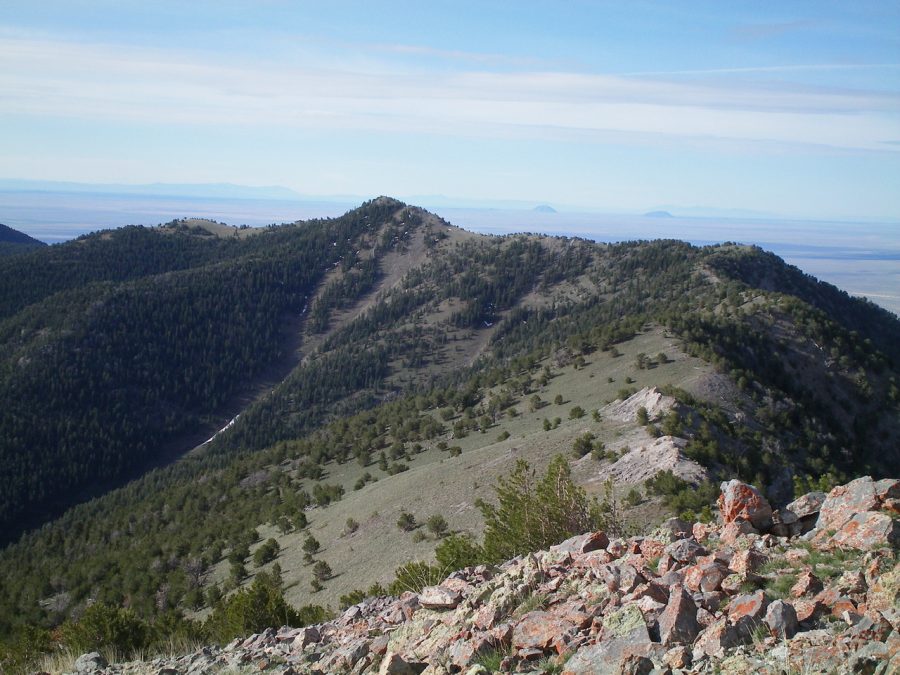 Bloom Benchmark is the high point just left of center, as viewed from the summit of Peak 9877. Livingston Douglas Photo 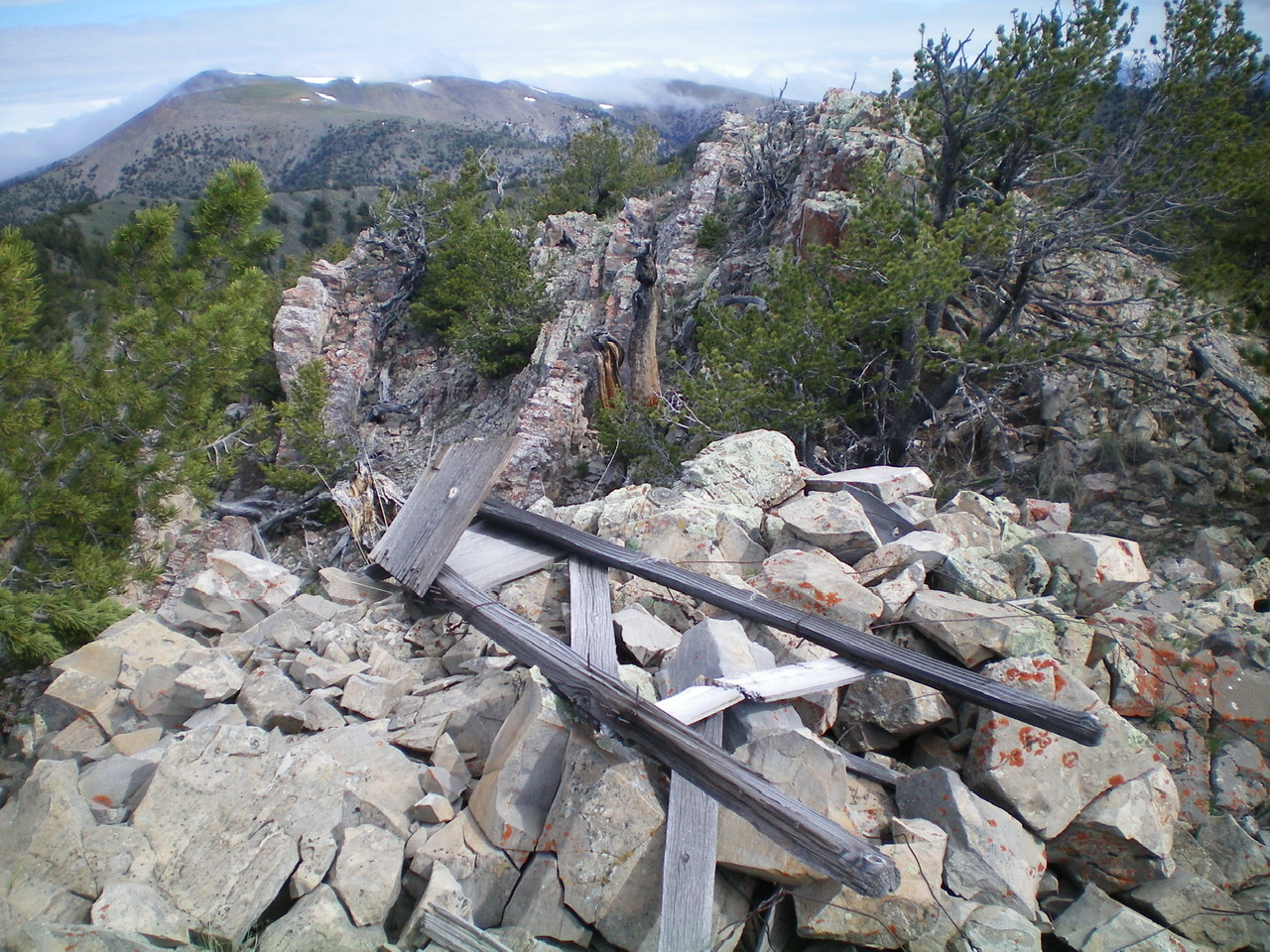 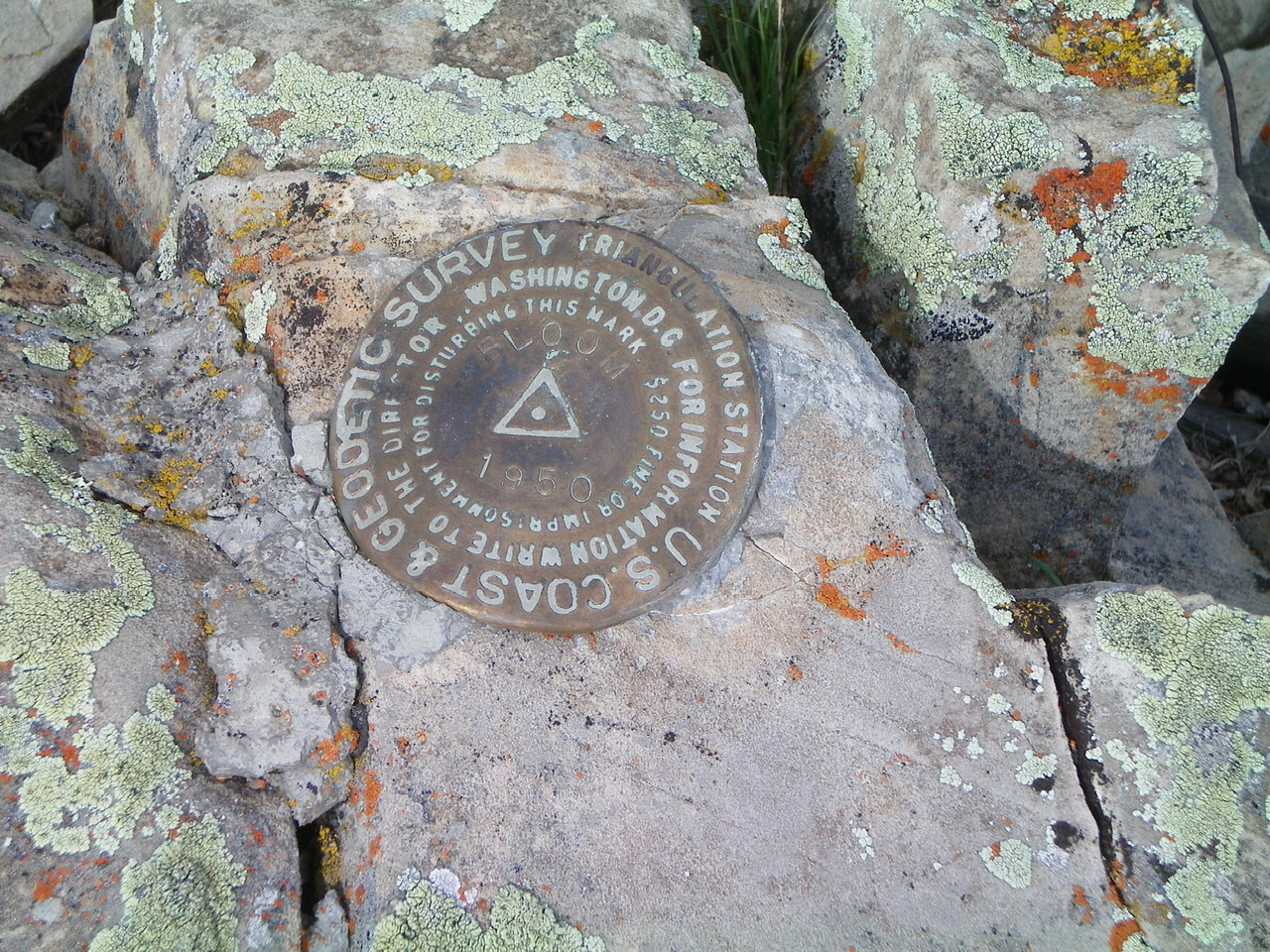 Same as for the east ridge of Gallagher Peak (9,825 feet). This is the final leg of a ridge traverse from Peak 9877 to Bloom Benchmark.

From the 9,500-foot connecting saddle with Peak 9877, follow the ridge crest south up over Point 9615. From Point 9615, continue southeast along the ridge to another saddle then up a final section of ridge to the summit of Bloom Benchmark. The ridge terrain is a combination of short scrub/grass and broken scree. Skirt any minor rocky outcrops on the left/east side on relatively stable scree. The final uphill to the summit is rocky talus and ridge rock but still no worse than Class 2. The summit of Bloom Benchmark has a USGS benchmark and a mess of triangulation posts and wires. 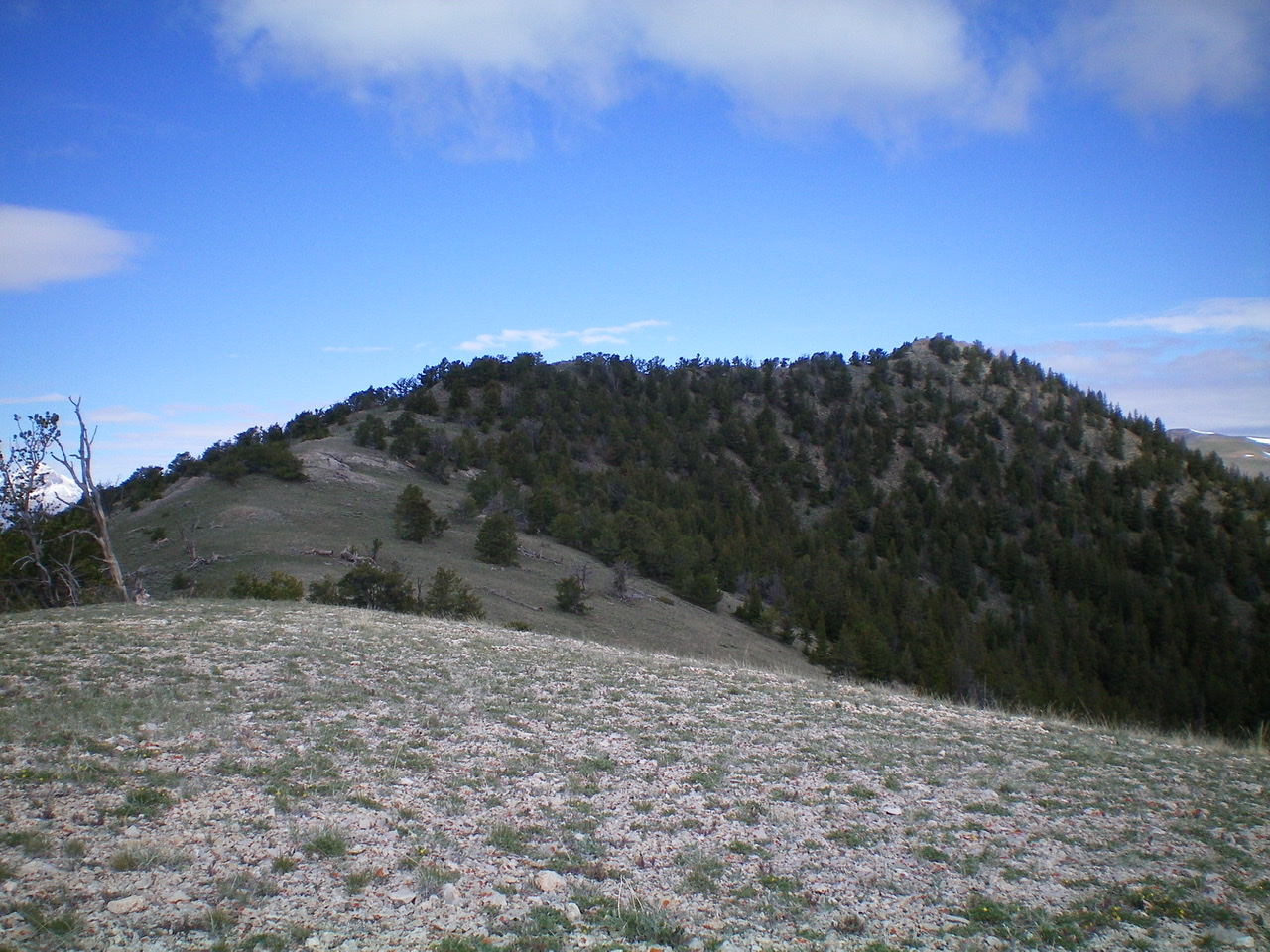 Same as for the northwest ridge. This is the first leg of a ridge traverse from Bloom Benchmark to Peak 9300.

From the summit, descend a narrow, rocky, forested section of ridge south-southeast then east to a flat, open ridge area. This ridge section is short but tedious (Class 2+). You will use your hands here to make any progress. The flat, open area of broken scree is sheer joy. This is a great place to take pictures. Unfortunately, this joy is fleeting. Descend southeast from here to a narrow saddle. This saddle is hidden in the forest and you cannot see it when you descend farther down the ridge because the ridge itself becomes forested.

Be very careful to descend southeast, not south, to locate this saddle. Find an elk trail near the ridge crest once you enter the forest. This elk trail leads directly to the elusive saddle. This saddle is at 8,740 feet and is the low point between Bloom Benchmark and Peak 9300. This is the base of the southeast ridge of Bloom Benchmark.