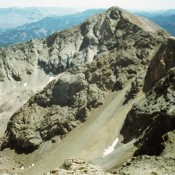 Climbing and access information for this peak is on Page 236 of the book. In addition to the routes found in the book, Livingston Douglas has provided a route description for the Class 4 south ridge/southwest couloir descent route which is set out below.

Although not the tallest Boulder Mountains Peak, Boulder Peak is the most visible. It thrusts out from the main Boulder Mountains Crest and dominates the view from ID-75 to its southwest. Use the link below to read Larry Prescott’s 2016 trip report. USGS Easley Hot Springs 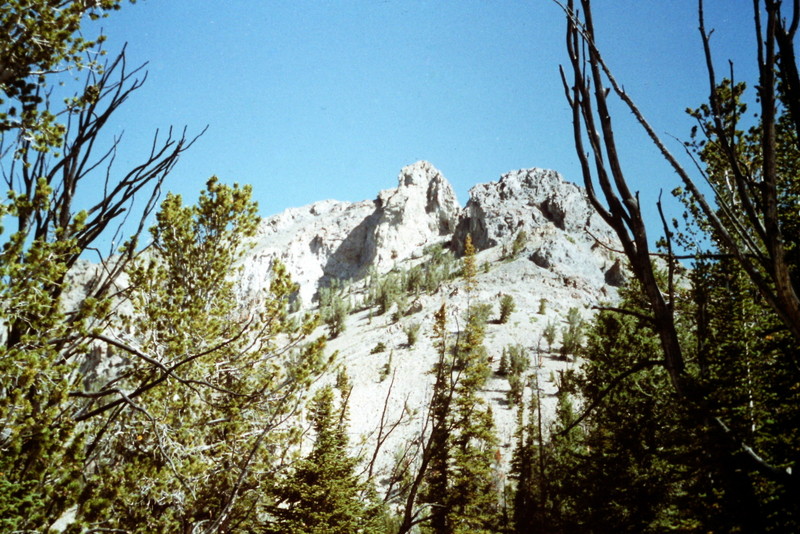 Boulder Peak’s south ridge. The towers in the center of the photo are the ones that block progress up the ridge as described in the book. 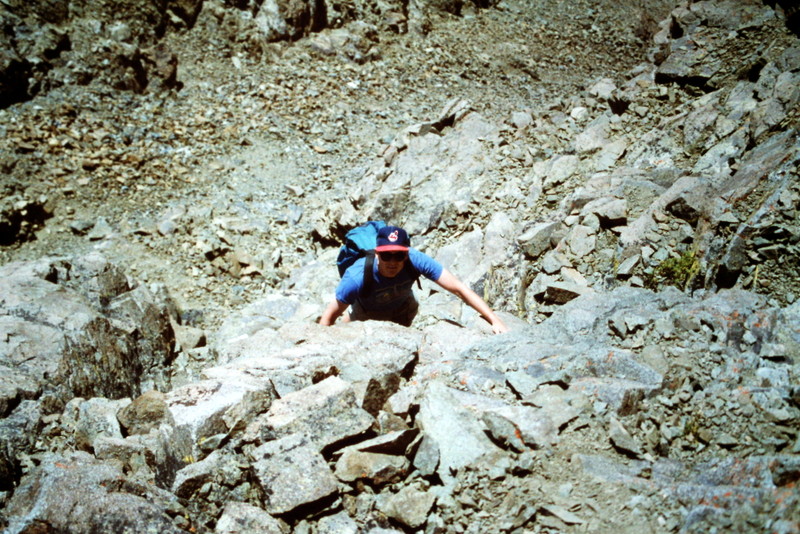 This photo was taken on Boulder Peak’s north ridge route. 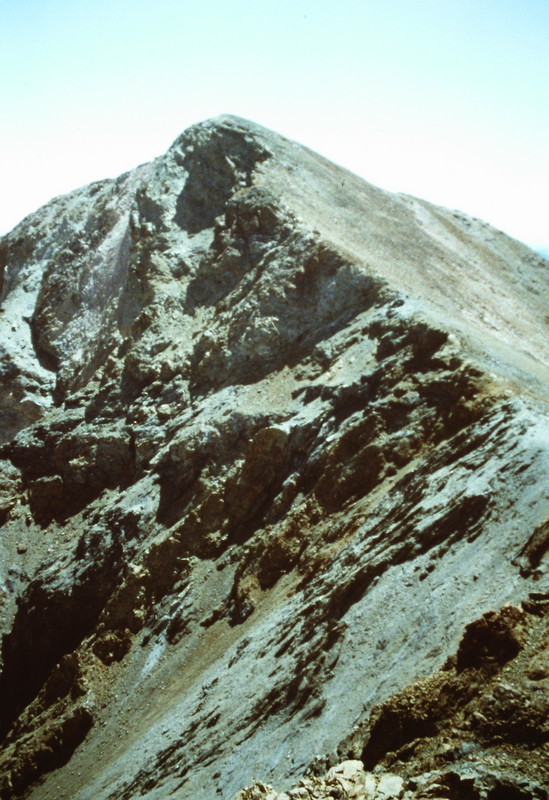 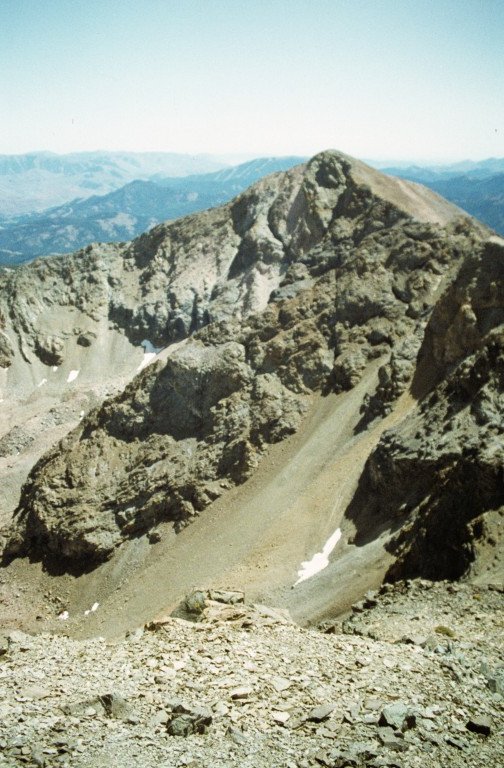 Boulder Peak as viewed from the north near the summit of Boulder Basin Peak. 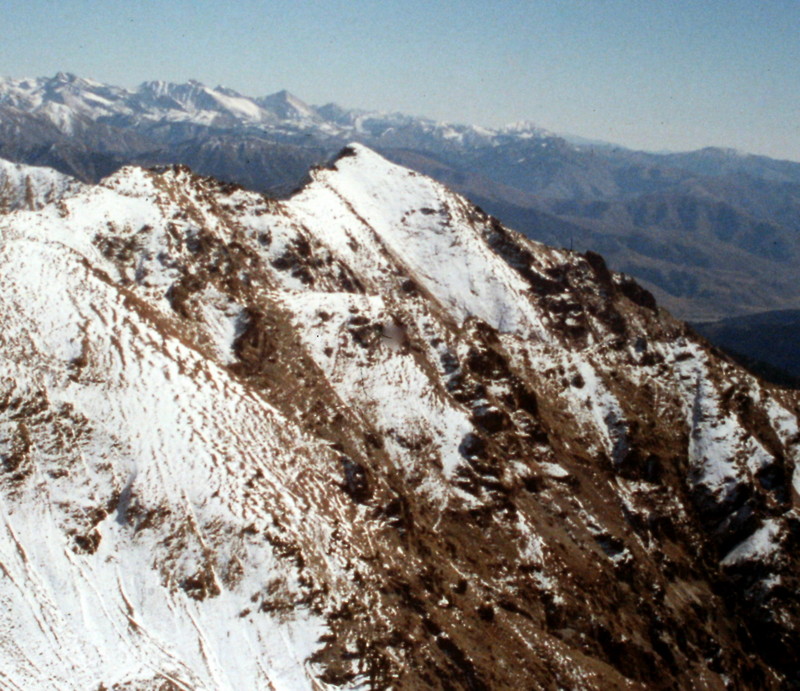 This is the final leg of a loop route that included a climb of Peak 11041/Boulder Basin Peak and Boulder Peak. It is the descent route that I took from the summit of Boulder Peak down to the end of FSR-184. Consequently, the route is described as a descent. It was intended to be an easier descent route than the standard south ridge route on Boulder Peak, which I had climbed and descended back in 2006.

From the summit of Boulder Peak, descend the south ridge on a climber’s trail to a large ridge tower (“upper tower”) at approximately 10,300 feet. Skirt the east side of this tower on exposed ledges to reach a minor saddle between the “upper tower” and a “lower tower” at about 10,200 feet. At this saddle between the two towers, there is a prominent couloir that reaches all the way to the ridge from the west side. This couloir descends southwest from the ridge and is clearly visible on the Easley Hot Springs quadrangle.