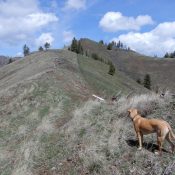 This peak is not in the book. Published May 2020

Camp Howard Ridge is the last major summit at the north end of the Seven Devil Mountains. Thanks to its 1,700+ feet of prominence, it is a great perch from which to view this seldom-visited corner of Idaho. Mike Hays reports that this peak “is the highest point near the Idaho border from Cold Springs to the Selkirk Mountains over 100 miles to the north. It rises abruptly over the Snake and Salmon Canyons, two of the deepest canyons in North America.“  John Platt relates: “From the summit, there are crazy views in all directions.” USGS Grave Point 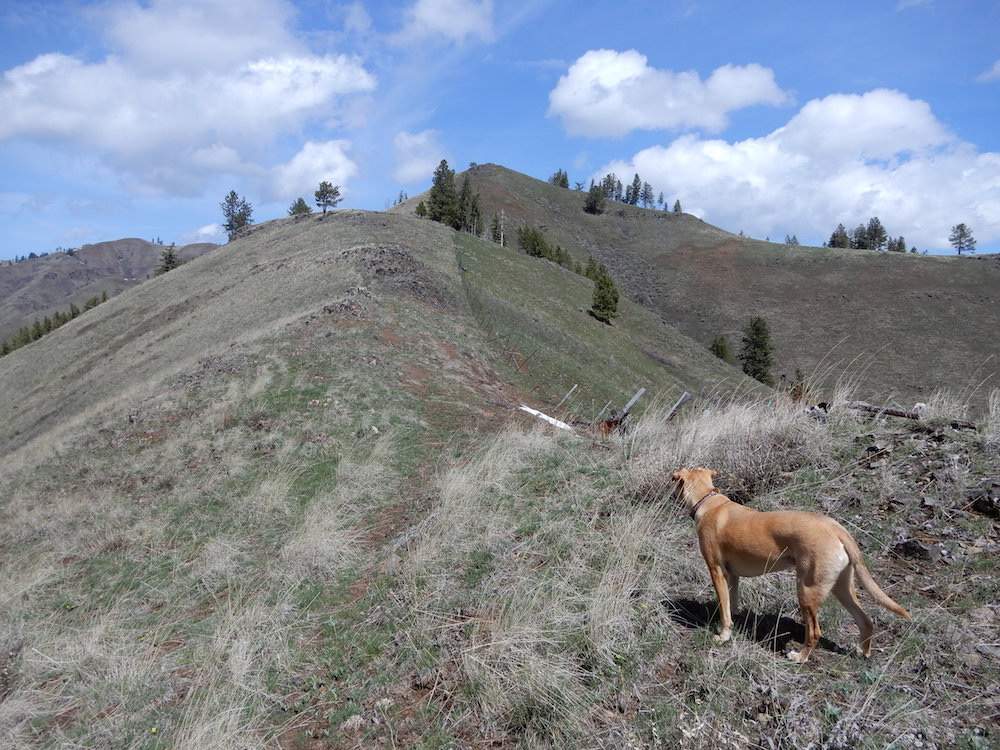 Primary access is via FS-493/Pittsburgh Landing Road [(A)(2) on Page 104]. Turn onto FS-493F roughly 0.5 miles below Pittsburgh Saddle. Follow this spur road north as it skirts around Peak 4820 to the main Seven Devils crest at Motthorn Saddle. Park here. Please note that there is complicated road access from the north to the top of Camp Howard Ridge. Contributor Mike Hays recommends climbing the peak from the south. However, he has described the northern road access on a SummitPost entry which is linked below.

John Platt followed the ridge from Pittsburgh Saddle over Peak 4820 (with a diversion to Wild Horse Butte along the way) to the summit. His trip report is linked below. The shortest way to hike the south ridge is to start on Motthorn Saddle. The walk from this saddle is 2.9 miles one way with 2,148 feet of elevation gain and 525 feet of elevation loss. 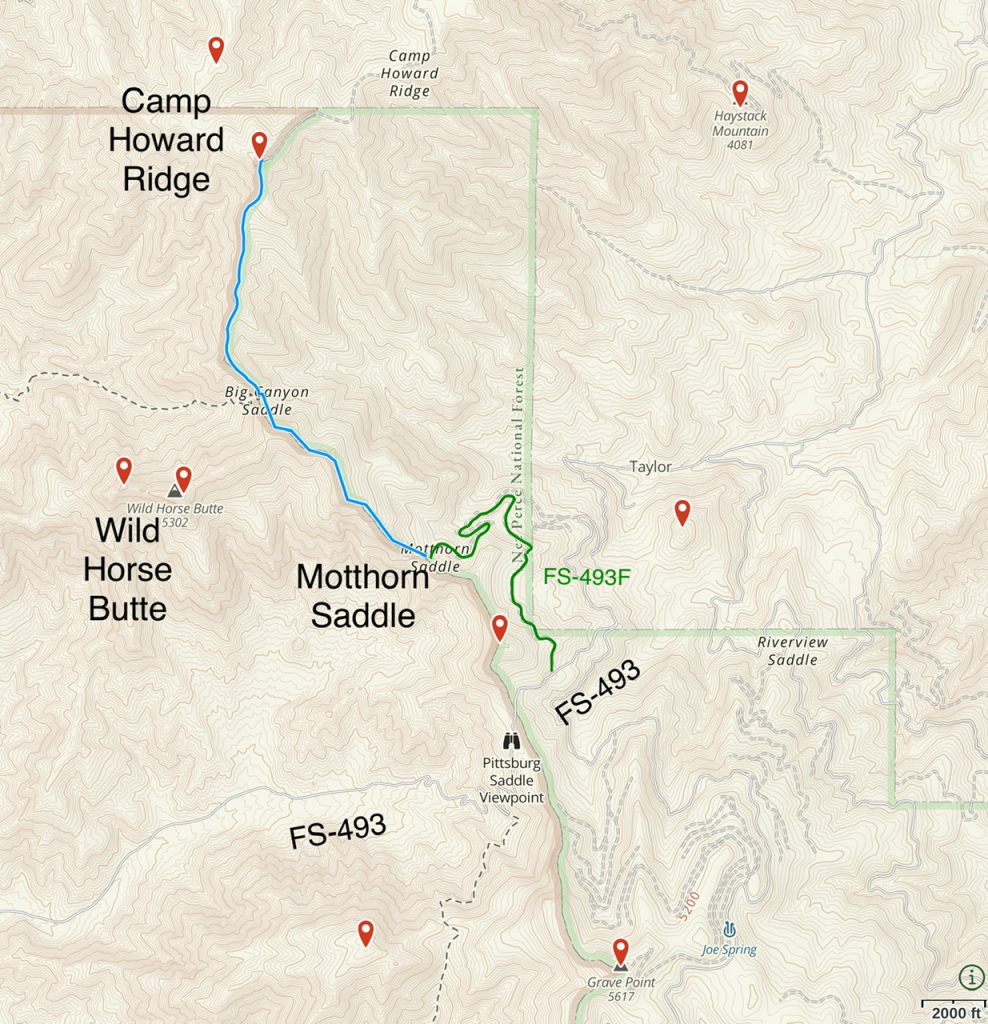 The route from Motthorn Saddle to the summit. 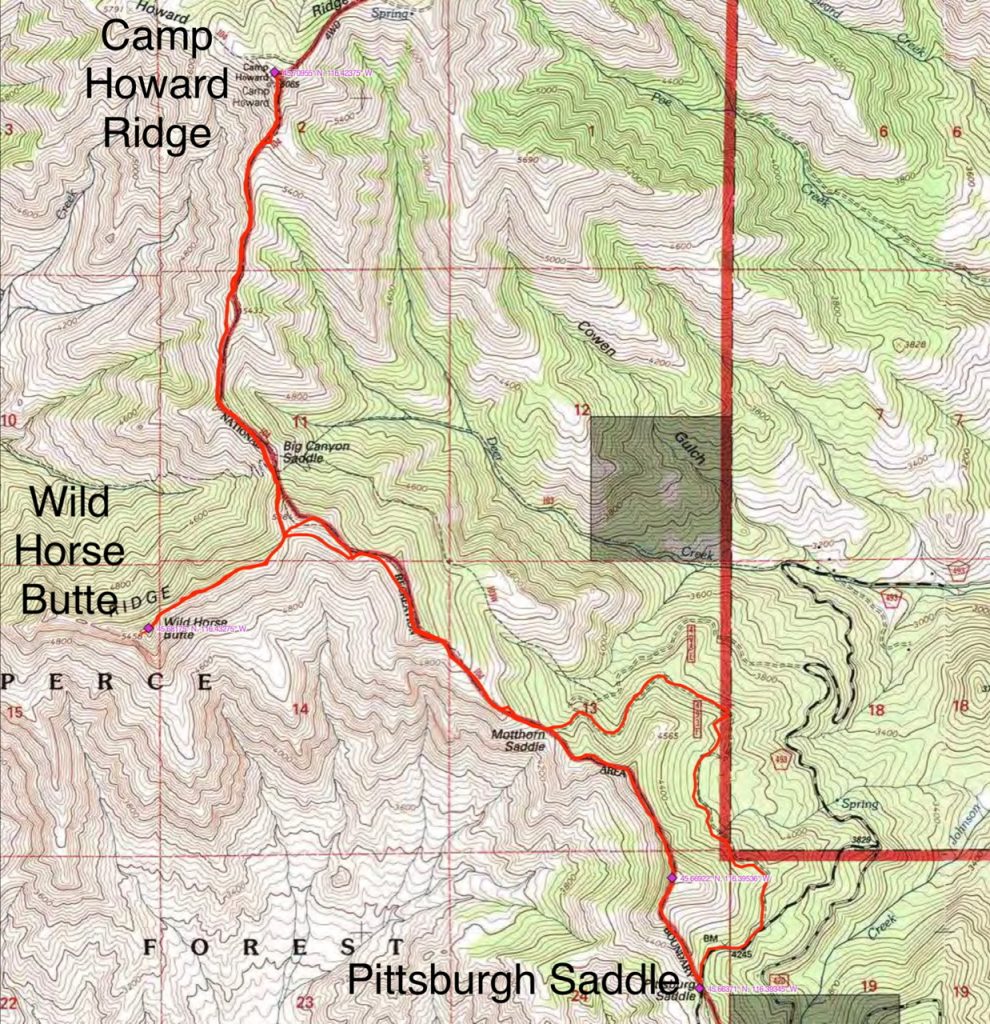 John Platt’s GPS track for his 3-peak outing. His round trip started and ended on Pittsburgh Saddle. It covered 10.6 miles with 4,255 feet of elevation gain. 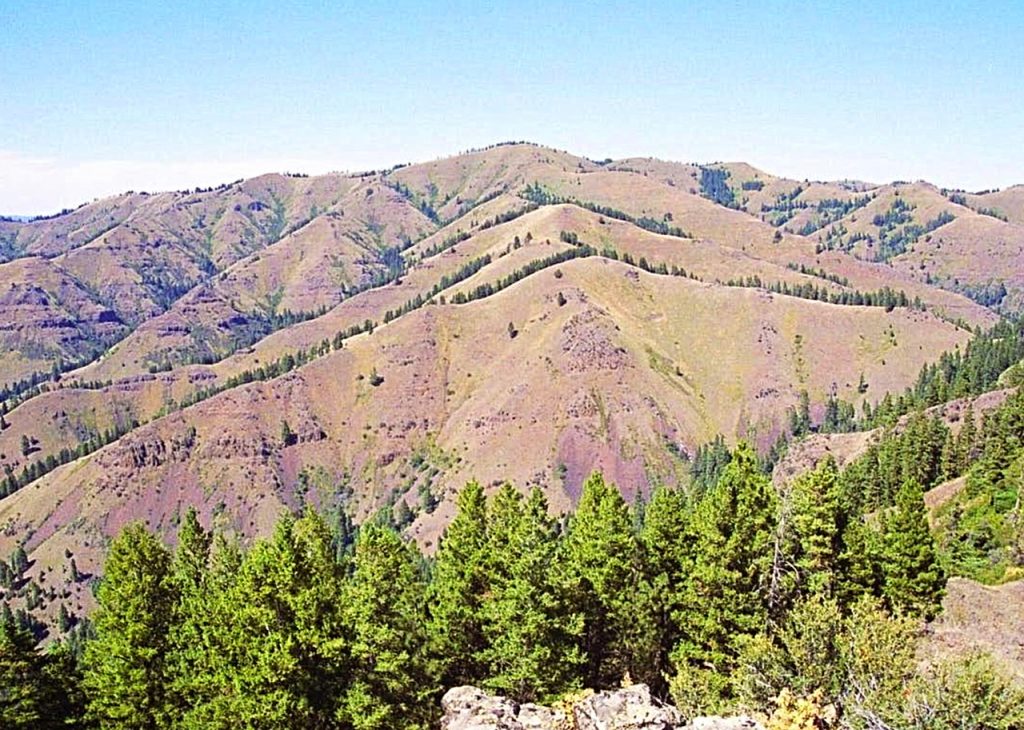