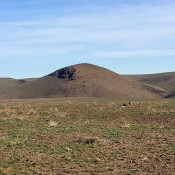 This peak is not in the book. See the Owyhee Mountains Peaks List for all of the peaks in this range. Updated April 2020

CBI Benchmark is a hump-shaped peak located in the upper reaches of the Jump Creek drainage west of US-95 and east of the Idaho/Oregon border. The peak is part of a wild horse range administered by the BLM. This area burned hot in 2015 but appears to be recovering nicely. This peak can be climbed from most directions as this is open, treeless country and route finding is not difficult. There are nice views of the higher Idaho Owyhee peaks to the east and a large swath of Oregon to the west. It is big country. USGS Jump Creek Canyon 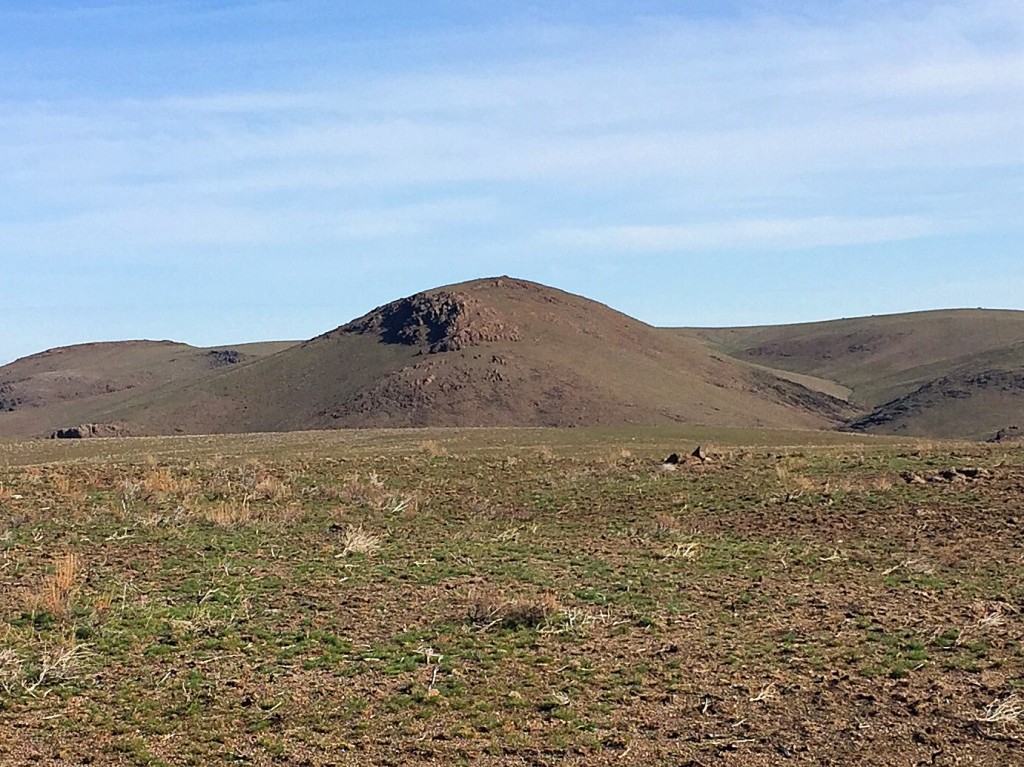 CBI Benchmark as viewed from the south. The upper Jump Creek drainage is at the base of the peak.

To reach the peak, drive 16.1 miles south of the ID-55/US-95 junction (just east of Marsing, Idaho) and turn west onto [unsigned] Sand Basin Road. A 4WD and dry conditions are recommended.

North Route: Follow this road west to the first fork on your right in roughly 0.3 miles. This unmarked junction is the beginning of the French John Road. Follow this road north into a draw. The road climbs the draw and brings you to the top of the plateau. Follow the French John Road north to the unmarked C.B.I. Loop Road. Turn left and follow the road west to the top of the broad ridge as shown on the map below. 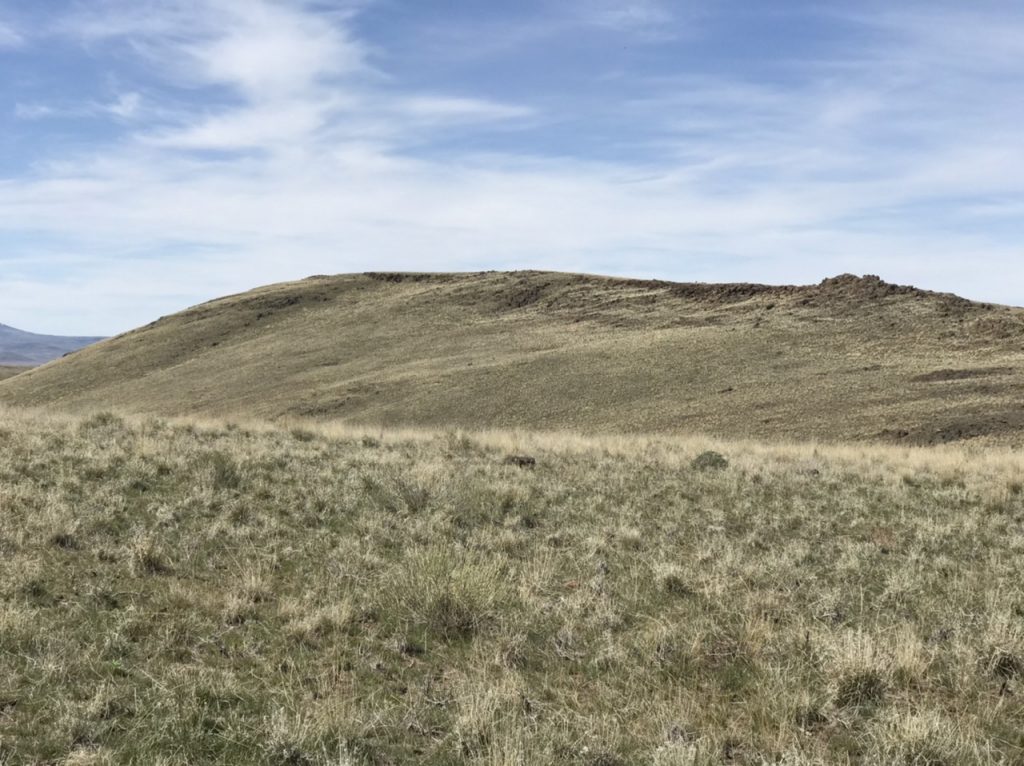 C.B.I. Benchmark viewed from the northeast.

South Route: There are two options to reach the southern route. The first option is to follow the French John Road to the first junction. Turn left and follow the road up and over Peak 4827 to the start of the route.

The second option  follows the Sand Basin Road west to Sand Basin. This road will eventually turn north. Continue north until you reach a junction with a road running east. Turn right, as shown on the map, and follow the road east to the start of the route. This is the same road that is discussed in the first option. 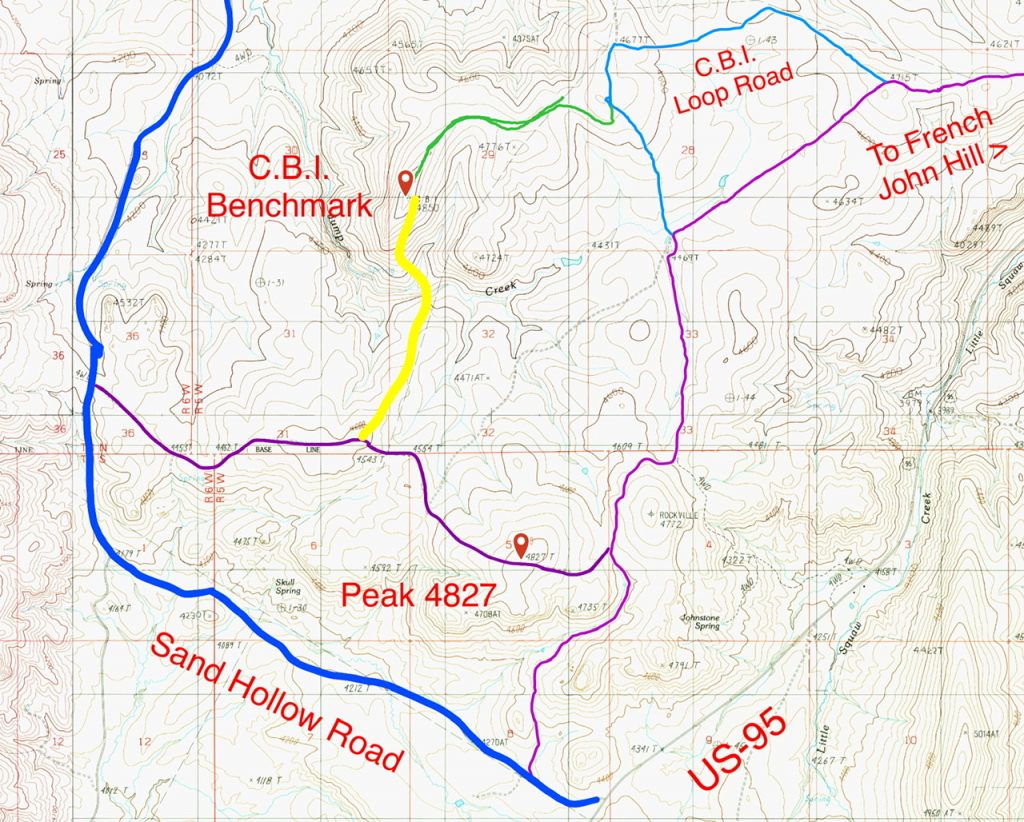 This route follows a broad ridge west and then south to the summit. The only obstacle is a range fence. The bottom wire is high enough that most can scoot under it. If you contour around the intervening hill you can reach the summit in 1.4 miles with only 212 feet of elevation gain.

This route is longer and more arduous than the northern route but still easy to follow. From the parking spot shown on the map it is just under 2.0 miles to the summit. The route crosses Jump Creek drainage via steep, but not difficult slopes. The route gains 1,100 in both directions.

CBI Benchmark from the south. The upper Jump Creek drainage is at the base of the peak. 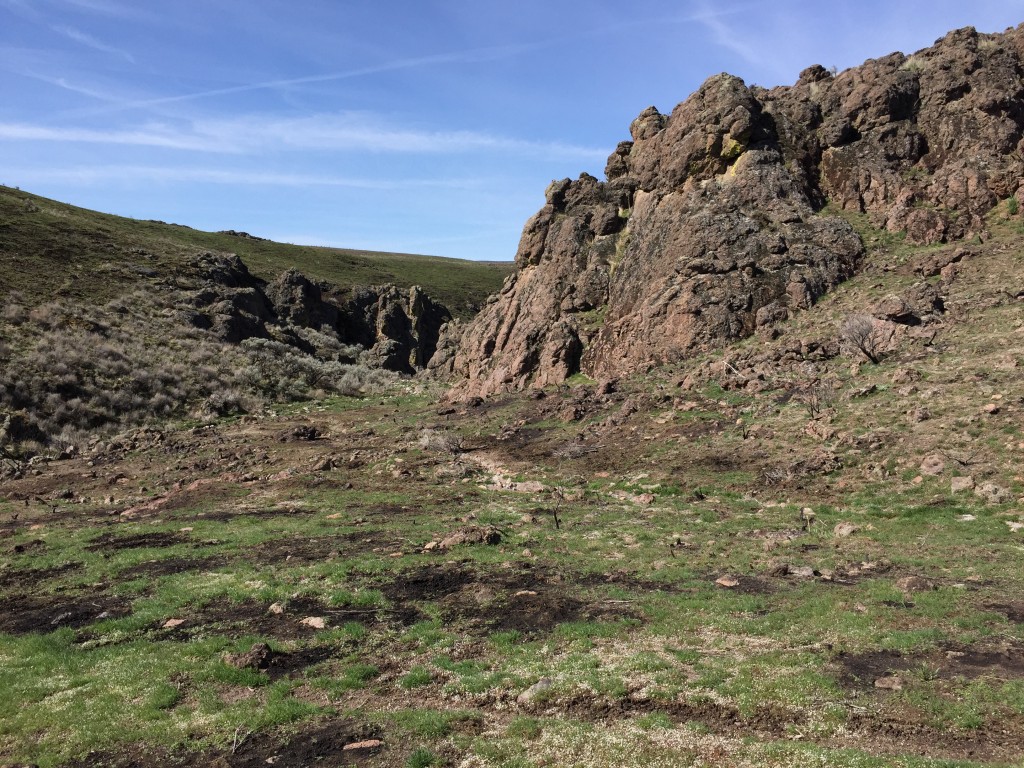 The upper Jump Creek Canyon. There was a lot of sign of wild horses along our route. 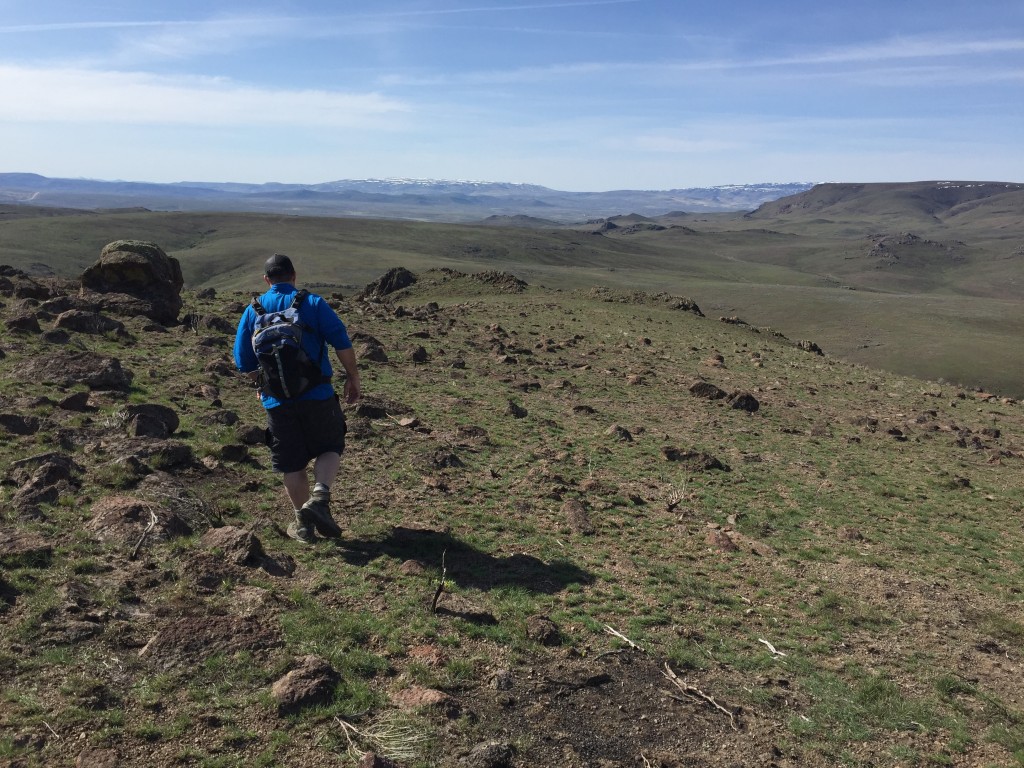 Dan Robbins on the summit ridge. A warm day for the last day of Winter.