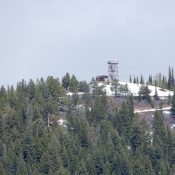 This peak is not in the book. Published June 2018

Chair Point is the home of an active fire lookout. The peak has had a fire lookout on its summit since 1931. The current structure is still staffed during the summer months. The Forest Service picked this point because of the vast views afforded by the location. The actual summit is just north of the lookout. USGS Riggins Hot Springs 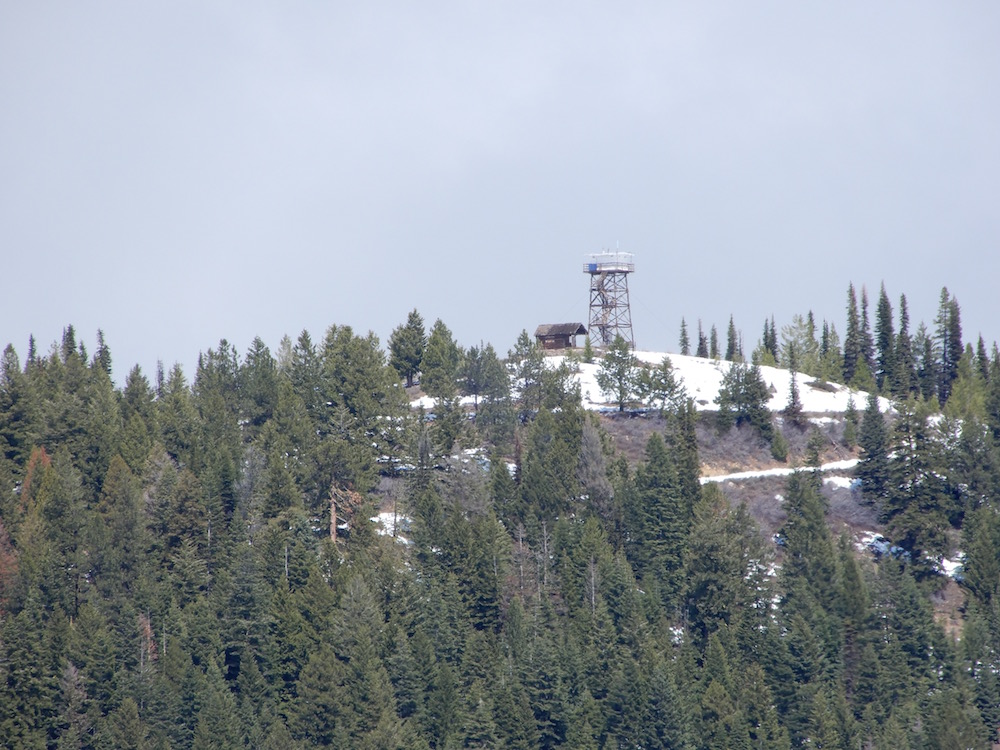 “Chair Point Lookout is located 6 miles northeast of Riggins, Idaho at an elevation of 6,951 feet.  The point has been home to three lookouts. The first structures at the site were a 45′ pole L-6 tower and a log cabin; both were built in 1931. The log cabin is still there. The L-6 pole tower was replaced by a 41′ treated timber L-4 tower in 1953. In 1980 the L-4 tower was replaced with the current 41′ treated timber tower. The structures are still in use today.”

From US-95 in Riggins, Idaho turn east on the Salmon River Road/FSR-1614. In 9.7 miles, turn north on the Grangeville Salmon Road/FSR-221 at Allison Creek. Follow Road FSR-221 to its junction with FSR-263. Follow FSR-263 to a junction with FSR-1164. This road is classified a primitive road by the Forest Service; a 4WD vehicle is recommended.

The easiest way to the summit is to follow the road as described above. John Platt made an early season ascent of the peak via its South Ridge from Deep Saddle. Use the link below to read his trip report if you are interested in an early-season ascent.