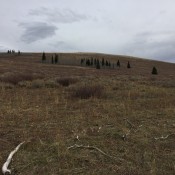 This peak is not in the book. The standard route is a road hike. Livingston Douglas added two new routes for this peak. Updated November 2018

Use Google Maps to reach the ski resort. Park in the parking area near the lodge. FS-722 leads south from lodge area. Follow this road south to its junction with FS-533. When there is no snow, you can follow FS-533 (which leaves from the lodge) to within a short distance of the summit. See the GPS track below. The hike to the summit climbs 600 vertical feet and covers 1.6 miles. 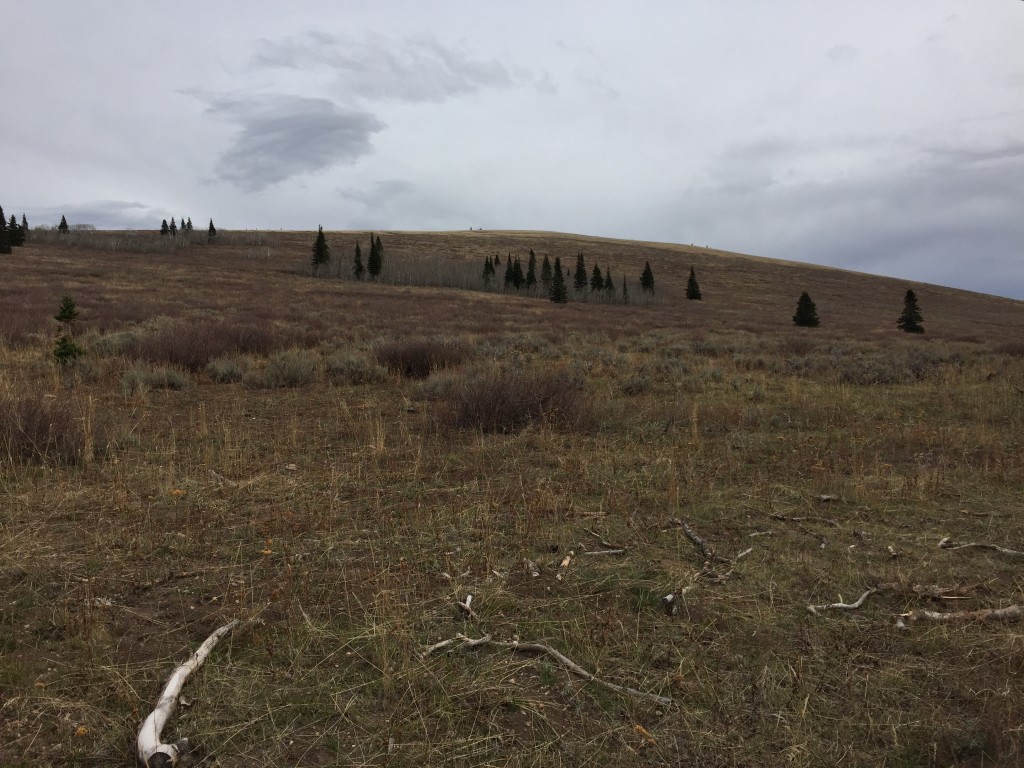 The west slopes of Connor Ridge 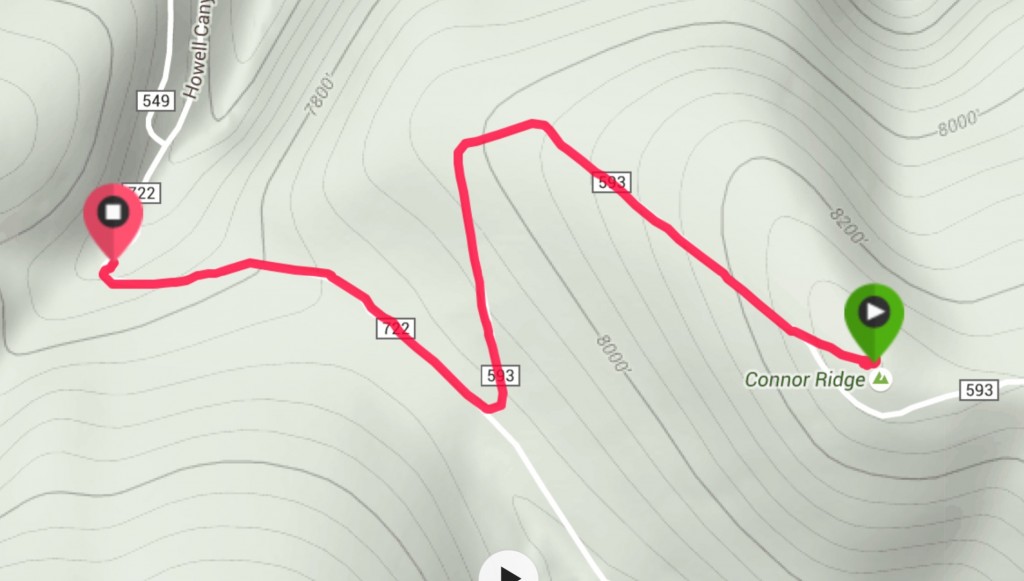 Connor Ridge is a west-to-east mountain that extends from the Pomerelle Ski Area all the way eastward to ID-77. The summit ridge has three distinct high points (Point 8327, Point 8311, and Point 8268) and two benchmarks (BM 8228 and BM 8268). The west summit is the true summit. The summit ridge is a gentle, open affair and presents no problems, though it is a LONG ridge. Black–tailed deer live on its west slopes near Connor Flat. The easiest ascent route is via an old jeep road that ascends from Connor Flat and crosses the west face about 50 vertical feet below the summit.

From ID-77, drive up Mount Harrison Road/FSR-549 for 6.9 miles to a hairpin turn in the road at the entrance to the Pomerelle Ski Area. Turn left/south and drive 0.1 miles into the ski area parking lot and park near its northeast corner. The elevation here is 7,650 feet.

The northeast corner of the ski area parking lot sits at the toe of the west spur of the northwest ridge of Connor Ridge. From the parking lot, scramble east up a steep slope of desert scrub, initially following a footpath below the powerlines. Leave the powerlines and continue weaving your way up through the scrub (sometimes thick, sometimes short and easy), staying left/north of the thickest scrub. Angle left/northeast as you work your way up the slope/ridge. You will cross a jeep road twice en route to the northwest ridge.

Once on the rounded northwest ridge, scramble southeast through easy, short scrub to the uninspiring summit of Connor Ridge. The summit is a gentle hump with a few large ground boulders scattered amongst the short scrub. It isn’t clear which ground boulder is highest and there was nothing up here from previous ascents. I built a small cairn on what appeared to be the highest boulder with the few loose rocks that I could find.

Don’t be fooled by the middle summit of Connor Ridge, which is a gentle hump about ½ mile to the southeast. It is only 16 vertical feet lower in elevation and looks like it might be a higher point but it is not. If you plan to also climb Peak 8762/Pomerelle Peak today, get a good look at its eastern aspects, particularly as they reach Connor Flat. You have the perfect viewpoint from which to do your last-minute recon.

Same as for the west spur/northwest ridge

This route is part of a ridge traverse from Connor Ridge to Pomerelle Peak. From the summit, descend due west directly at Connor Flat, a 7,850-foot saddle at the base of the northeast ridge of Pomerelle Peak. Aim for a point on the wide saddle that puts you in position to make your way up through the narrowest strip of the forested lower section of the northeast ridge, avoiding the thick aspens that clog the saddle area.

After you begin your descent on short, easy scrub, you quickly cross a jeep road high on the west face and then descend through thick desert scrub that is rather punishing. Look for gaps and deer trails to help you navigate this awful stuff. Black-tailed deer live here as I can personally attest. The terrain is completely open, so it is easy to maintain a consistent line down to the saddle, notwithstanding the weaving you must do to get through the thick scrub. Connor Flat is quite open, with a service road passing through it and short scrub elsewhere on it.