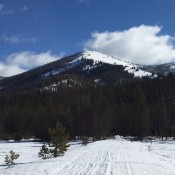 This peak is not in the book

Copper Mountain is the northwestern-most named Sawtooth summit. It rises up above ID-21 west of the point where a road leads west to Bull Trout Lake, which is roughly 1.25 miles south of Banner Summit. This peak is ascended often in the Winter as the nearby highway offers good access to its broad West Slopes and there is a lot of room on open slopes for skiing. While not as popular in the Summer, the peak offers an outstanding viewpoint and a relatively short climb. USGS Banner Summit

Like many mountains, Copper Mountain can be reached from numerous directions. I recommend climbing the peak from Newman Creek via its Southwest Ridge. Newman Creek is accessed from ID-21, 0.35 miles north of the well-signed turn for Bull Trout Lake. Turn east off the highway and you will immediately find a large, shallow borrow pit. Park at this point. The Southwest Ridge rises directly to the north. It is 2.1 miles and 2,000 feet to the summit from this point. 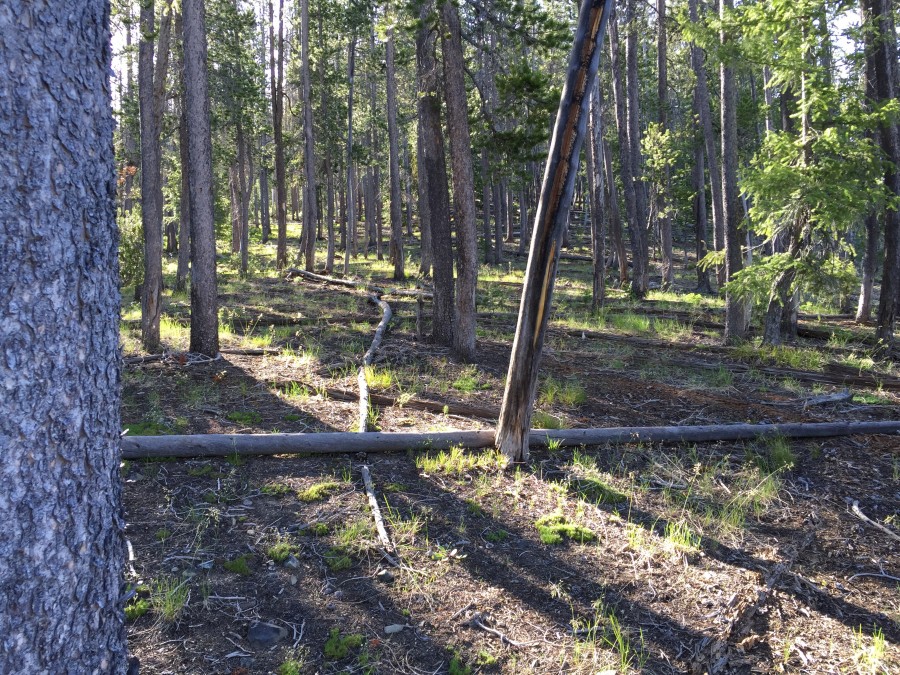 After a gain of roughly 200 feet, you will find that you reach the crest of the Southwest Ridge. The ridge is broad at this point but narrows down as you climb toward the summit. There is a faint game trail much of the way. 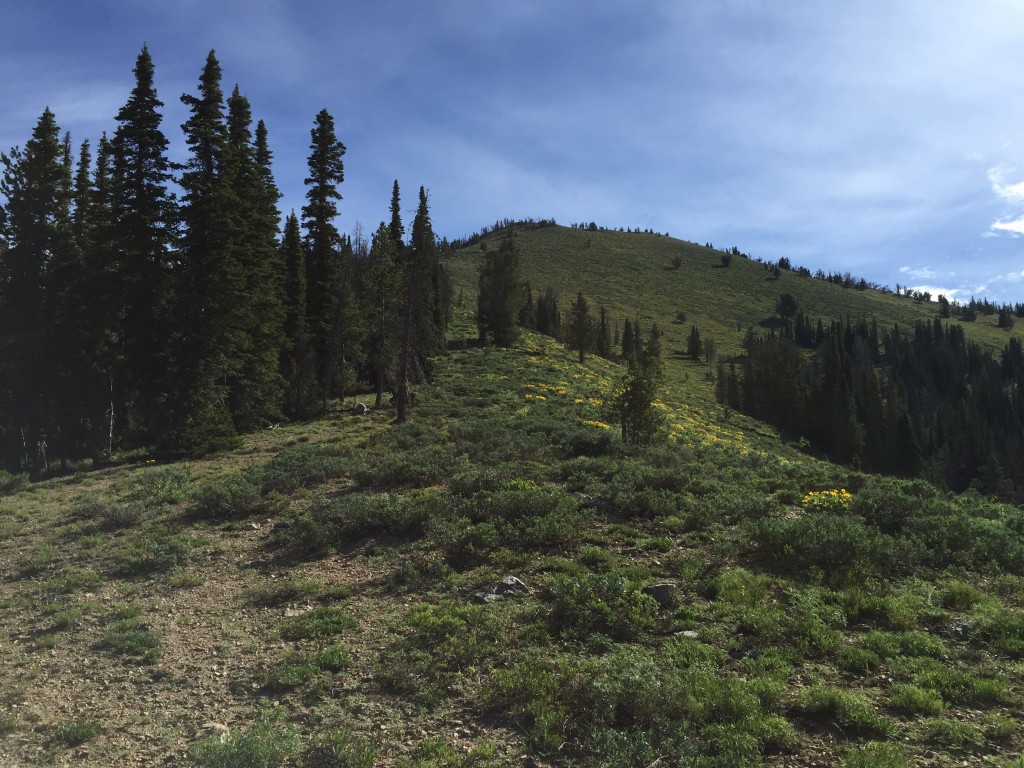 The ridge eventually opens up on its Southeast Side, giving you a view of the summit. 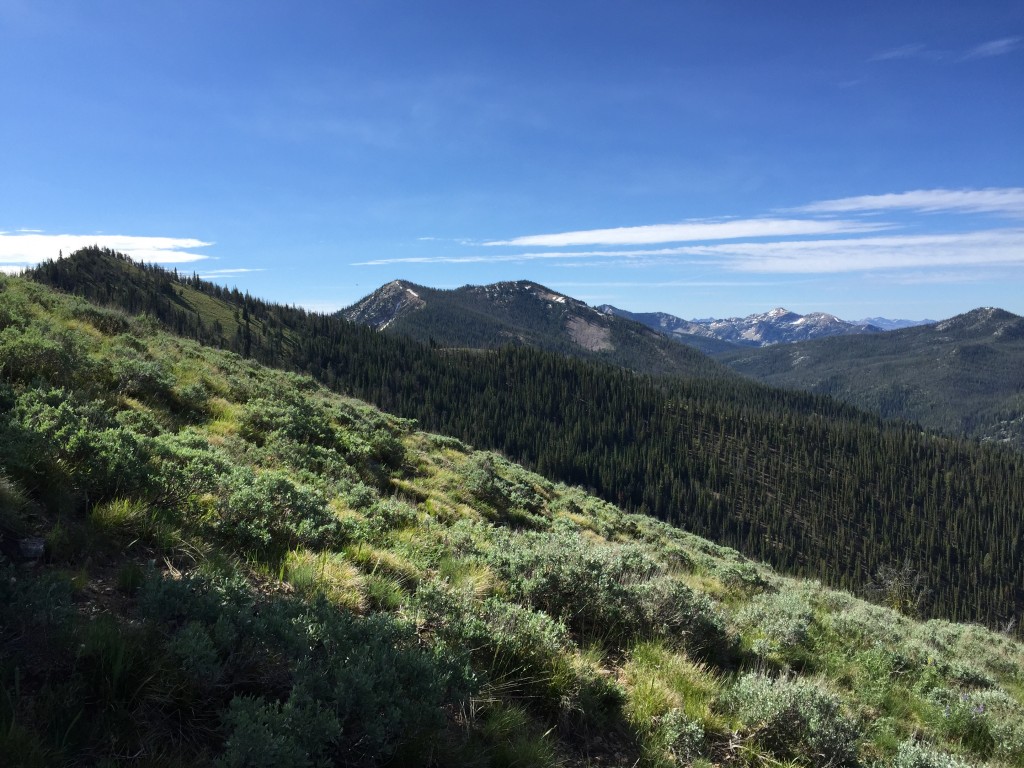 Peak 9220 as viewed from the Southwest Ridge of Copper Mountain. 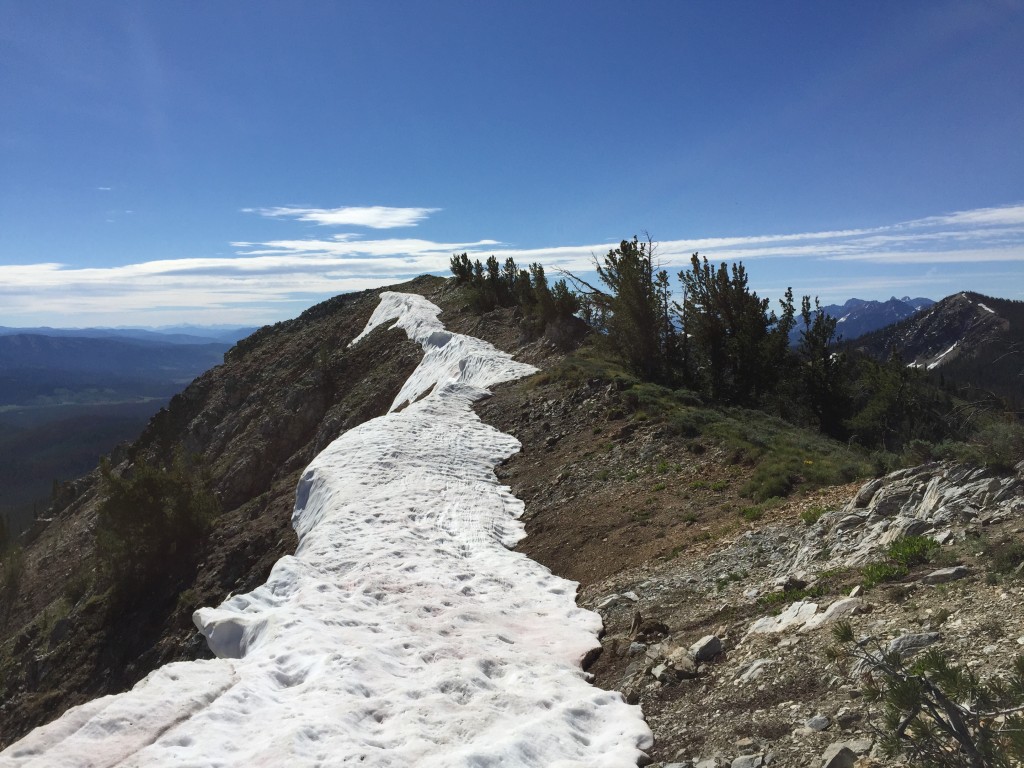 Once on the crest of the Southwest Ridge, turn east and walk to the high point. 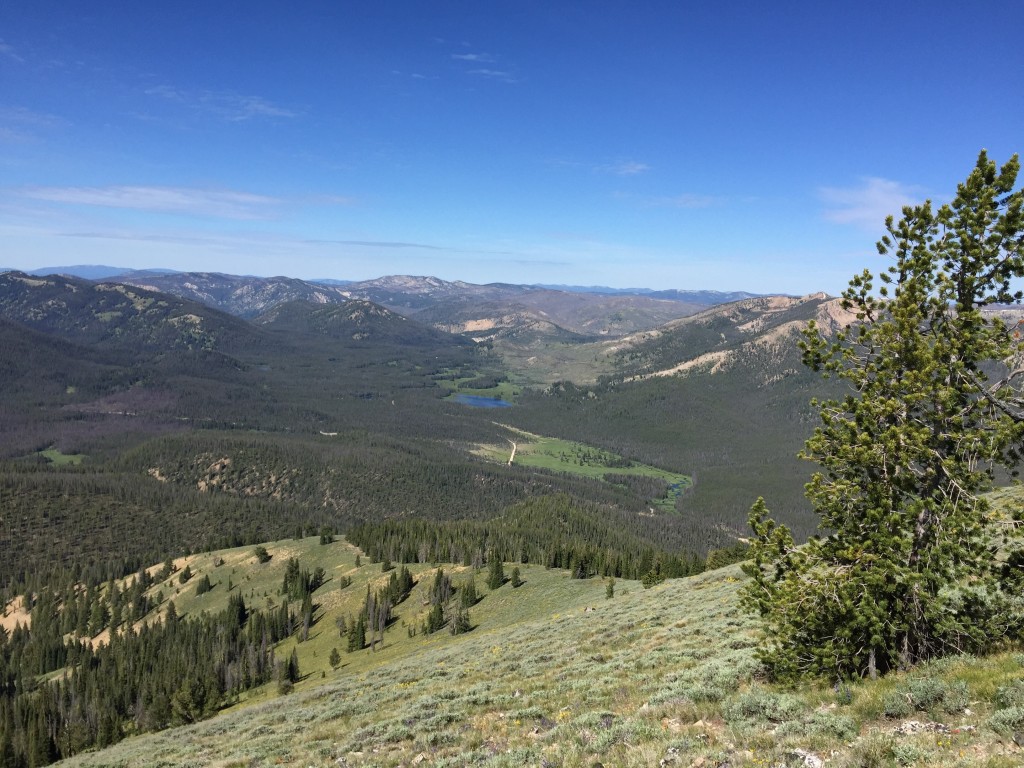 There is a lot to see from the summit, including the Salmon River Mountains to the north and west, the Sawtooth Range to the east and south, and the White Cloud Peaks to the east. This shot looks back down the Southwest Ridge. 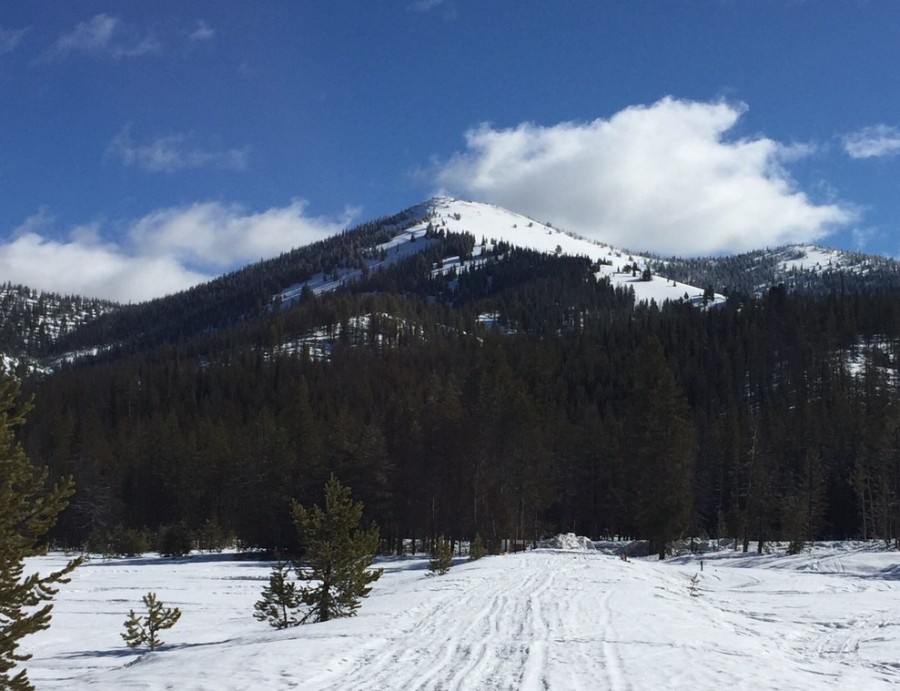 Copper Mountain as viewed from the west.