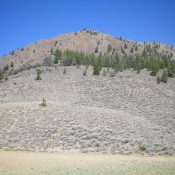 Corkscrew Mountain is a magnificent peak that is the high point on a ridge line that separates Challis Creek from Mill Creek. It is most easily accessed from FSR-079, a jeep/ATV road on its south side. The east ridge is probably the easiest ascent route. The south side route described below is much steeper and more challenging. USGS Twin Peaks 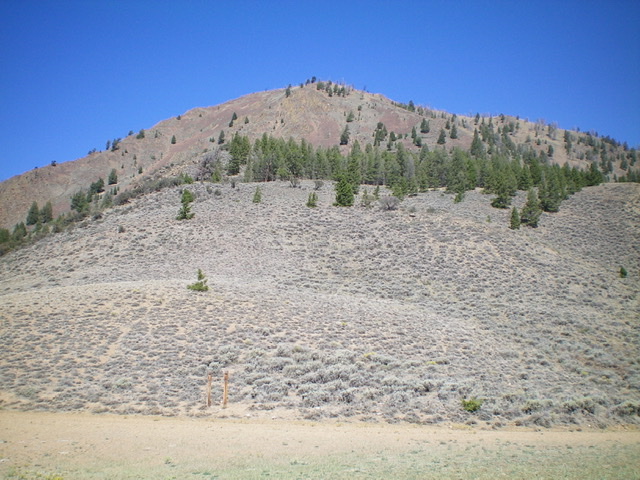 Corkscrew Mountain and its south face as viewed from the road crossing on its south ridge. The summit is not yet in view. Livingston Douglas Photo

From the roadside pullout on the Custer Motorway, walk about 100 yards west up the motorway to reach the toe of the south ridge. The road bends around the toe of the ridge. Leave the Custer Motorway here and scramble north up the steep, brushy ridge and battle with loose shale, mountain mahogany, and rocky ridge outcrops to boot. This ridge section is NOT FUN. Higher up, the slope eases and the ridge bends left-ish/northwest and soon reaches a crossing of FSR-079, a jeep/ATV road. The ridge terrain here is easy, short scrub and broken rock.

Cross to the north side of FSR-079 and follow the ridge crest northwest on the left/west edge of a pine forest in sagebrush with loose underlying talus/scree and a few rocky outcrops. The ridge crest bends right-ish/north. Continue to follow the left edge of the pine forest in open scrub to reach the base of a steep, long slope/face of loose boulders/talus/scree with some scattered pines and areas of sagebrush. Stay to the right/east of a prominent rocky buttress and stick to sagebrush areas wherever possible to gain some footing. Higher up, reach a minor ridge/shoulder heading left/northwest to reach the upper section of the south face.

The slope eases considerably at about 9,100 feet and the ridge reappears and heads right-ish/north to the summit. The summit is still about ¼ mile away. Scramble up a section of delightful short scrub then up a final patch of steep-ish talus/scree. The slope eases for the final push to the high point in sagebrush and scattered snags. The summit has no cairn but has two USGS benchmarks. The descent of the steep, upper talus/scree slope on the south face is horribly loose and probably goes at Class 2+/3, so be prepared for that. 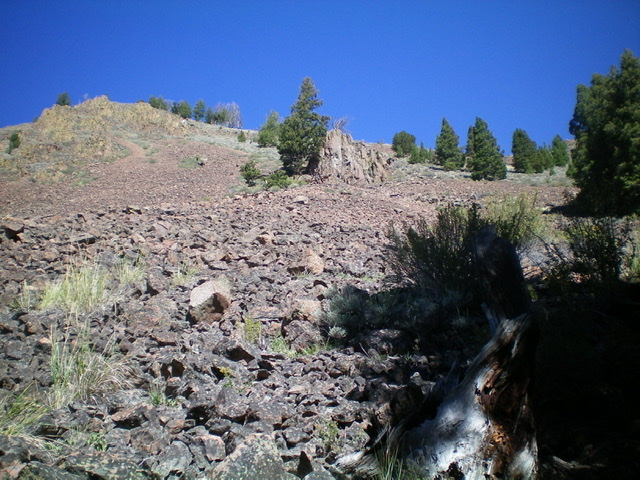 The crux of the South Face Route is this loose, steep, talus/scree slope. Stay in the middle (or to the right) in sagebrush for the easiest going. Once atop this slope, head left on easier terrain to reach the summit. Livingston Douglas Photo 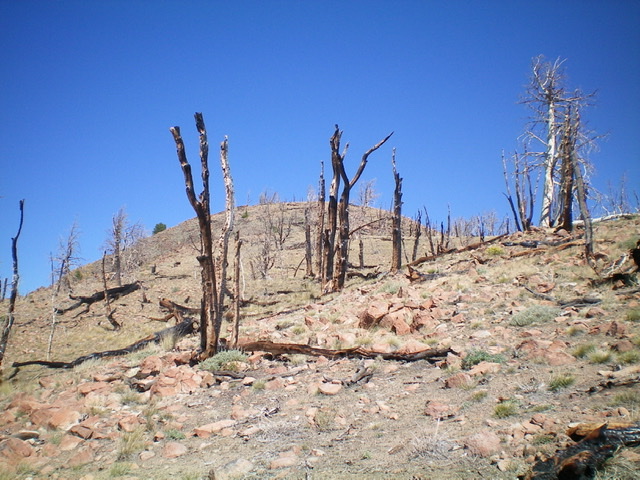 The barren summit hump of Corkscrew Mountain as viewed from high on the south face. Livingston Douglas Photo 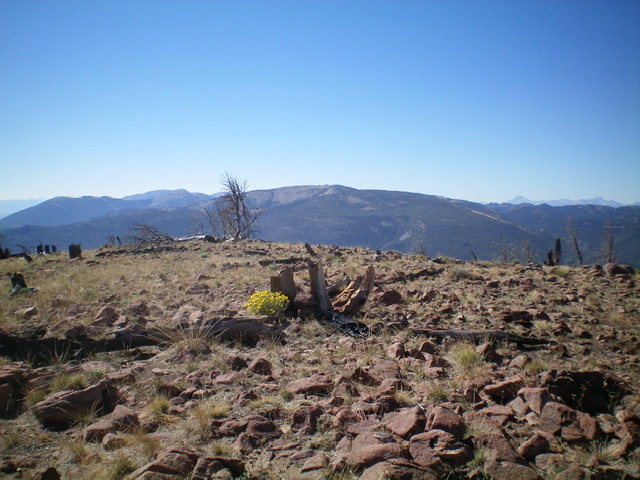 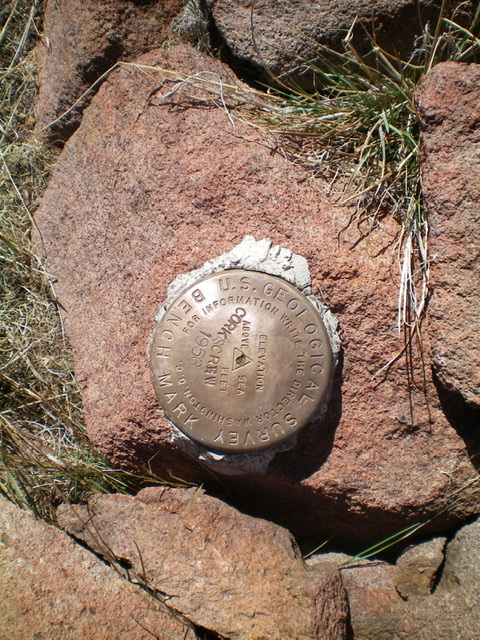