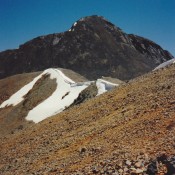 Climbing and access information for this peak is on Page 268 of the book. The book lists the elevation at 10,925 feet. Newer estimates put the elevation at 10,940 feet. I added Brett Sergenian’s photo of the upper route and his GPS track which starts from the Arentson Gulch and which shows the East Headwall Route set out in the book. Brett’s trip report is linked below. Updated December 2019

Rick Baugher named this peak based on how it looks when viewed from US-93: tucked into the corner of the Pahsimeroi Range. Rick climbed the peak in 1994 and found no evidence of previous ascent after encountering a short, exposed Class 3 section near the top. USGS Grouse Creek Mountain 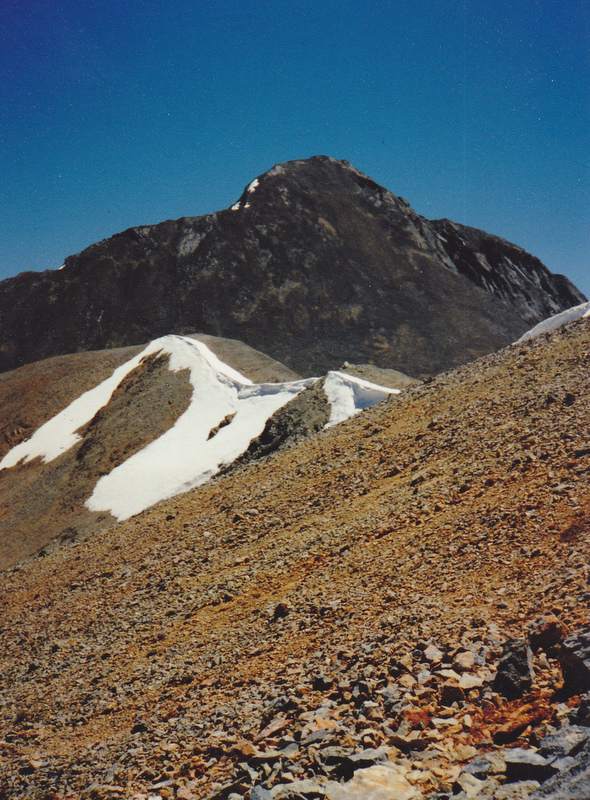 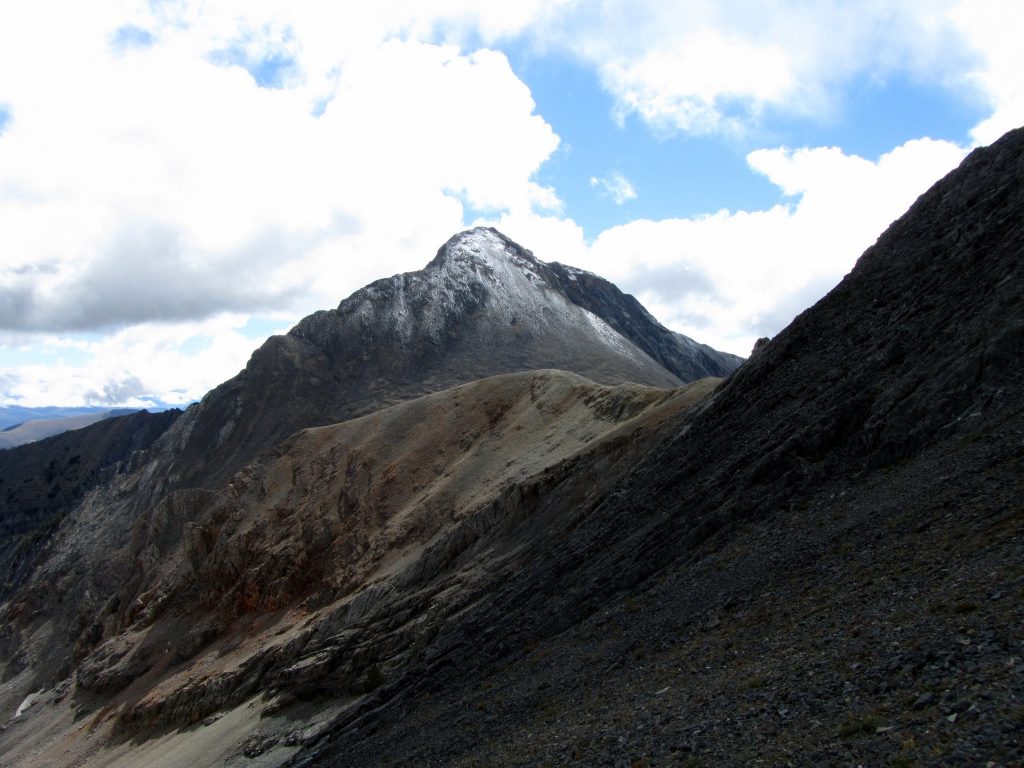 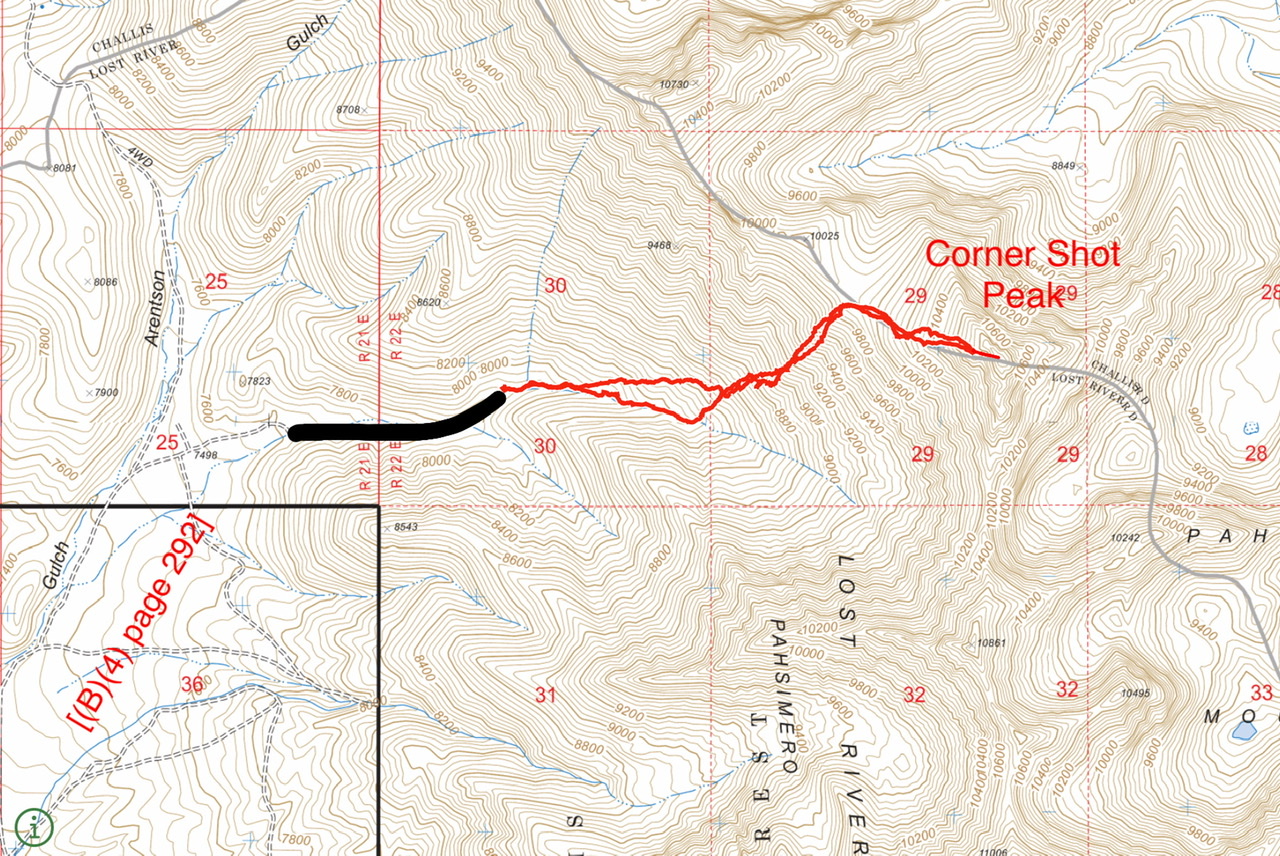 Brett Sergenian’s GPS track. The black line identifies the upper extension of the road which is not shown on the map. Round-trip stats: 3.4 miles with 2,800 feet of elevation gain. 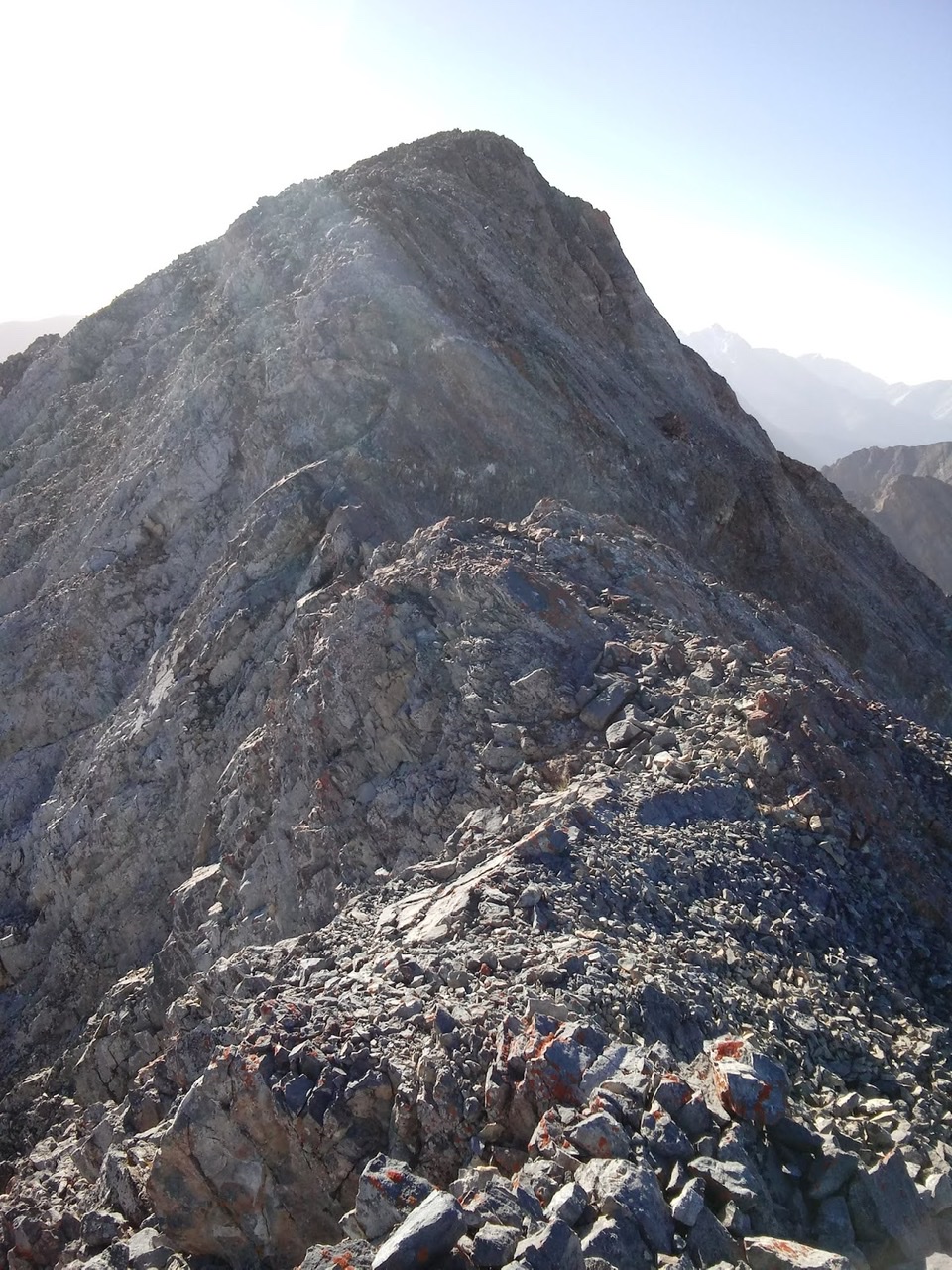 Above the East Headwall. This is the final (Class 3) section of the route to the summit. Brett Sergenian Photo