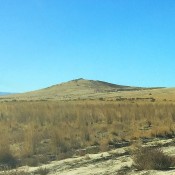 Coyote Butte is a minor volcanic cone located roughly 3.5 miles south of Initial Point and west of the Swan Falls Dam Road. I hesitate to include it since it has only 176 feet of prominence and the various roads leading to it from the paved Swan Falls Dam Road are deeply rutted. Also, you will often be potentially in the line of fire, as every time I have visited this area there were several groups of people shooting into the void. I hiked up to the summit from the road on its South Side but it can be reached from all directions with no difficulty other than the drive in. USGS Coyote Butte 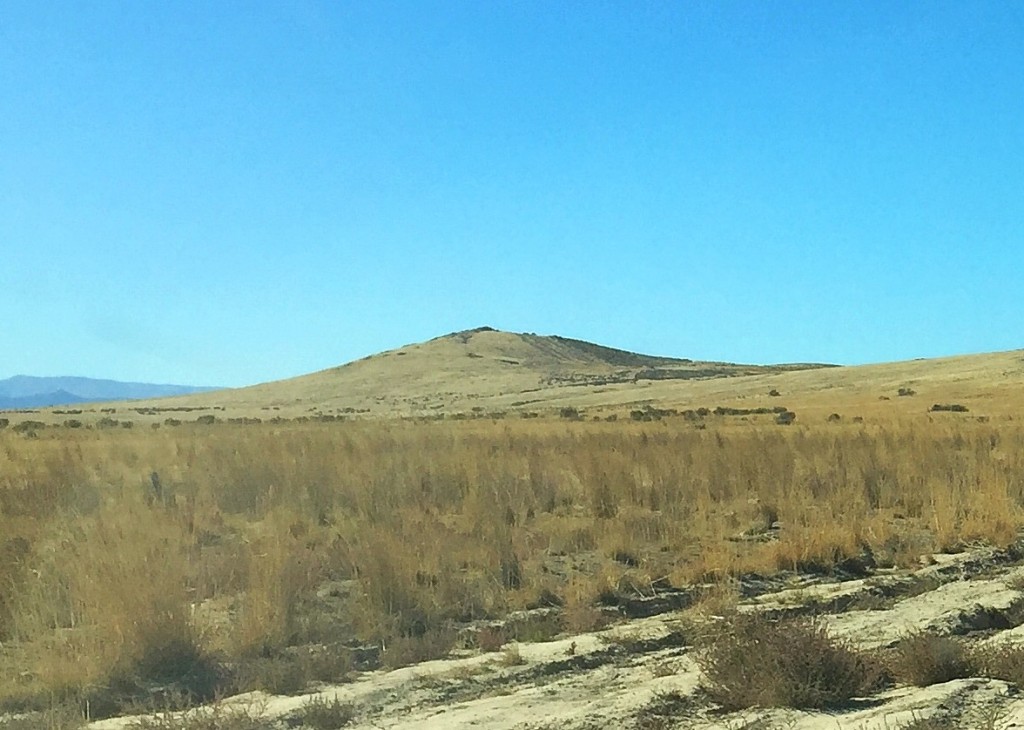 Coyote Butte as viewed from the east.

As an aside, there are 7 officially-named features in Idaho with the name “Coyote”: four Coyote Buttes in Idaho, two Coyote ridges and one Coyote Rock. Not one of these features has 300 feet of prominence.