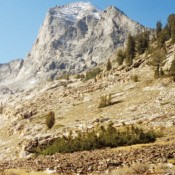 Climbing and access information for this peak is on Page 245 of the book. Use this link to see Pat McGrane’s Wildhorse Classics Guide which includes a comprehensive guide to the technical routes on this big peak.

Devils Bedstead East is the 20th-highest peak in Idaho and is perhaps one of the state’s top 10 summits from an aesthetic standpoint. Look down this page for a new technical route climbed by Pat McGrane and Nick Brown in 2012 on this peak’s impressive East Face. Use the link below to read Larry Prescott’s trip report on his ascent of the standard route, complete with outstanding photography. USGS Phi Kappa Mountain 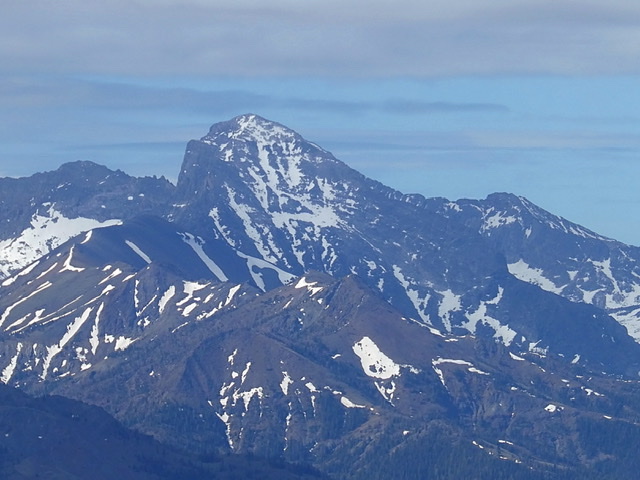 The Devils Bedstead East viewed from the northeast after a June storm. 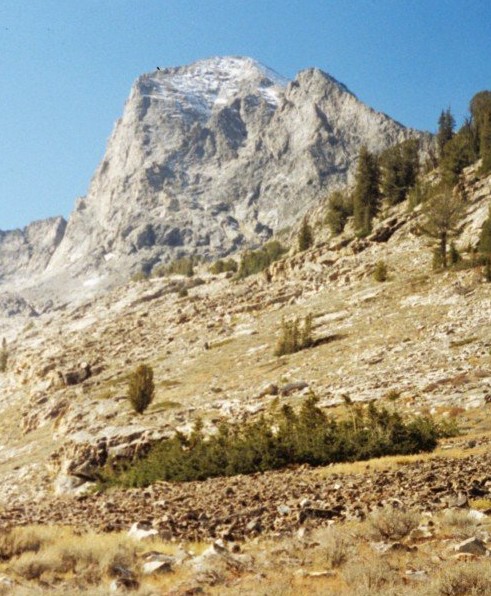 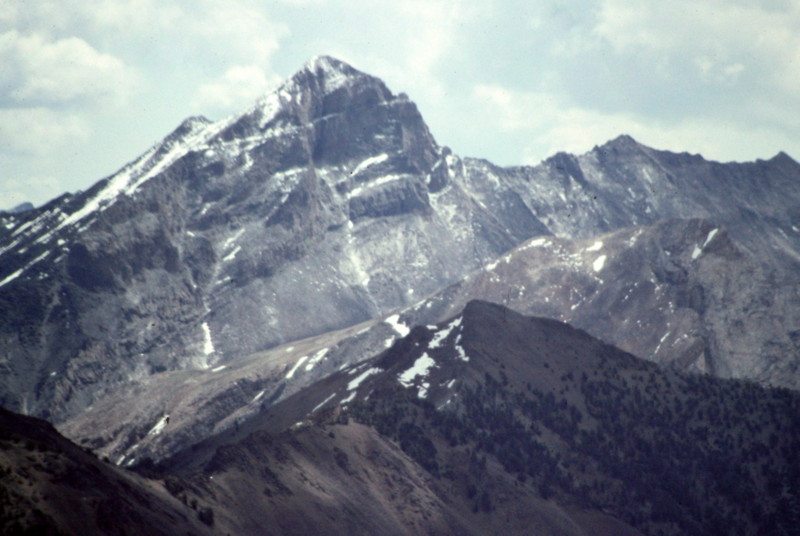 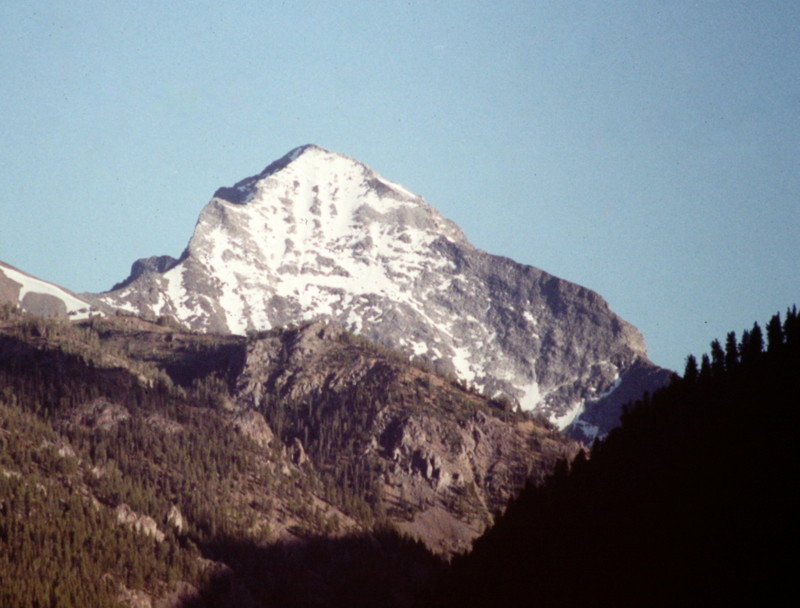 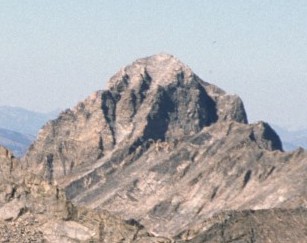 Here are some photos taken on this route. I will try to post a few more later. 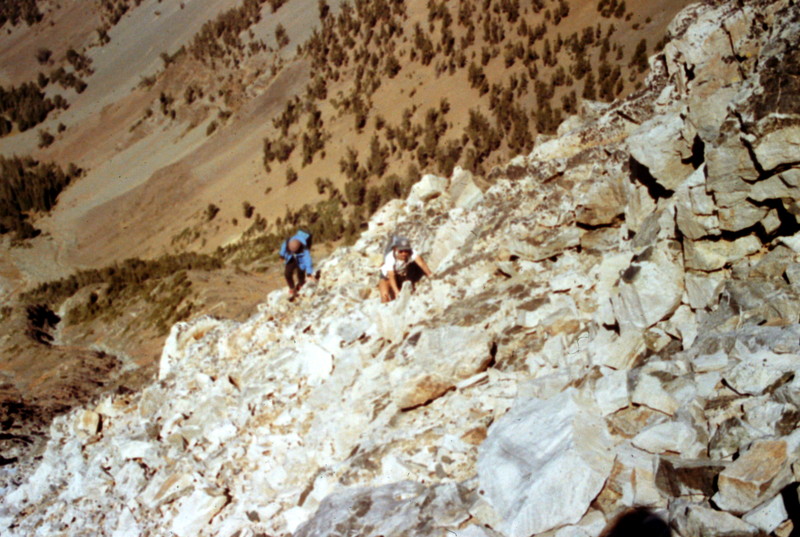 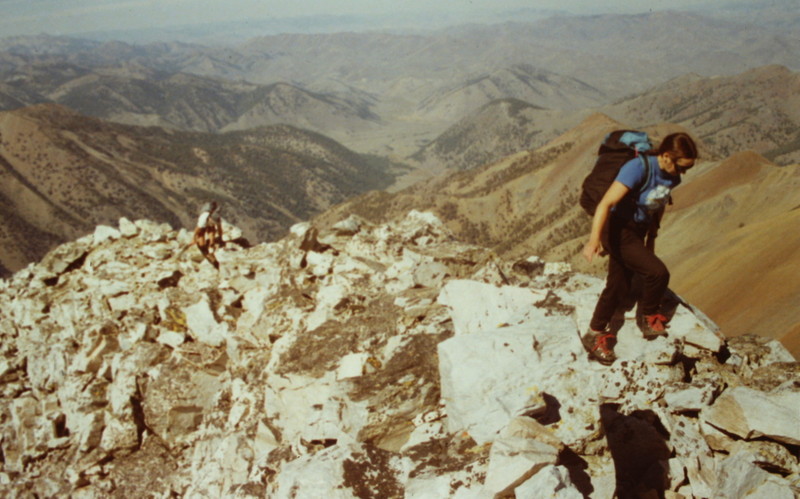 This shot was taken roughly halfway up the Northeast Ridge. 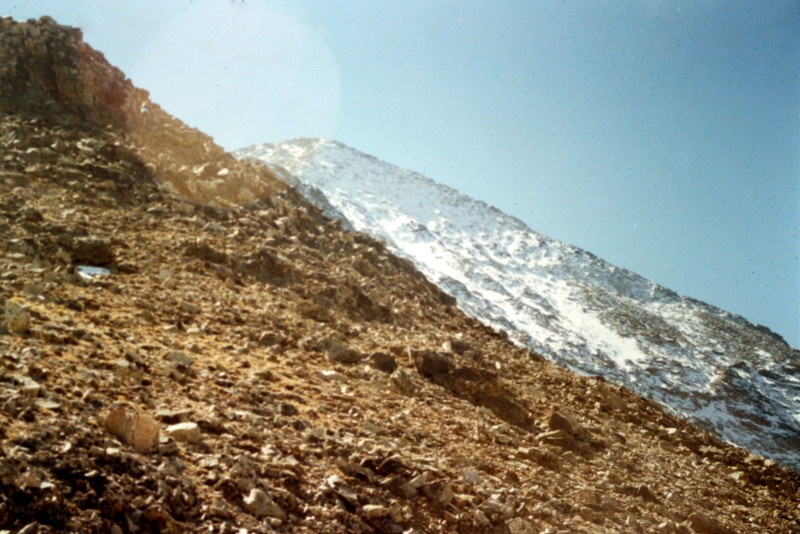 This photo is looking up into the sun toward the summit from midway on the Northeast Ridge Route. 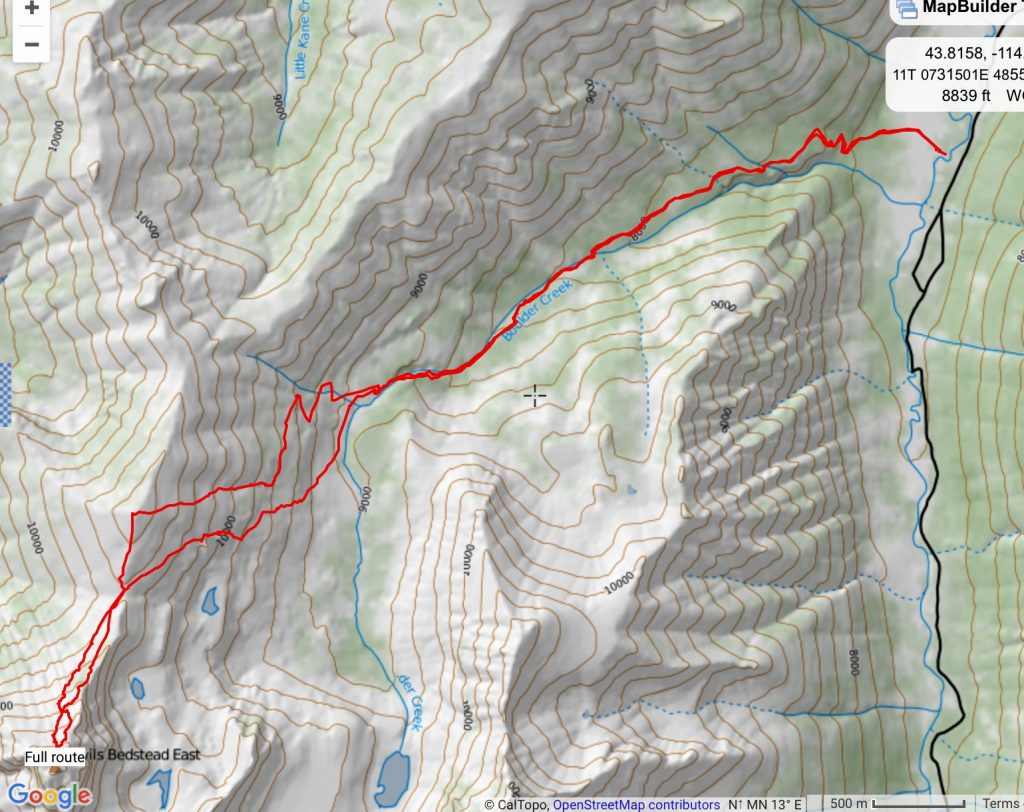 Larry Prescott provided this GPS track for his 2016 climb.

This route is in the middle of the East Face of Devils Bedstead East above Washington Lake. The route starts at the lowest point of the face on a perfect granite slab. It quickly becomes vertical for two 5.8 pitches to a large scree-covered ledge (with evidence of goats). Traverse Class 2 terrain about 200 feet to the right and scramble as high into a huge scary-looking dihedral. This is the MegaDihedral. Start belaying again. The climbing is easier than it looks from below. Two 5.7 pitches lead to a platform with no anchors. From there, it is two low Class 5 pitches to the ridge. Protection is not abundant on the last four leads. From the ridge, scramble to the top in about 10 minutes. 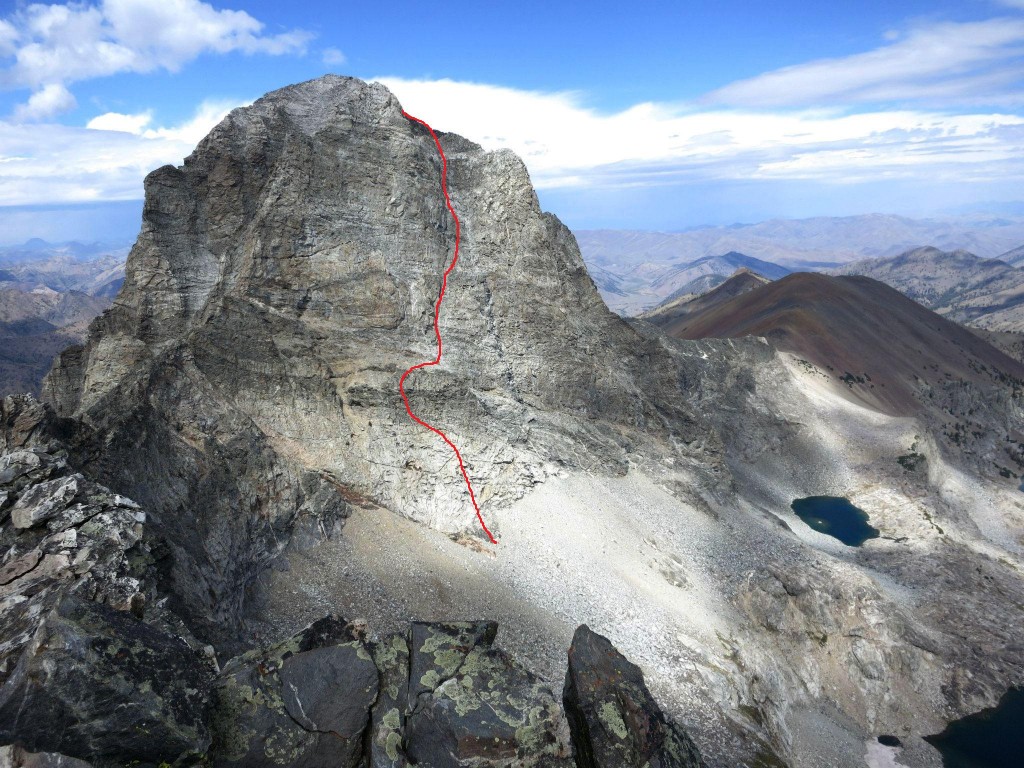 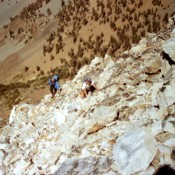 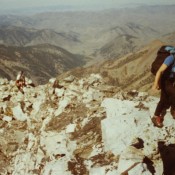 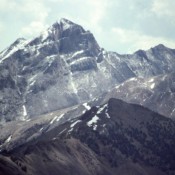 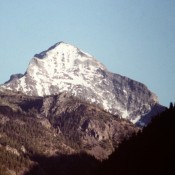