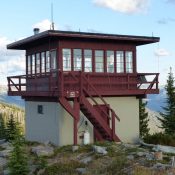 Climbing and access information for this peak is on Page 68 of the book.

Diablo Peak may be the best vantage point in the Selway-Bitterroot Wilderness. A fire lookout on the summit is manned by volunteers during the summer. USGS Jeannette Mountain 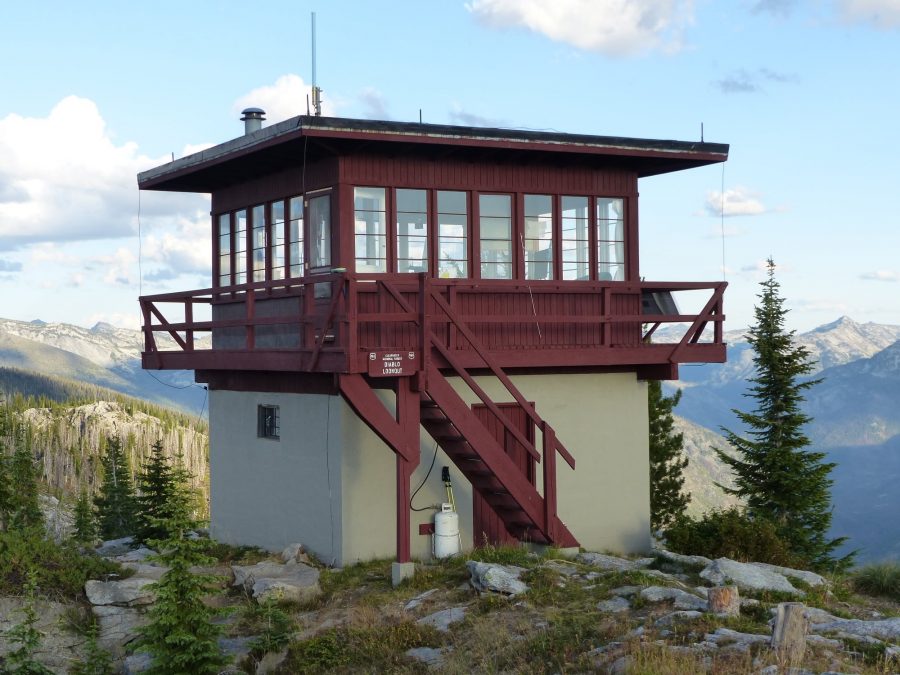 The Nez Perce-Clearwater National Forest states the following about this lookout:

The lookout is located on the Lochsa-Powell Ranger District approximately 5 trail miles ESE of Elk Summit Guard Station at an elevation of 7,461 feet. The lookout was constructed in 1965. It was staffed by the Forest Service until the late 1970s. The lookout was generally unstaffed until 2012 when Bill Moore and the Powell Ranger District fire organization started a volunteer staffing program ensuring the lookout would continue to be used as an active fire lookout. Diablo Lookout is in terrific condition and remains a crucial part of the Nez Perce-Clearwater National Forest’s fire detection program.

The Diablo Mountain trip report by Evans Outdoor Adventures provides all the information you will need to visit this stunning peak. Round trip will cover 11.5 miles with over 1,700 feet of elevation gain.