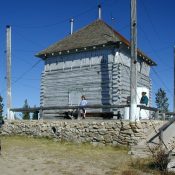 Climbing and access information for this peak is on Page 117 of the book. The route in the book covers hiking approaches. The route below covers the road approach. Published June 2019

East Peak is the highest point in the North Fork Range, a subrange of the Salmon River Mountains. It is one of the most outstanding viewpoints in Idaho. It is no surprise that that the Forest Service placed a fire lookout on its summit in 1914. Unfortunately, the lookout was hit by lightning in 2002 and burned. The views from the summit include the West Mountains, Cascade Reservoir, the Seven Devils, the Middle Fork Payette River, the Salmon River Mountains, the Sawtooth Range and the Boise Mountains. USGS Bull Creek Hot Springs 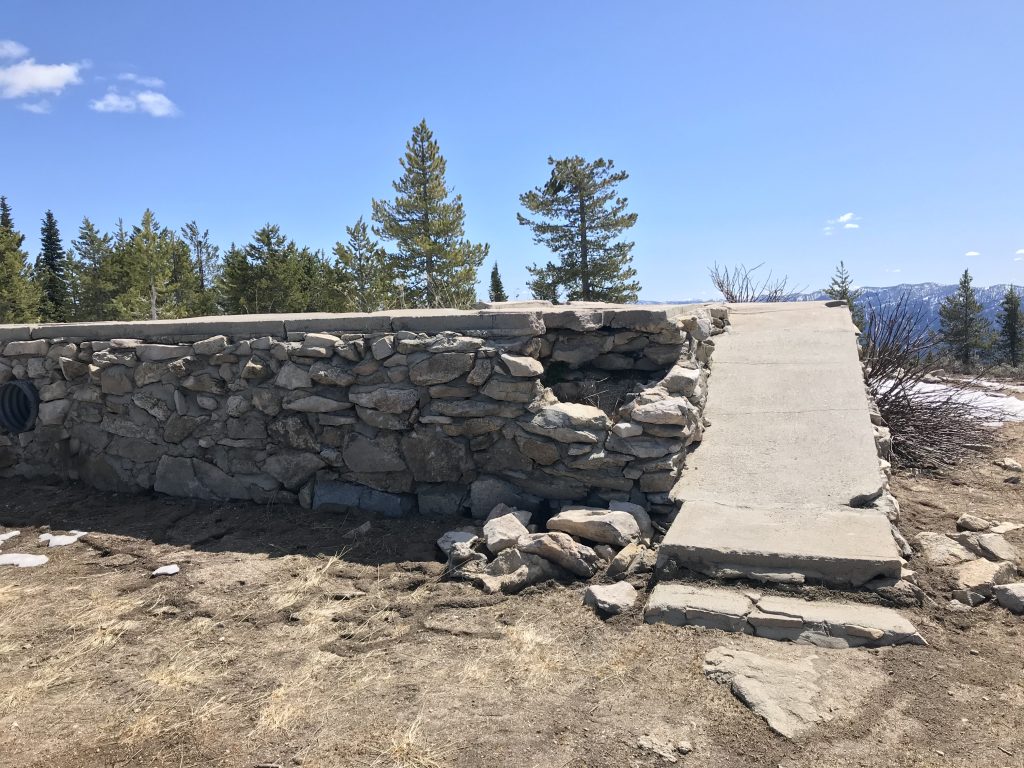 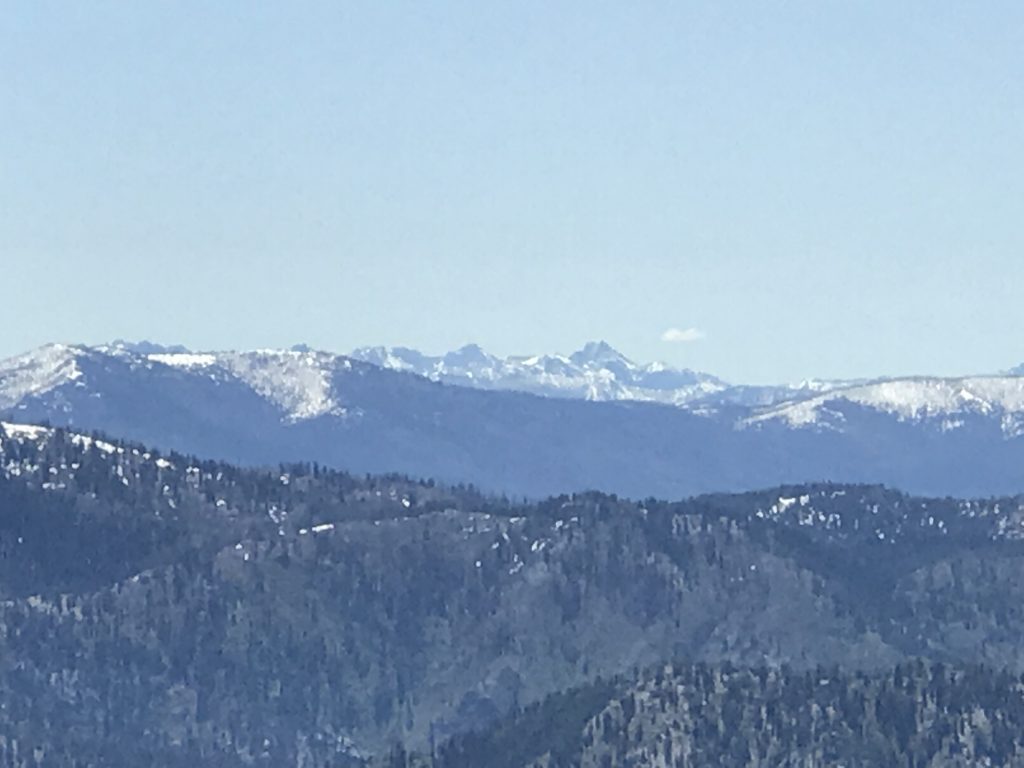 The summit view of the Sawtooth Range. 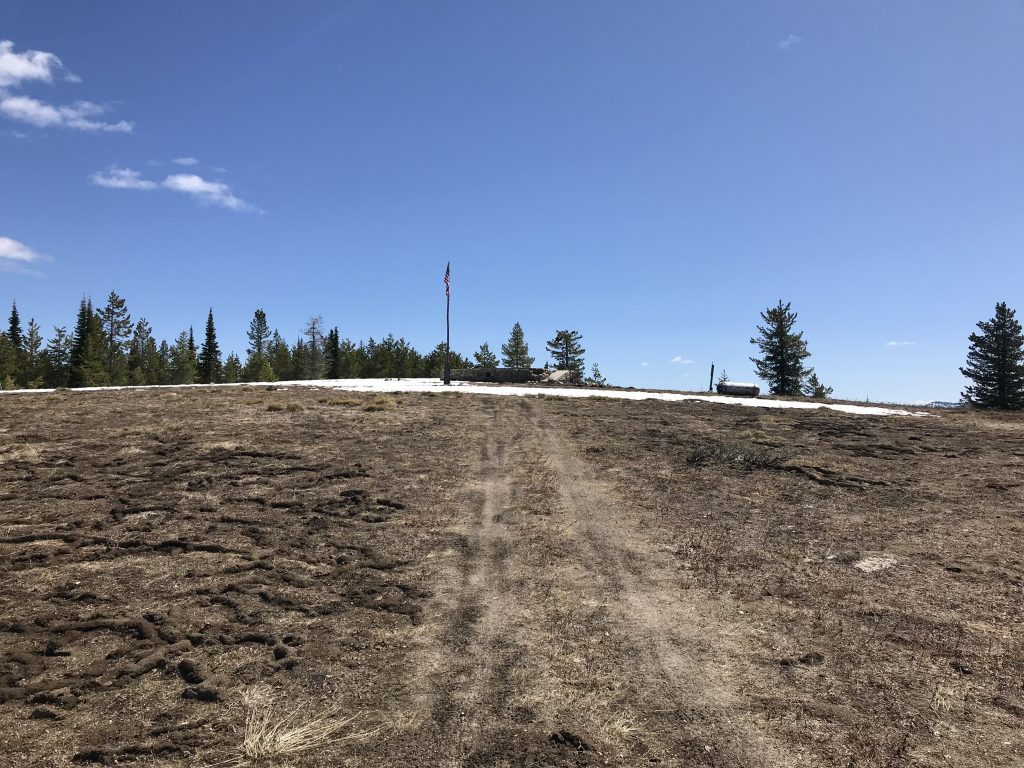 The broad summit of East Mountain. 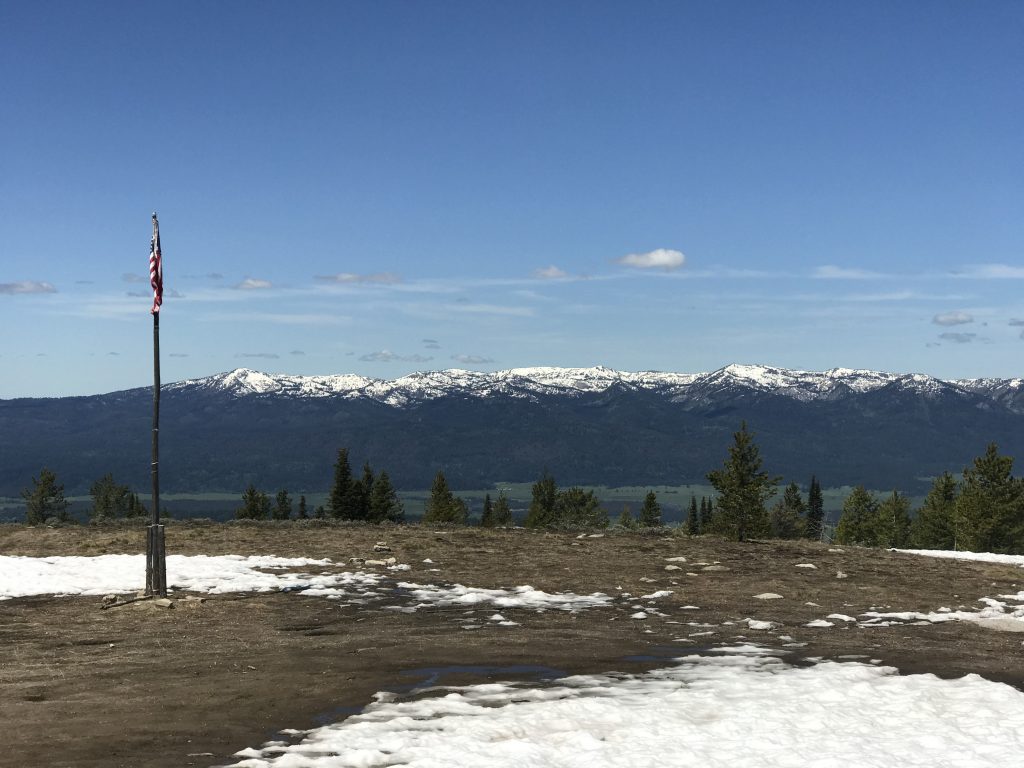 Looking west to the West Mountains. 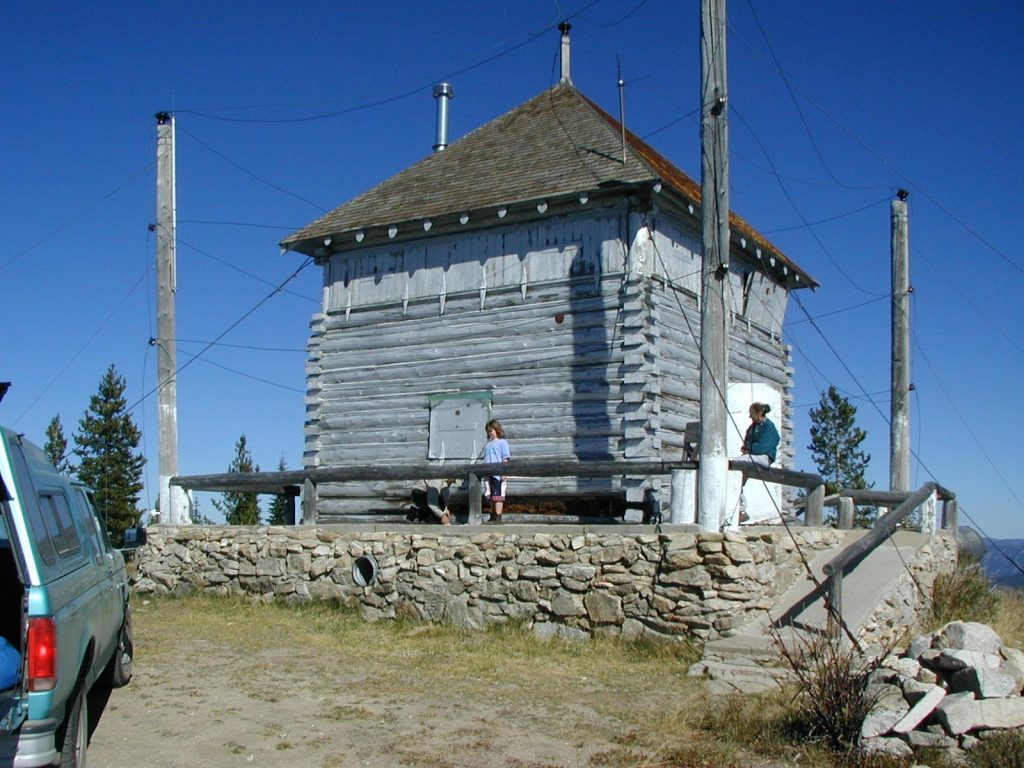 The West Slopes of the North Fork Range in the vicinity of East Mountain are traversed by the FS-417 road system. Google Maps will provide directions to the lookout from ID-55 which are effective, though a bit obtuse. The road system climbs nearly 3,000 feet to the summit and there are a lot of steep pitches.

The FS-417 road system can be reached from two spots along FS-409/Clear Creek Road. The longer South access point is signed for the lookout; the North access point is not signed. The North approach is the shortest and steepest. Both the North and South approaches cross private property at first and are roughly maintained through the private property. Once in the National Forest, the road quality improves. Nevertheless, a 4WD vehicle is recommended.

The road system is accurately shown on the Forest Service maps. The final section of the FS-417 road system is designated FS-417f. FS-417f is rough and rutted in places. It covers the final 1.5 miles to the summit with about 900 feet of elevation gain. 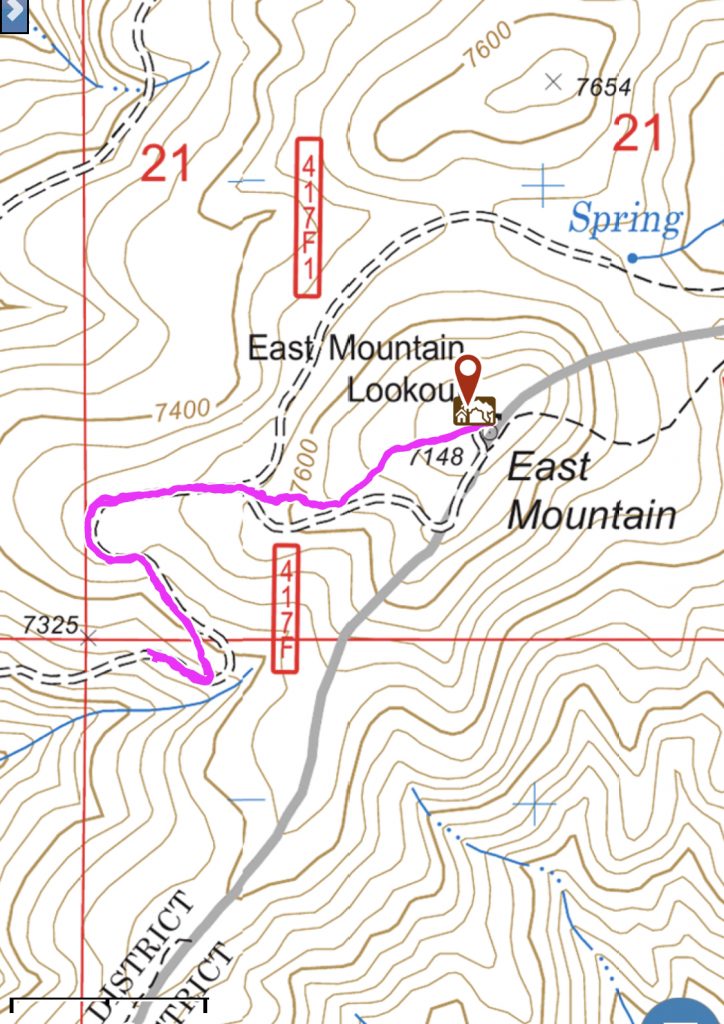 My GPS track for the final 0.75 miles to the summit.