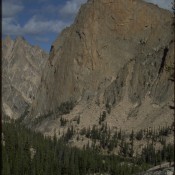 Climbing and access information for this peak is on Pages 176-180 of the book.

Elephants Perch has Idaho’s most famous big wall. It is a complicated and big peak with a lot of area to explore. Still, most people know the peak for its big wall routes and the vast majority approach the peak from Saddleback Lakes. Farther down this page you will find a photo of the face showing the lines of the Mountaineer’s and Astro Elephant Routes. You will also find three links to trip reports by a Brad Brandewie which photo document 4 routes on the face. Clint Cummins has cataloged the technical routes on the Elephants Perch including links to topos which you can reach by clicking on this sentence. USGS Mount Cramer 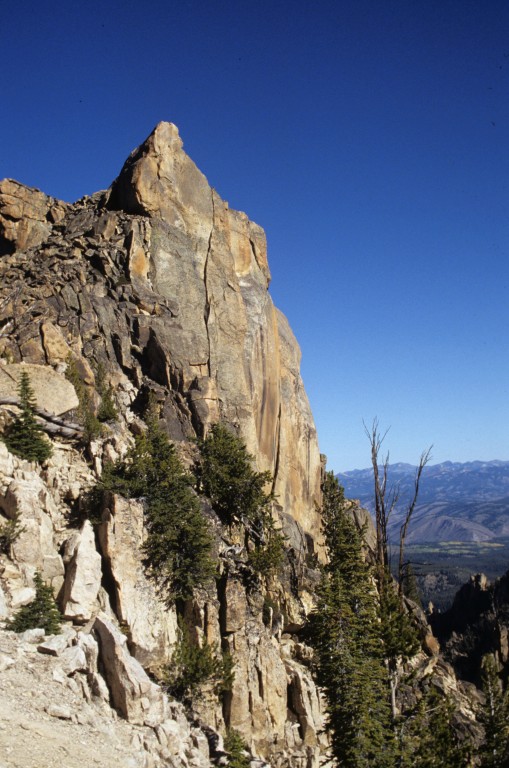 The East Summit of Elephants Perch. 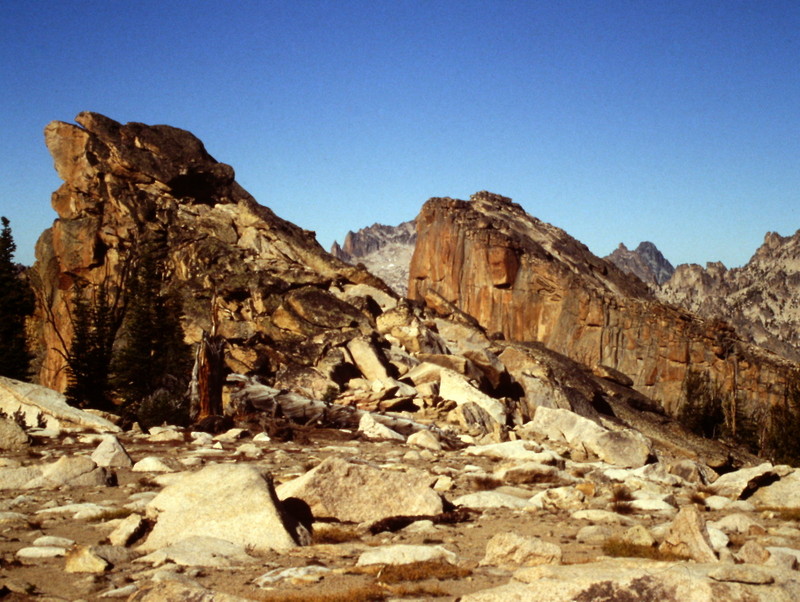 The summit area of Elephants Perch is a unique spot, unlike any other Sawtooth summit. 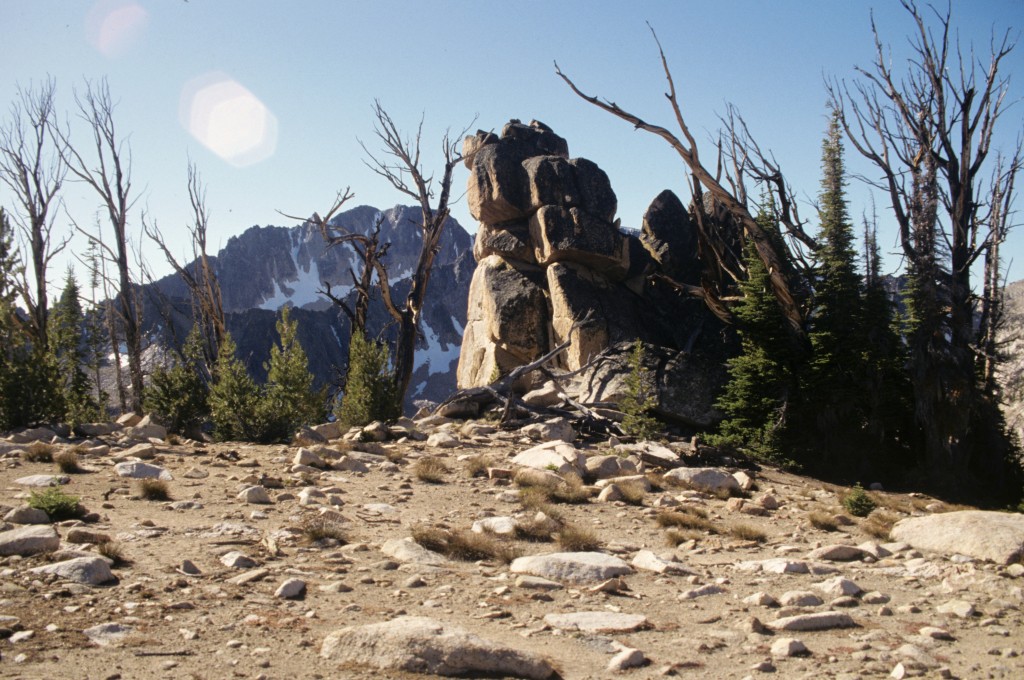 The summit plateau of Elephants Perch. 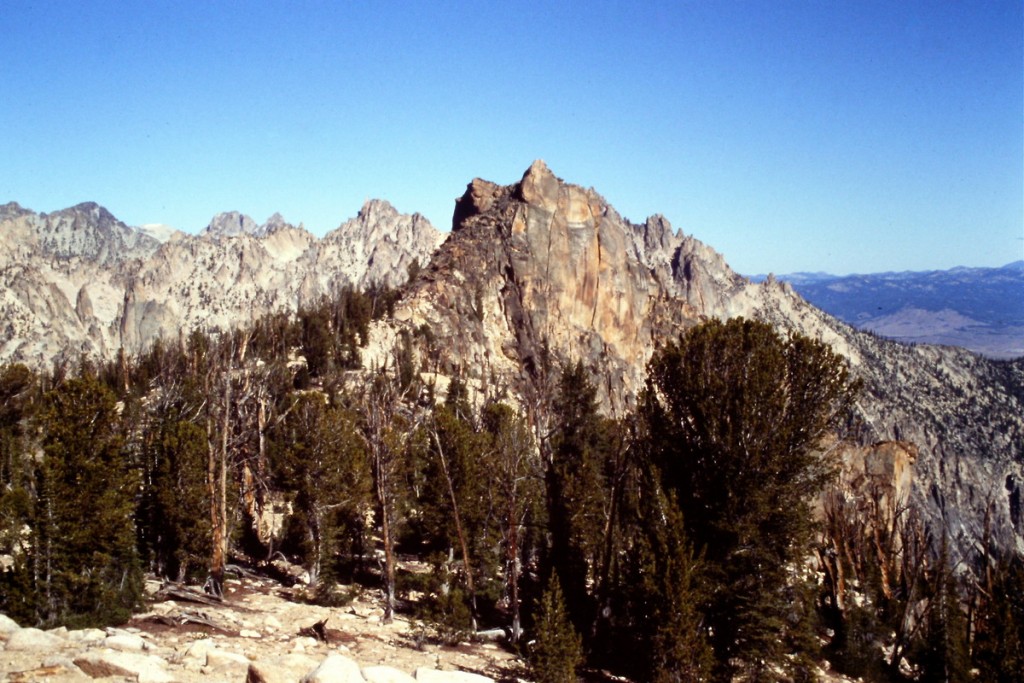 The West Summit of Elephants Perch as viewed from the East Summit. 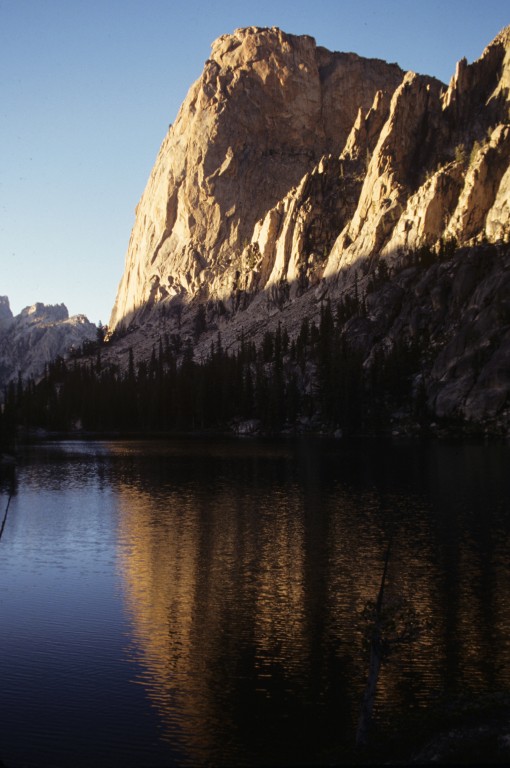 Elephants Perch as viewed from the first Saddleback Lake. 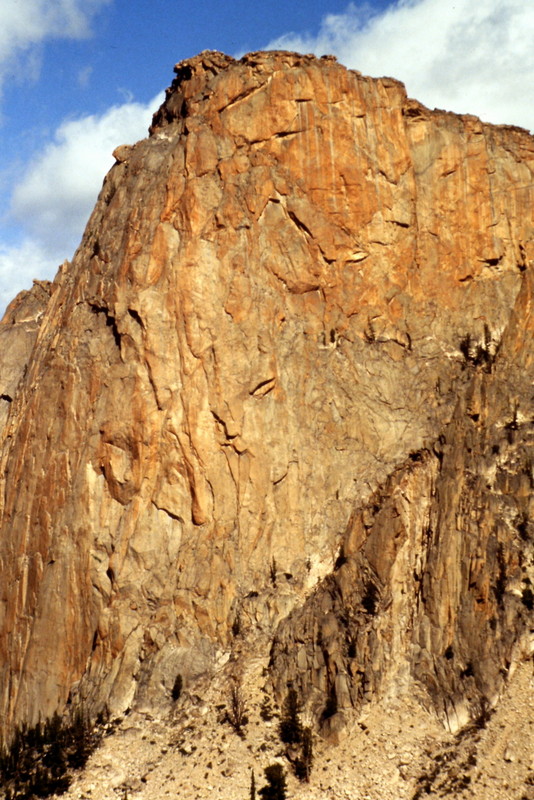 Elephant Perch as viewed from above Saddleback Lakes. 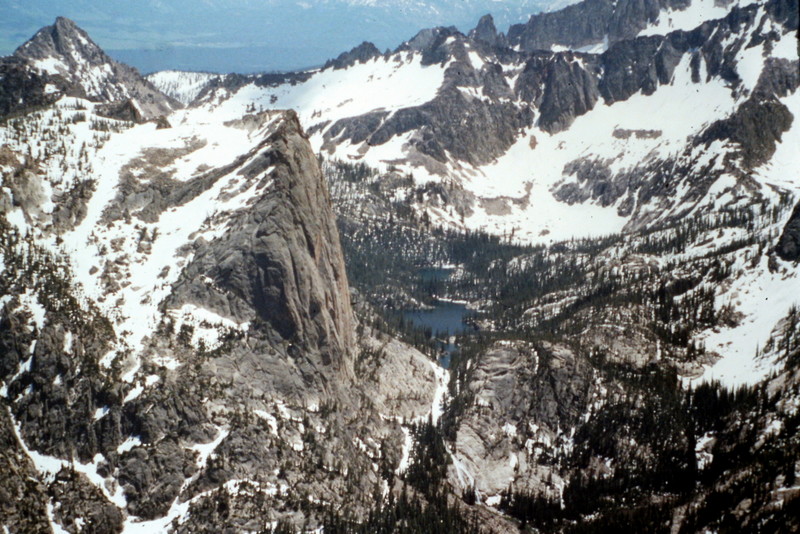 Finding your way to Saddleback Lakes involves using your route-finding skills. Access is discussed on Pages 206-207 of the book [see (A)(6)(b.2)]. Even with the description, the route can be difficult to traverse, especially in its lower stretches. Redfish Lake Creek will be difficult and dangerous to cross when the water is up. The lower forest changes at natures whim. Use a good topo map or GPS to aid your effort. I have posted two photos of the approach from 1994. Undoubtedly, the vegetation has changed since the shots were taken. 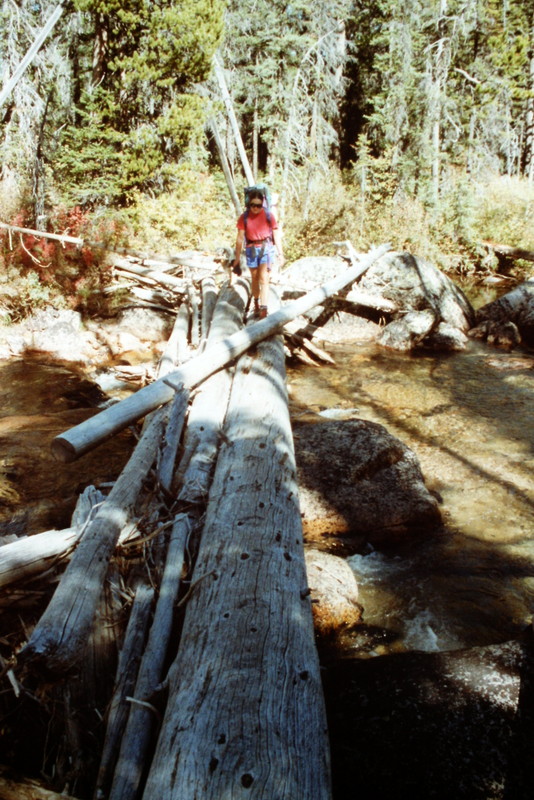 In 1994, there were large logs laying across Redfish Lake Creek and the crossing was easy in low water. 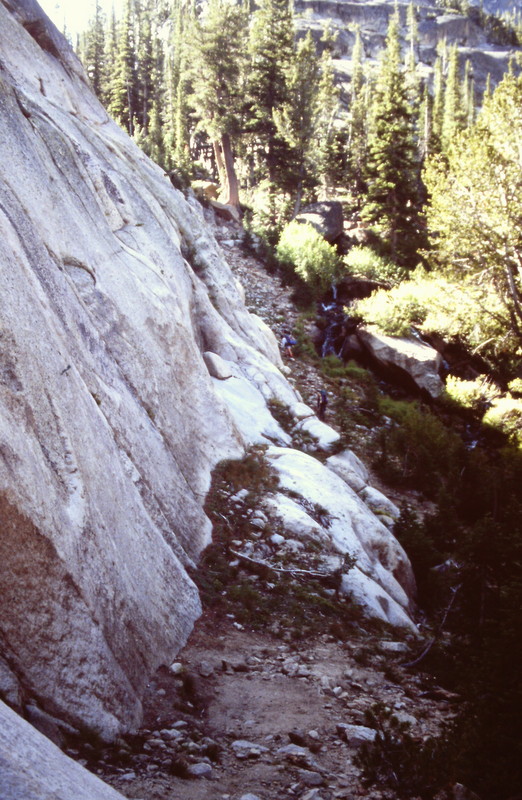 As you work out of the bottom land, use trails can be found that will lead you part of the way to the Saddleback Lakes. 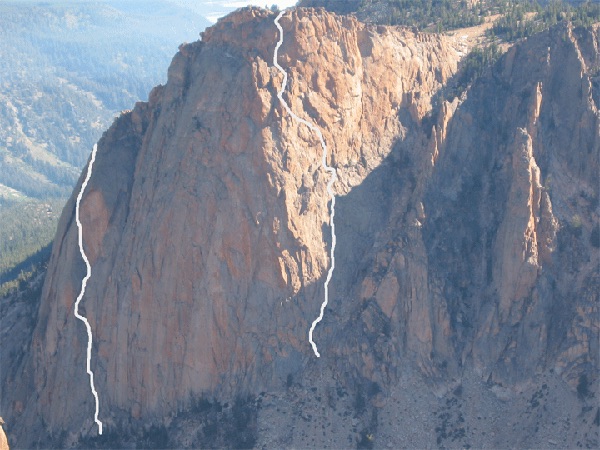 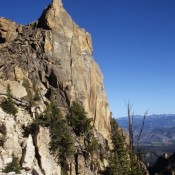 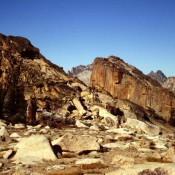 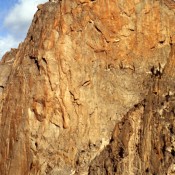 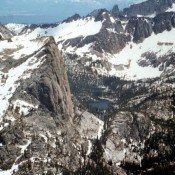 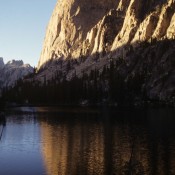 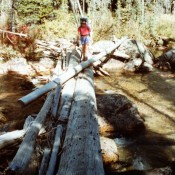 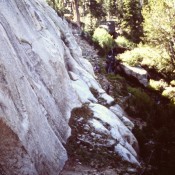