Freds Mound is an unranked hump located 1-1/2 miles due east of its higher ranked neighbor, Peak 7664. Contrary to what the USGS map may suggest, the north summit is the high point of Freds Mound not the more expansive south summit. The north summit has a massive 6–foot tall cairn atop it and is in semi-open terrain with forest nearby. The south summit is in open scrub terrain. USGS Trapper Peak 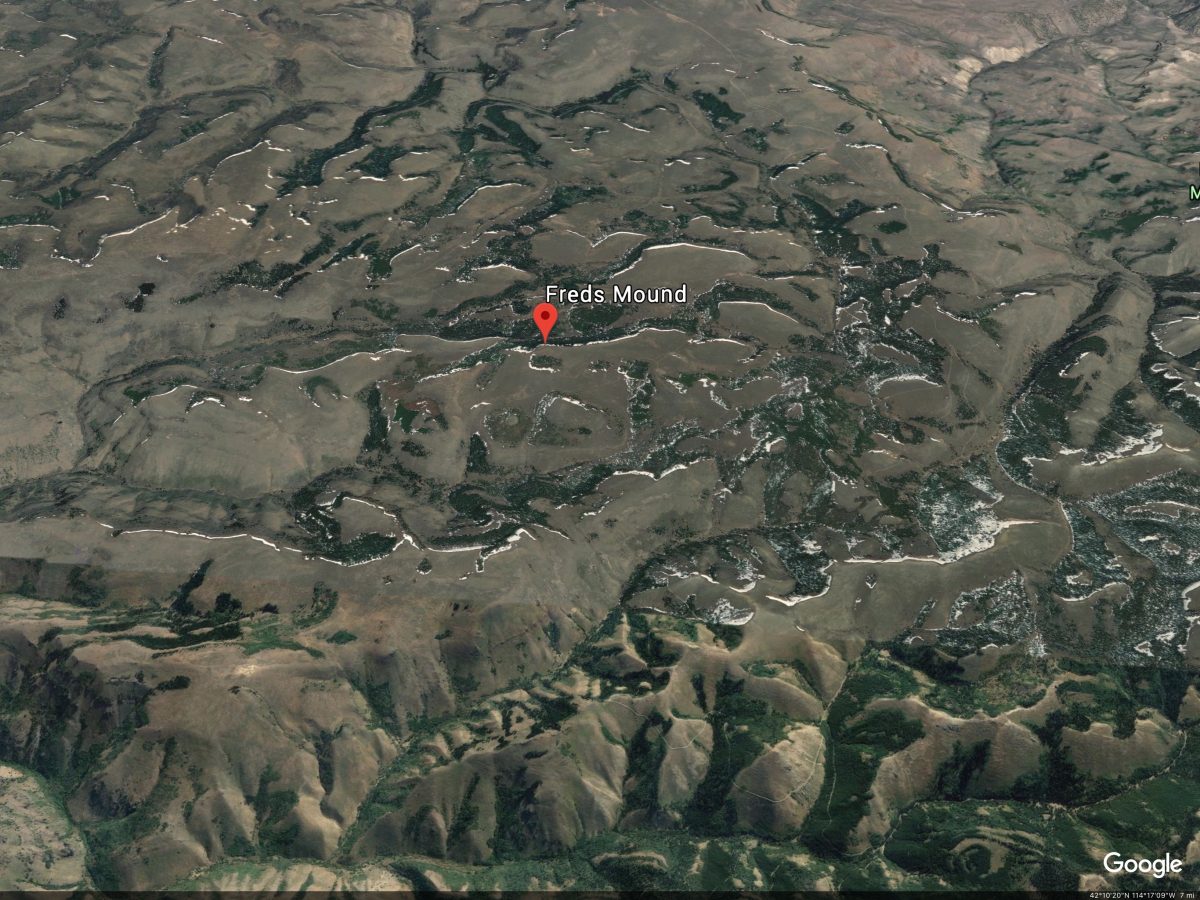 Park at base of FSR-591 just outside the entrance to Father and Sons Campground. The elevation here is 7,260 feet. Depending upon road conditions, you may be able to significantly shorten this hike by driving up FSR-591 and FSR-532 and parking closer to the east face or south ridge of Freds Mound.

Hike east then north then northwest up FSR-591 to a signed “T” junction with FSR-532. FSR-591 ends here. Go right/north here onto FSR-532 and follow it for about ¾ mile to an unsigned junction at a saddle area. Leave the main road and follow a spur road diagonally left/northwest to reach the thickly forested east face of Freds Mound. Visibility is nil here so it’s a bit of a guessing game as to where to leave the spur road, but don’t spend too much time on it. Leave the spur road and bushwhack west directly up the thickly forested slope to reach the open scrub terrain on the west side of the summit crest. I popped out about 100 yards north of the summit hump, then strolled south to reach the 6-foot cairn atop Freds Mound. The summit area is rather nondescript but is clearly the high point of this “ridge.” Thankfully, it is in open terrain with the forest nearby to the east.

Same as for the east face

From the summit of Freds Mound, do a cross-country trek southward across relatively easy open scrub. Drop about 40 feet to a saddle then climb about 30 feet to reach the [slightly-lower] south summit. Continue southward from the south summit to intercept FSR-532. Follow FSR-532 eastward to reach its junction with FSR-591 then follow FSR-591 back to its base at the Father and Sons Campground. The south ridge is far easier than the bushwhack-intense east face.