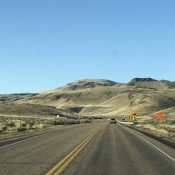 This peak is not in the book. Published April 2020

French John Hill is located west of US-95. The Idaho section of the Owyhee Mountains west of US-95 are part of 2 high plateau-like, rolling tablelands which are separated by Sands Basin. There are 3 ranked peaks and 4 unranked peaks found in this area. French John Hill is the most distinctive of these summits. The peak name honors “French” John Carey who built the French John Road in the early 1870s. USGS Jump Creek Canyon 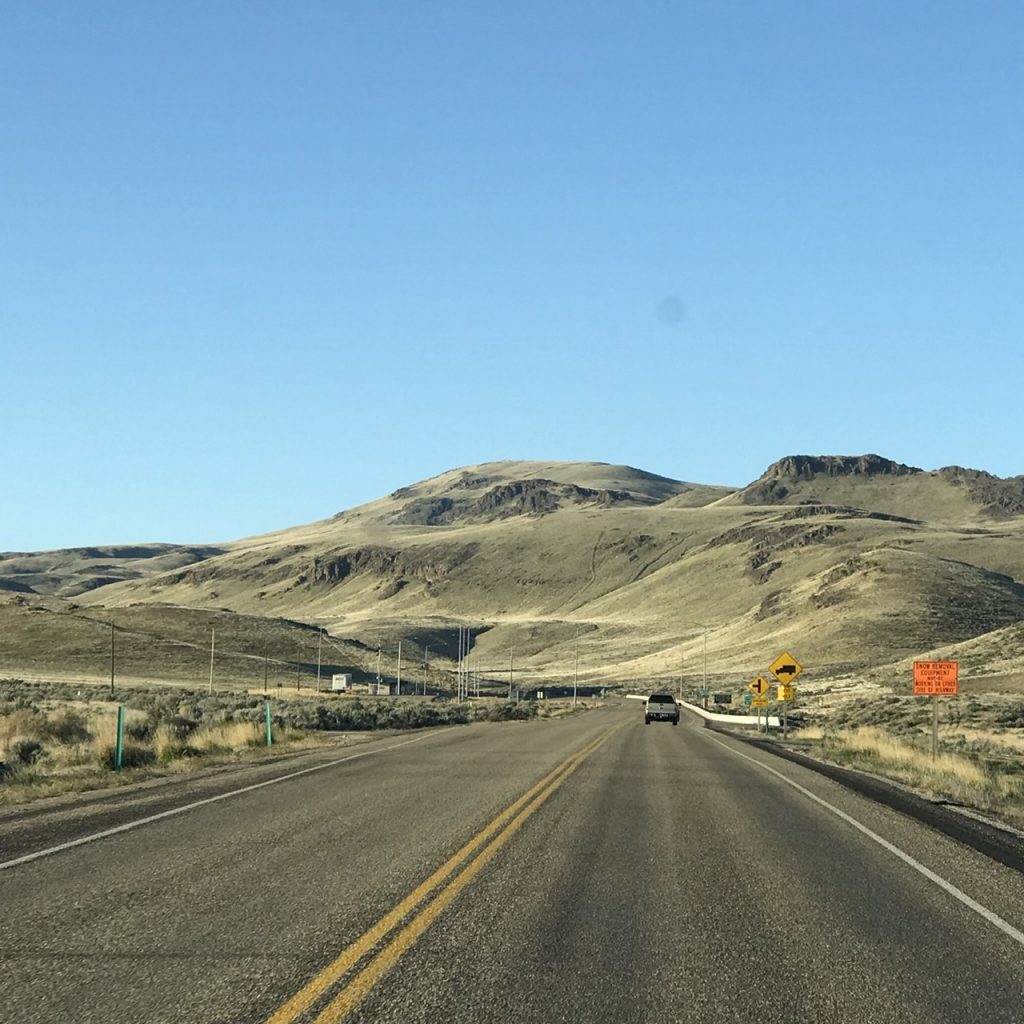 The lower slopes of French John Hill as viewed from the north.

There is a 4WD road that accessesthe peak from the north but I have not tried that route. The recommended route is from the south. To reach the peak, drive 16.1 miles south of the ID-55/US-95 junction (just east of Marsing, ID and turn west onto [unsigned] Sand Basin Road. Follow this road west to the first fork on your right in roughly 0.3 miles. This unmarked junction is the beginning of French John Road. Follow this road north into a draw. The road climbs the draw and brings you to the top of the plateau. Continue north for 6.8 miles and park at a nearly invisible junction usually marked by a salt block and a gathering of cattle. A 4WD and dry conditions are recommended. 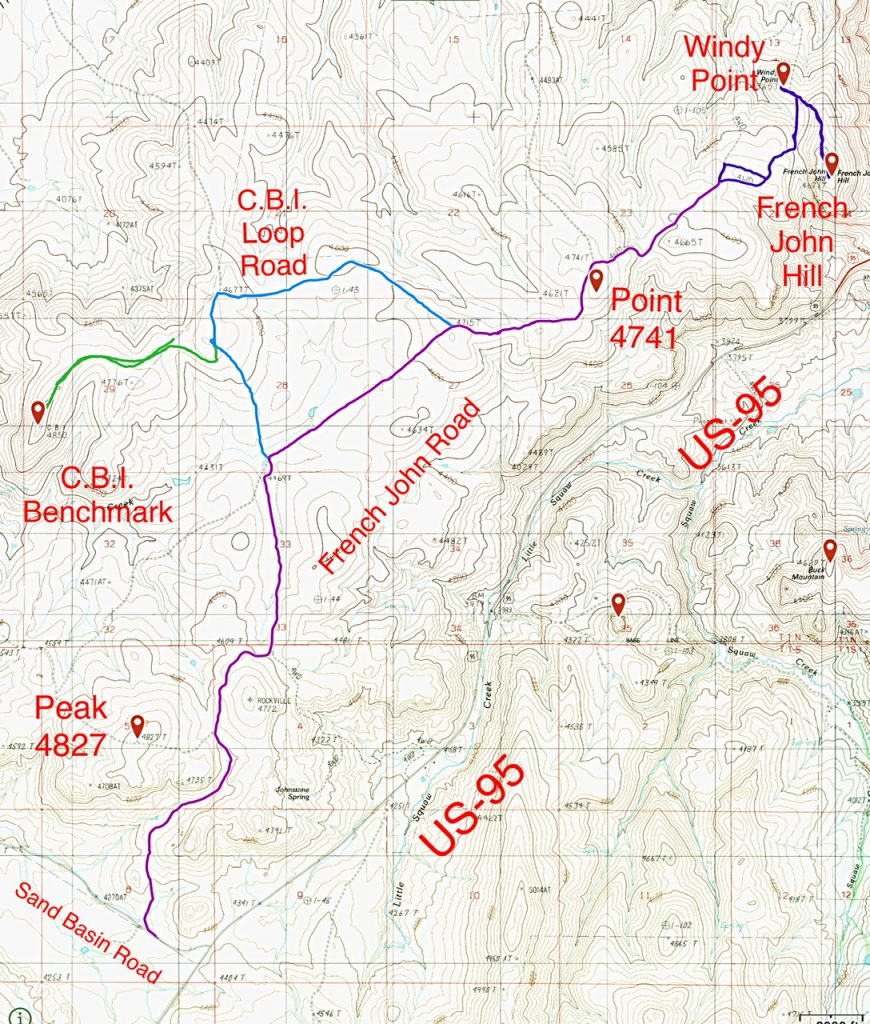 This map provides an overview of the roads and peaks on the plateau. 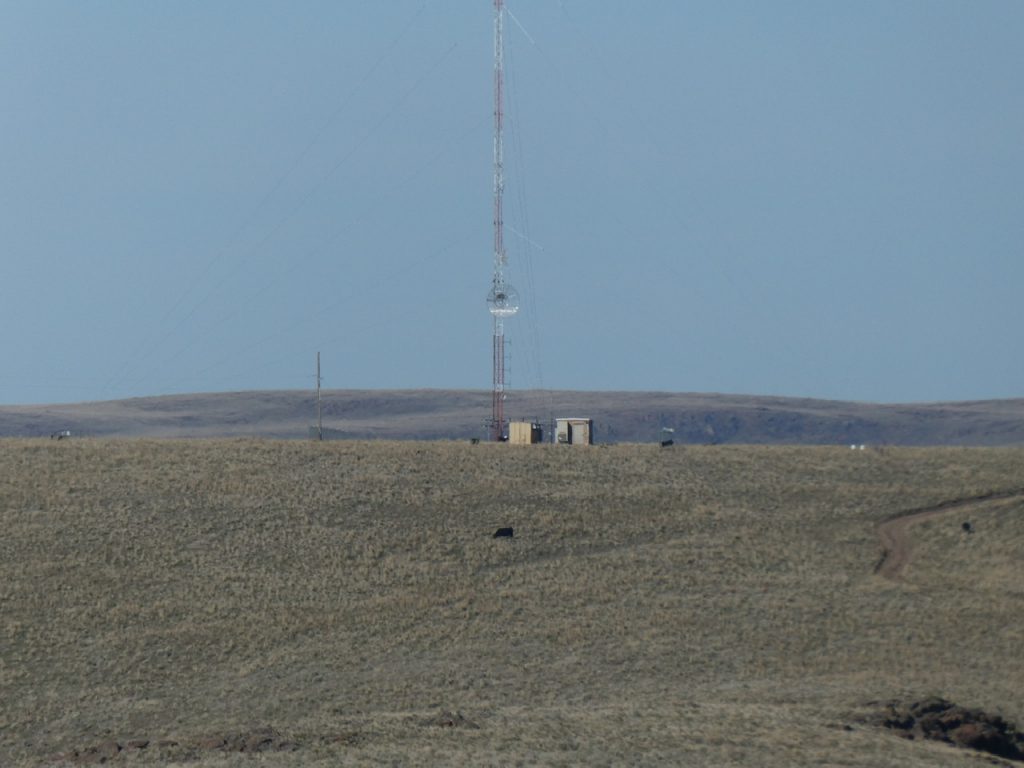 Point 4741 is the highest point along the drive. 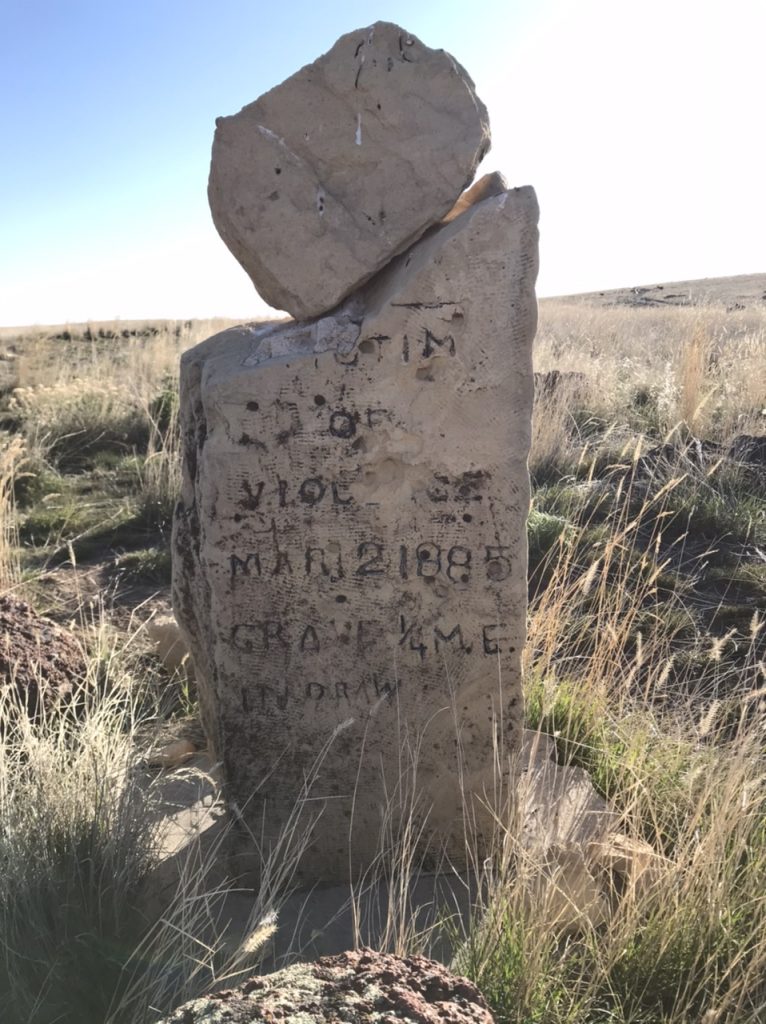 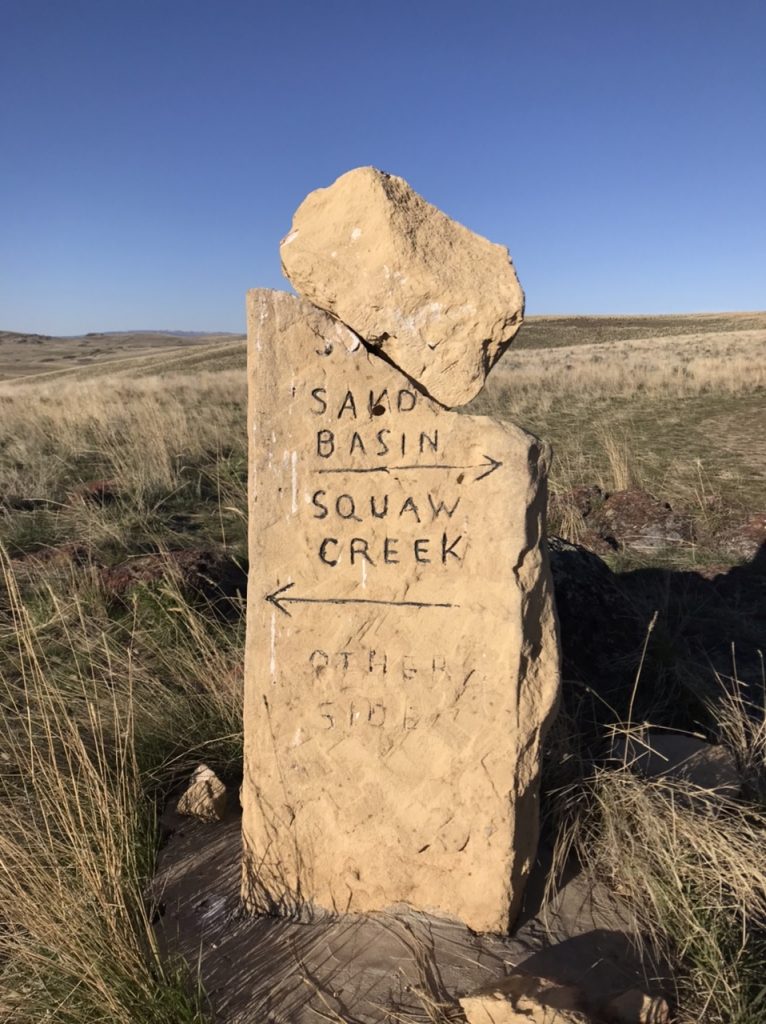 This is the north side of the marker.

A seldom-used 2-track leaves the junction and heads off across a sagebrush flat toward the summit. Follow this track which drops down to an intervening saddle. From the saddle, the track turns north and climbs up to the saddle between French John Hill and Windy Point. Turn right and follow the road up the peak’s broad West Ridge to the summit. The high point and register are just east of the road. 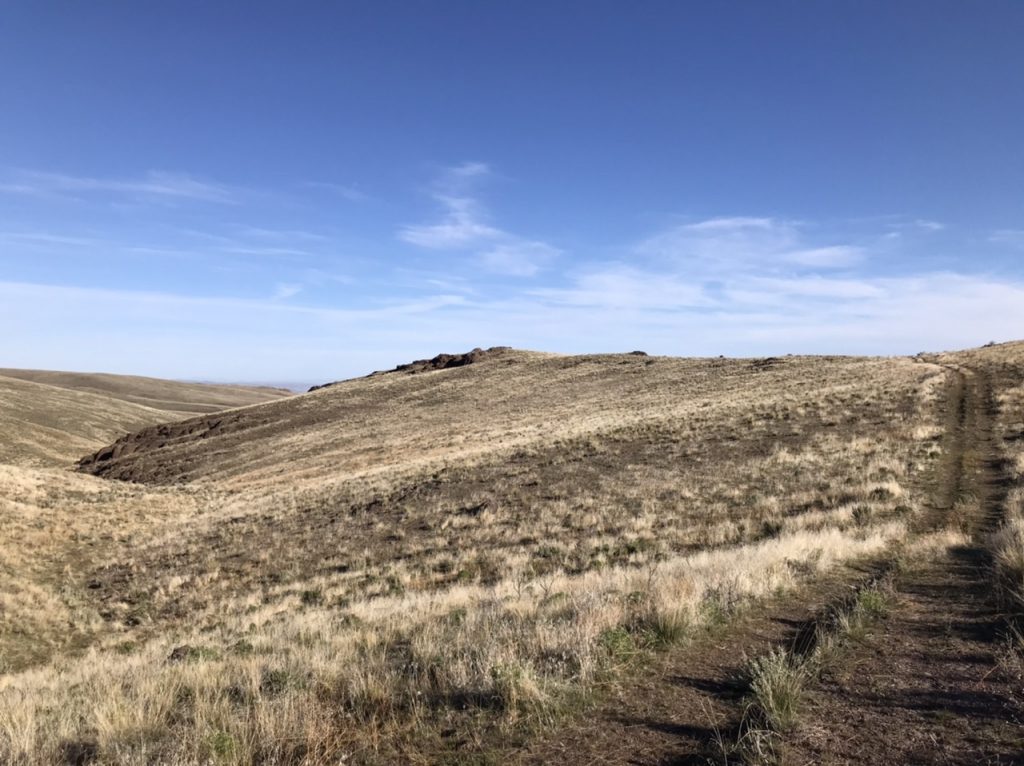 Windy Point, viewed from the south, has a whopping 25 feet of prominence. 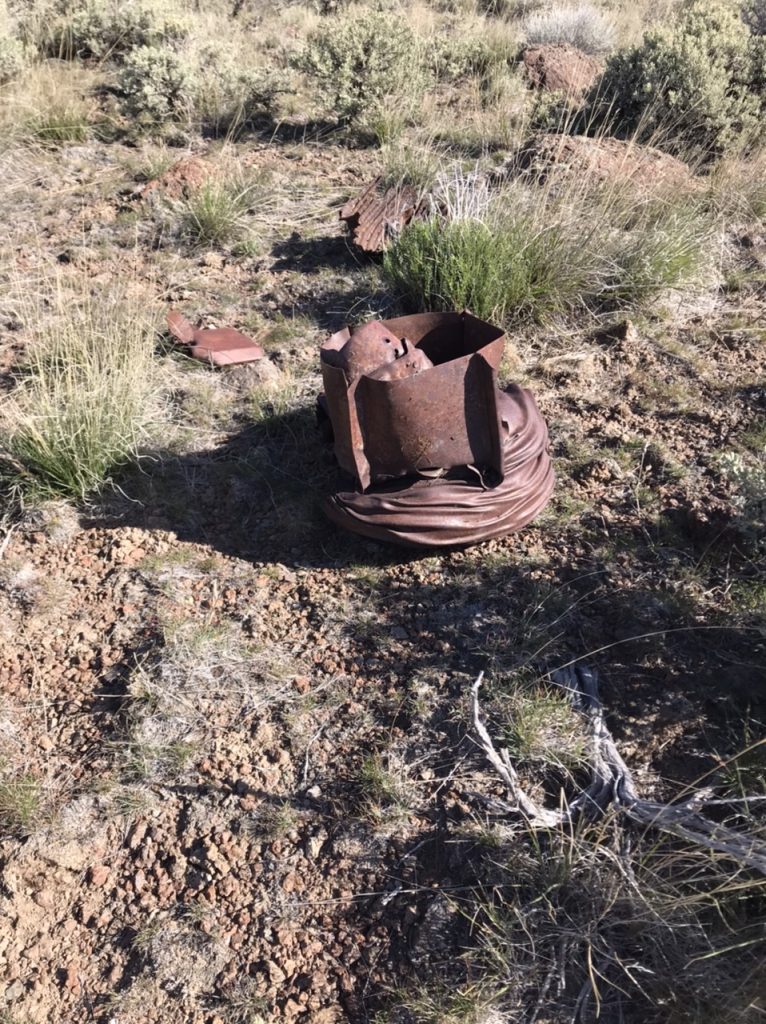 There are several of these metal relics on the summit. I am not sure what they are.