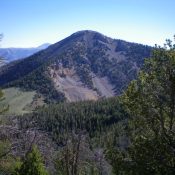 Climbing and access information for this peak is on Page 327 of the book. Published November 2020 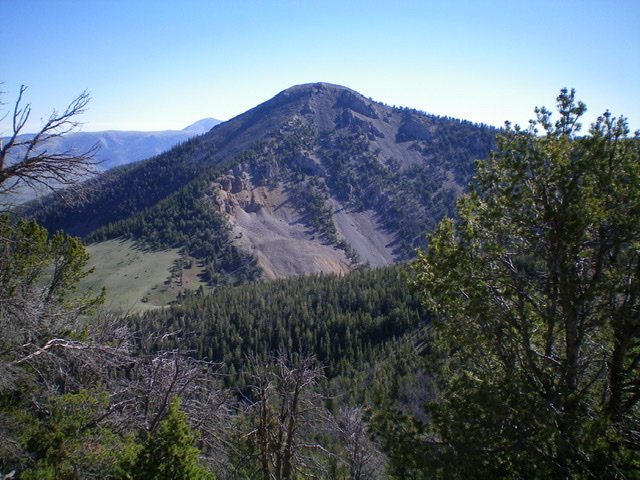 Same as for Peak 8773. This climb is the second leg of a three-peak odyssey that begins along Webber Creek Road/FSR-196. 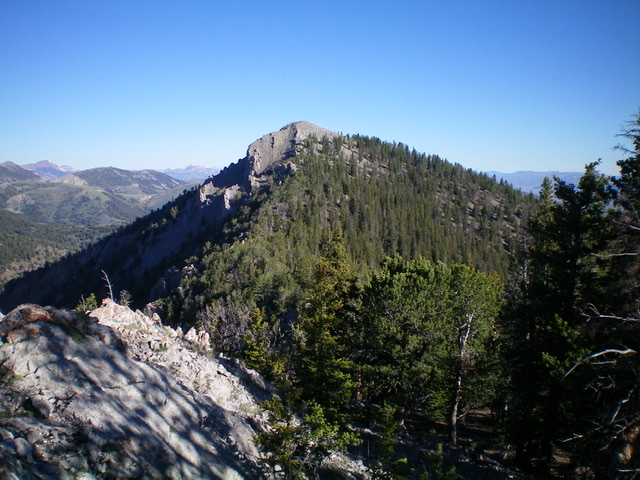 From the 8,300-foot connecting saddle with Peak 8773, bushwhack west up through steep but easy, open pine forest (not much blowdown) with diagonal elk trails to help. Once you reach the crest of the southeast ridge, scramble along it in magnificent, open forest initially. Stay on the right/north side of the ridge crest for the easiest going. Higher up, the ridge becomes rocky and more of a chore with rocky outcrops and trees mixed in. Descend 160 vertical feet though a thicker section of forest (with rocky outcrops to skirt on the right/north side) to reach a ridge saddle. Scramble northwest up a final rocky section to reach the rocky, open summit of Fritz Peak. 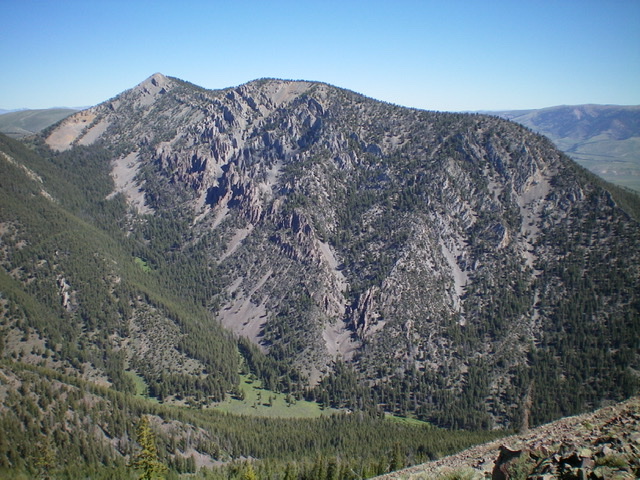 Fritz Peak and its rugged southwest face as viewed from the south. The summit is left of center and its magnificent southeast ridge is on the skyline. Livingston Douglas Photo

From the summit, look down the upper west face and the choppy southwest ridge that emerges from it. It is intimidating. The contours on the USGS map make this look like a docile descent route, but it is anything BUT docile. Descend west-southwest down a very steep, loose face section of talus/scree and rocky ledges/outcrops. This section should not be taken lightly and it is the crux of the descent (Class 3). None of the rock here can be trusted. 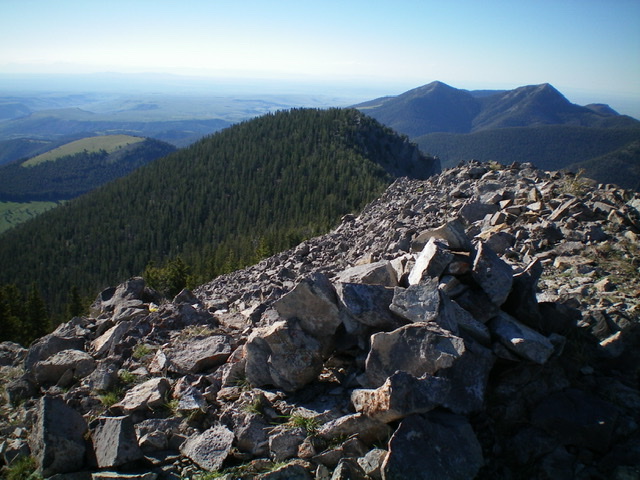 Farther down the face/ridge, pine trees join the mix (a good thing) and provide some stability. The slope eases at the same time. The ridge becomes well-defined here and curls left-ish/southwest to descend through a tedious mix of forest and rocky outcrops to reach a gentle, blessed open saddle of field grass at 8,693 feet. The descent requires over 1,000 feet of vertical drop in a half-mile. It is STEEP. This concludes the second leg of today’s three-peak journey. Peak 9855 is up next. 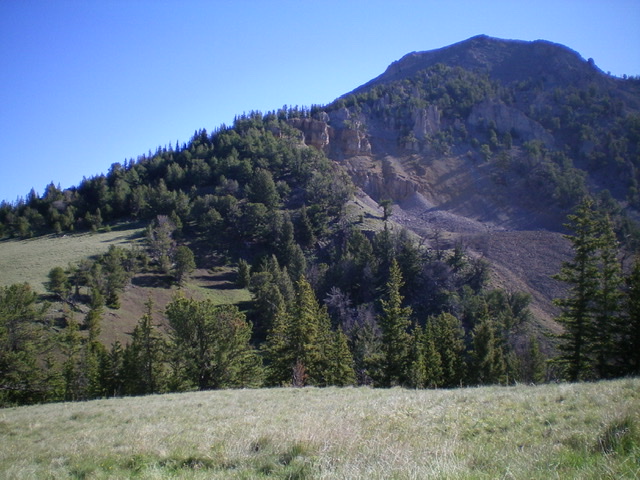 The rugged southwest ridge of Fritz Peak (lower left to upper right) as viewed from Saddle 8693 at its base. Livingston Douglas Photo