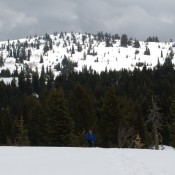 This peak is not in the book because of nearby roads. However, before the snow melts it is a good peak to ski or snowshoe.

I snowshoed up this peak with John and Tom Platt and Brian Mahon in 2009. It is a long hike with a bunch of elevation gain when you start from Banks, Idaho. We parked near the South Fork bridge, crossed the road and started up steeply toward Peak 3668. After reaching the summit, we found that climbing down the north side of the peak actually involved climbing. At the base of Peak 3668 we continued climbing up the ridge walking on short, green grass until we reached snowline. The ridge climbs steadily for most of the way. However, there is some up and down for the last 500 feet of elevation gain. Our round trip statistics were 15.0 miles with 5,700 feet of gain. Class 2 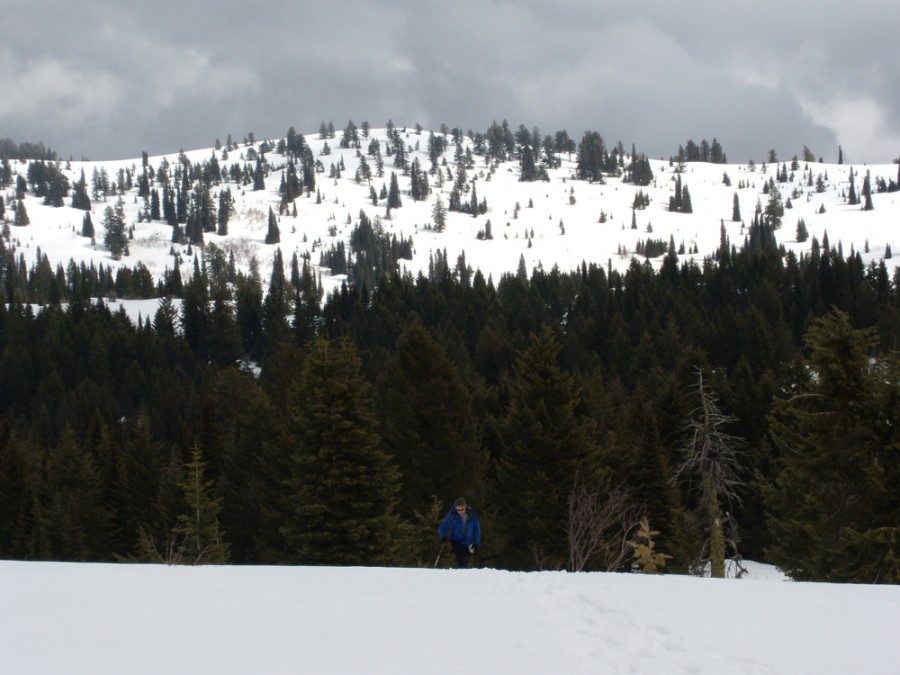 The summit of Garden Peak. 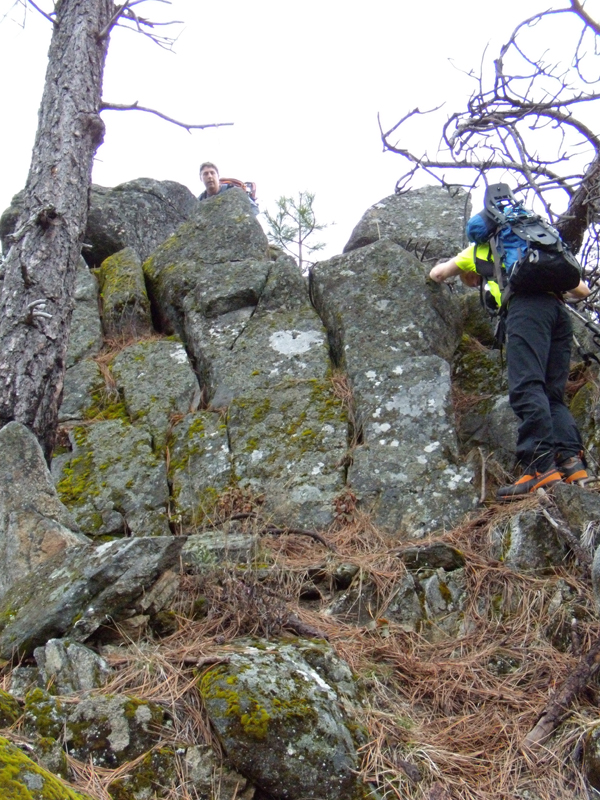 The difficult descent off Peak 3668. 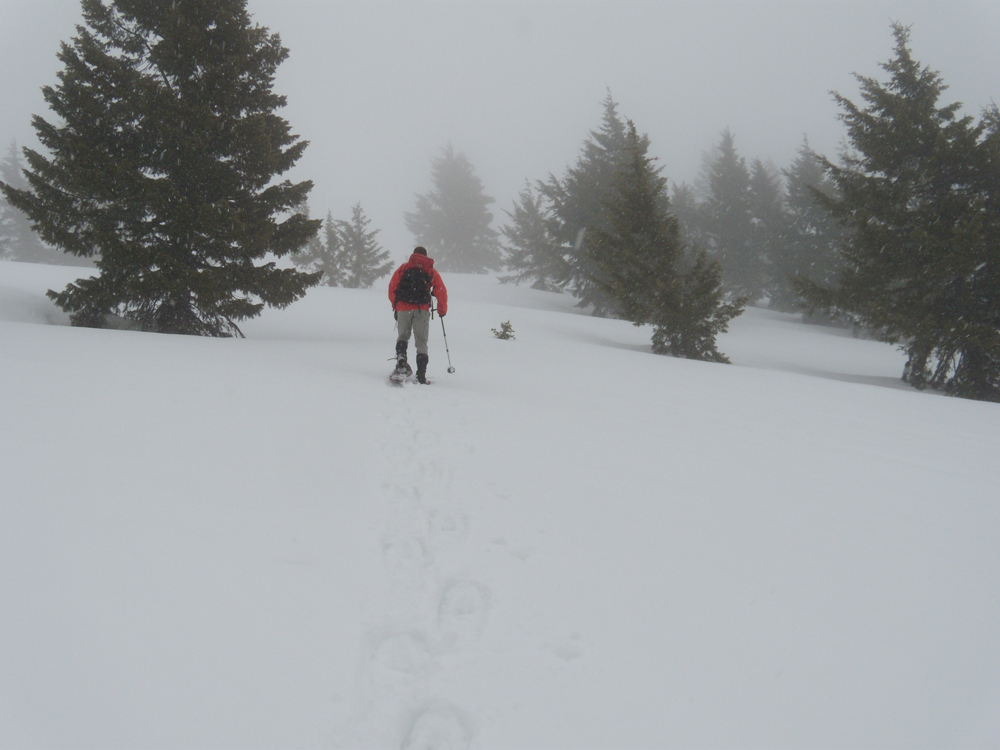 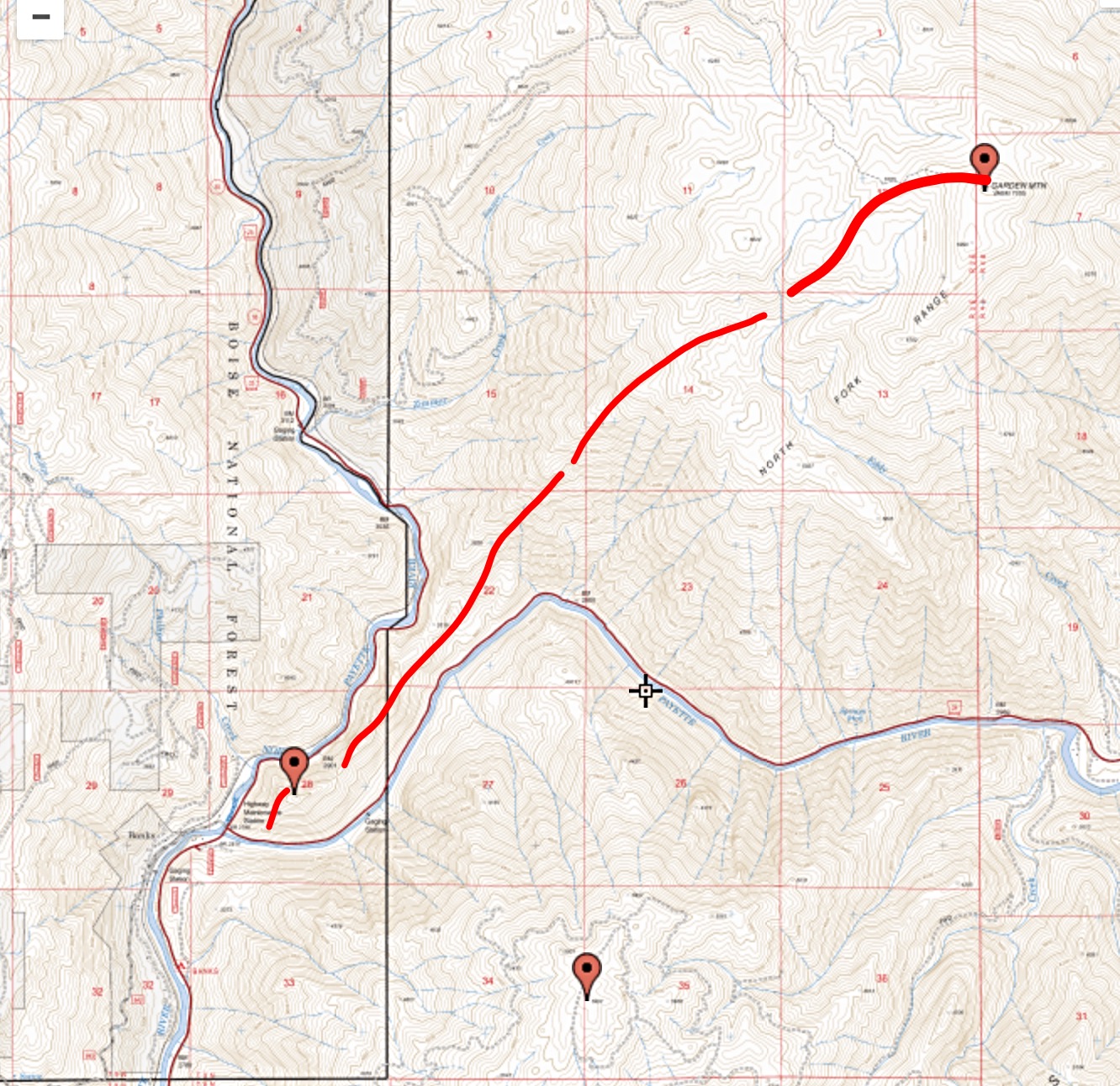 The approximate route of our snowshoe trip to the summit in 2009. 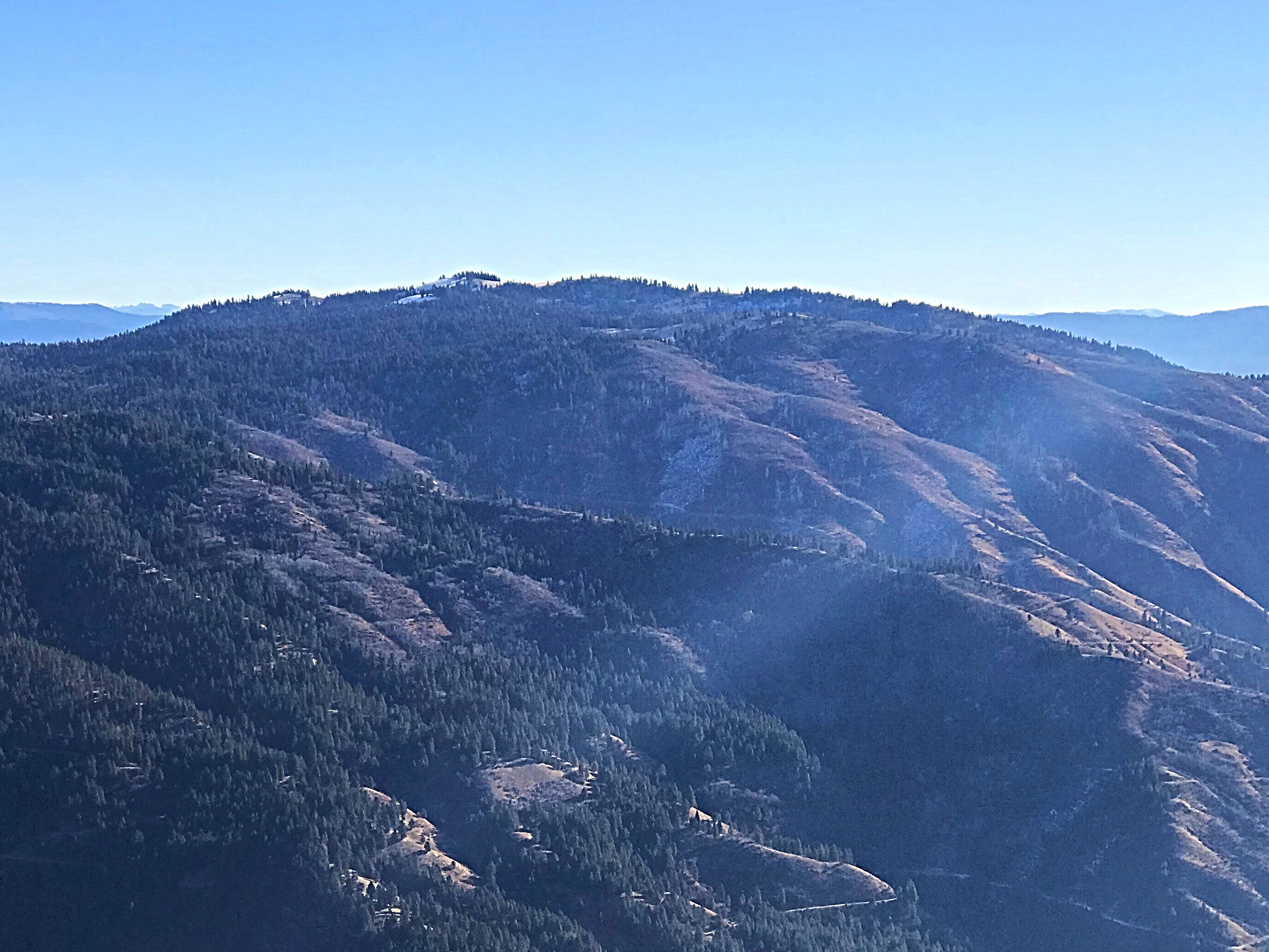