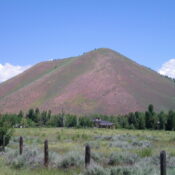 Gimlet Benchmark is located along ID-75 north of Hailey, just south of the bridge crossing of the Big Wood River. This area is a mix of private and public land, so be careful. Most of Gimlet Benchmark is on public land but almost all of the low land is private so access is tricky. But there is a way to do this climb from ID-75 and remain on public land for the entire climb. Consult a land management map to stay legal (see the map below). USGS Hailey 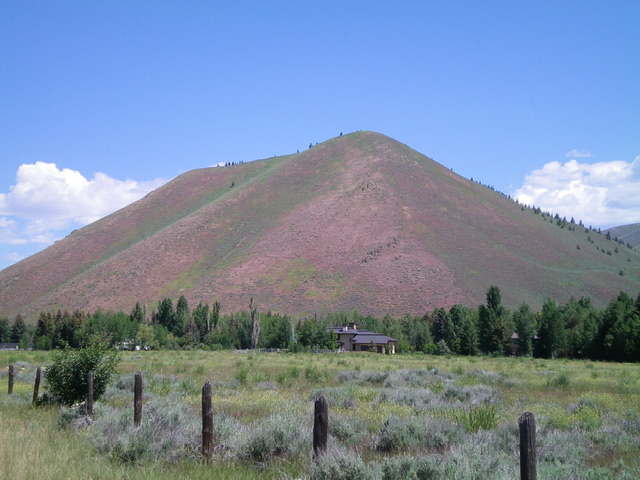 Gimlet Benchmark as viewed from the south. Livingston Douglas Photo

From ID-75 just south of the bridge crossing of the Big Wood River, park in a pullout south of the bridge on the east side of the highway at the beginning of a guard rail that leads to the bridge crossing. BLM land reaches the highway at a corner here. There are no fences or signage nearby so it seems as though the private land nearby is probably owned by Blaine County. This pullout is at 5,555 feet. GPS coordinates: 43⁰35’47”N, 114⁰20’45”W. 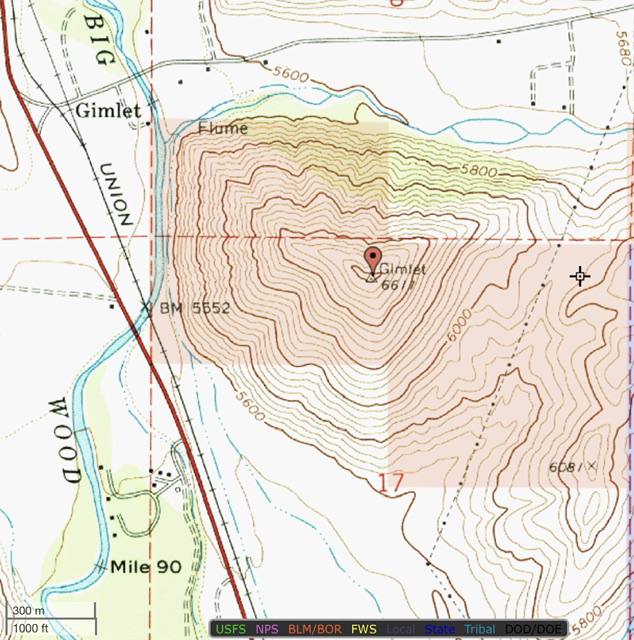 BLM land is colored tan on this map

From the roadside pullout, head east-northeast and quickly cross two dry gullies, an old railroad grade, and a paved bike path to reach the base of the southwest shoulder. Scramble steeply northeast up through thick vegetation with lots of loose scree/gravel underneath to reach shorter, easier vegetation higher up. Grind your way northeast to reach the crest of the narrow west ridge. Head right/east onto the ridge and follow a narrow footpath to the small summit of Gimlet Benchmark. The summit has a survey marker (metal post) and two summit cairns. It offers a splendid view of the lakes of Golden Eagle and Gimlet down below. 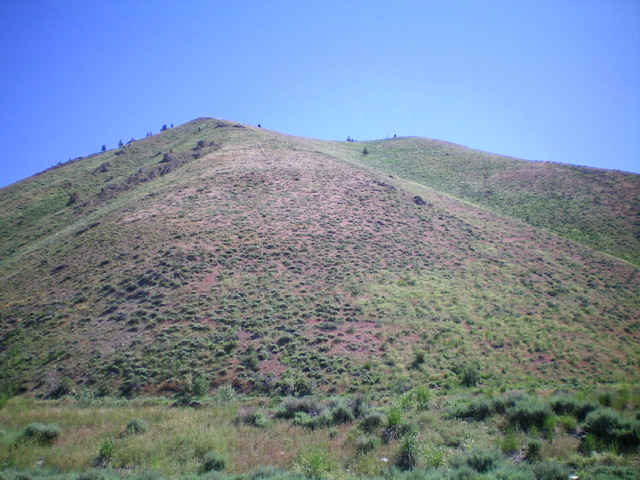 Gimlet Benchmark (summit is right of center) and its steep southwest shoulder (left of center) as viewed from its base. This was my ascent route. Livingston Douglas Photo 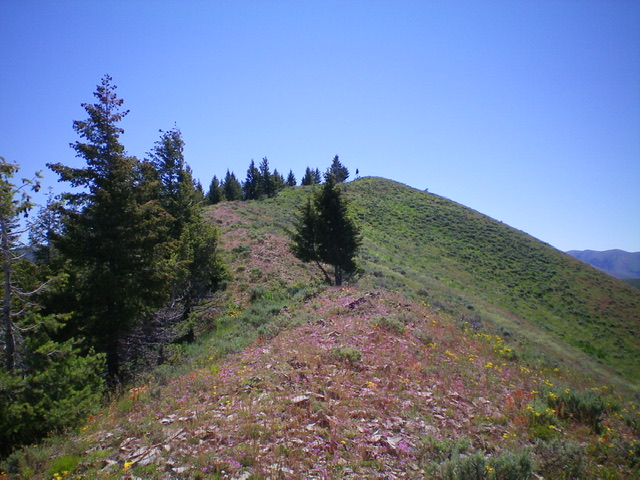 The final push up the west ridge of Gimlet Benchmark. The summit hump is in dead center. Livingston Douglas Photo 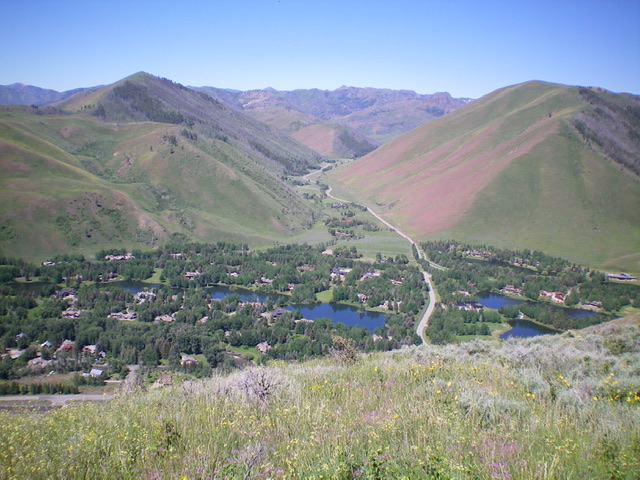 Summit view from Gimlet Benchmark. The beautiful lakes of Golden Eagle and Gimlet are down below. Livingston Douglas Photo