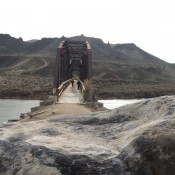 This peak is not in the book. Livingston Douglas contributed two additional photos to the initial entry. Updated November 2022

Guffey Butte is located along the the Snake River southwest of Kuna, Idaho. This small butte has excellent paved access. Search for Celebration Park on Google Maps for directions. There are exceptional views of the Owyhee Mountains and the Snake River from the summit. 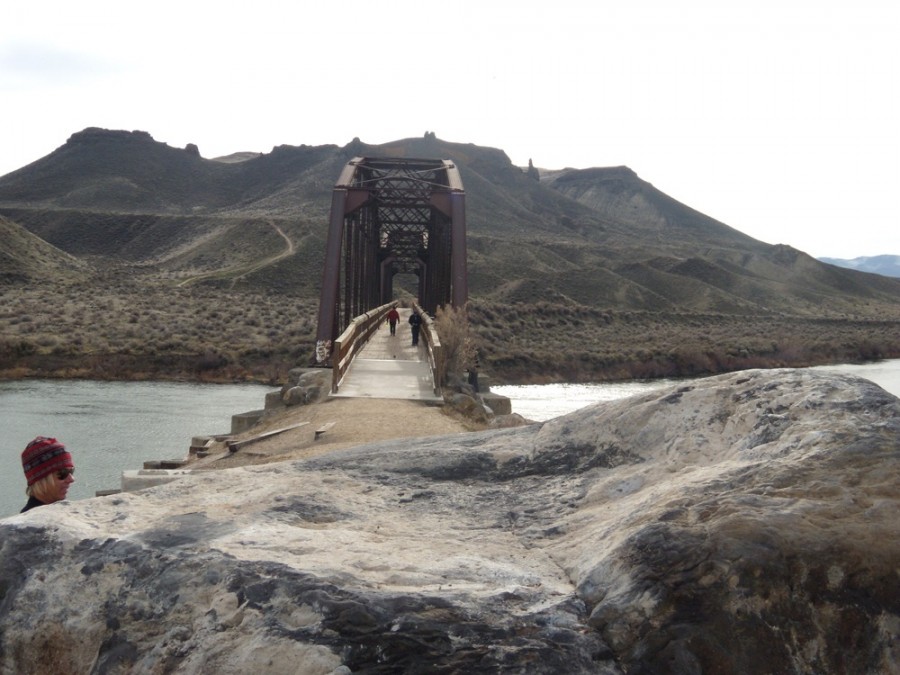 Guffey Butte as viewed from Celebration County Park. The high point is not visible in this photo. It is located behind the right high point. John Platt Photo

Guffey Butte has a rocky ridge of volcanic rock about halfway to the summit. There are some interesting formations, such as in the first picture. It’s not really an arch, but is more like a 2-foot diameter hole through the base of an enormous rock . You can actually see this rock in my second photo; it’s the huge square-ish rock just right of center in the photo. The second photo was taken from the top of the rocky ridge. Climbing it is not necessary to reach the summit, but I have a hard time resisting Class 3 terrain. The path to the summit cuts through the photo from right to left. The 3rd photo is the large cairn on the summit, facing to the south. There’s an ammo can there with a notebook. 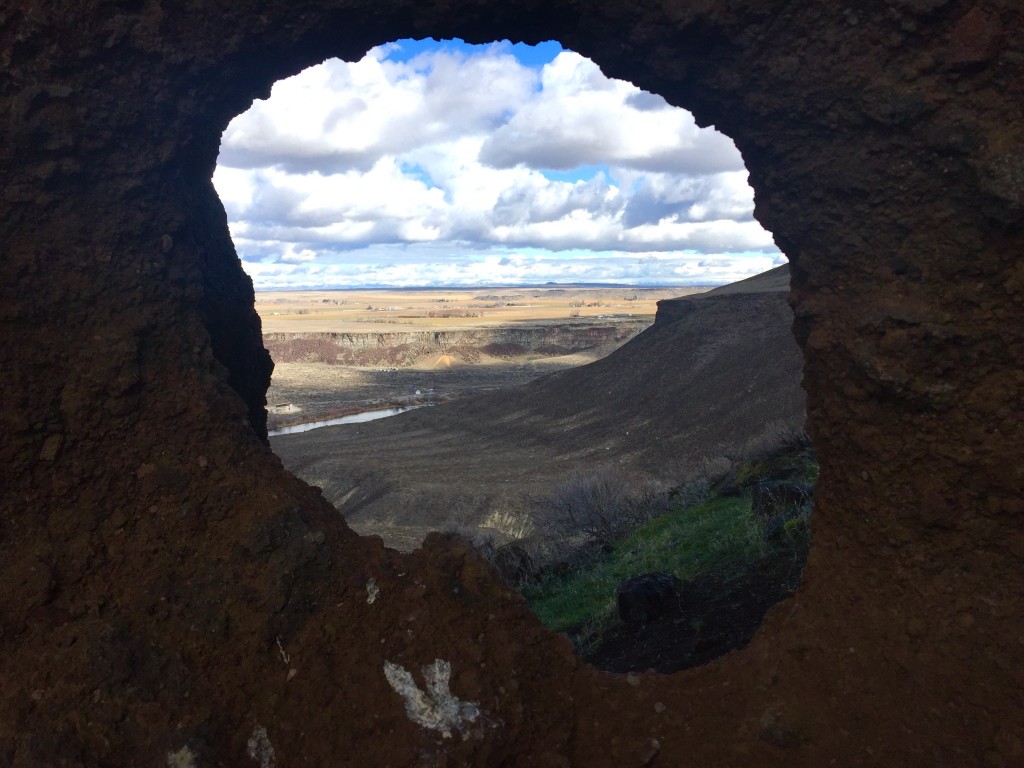 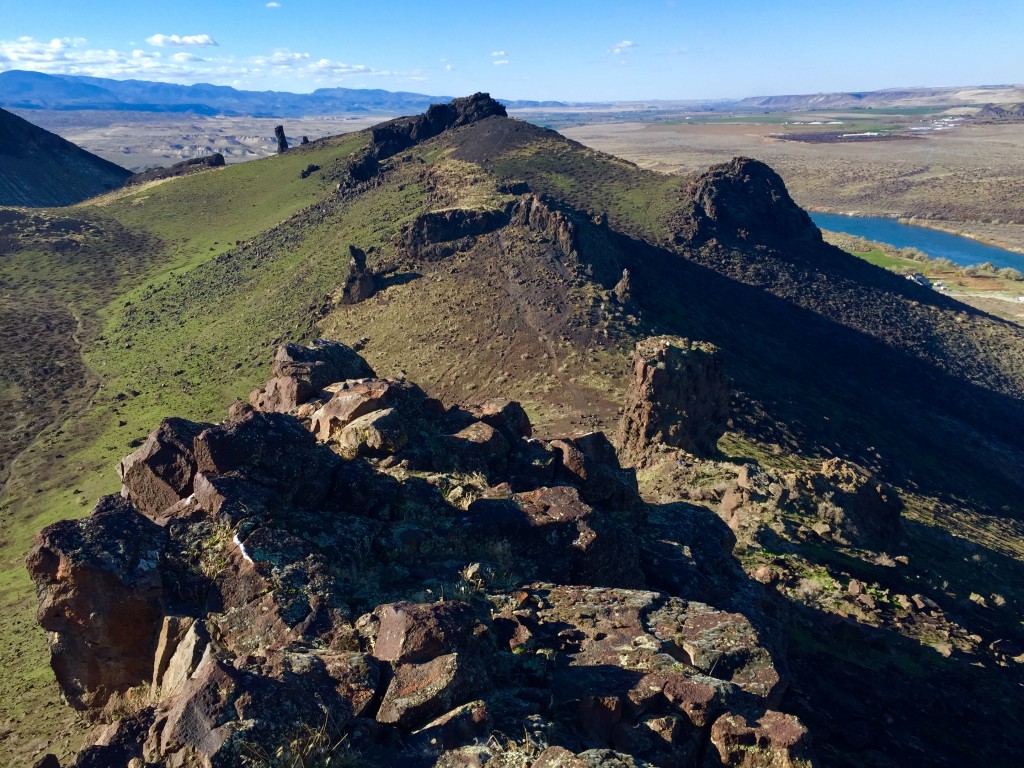 The volcanic ridge halfway to the summit. Dan Krueger Photo 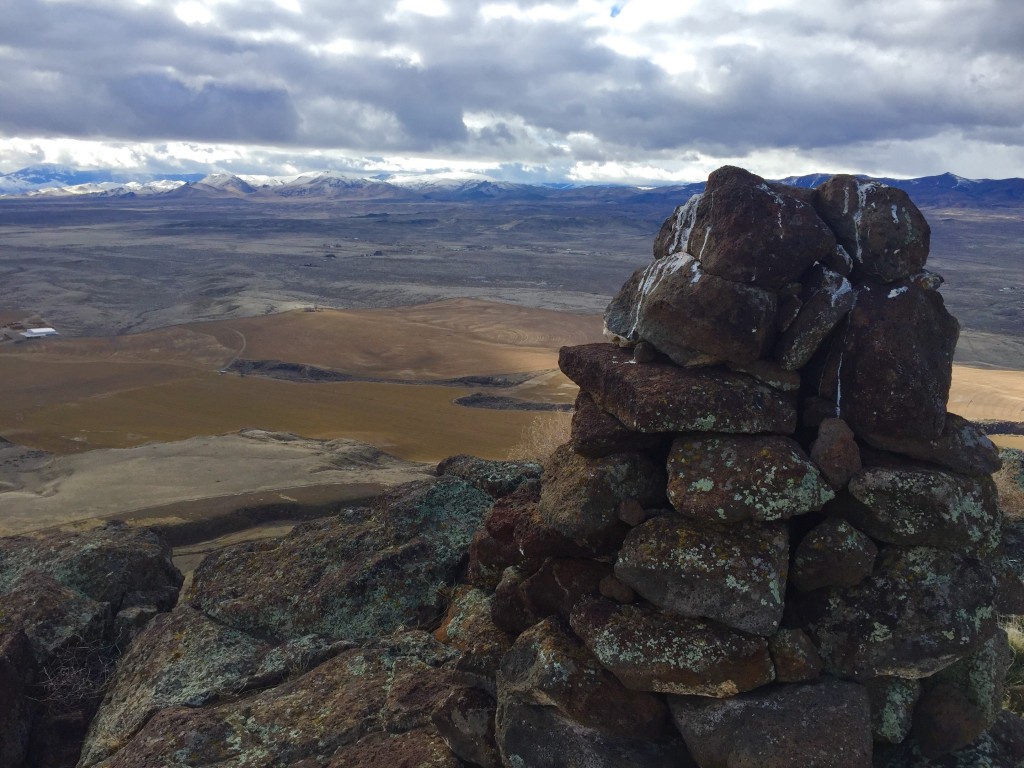 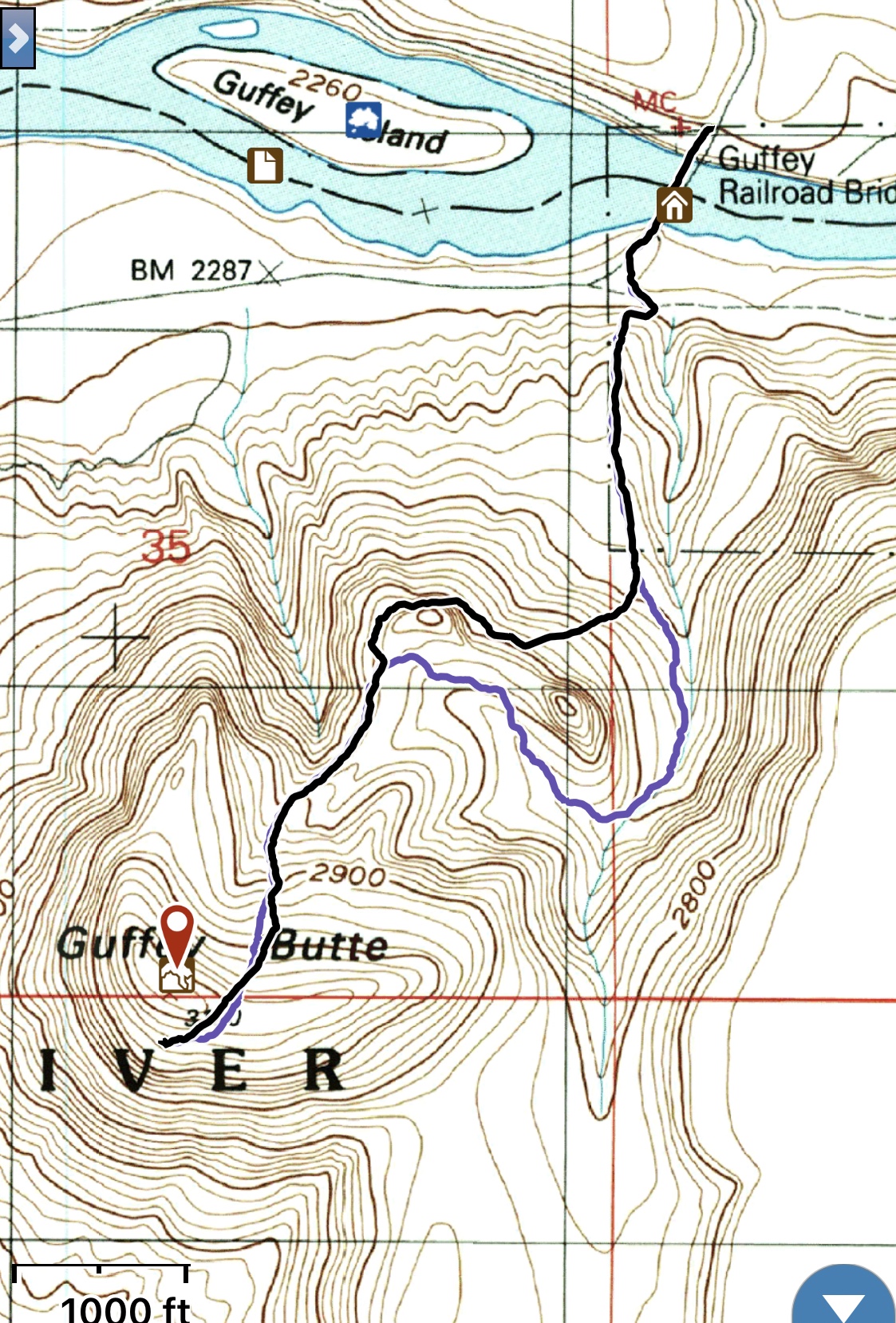 My GPS track following use trails most of the way to the summit. Trip stats: 3.3 miles with 882 feet of elevation gain. 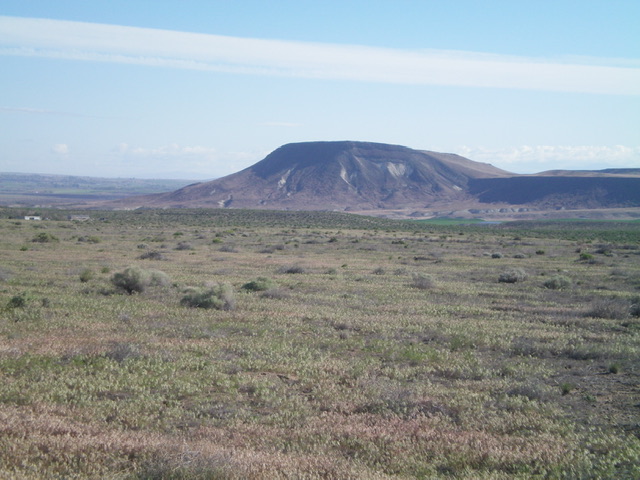 Guffey Butte as viewed from ID-78 to its southwest. Livingston Douglas Photo 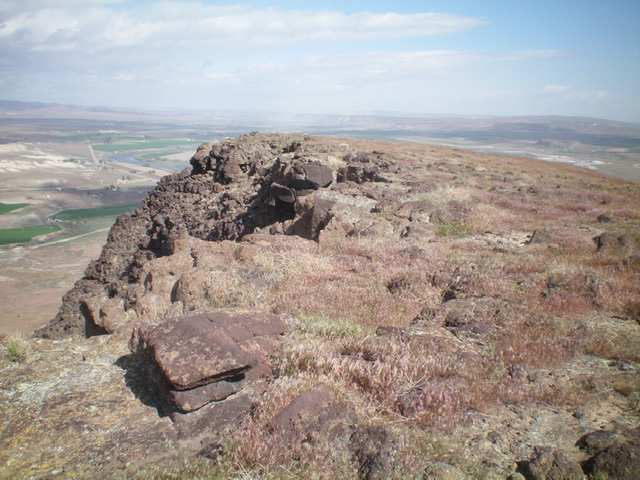 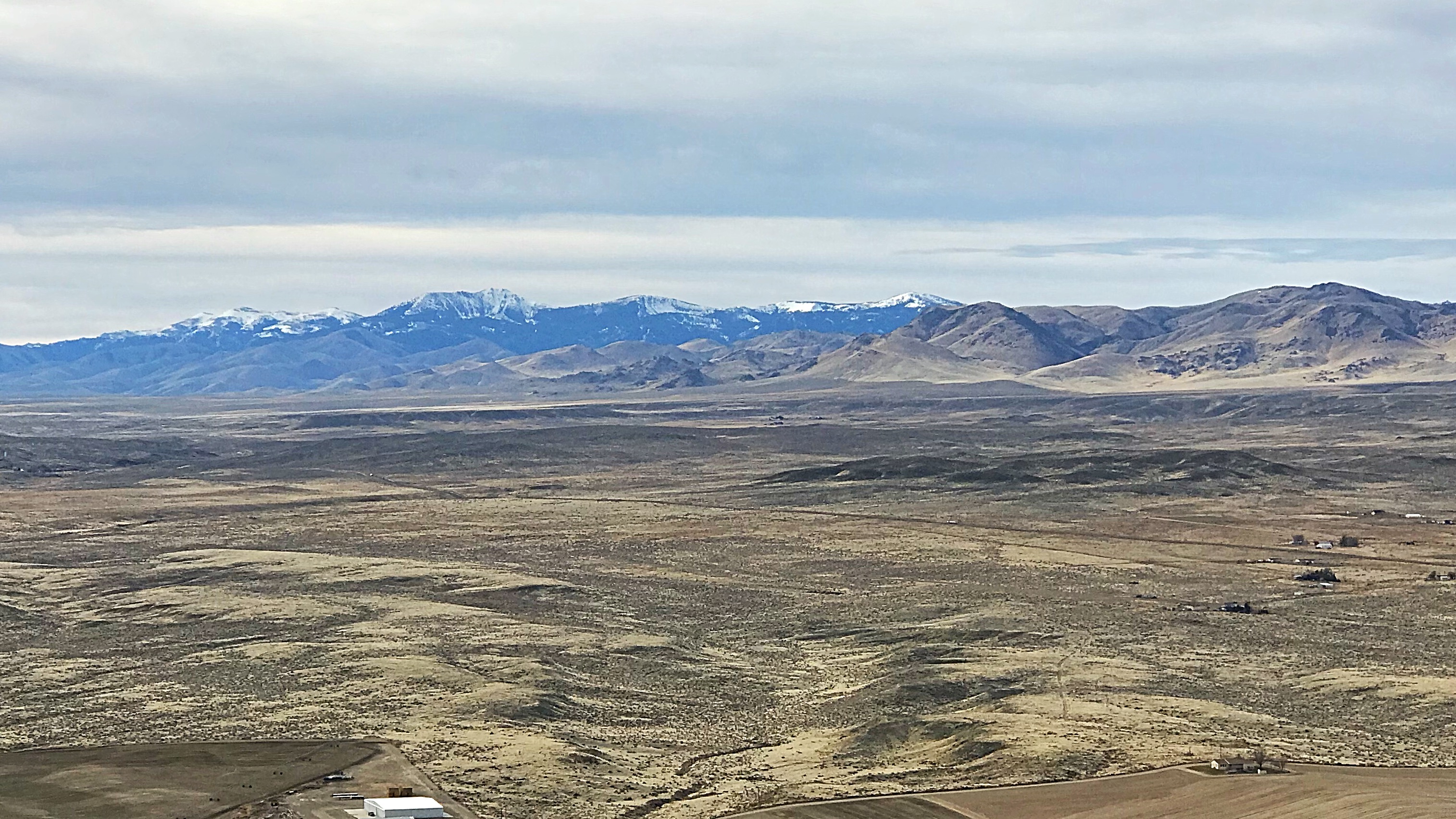 Looking south to the Owyhee Mountains from the summit. 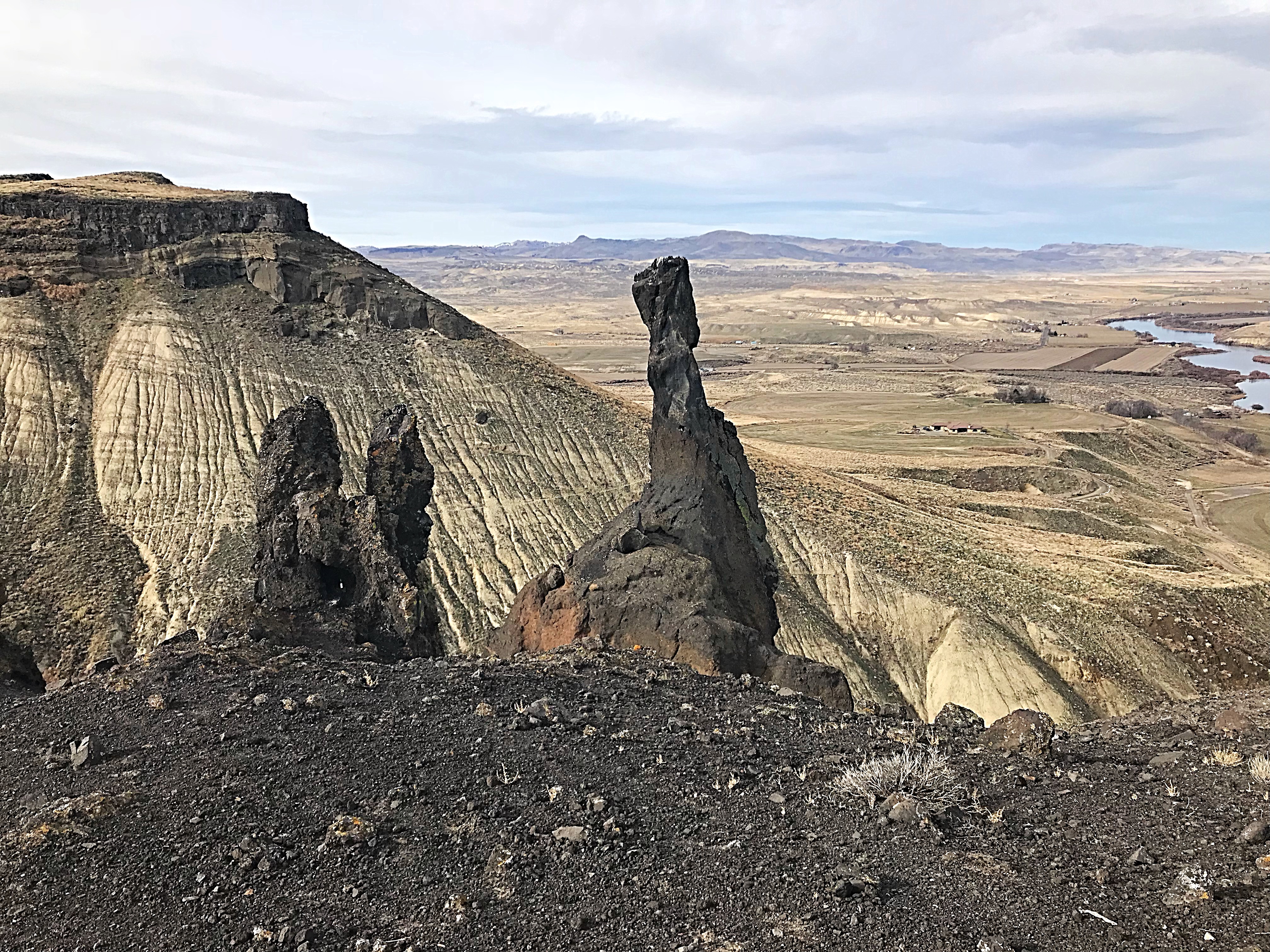 Guffey Tower on the West Side of the butte was first climbed by Tom McLeod, Dan McHale and Charlie Christ in the 1970s.

Read about the first (and only?) ascent at this link: Guffey Tower 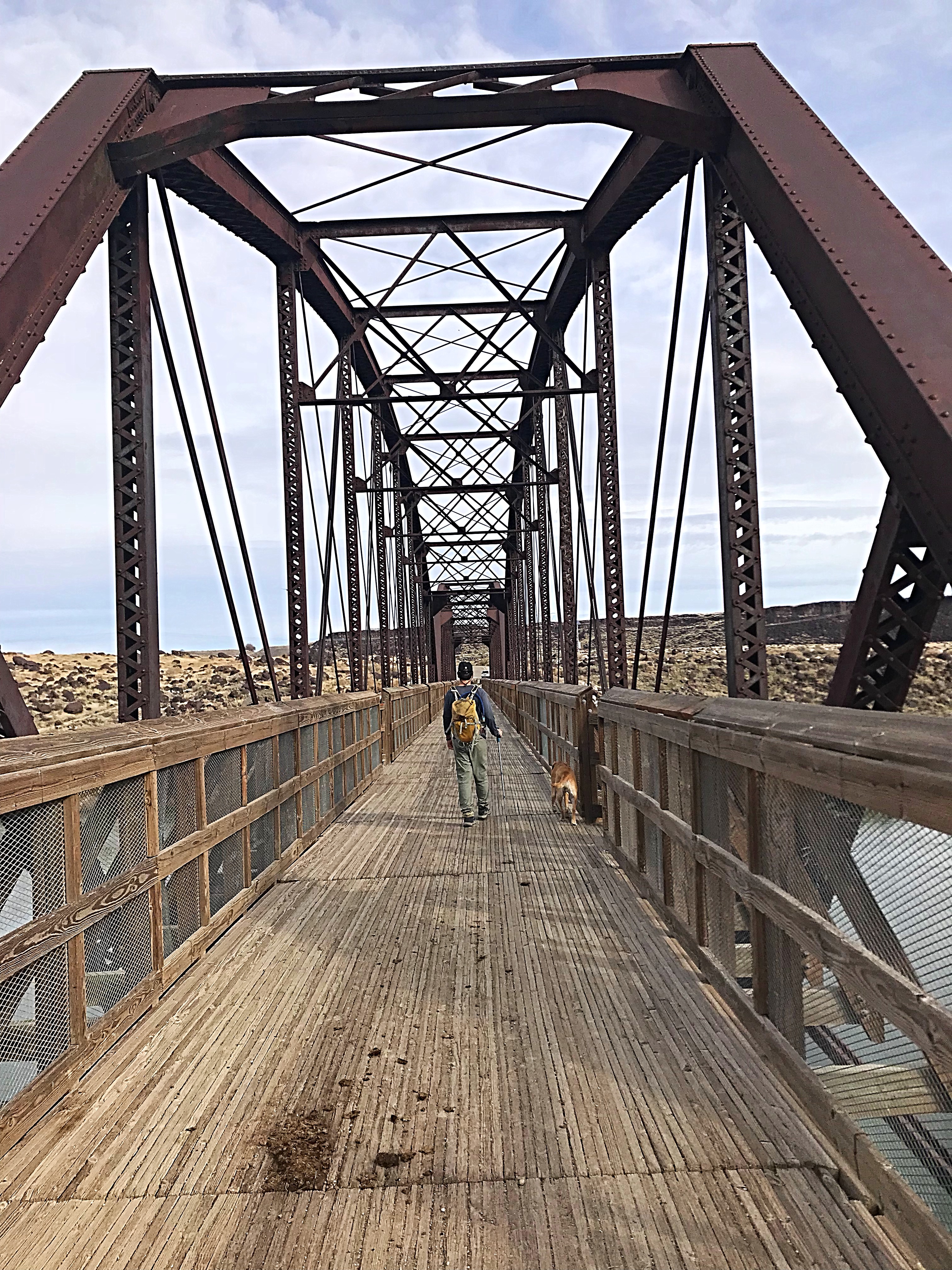