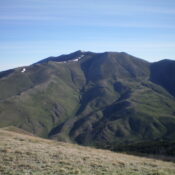 Climbing and access information for this peak is on Pages 351-352 of the book. Updated January 2023 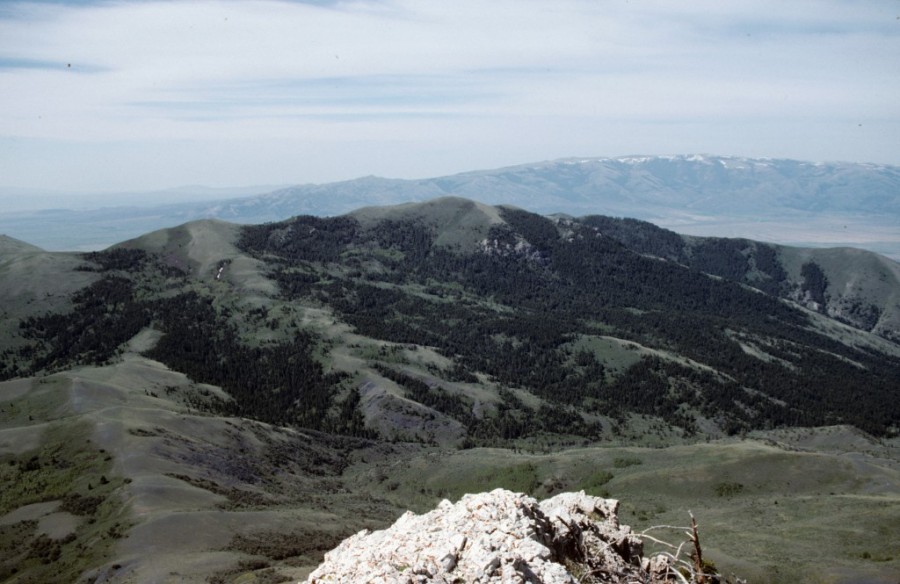 Gunnell Peak as viewed from the north

From the sharp right/west turn in ID-77 at the north end of Malta, drive south on ID-81 for 12.6 miles to a signed junction with Six Mile Road. Turn left/east onto Six Mile Road and drive 5.2 miles to an unsigned junction at a cattle ranch entrance. Turn right/south and drive 2.2 miles along a fence row on a weak, somewhat-rutted 2-track road to reach the mouth of Kelsaw Canyon and Kelsaw Canyon Road/FSR-589 and a cattle gate. Drive east up Kelsaw Canyon Road for about 3.5 miles to reach the base of the northwest ridge at a major drainage on the right/south side of the road. Park here (6,180 feet). Please note that the side road heading south up to the South Fork Kelsaw Spring (shown on the USGS topo map) no longer exists. 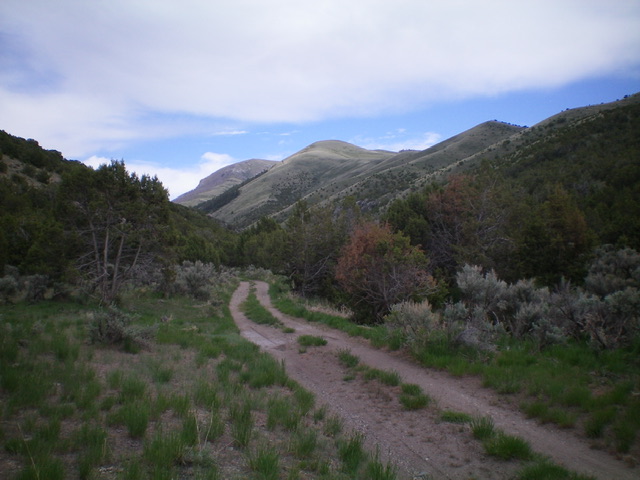 Gunnell Benchmark (the left-most hump in the distance) as viewed from Kelsaw Canyon Road to its west. Livingston Douglas Photo 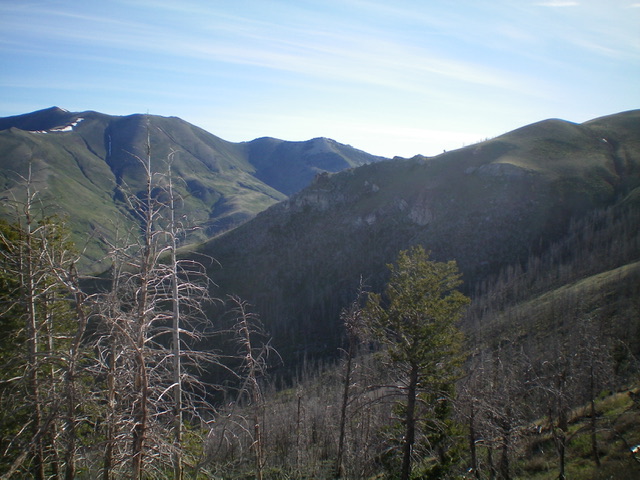 The rugged section of the northwest ridge (my ascent route) is in mid-ground and heads up and to the right. Livingston Douglas Photo

From Kelsaw Canyon Road/FSR-589, head east across a dry gully to gain the toe of the northwest ridge. Scramble southeast up the ridge crest on short, easy scrub. At about 7,800 feet, reach an imposing ridge buttress that blocks further advance. Skirt the left/north side of the buttress on steep, loose scree and deadfall (snags from a forest fire). Once past the buttress, scramble back up onto the ridge crest on loose gravel/scree (Class 2+/3). Once back on the ridge, climb southeast up easy scrub, skirting a few rocky ridge outcrops on the way to the summit. Once up near the summit, head right/south to reach the summit high point, post, and cairn. I found no USGS benchmark on the summit but perhaps it is buried underneath the summit cairn. 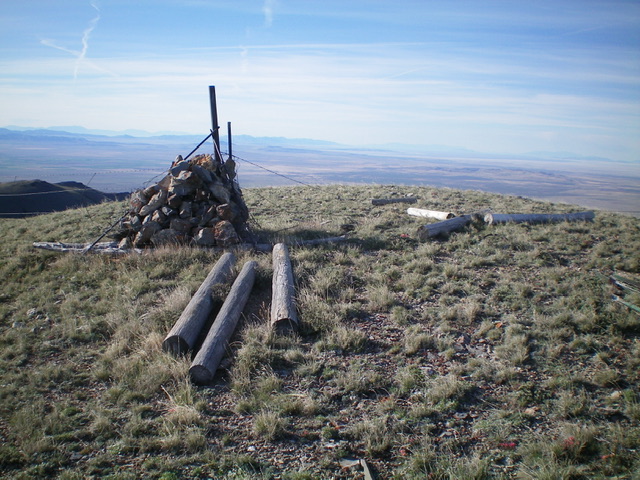 From the summit, follow an old 2-track south then southwest then west to reach a minor saddle just east of Point 7927. The 2-track ends here. Continue west over Point 7927 and northwest down the ridge crest on short scrub. Make a final bend right-ish/northeast at about 7,400 feet to descend the open north spur to Kelsaw Canyon Road. This route has a few more ups and downs than the northwest ridge but has no nasty buttresses. There are a few rocky outcrops high up to navigate but nothing serious. The final 1,300-foot drop to Kelsaw Canyon is somewhat steep but goes quickly. The north spur ends on the left/west side of the prominent gully that separates the northwest ridge from the north spur. 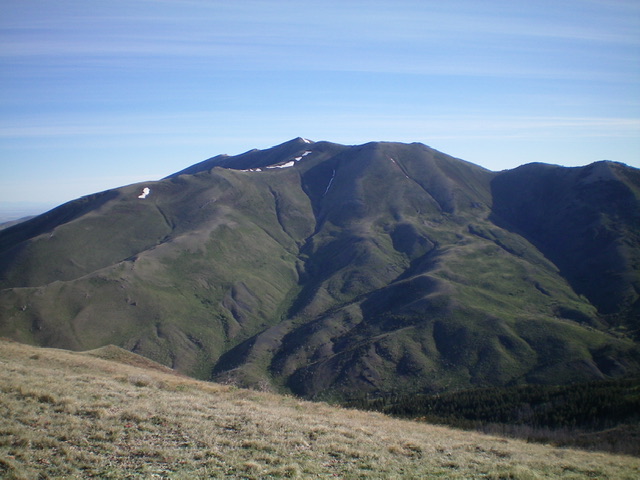 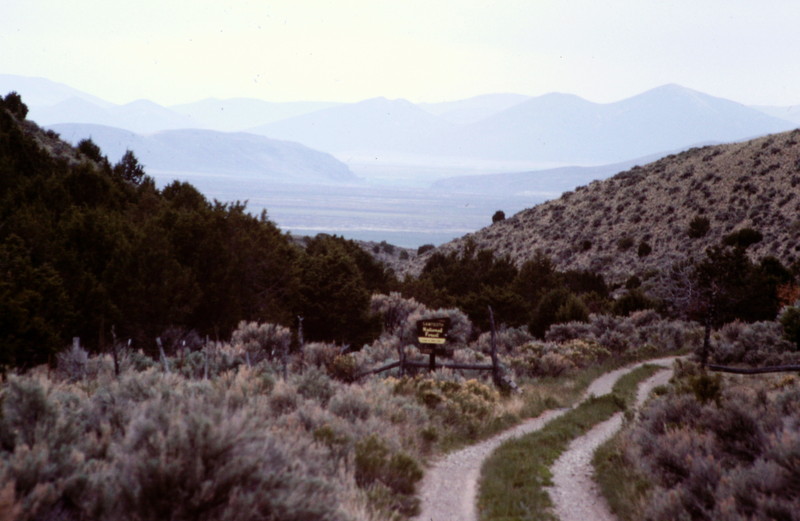 The best access to the Black Pine Mountain Crest, including Gunnell Peak, is via Kelsaw Canyon on the range’s southwest corner. 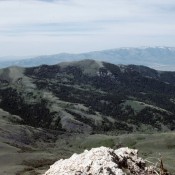 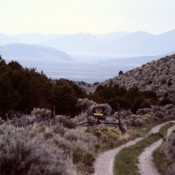