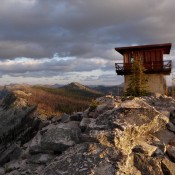 Hidden Peak is a seldom-visited summit in the middle of the Selway-Bitterroot Wilderness. Although trails lead to its summit, it is a long hike. USGS Blodgett Mountain 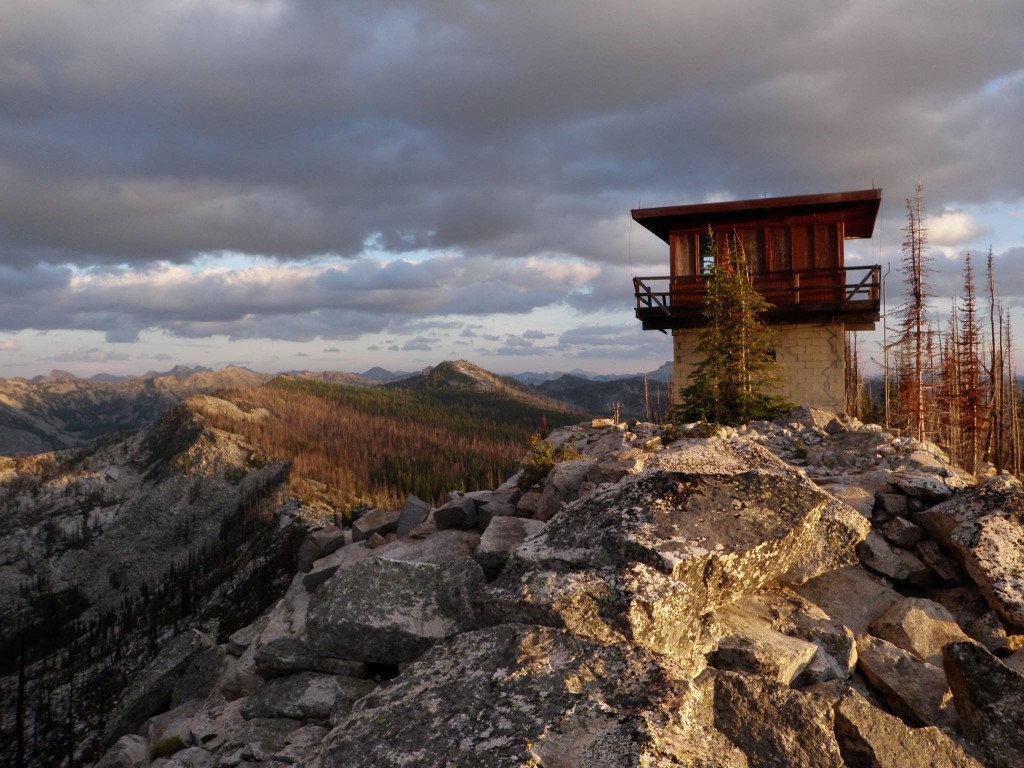 Hidden Peak Lookout tower is located in the Selway-Bitterroot Wilderness at an elevation of 7,826 feet. The present 10-foot concrete base topped with an R-6 cab was placed there in 1961, three years prior to the designation of the Wilderness. It was used into the 1970’s. Two lookout structures were located there, previously; a 16’ by 16’ shake cabin in 1927 and a L-4 cab in 1931.