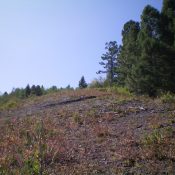 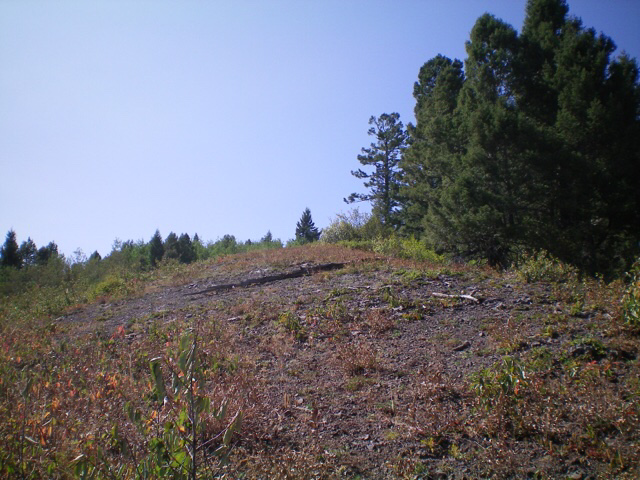 Looking up the steep, open area on the south side of the crest of the east ridge. The camera does not do justice to the STEEPNESS here. Livingston Douglas Photo

The better road access for FSR-303 is from the north, but I don’t have specific mileage figures. From south of Island Park on US-20, turn west onto [signed] Antelope Flat Road/FSR-168. Drive about 3.5 miles west on FSR-168 to a junction with FSR-771. Drive south on FSR-771 for just over a mile to a signed junction with FSR-303.

From the parking pullout, bushwhack southwest up through the dense pine forest (with thick veg to boot) to reach the open terrain of the south side of the east ridge. This [blessed] open terrain area is NOT shown on the USGS topo map but it is well worth finding. Scramble west up the ridge crest (or just left/south of it) in steep, open terrain of scree/gravel, grass, and short scrub to reach the east summit of High Point.

Follow a cattle/use trail in the forest from the [lower] east summit to reach the true/west summit. This entire area, including the summit, is thick with brush. There is no summit cairn or visible benchmark (as the USGS topo map indicates) and not much of a view from the top. The spur road to the top shown on the USGS topo map no longer exists. I found no remnants of any road up near the summit. 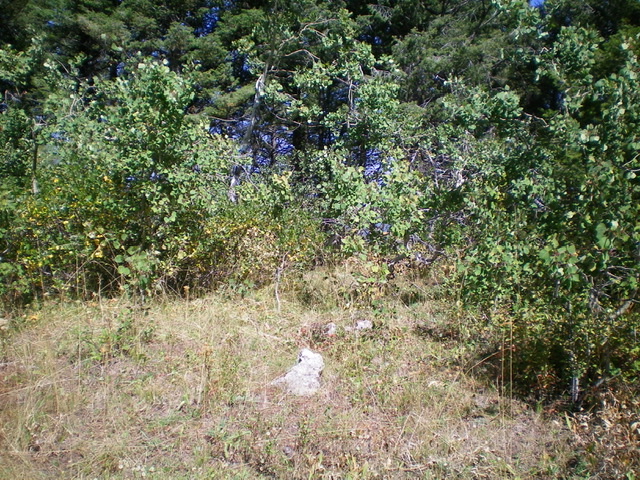