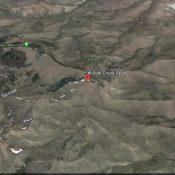 Joes Mountain sits southwest of Beaverdam Pass and is a very high peak (6th-highest in the South Hills). The peak is guarded by thick pine forest on its north and west aspects. The mountain’s weakness is its southwest face, which is an easy scramble on open terrain directly from an ATV road/trail (FST-268) that comes up from Beaverdam Pass. USGS Mahogany Butte 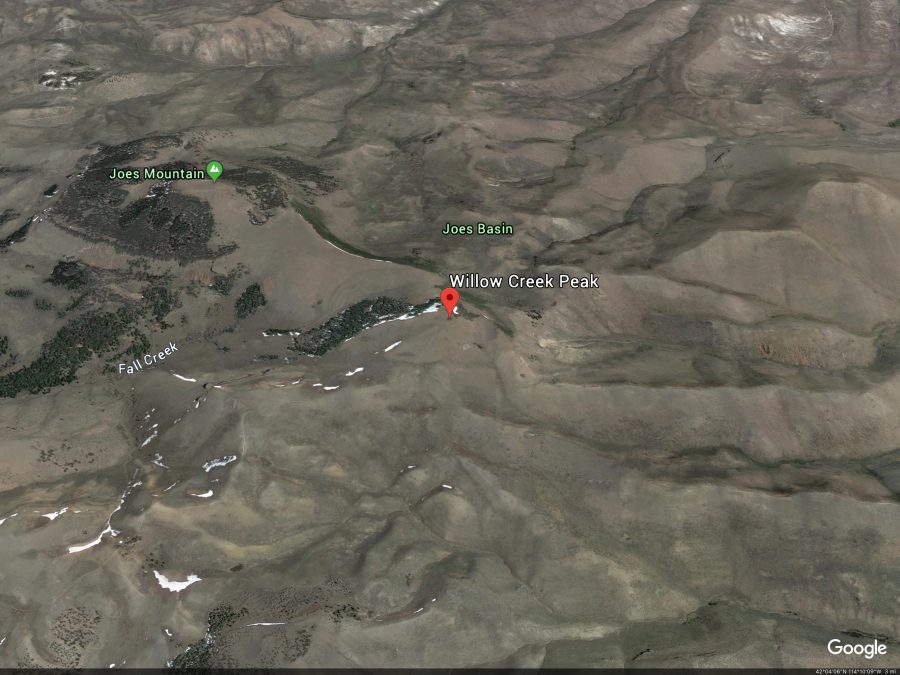 From the road junction, follow FSR-535 southward for 0.1 to Trapper Creek. Ford the left/east side of the cold creek where the water is shallowest. Once across the creek, hike up the road for about 3-3/4 miles to Beaverdam Pass (6,600 feet). This is cattle country, so be prepared for cow encounters, especially higher up. Just prior to reaching Beaverdam Pass, there is an unsigned road junction with FST-268, an ATV road/trail.

FST-268 is a real mess. It is badly rutted and is exceptionally muddy. I hiked it when the mud was dried but there were deep cattle and horse prints in the mud and the ruts were severe. When wet, this road is probably impassable even for an ATV. You would not want to hike this road in wet conditions either. Follow FST-268 up to a signed trail junction on the north side of Joes Mountain. Go left/south onto FST-876 and follow it up a very steep section to reach a forest of aspens and mountain mahogany. You will be grateful to be on an ATV trail here.

Follow FST-876 as it turns right/west and then subsequently bends left/south to skirt the west face of Joes Mountain. The ATV trail eventually pops out in beautiful open terrain after passing the summit of Joes Mountain. The trail/road is heading to a broad saddle between Joes Mountain and Willow Creek Peak. Once you are clear of the thick forest on the left/east side of the trail, leave the trail and scramble up the open scrub/scree/gravel of the southwest face of Joes Mountain to reach the summit. Stay to the left/west of a thick strip of aspens in your climb up this face. The footing is rather loose on this face so be careful. The high point on Joes Mountain is a rocky outcrop at the south end of the tilted summit plateau. There was no summit cairn on top or any signs of previous ascent, though it’s probably been climbed many times previously.

There are some serious measurement errors on the USGS map for Joes Mountain and Willow Creek Peak, some of the worst I’ve ever seen. The USGS Mahogany Butte Quadrangle is missing the 7,200-foot contour line. The map uses the standard 200-foot bolded contour interval for the major contours (with 40-foot non-bolded contour intervals in between the major contour lines). The map jumps from 7,000 feet to 7,400 feet on the west side of Joes Mountain. However, on the south side of the mountain, the 7,200-foot contour line IS there. Confusing, eh?