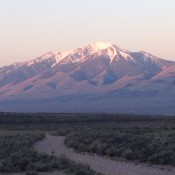 Climbing and access information for this peak is on Page 289 of the book.

King Mountain is one of the most massive peaks in the State of Idaho. It is the 168th-highest Idaho summit and, in terms of prominence, it ranks #50. It is a great mountain by any measure. As a result of the mapmakers placing the peak’s name on the peak’s [lower] middle summit, most people who attempt King Mountain stop at its lower summit which is 10,612 feet and is unranked.

The true summit of this peak is referred to as North King Mountain by LOJ and Peakbagger. Clearly, the highest point on this great mountain is the summit of King Mountain, not the [lower] middle summit. I do not have any problem with people counting the 10,612-foot peak as a separate peak, but if you want to climb King Mountain follow the long, enjoyable ridge north to the true summit. USGS Ramshorn Canyon 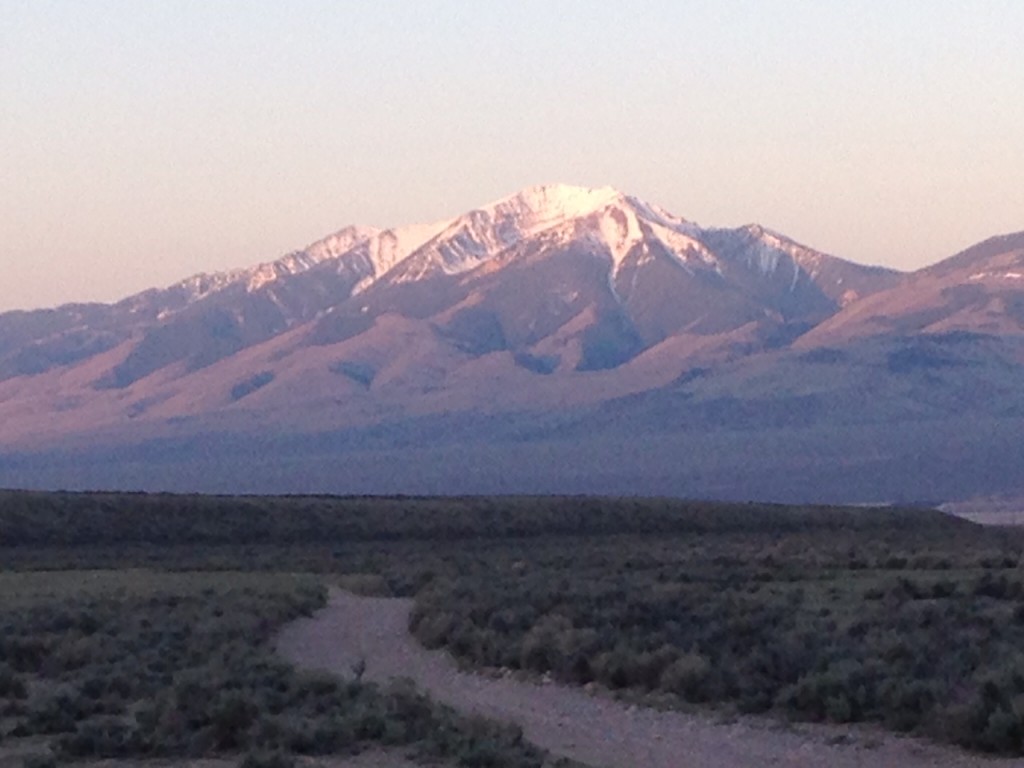 King Mountain as viewed from the Little Lost River Valley. 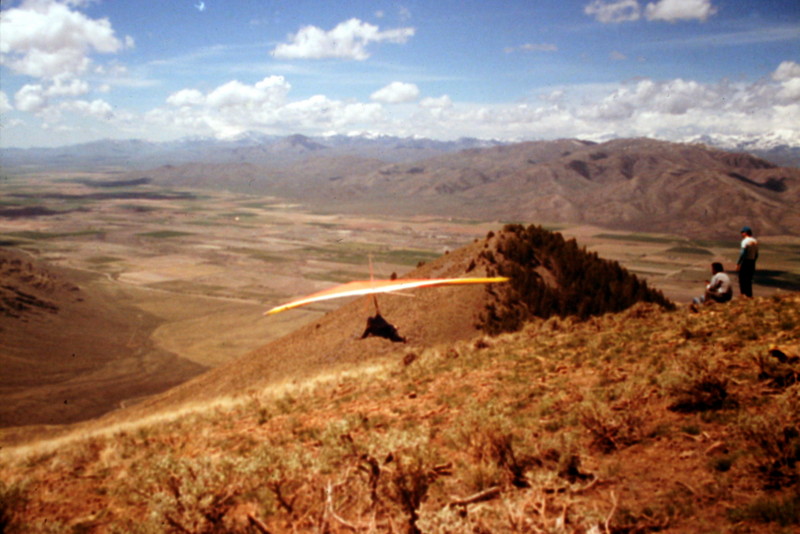 King Mountain is probably better known for its hang glider launch point than as a must-do Lost River Range peak. Thanks to the popularity of the launch point, there is a decent road which goes to nearly 8,000 feet. 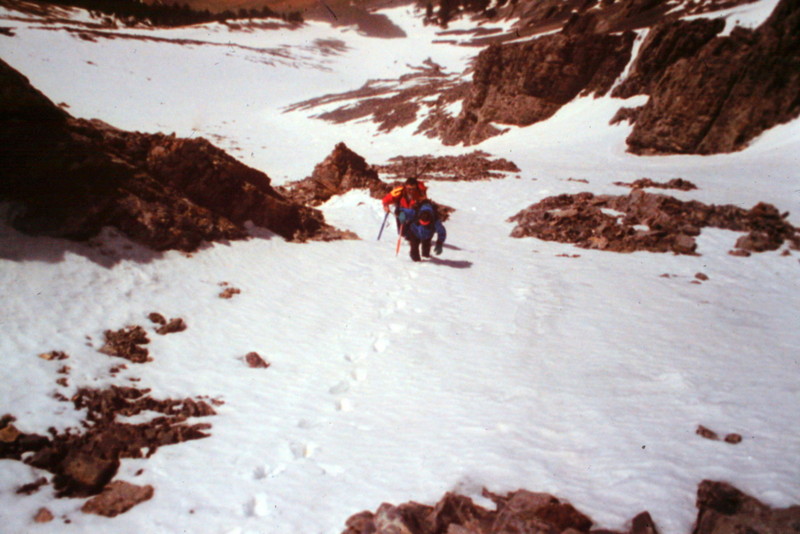 The ridge/rib from the launch point to the peak’s 10,612-foot Middle Summit is steep and eventually melts into the West Face. 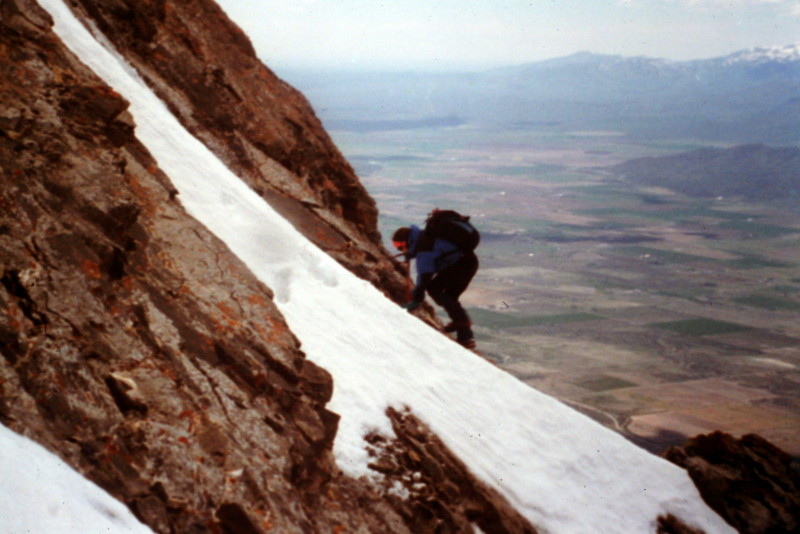 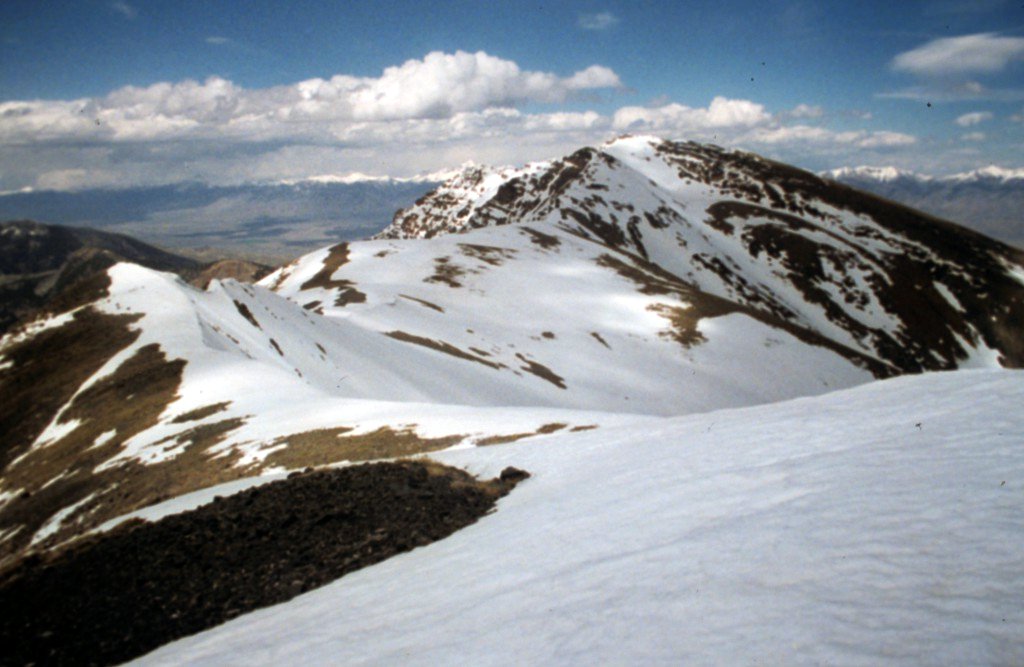 The True Summit of King Mountain as viewed from near the Middle Summit. The intervening summit ridge is a classic walk. 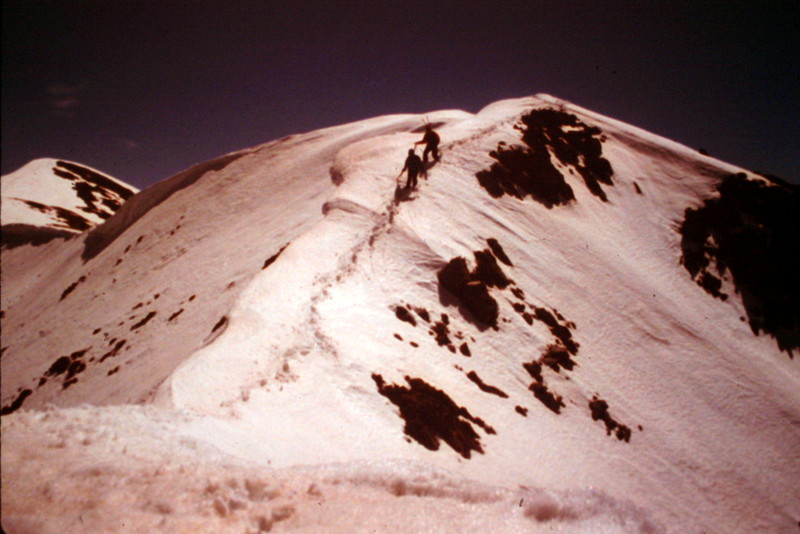 Climbers traversing the summit ridge between the Middle Summit and the True Summit. 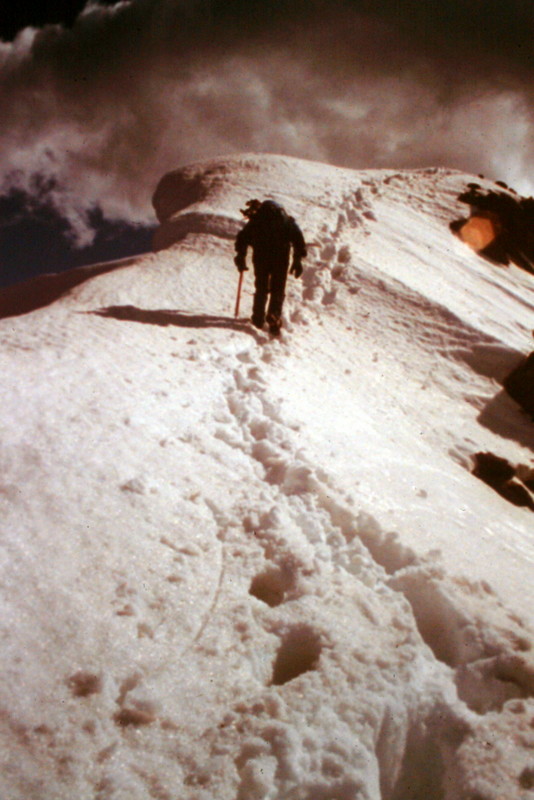 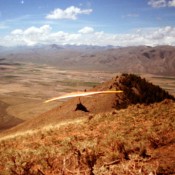 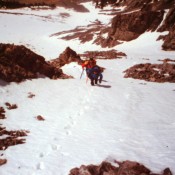 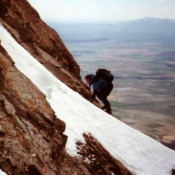 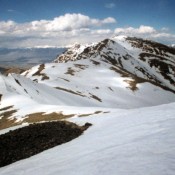 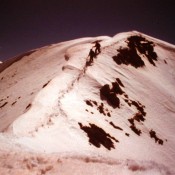 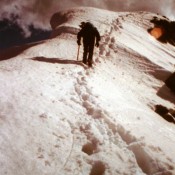