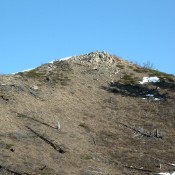 Krall Mountain is a good destination for the month of May before summer temperatures hit. The peak is located NNW of Prairie, Idaho. The peak was burned over by a massive forest fire in the early 1990s and is mostly treeless. Since it has nearly 1,000 feet of prominence, it is a great place to view the surrounding country. USGS Long Gulch

Access the East Side of the peak from FS-113. This road runs between Prairie and the Middle Fork Boise River. The road is usually well maintained in the Summer and is drivable by passenger vehicles after it has been graded. 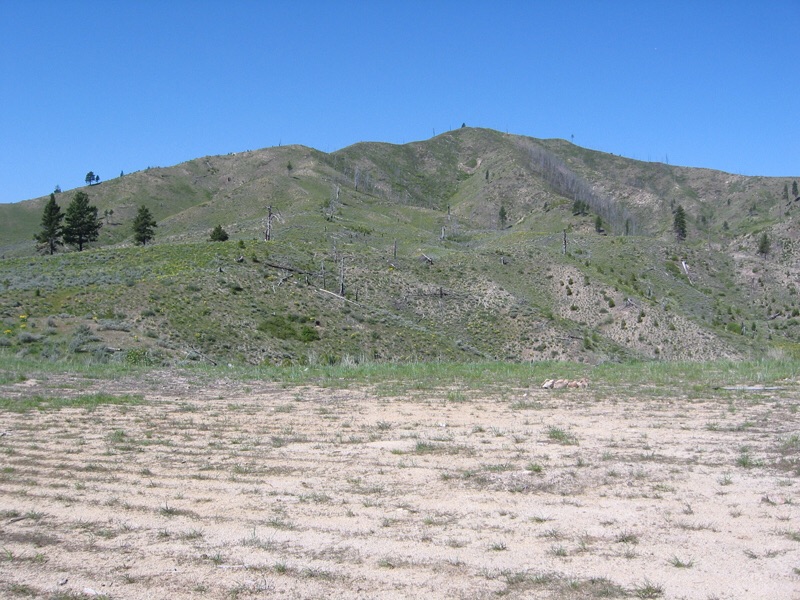 Krall Mountain burned over in the 1990s and is nearly devoid of trees as a result. John Platt Photo

Climb the peak via its East Ridge, which is accessed from FS-113 where the road crosses a pass between Rattlesnake Creek and Long Gulch. The ridge is broad at first but narrows as you approach the summit. 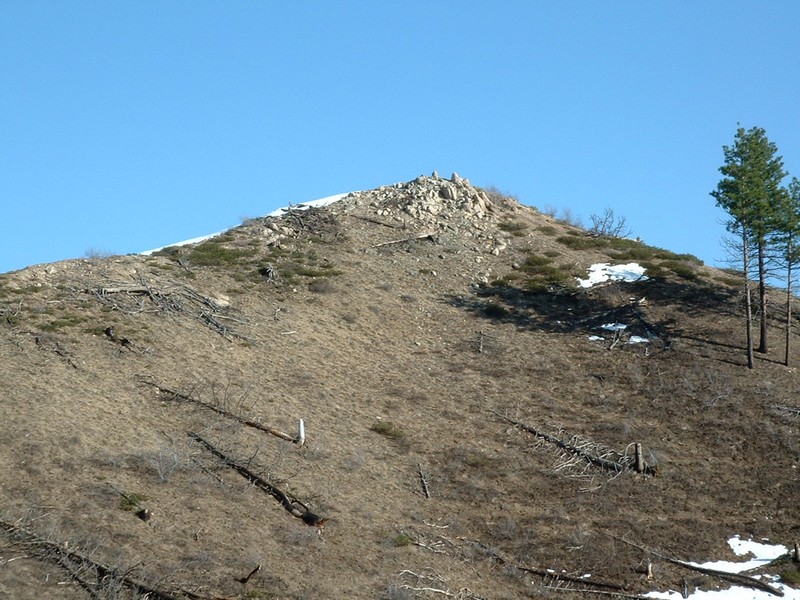 Krall Mountain is a short hike from the nearest road. Dan Robbins Photo