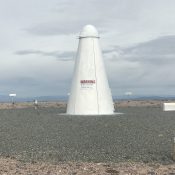 Lake Mountain is located on the East Edge of the Salmon River Mountains, 14.0 miles southwest of Salmon, Idaho. It was once a fire lookout but is now the home of an FAA site. The FAA has sheared off the top and put a location beacon in the center of the scar. The fire lookout’s history is set out below. Additional information can be found at the links for the fire lookout sites. USGS Lake Mountain 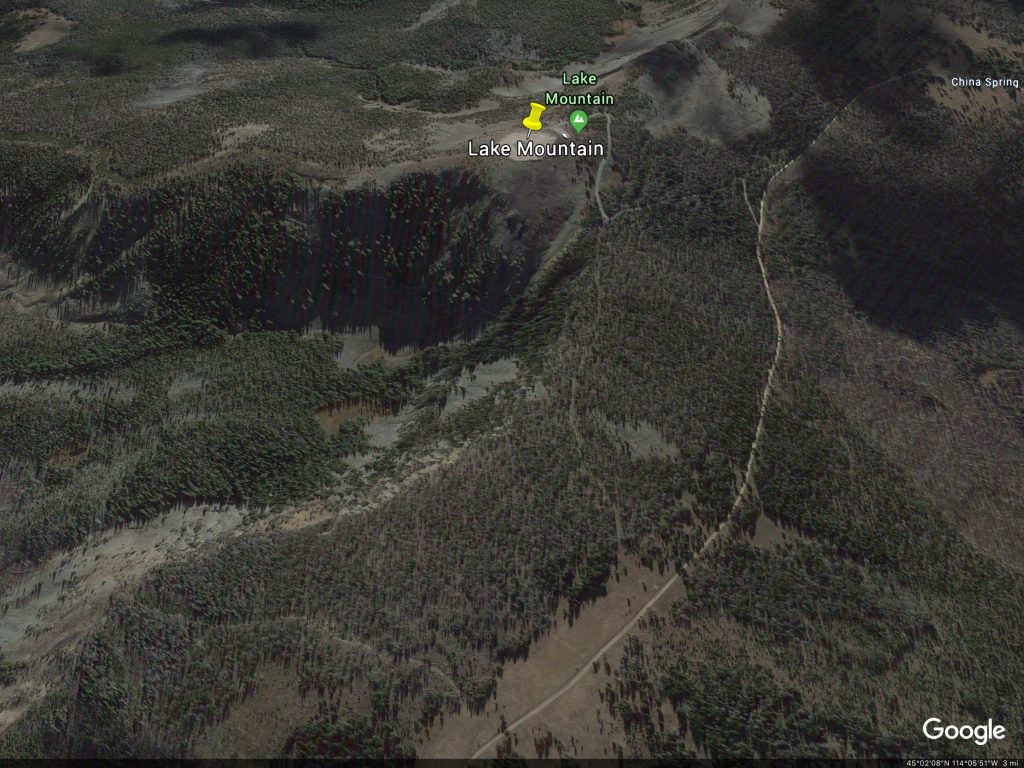 See [(H)(1) and (2) on Page 142] updated here. Drive south from Salmon and the junction of US-93/ID-28 on US-93 for 4.9 miles. Turn west, cross the Salmon River and follow FS-021 for 13.0 steep miles to Williams Creek Summit. This road is paved at first and is then a well-maintained, gravel road that is plowed in the Winter. From Williams Creek Summit, turn north onto the Salmon River Mountain Ridge Road/FS-020. The ridge road is an occasionally-maintained road with its share of rough spots. Follow FS-020 south for 5.9 miles to an unsigned junction with FS-389. Turn left and follow this road to the summit in 0.5 miles.

Two cautions: First, there is a gate near the beginning of FS-389. It was open in July 2019 but may not always be open. Second, there is an old sign just below the summit. The sign is difficult to read but may say that driving up to the top can cause hazards to aircraft? A Google search did not locate anything about the FAA installation. 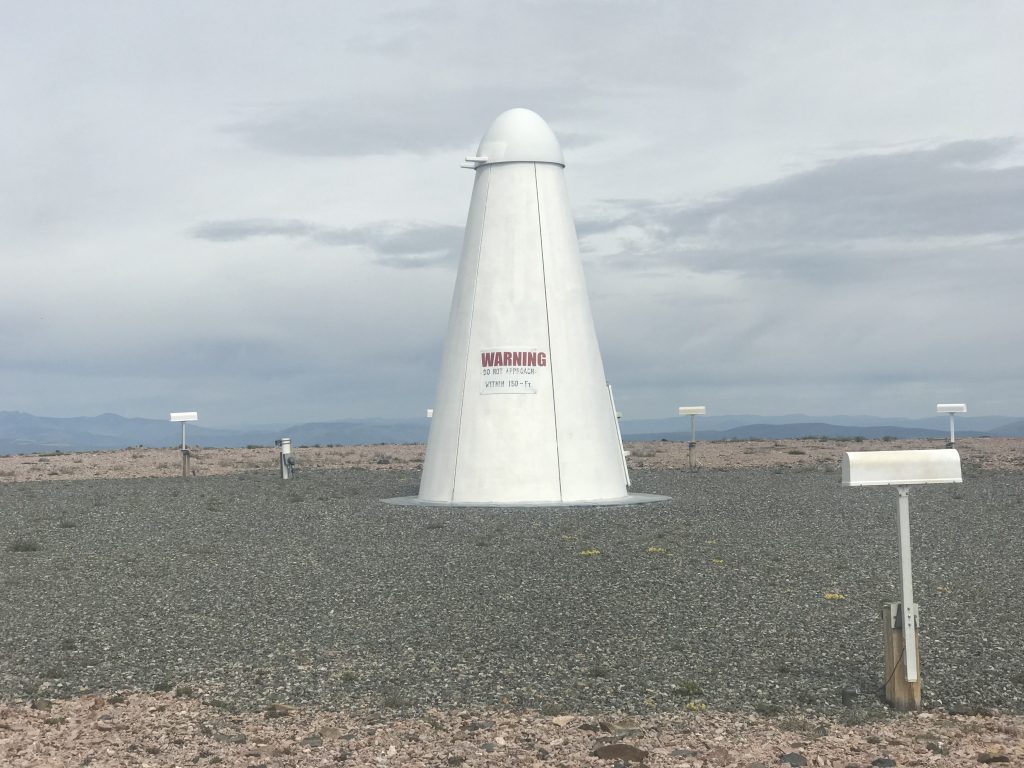 This is the installation on the summit. It has a sign that states “Do Not Approach within 150 feet.” 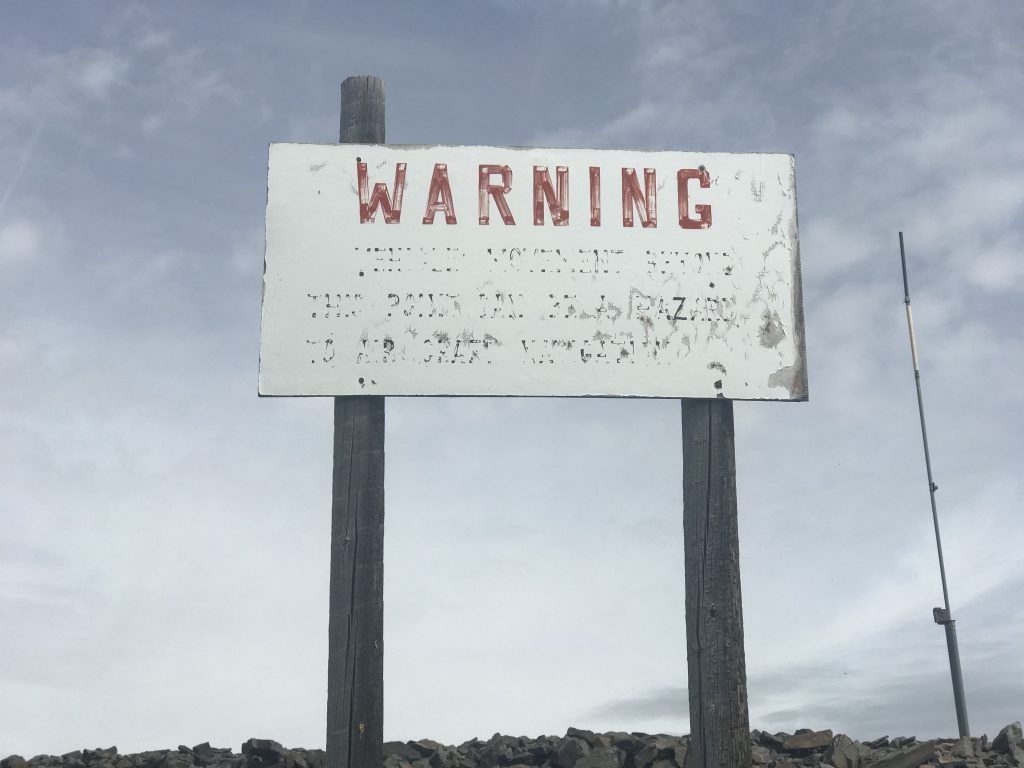 This is the sign located just below the summit.

For over five decades, Lake Mountain stood as a primary lookout. It was both one of the oldest lookouts and one of the most important, as it was located high atop the Salmon River Mountain Ridge (9,274 feet). Then in the early 1970s, the Federal Aviation Commission petitioned for its removal so that a new VOR site could be built on the spot. They succeeded in getting the lookout removed. Some forestry people are still a little bitter over the loss of Lake Mountain, while others claim it hasn’t been that big of a loss. Many feel that the removal of Lake Mountain was prophetic of the eventual demise of the fixed detection system, as this was the first of the “real important”     lookouts in the Salmon National Forest to go.

To understand Lake Mountain’s importance, one must visit the location. The view is one of the most incredible to be found on the Salmon National Forest and one can see a great distance in every direction—much more so than from most sites. Lake Mountain, in recent years, was the only fixed detection point with a view of the Cobalt—Yellowjacket Country, looking toward Middle Fork Peak. In addition, it covered the Sal Mountain Area, part of which is particularly prone to fires. The lookout gets its name from Williams Lake, the largest lake in the Forest and has an excellent view of the lake.

Lake Mountain is consistently referred to as a lookout of primary importance on every map from 1918 on. It is easily reached via the Salmon River Ridge Road, and the Williams Creek Road, though all that currently exists on the site is the VOR equipment. —Salmon National Forest Fire Lookouts by Bing Young 1982, Page 28 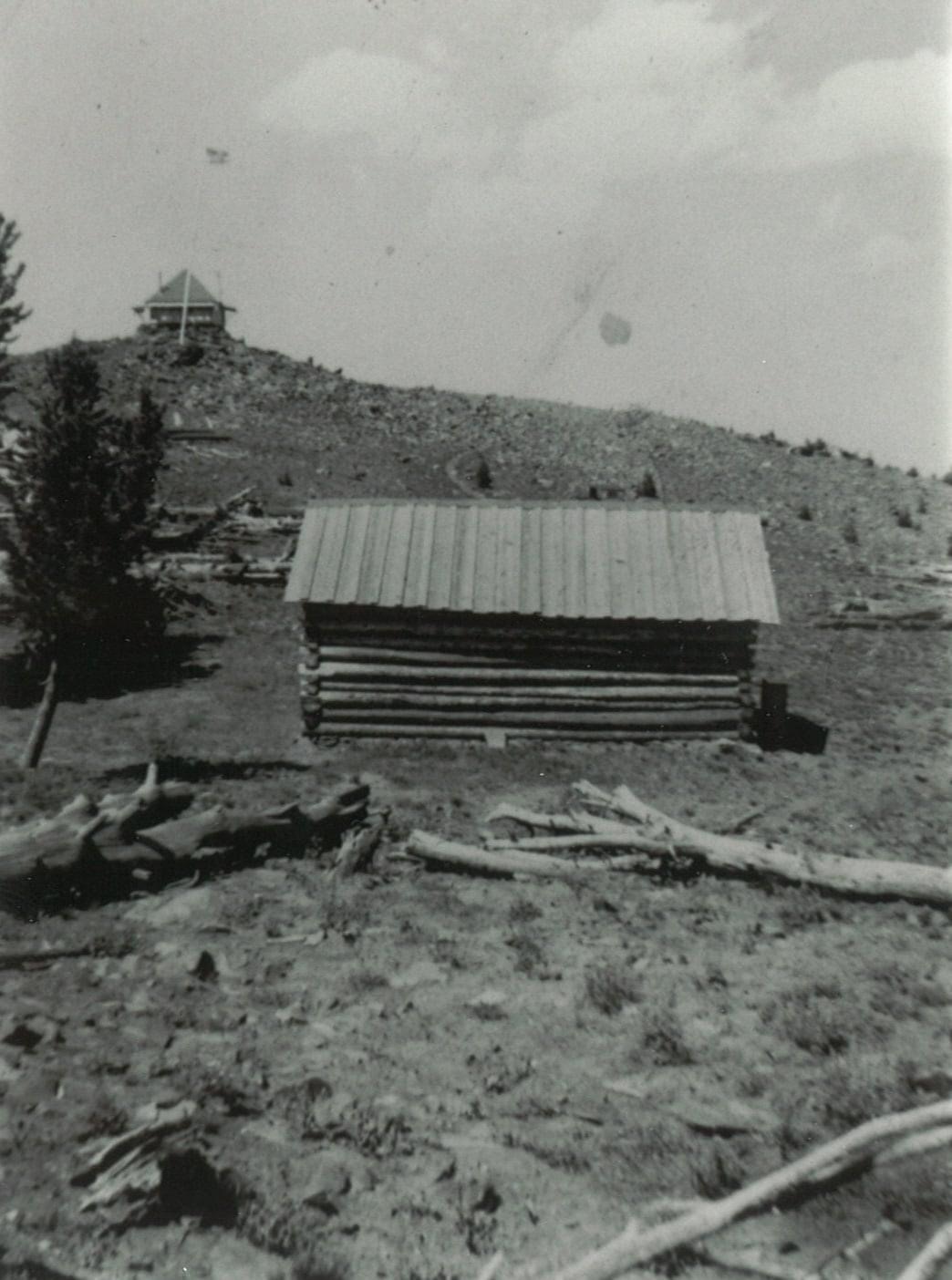