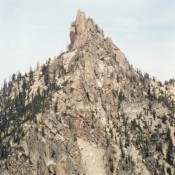 Climbing and access information for this peak is found on page 171.

This spectacular peak is ignored by most rock climbers. It has good rock and, while the approach is long, it is almost all on good trail. The first ascent was made in 1957. Lyman Dye guided many climbers up the peak when he ran his guide service. USGS Warbonnet Peak 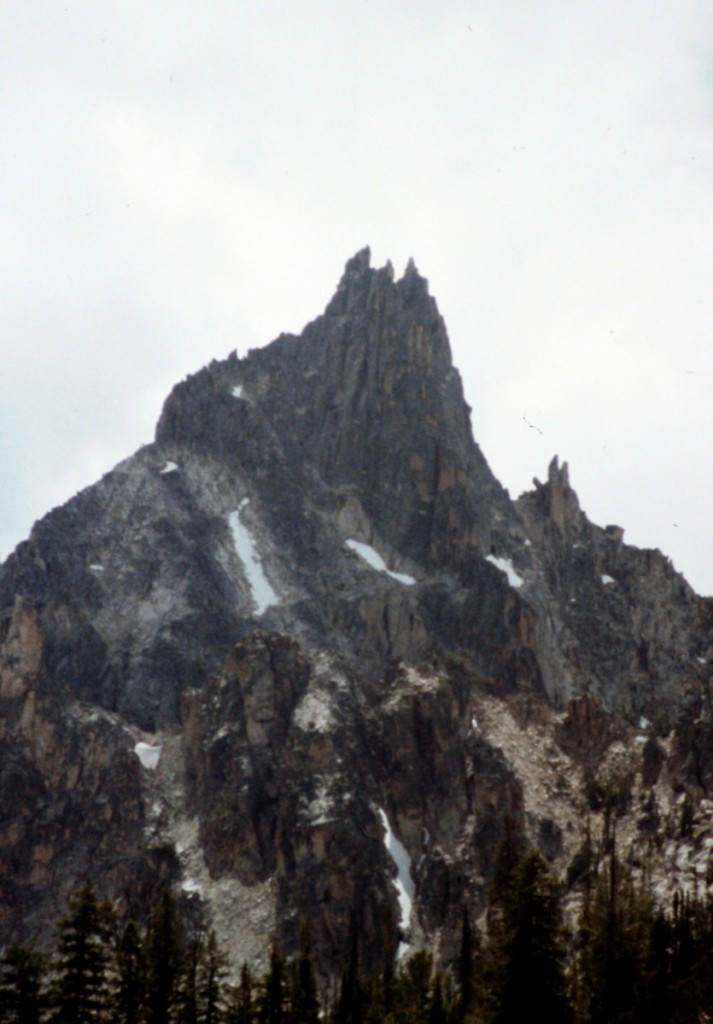 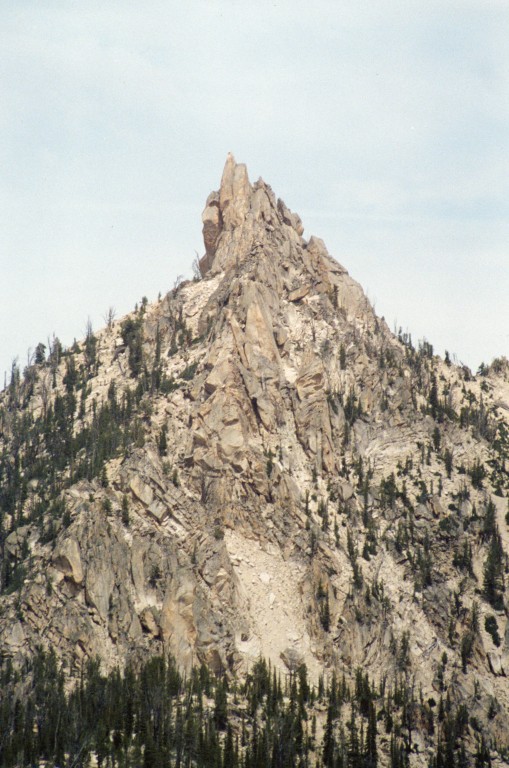 Le Bec D’Aigle as viewed from above Alpine Lake.