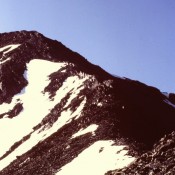 Climbing and access information for this peak is on Page 297 of the book. Livingston Douglas has provided a valuable update that is set out below. It appears that most people who climb this peak are those seeking 2,000-foot prominence peaks. They uniformly climb the peak from the west which requires getting permission to cross private property. Use the links below to read Ryder Irvine’s and Daniel Coulter’s trip reports for the western approach. Updated August 2021

Lem Peak is the first peak I climbed in the Northern Lemhi Range. It is located above the beautiful Bear Valley Lakes Basin. The peak has 2,485 feet of prominence. As a result, Lem Peak is a popular summit for prominence chasers. If you really want to experience the Northern Lemhi Range and bag a bunch of 10ers, backpack into the Bear Valley Lakes for a few days. The photos below are from my 1983 climb. Below you will also find Livingston Douglas’ access update (2017) information and his new route up the peak’s southeast ridge. USGS Lem Peak 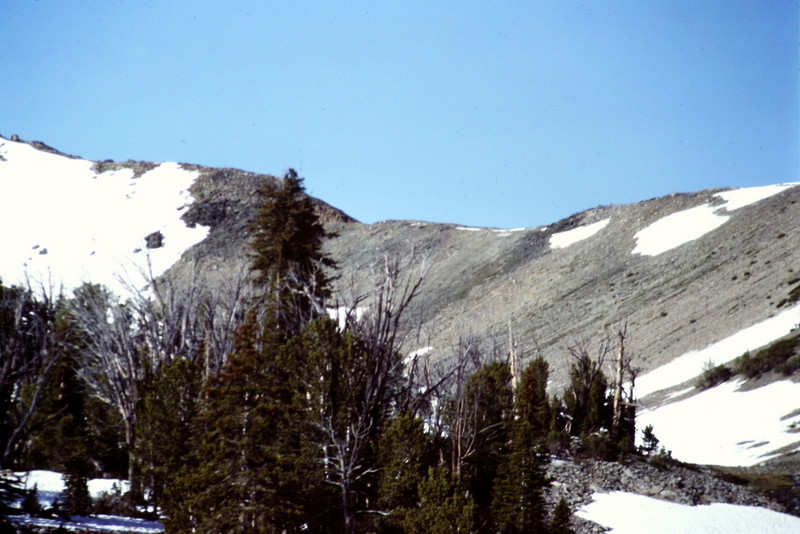 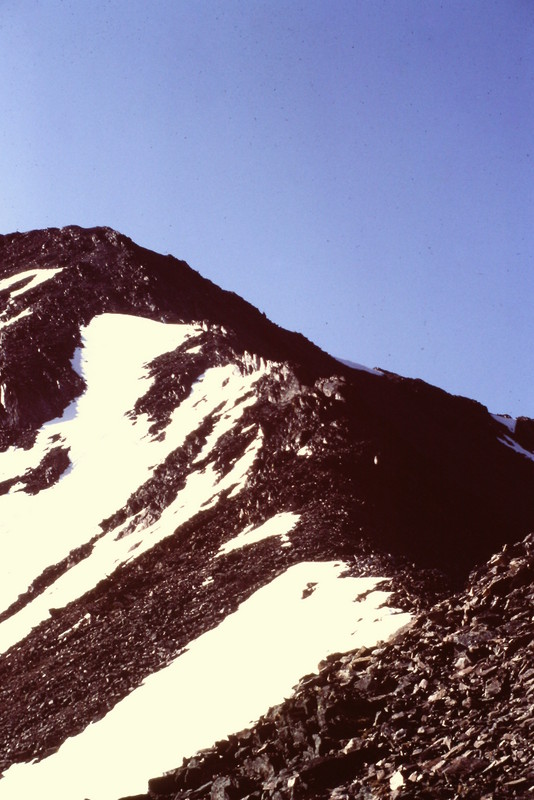 The route then follows the ridge to the summit. 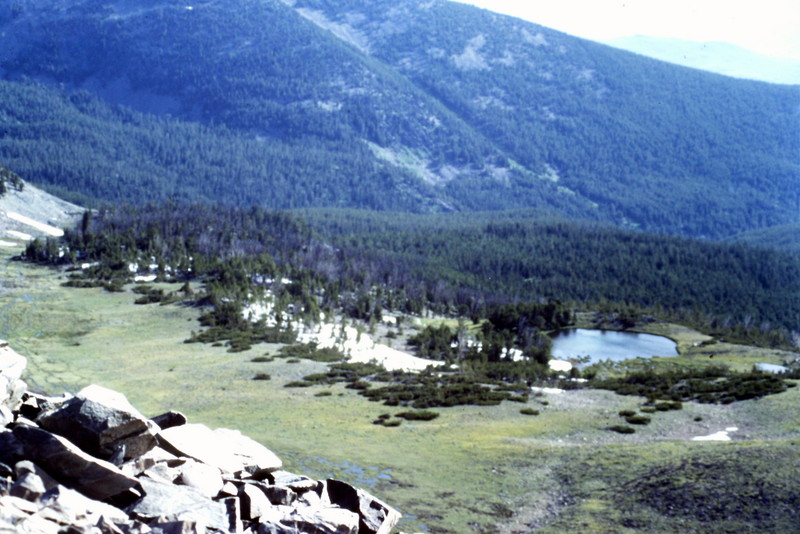 From the ridge, you have a great view of the upper portion of the Bear Creek drainage to the northeast.

Leave the trail here and bushwhack west up the north side of the drainage to reach Buck Lake 8474. Bushwhack N then NW up a forested shoulder to cross an inlet stream. Now bushwhack west, following the primary stream up to the north side of Buck Lakes 8920. From here, scramble up the right side of the stream drainage at the base of a talus field. Leave the talus higher up, cross the stream, and climb leftward through the forest to reach a small sub-ridge that is located directly north of Buck Lakes 9456. The bushwhack is now over and the climb begins.

From the sub-ridge above Buck Lakes 9456, follow the sub-ridge west briefly until it turns sharply south. Continue up the talus-and-boulder sub-ridge as it climbs steeply south to join the northeast spur ridge at 10,300 feet. Scramble up this less-steep spur ridge SW to Point 10460 on the southeast ridge of Lem Peak. Don’t be tempted to contour around the north side of Point 10460 as the terrain is steep, loose scree.

From the top of gentle Point 10460, descend WNW approximately 60 feet to a narrow saddle. From here, climb NW up the ridge on Class 2 ridge rock. You’ll soon be on top of the small ridge crest that is Lem Peak’s summit. Congratulations, you’ve reached the top of the crown jewel of the Northern Lemhi Range. Enjoy the views! If you plan to also climb Buck Lakes Peak (as I did), descend the full length of the southeast ridge of Lem Peak to a gentle ridge saddle at 10,100 feet. If you stay on the ridge crest (climbing up over Point 10460), it will be a Class 2 scramble the entire way. 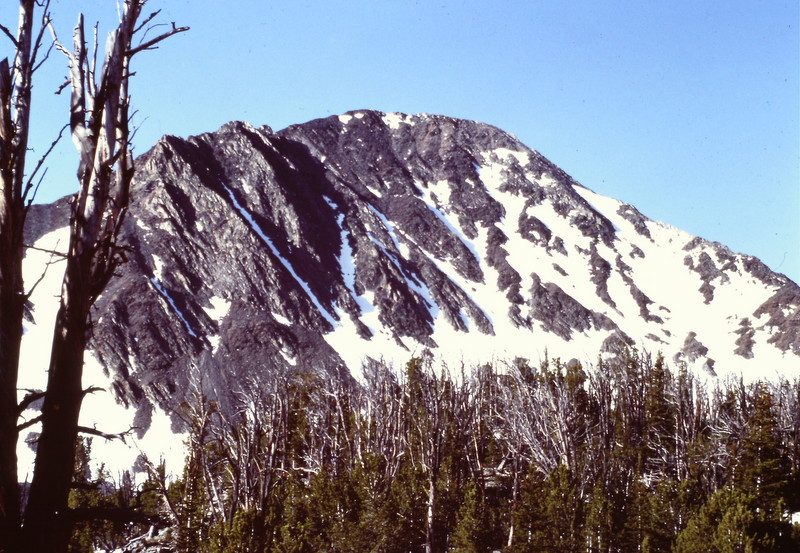 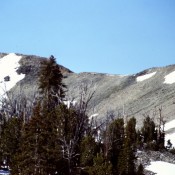 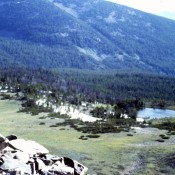 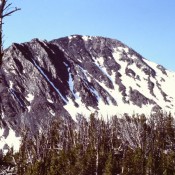