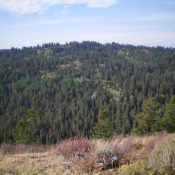 Lightning Ridge is one of several named ridges in this area of the Caribou Range. It is situated between two more prominent ridges: Deadhorse Ridge to its east and Fourth of July Ridge to its west. It is most easily climbed via FST-263 which crosses Lightning Ridge very close to its summit. USGS Commissary Ridge 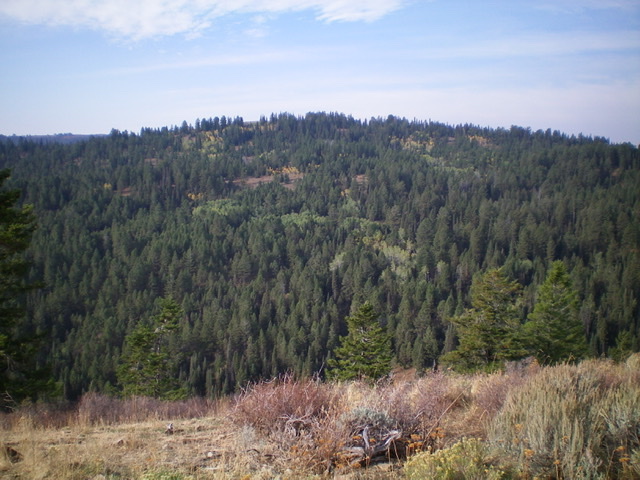 Lightning Ridge as viewed from Peak 7794 to its northeast. Livingston Douglas Photo 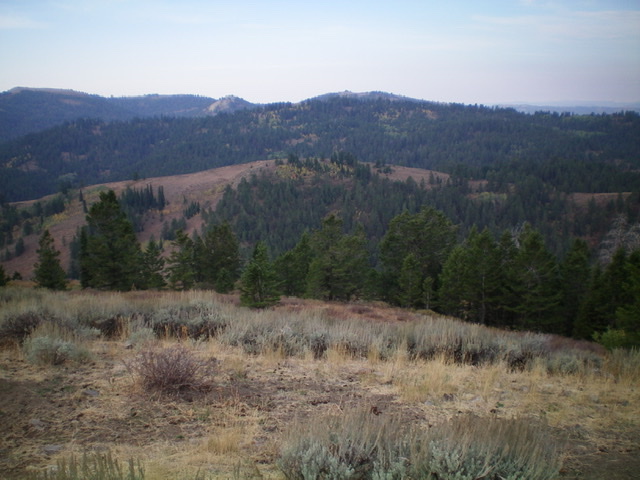 Only the final scramble is Class 2. From the 7,460-foot connecting saddle with Peak 7794, follow FST-263 as it climbs southwest diagonally up to the crest of Lightning Ridge. Leave the trail on the ridge crest and hike a short distance east to the open summit high point in easy grass/scrub. Please note that the USGS topo map incorrectly positions FST-263 on the east side of the summit when, in actuality, the trail is on the west side of the summit. The forest on the west side of the trail is slightly lower, according to my altimeter. The summit is in open terrain (not forest) and the USGS topo map is correct about this. I built a small summit cairn on the high point. 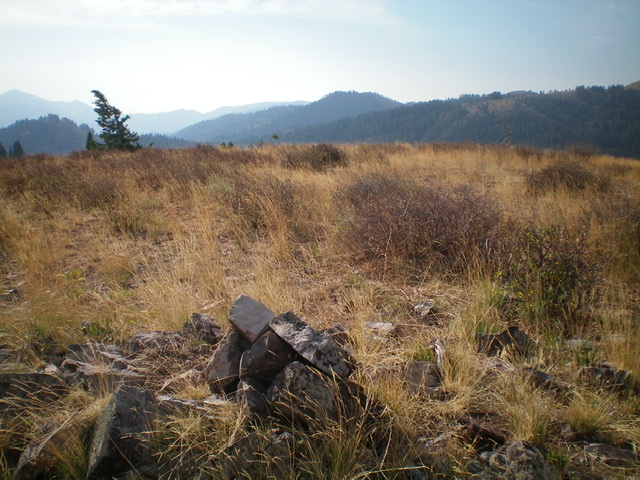 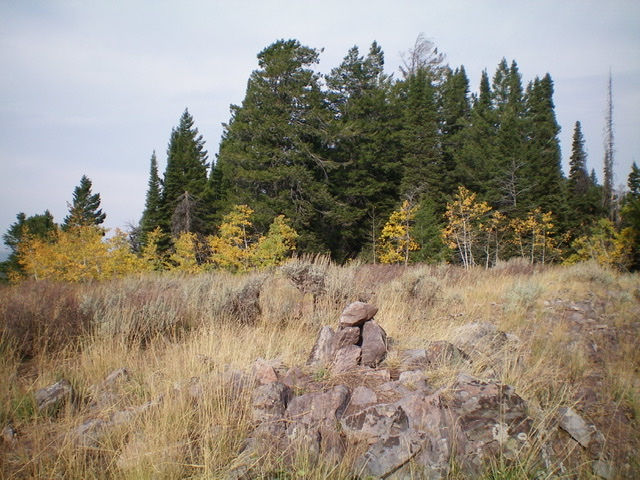 The newly-built cairn atop Lightning Ridge, looking northwest along the ridgeline. The forested area is slightly lower in elevation. Livingston Douglas Photo